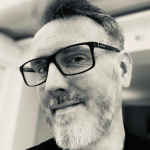 Rik Henderson has been writing about videogames and technology for the best part of 33 years. Also a former deputy editor of Home Cinema Choice, he not only enjoys playing games, he looks to do so in the best formats possible. Currently also a senior editor of news & features on Pocket-lint, he has edited and written for a wide variety of magazines, including CVG, Your Commodore and PC Review. He also appeared and produced on 90s TV shows, GamesMaster and Games World.
View:
Panels
Magazine
List