Supporter
I have 4x3TB drives in it atm formatted as JBOD and its at 90%.
Bought a 16TB drive and thought it'd be easy to attach it to the USB ports on the back, format it (NTFS) copy the stuff across, take out the 3TB drives and put in the 16TB one, how wrong I was, 2 days of copying and when I installed it the NAS wanted to initialize it!
So initialized it in the NAS but then attaching it via USB NAS said it was unusable.
Here's the external USB enclosure I'm using Dual Bay 3.5' SATA HDD Enclosure USB 3.0 - External Drive Enclosures | United Kingdom.

Having had a coffee and a bun, would I be right in thinking as its JBOD it writes sequentially so in theory I could take 1 HD out, copy 3 of them then put the 4th in and copy that?
Last edited: Apr 6, 2022

Is your HDD compatible with the NAS? 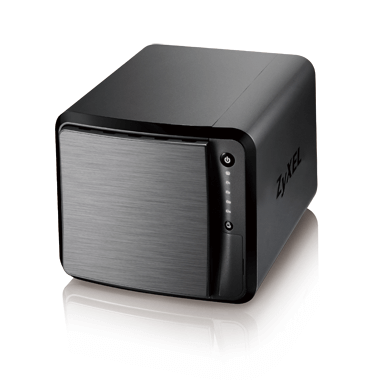 Your Choice for Reliable and Secure Personal Cloud Storage. Easy to setup, maintain and organize.

It may still work externally fine, but not be compatible with the NAS to use internally.

The NAS has its own file system based on Linux so will automatically format any drive installed in the NAS to that, it won't do that with external drives and will keep them as NTFS. So your first try was unfortunately doomed to fail.

I'm honestly not sure how you'd go about this with JBOD and don't want to suggest anything that may b0rk your files.

One thing that will work is to get another drive, if it's compatible, and do what you originally did and copy everything to an external drive, stick the other new drive in the NAS and copy it back, then add the external drive to the NAS where it will format it and you have 2x16TB drives in it.

Yeah its a linux based NAS so it was not going to accept windows NTFS for internal usage, linux uses the EXT4 file system.

I'm not familiar with Zyxel NAS and what exactly happens if you put back in the original 4 HDD's, some possible scenarios I can think of might happen.
1) it detects the original NAS OS installed onto the JBOD volume and boots normally.
2) you get any prompts to reinstall or initialize don't as it will erase the drives (power off the NAS).
3) it wipes the JBOD volume on its own without your permission (probably unlikely but you never know).

Its up to you if you want to risk it.

For resorting the 16TB HDD
1) Use balena to burn ISO of gparted Live to USB (or desktop linux distro like Linux Mint will suffice look for disk utility in live desktop)
2) Boot USB from PC and use gparted to erase the16TB HDD and create a single EXT4 file system.
3) If original HDD's are back in Zyxel NAS and working attach the 16TB via USB and copy the data over
4) Remove the original HDD's and 16TB then place 1 HDD (not 16TB drive )inside the NAS and reinstall the NAS from start so its wipes that first drive (NAS installs its OS onto the 1st drive).
5) Now power off NAS install the 16TB drive and hope it picks it up as standalone drive after the reboot.

next010 said:
1) it detects the original NAS OS installed onto the JBOD volume and boots normally.
Click to expand...

@dbeevers In order for this to happen, the disks will need to be in the same order they were before.

If you mix them up you're more likely to end up with scenario 2/ you get any prompts to reinstall or initialize don't as it will erase the drives (power off the NAS).

Supporter
Thanks guys, will digest your suggestions when I get home.
Its recommended formatting of externals was NTFS but I know there was an option for EXT4 and forgot it was Linux based.

Another thing is I'm very much Mac based but I won't let it beat me.
A

It's possible the NAS needs some sort of OS on the first internal disk (I know Synology does, I think QNAP does too). The best solution may be a 2nd 16tb disk. Do what you already did, back your data off to the 1st external 16tb, then take all the 3tb out and put in the 2nd 16tb by itself internally in slot 1, let it format, and copy all the data back in. Make sure it's all good, then put the 1st 16tb into slot 2.

Supporter
Cheers guys for all your input.
Looks like the double HD scenario is what I'll have to do, boring and not what I expected but at least when its done I'll be in a place to update to 64TB if needed
You must log in or register to reply here.