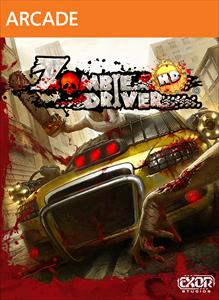 Today, almost exactly two years after Zombie Driver has been announced for the PC, we are again proud to spread the big news. A new and greatly enhanced version of the game called Zombie Driver HD is coming to Xbox Live Arcade, PlayStation Network and Tegra 2 powered mobile devices.

The game has been vastly expanded, improved and super polished for the console audience. Zombie Driver HD features a more varied narrative campaign that is twice as long as the original PC version, adding epic boss fights, demolition missions, new enemies and special vehicles such as a fire truck, bulldozer and even a tank, as well as many more gameplay enhancements... The gameplay mechanics have received a new round of polish by introducing an improved camera system, a recharging afterburner that will help you get out of tough spots and a minimap that will guide you through a labyrinth of zombie filled streets.

Besides the expanded story mode Zombie Driver HD features game modes well know from its PC predecessor such as the Blood Race and Slaughter mode. Blood Race mode is full of insane cars, guns, explosions and obviously... racing... in three distinct game types that will satisfy all reckless driving fans. Of course a real zombie game couldn't go out without some arena survival action and that's where the Slaughter mode comes in by putting the player in a desperate fight against endless zombie waves on specially crafted arenas. On top of that Zombie Driver HD includes all of the DCL known from the PC version plus an additional exclusive car!
Click to expand...