So what you got planned to play up till crimbo , for our American cousins , the holidays ( I wish ) .
A big month ahead and was wondering what members will be playing. for me it will be

Until Dawn ( when cheaper )
BLOPS 3 maybe at crimbo if positive .
AC Syndicate , SP for the new year until UC4.

I'll be probably still be playing Bloodborne, if not then Driveclub, Just Cause 3, Batman, Assassin's Creed Black Flag, Unity or Syndicate. Should keep me busy.

Syndicate seems to be getting a boost on second week sales because good word of mouth. Black Flag though for me was a beast of a game because of the departure from the norm.
LG 55" E9 , Panasonic UB820 , Sonos Arc sounbar , Sonos Gen 3 Sub , 2 x Sonos One SL ( Surrounds) , Xbox One X. Sky Q, Netflix, Amazon Prime, Disney +
E

Currently The Uncharted Collection and will pick up Battlefront on release. 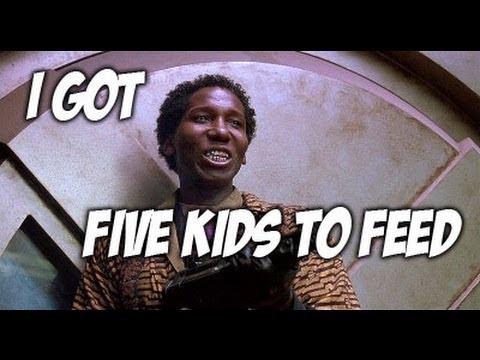 uncleclives said:
Currently The Uncharted Collection and will pick up Battlefront on release.

BigD18t said:
Need for Speed.
Fallout 4
and possibly Just Cause 3.
Click to expand...

How are you liking Need for Speed ? I know it got middling reviews but a couple of my mates are loving it just for the car modding options.
LG 55" E9 , Panasonic UB820 , Sonos Arc sounbar , Sonos Gen 3 Sub , 2 x Sonos One SL ( Surrounds) , Xbox One X. Sky Q, Netflix, Amazon Prime, Disney +

raduv1 said:
How are you liking Need for Speed ? I know it got middling reviews but a couple of my mates are loving it just for the car modding options.
Click to expand...

I have only just played about an hour before the Mrs moaned, so turned it off, but it's exactly like the Beta so far, which means annoying rubber band cars, and too many phone call's from the game's annoying characters, but i love the driving and the sound's so will put up with it.
XLB Insane200
Twitter: _DaveP_
LG Oled 55B9

November for me is:

Divinity Original Sin
Drive club bikes
Game of Thrones
Magicka 2
Project Cars career, but having gone back to Driveclub recently, this may take a back seat.

I'm undecided between Battlefront and BLOPs 3, but may get one of them in December and would like to finish the Witcher before Christmas. Will also get another adventure game, between broken sword, unwritten Tales and life is strange atm and maybe a JRPG if time permits.
W

Im not getting it straight away as i reckon there will be issues with but Star Wars Battlefront will be in there sometime. Also be getting on with...

Also i might pull on or two bits and pieces out of the pile of shame if i can get several of the games ive got on the go at the moment finished off.

Jack-Deth said:
Just Cause 3. Despite having said I wouldn't, I WILL get Fallout 4.
Click to expand...

Xenoblade looks great. Don't know if I have the time for it though.

Xenoblade does look good, but after playing Fallout Shelter on my phone for a while, I watched some Fallout 4 gameplay and I think that is going to be on my X-mas list... or birthday since that's coming up on Thanksgiving. Wewt.

I had a whole week of leave this past week and lucky me, I got to sleep in and play games at night. Wife was actually pretty accommodating. But then my son wrecked his car on a mailbox Saturday night so all my gaming for the weekend was suspended. I could punch him in the throat! I spent 3 hours yesterday and $60 helping him replace the mailbox and post and pour concrete... flippin kids. He's gonna get a job and pay back every cent.
RIP John Clark (Clarkie) 26 June 2011
PSN/XBL/NNID: Crib2Coffin ---- 3DS Code: 2380-4762-9639
Youtube: Detrimental2u Twitter/Ustream/Twitch: Crib2Coffin FB: Crib ToCoffin
DriveClub: Effing Love this game!!! - PSN ID Exchange: Improved PSN ID Exchange | AVForums

I'm playing fallout 4 now,so doubt if I will be playing it at Xmas.
Star Wars if it still has me hooked by Xmas
Mgs as I have not touched it yet
I might buy assassins creed on the cheap.
And that's about it.
Xbl#meweavy
ps4 nextgen-meweavy
cannon fodder for the masses

- Fallout 4
- return to Witcher 3 and Arkham Knight
- final episode of Game of Thrones
- try and mop up MGS V
- Assassin's Creed Syndicate, assuming it comes available at sub £30
- one of Just Cause 3 or Rainbow Six Seige, probably the former

Have a horrible backlog so I am skipping/have skipped a few of the major titles. Aiming to make decent inroads to that backlog by Jan/Feb because from there on 2016 is insane.

Also going to need to take extreme measure to avoid the Steam sale next week!

Well, I'm loving Driveclub bikes, just the last championship to bag to complete the tour. One of the best add ons to a game I've ever played. That has taken some focus away from Divinity, but that is a cracking game, so will be spending more time in that universe.

Was enjoying Magicka 2 with the lad when difficulty suddenly ramped up. It needs some thought and patience that me and the lad were lacking, so have rage quit a few times It's a little buggy too, which doesn't help, but we have earned trophies for dying and reviving hundreds of times, so maybe we're par for the course. We'll revisit with clearer heads at some point no doubt.

Started Game of Thrones, certainly has the right feel, but stalled on Project cars as I cba to do the 24hrs le mans atm..

Out of left field I installed Mass Effect 2 on PS3 courtesy of PS+ and have sunk lots of time into that. Superb game and will most likely try and get that finished in the coming months too.

Have been tempted by AC Syndicate given the positive feedback, so will be keeping a look out for deals come December on a that, but trying to keep the playlist shortish otherwise I get swamped with games and the paradox of choice kicks in..

Oh yes, need to get back to the Witcher too..

D
So you bought yourself those fancy speakers...How are they going to to fit in your entire media setup

Reasons to hang on to your DVDs
2

The big Blockbuster USA sale, wish I lived there.