Why no electric estates?

Oh there's no doubt about what's more popular
PSN : Desmo_UK
Life isn't about waiting for the storm to pass, it's about learning how to dance in the rain.

I disagree that all SUVs are always safer. It was only recently historically (70s-90s) that the safest cars on the roads were estates made by Volvo (and if they or Polestar made an all electric estate I’d be very interested ) and they were considered safer than the contemporary LandRovers of the time.....so I think estates can be made just as safe really.
I also echo the point that centre of gravity is important in a car. A lower centre of gravity is always sought after by designers because it makes the car safer to drive at all speeds (eg less wobbling and rolling than an equivalent SUV esp around corners) and in an accident much less likely to roll as well. I’ve driven plenty of SUVs and estates are almost always better drives (again, I’m looking at equivalents here - an all electric SUV will be taller and therefore have a higher CoG than it’s all electric estate stablemate - you can’t beat physics).
Aerodynamics and weight are important too. Again, look at equivalent estates and their SUV counterparts and the estates will almost always be more aerodynamic as well as lighter - 2 things you would definitely want to optimise in an electric car whose batteries require those things to be optimised for best range.
Internal space also can often be better in estates. Many SUVs look impressive from the outside but aren’t as roomy on the inside - unless you go mahoosive (GLS/Q7 ish) and I don’t want to be driving a boat sized barge around really.

So that’s multiple reasons I think estates are safer and more preferable to me than a big SUV.
I get that demand is lower, so if I have no choice something like a Tesla X would be OK, but if they offered a Tesla S estate (following this example) that would be more appealing.
Last edited: Oct 7, 2020
gafferlicious.com My opinions are my own and not necessarily those of AVForums

G a f f e r said:
if they offered a Tesla S estate (following this example) that would be more appealing.
Click to expand...

Porsche appear to be doing an estate version of the Taycan, it'll be within 10% price range of a Model S.

At the other end of the market the new MG 5 is also an estate.

If you really want an estate there are options to suit you're budget.

Now that the mainstream mfrs are getting into the EV game, you should see a bit more variety, for now tho, you cant beat the Superb or 508 PHEV as a steppingstone into the EV world.

I went from a A4 avant to a XC60 and now im dropping to a 330e saloon. Each car suited me at the time, i had 2 kids when i had the avant so it was just right, then i had 3 with xc60 and that was perfect for getting 3 seats in the back, now the kids are older, i can go back to a saloon as i can accomodate kids, a bike rack and a roof box when required.

A proper SUV is fine, but most on the market are jumped up small hatchbacks, which dont really offer much more space or comfort. I had the displeasure of a Mokka X this week, i'd take the Corsa over it all day long.
Denon AVR-1912.Logitech Squeezebox Duet. Intel I7 2600 HTPC. 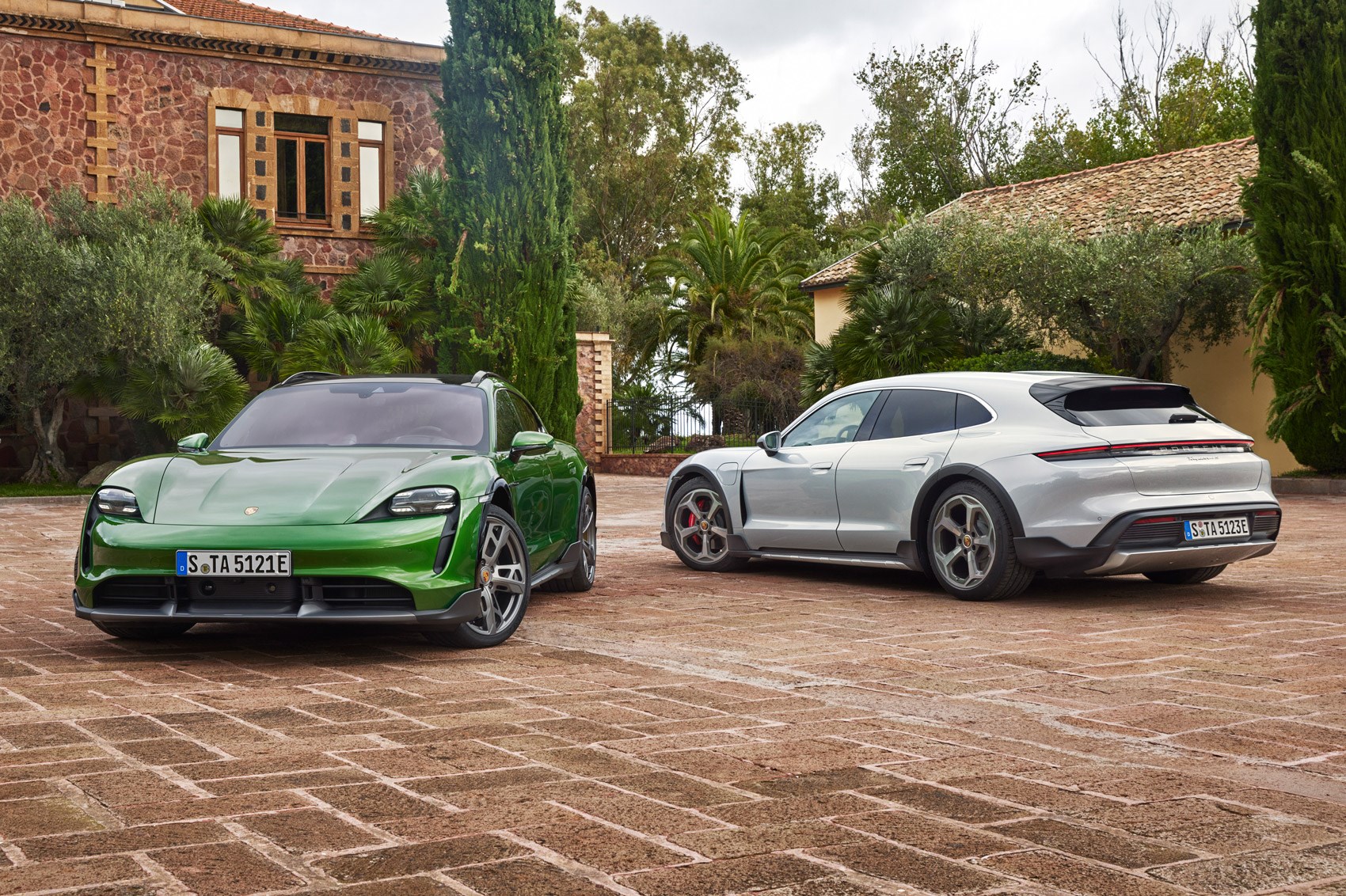 CAR magazine UK reveals details of the new Porsche Taycan Cross Turismo with pictures, specs and prices
www.carmagazine.co.uk
You must log in or register to reply here.

New car - Looking for some inspiration
2