Well, been reading this forum for a while now, and some of you have come up with excellent ideas.

Ive always wanted a cinema like experience in my own home, and now that i/we own my/our own home i can start to do just that.

Ill stick a few pics up soon, and update as i get on with the job.

here we are, the night of collecting our keys we start to strip those walls. 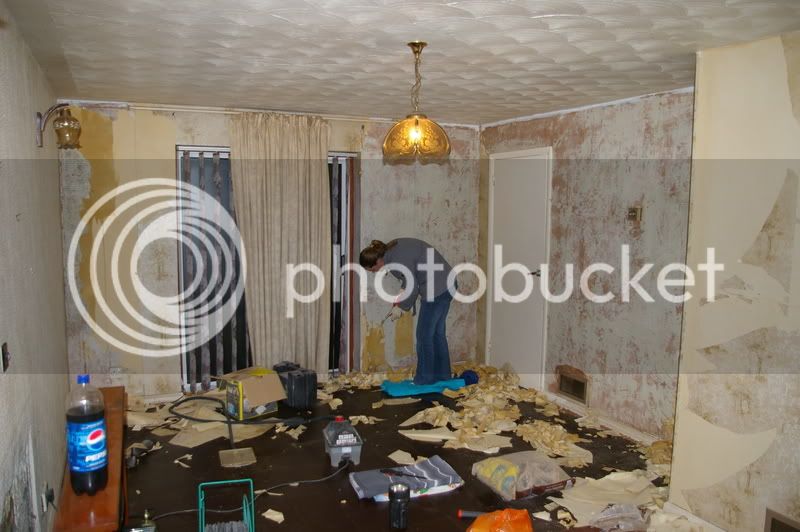 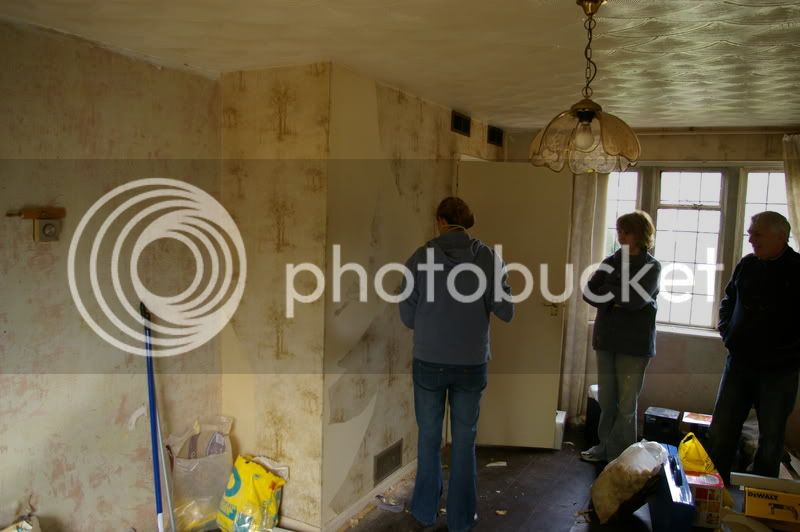 hidden behind here we had the mother of all boilers! 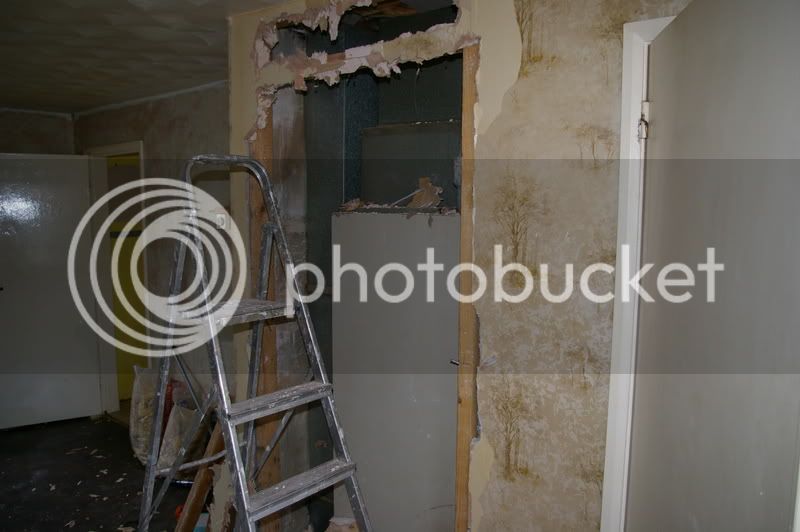 down with that wall!! Cheers dad! 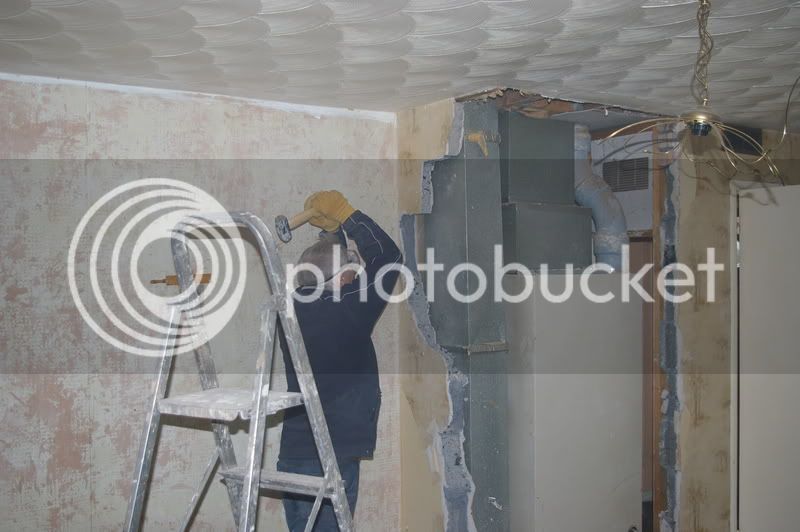 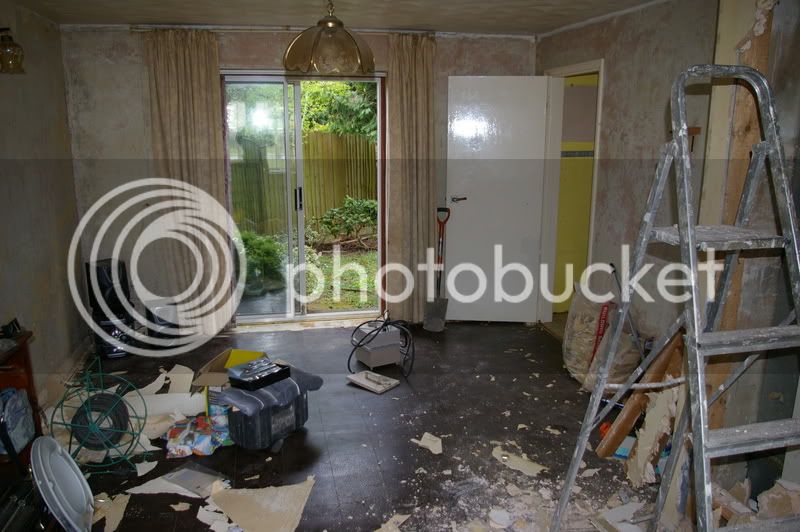 unfortuneately i gotta go to work now, so ill leave the other pictures uploading to photobuckt and respond soon

Will look forward to your progress and more pics, it's always rewarding doing these things. Good luck and keep the pics coming.

back again after a weekend working on the house, no picstures from today but i do have pictures from the past couple of weeks. 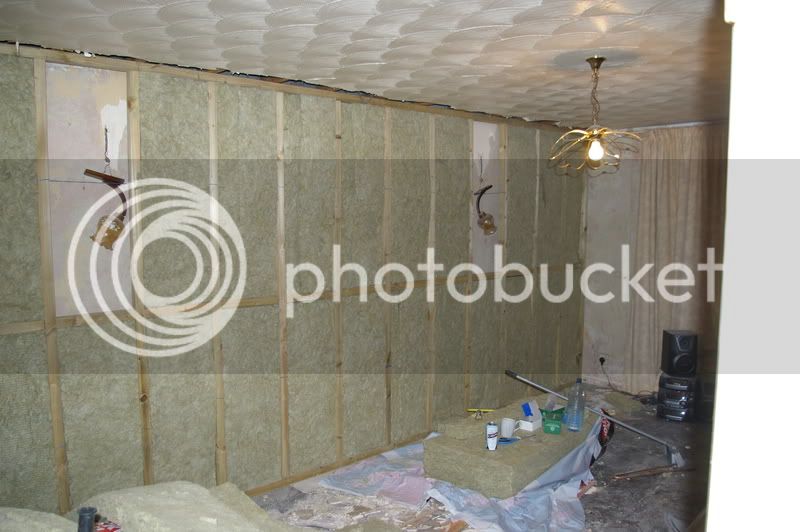 ceilings came down, meant a chance to run pipes and wires 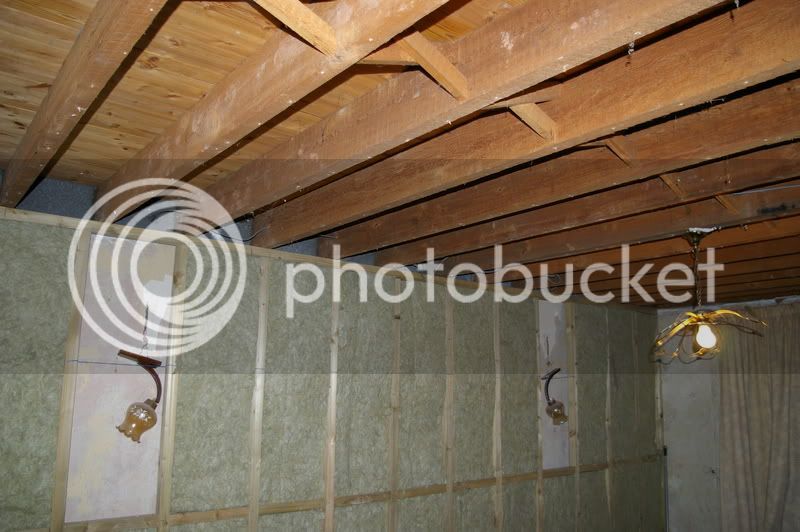 few weekends later the new ceiling was part up, it stayed like this for a while, whilst the rest of the house electrics and pipes were run. 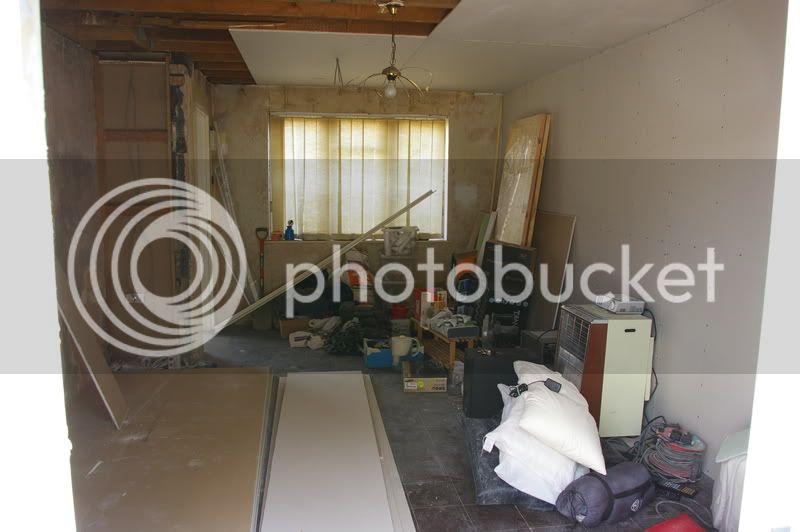 hot day, so we took a break outside 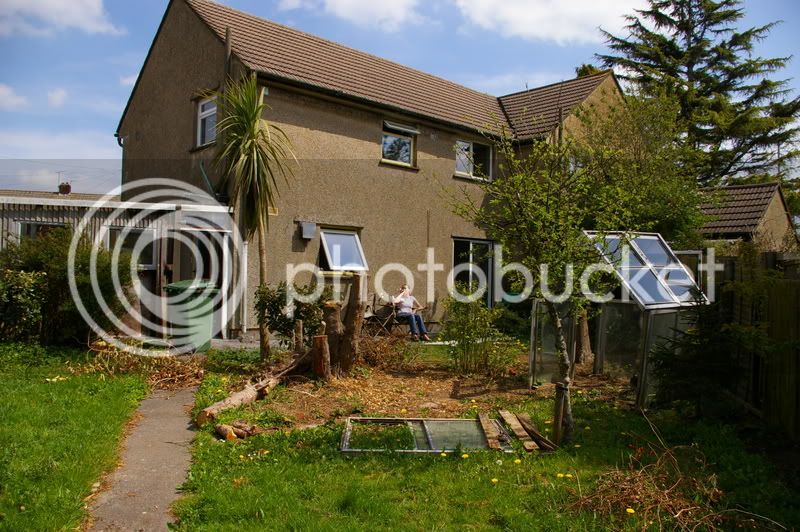 then this turned up 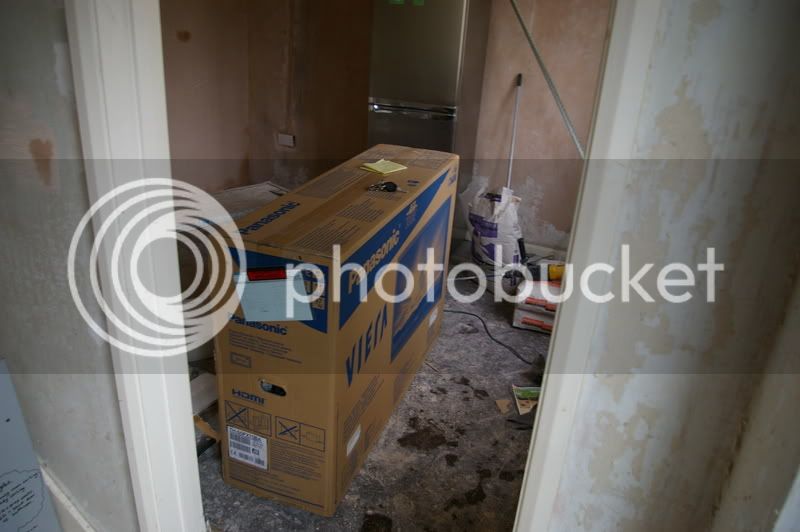 plastered the all in the lounge, ready for the tv to be mounted etc. made sure we put plenty of sockets in here. 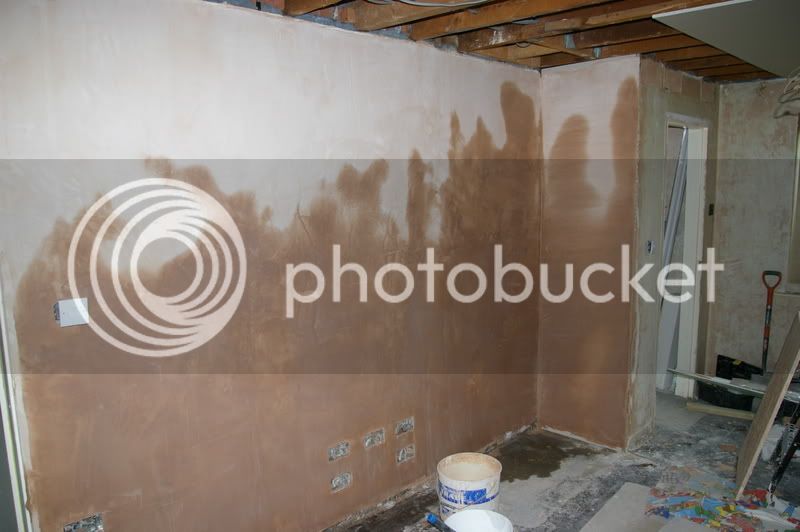 the ceiling was finished and plastered (on a day far far too hot for plastering!) and the tv mount was err, mounted 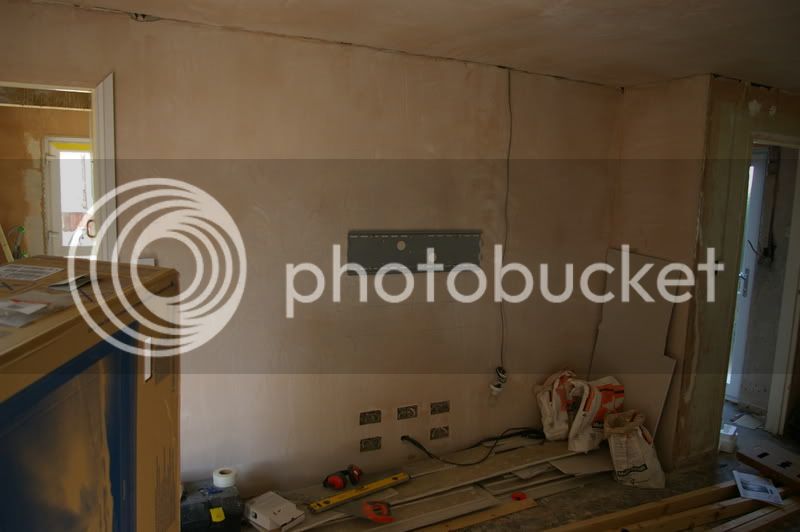 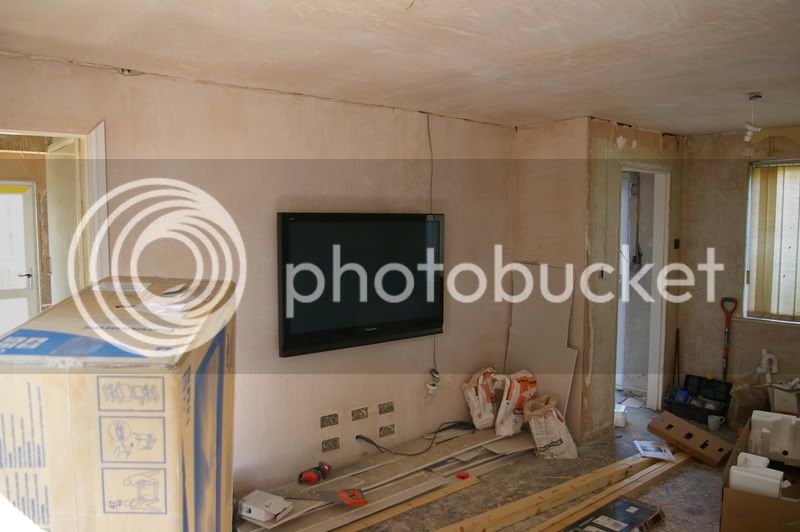 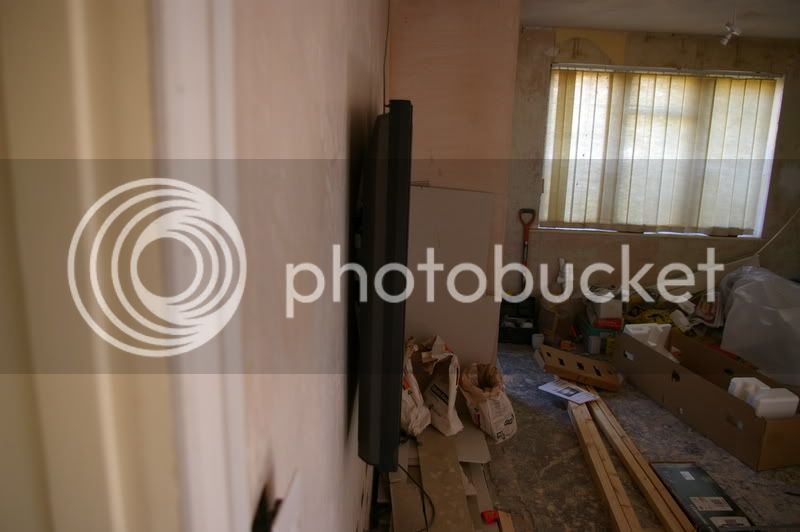 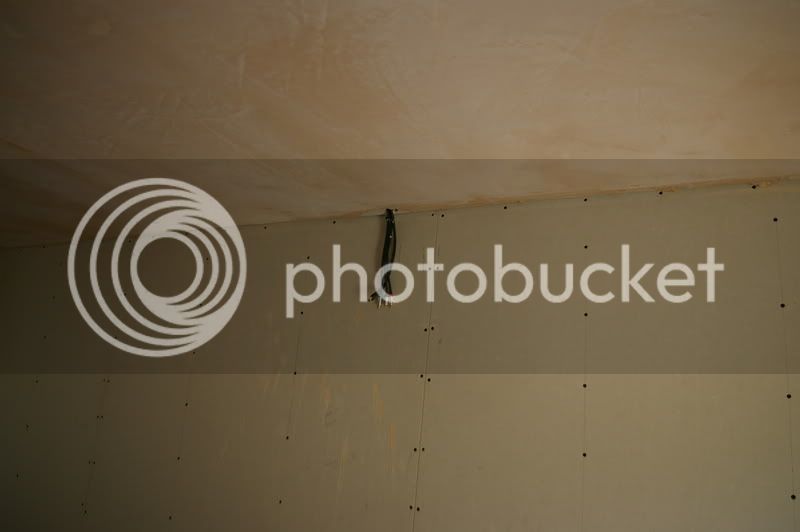 projector screen went up, its a 90inch electric job. from ebay 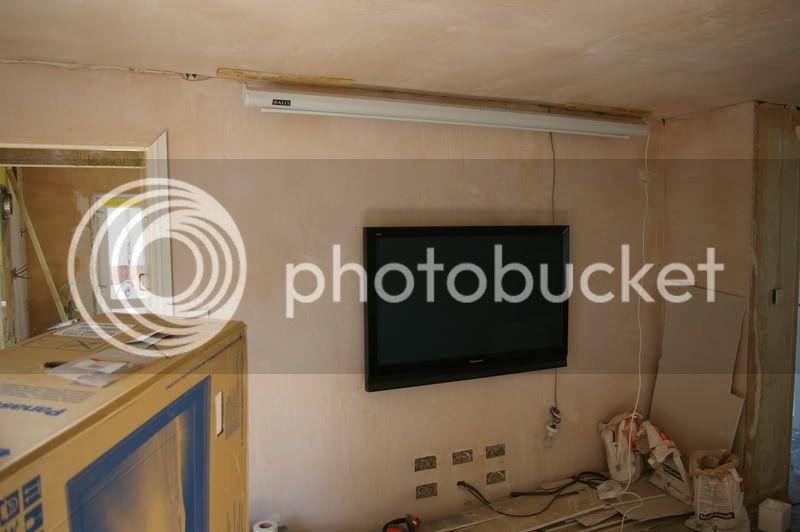 powered the bad box up to test 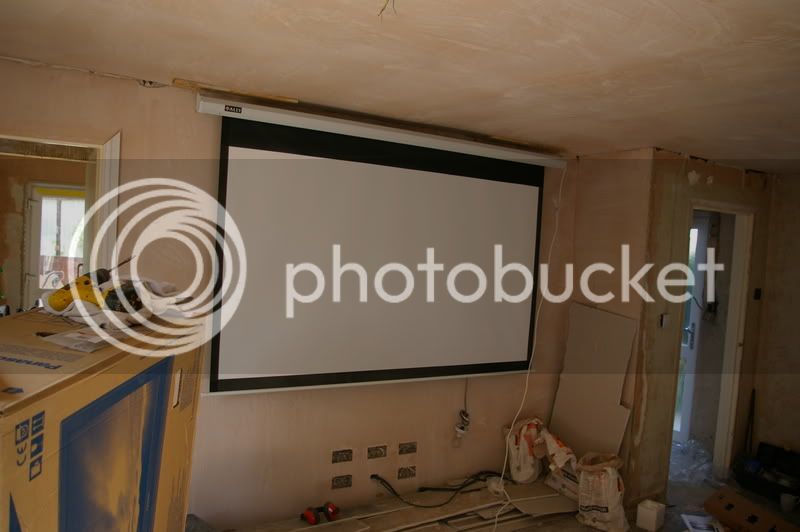 then started on the box around it, just waiting for the right time to go fetch some 8x4 sheets of mdf to finish it 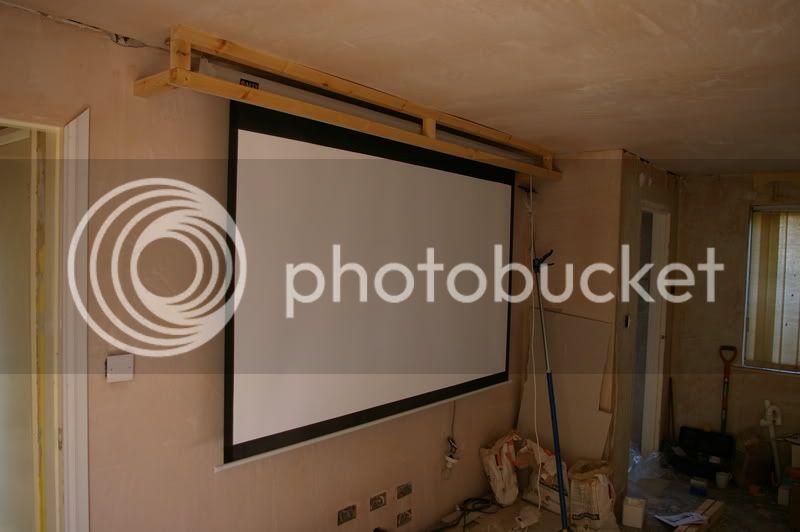 started the studwork for the tv wall, some 3x2 ans 2x2 used here. notice the hdmi and component cables that pop thru the wall. these are both 10m and come from the projector, over the ceiling and into the understairs cupboard directly behind the tv. this is also where other cables will be run, like sky and an ariel. 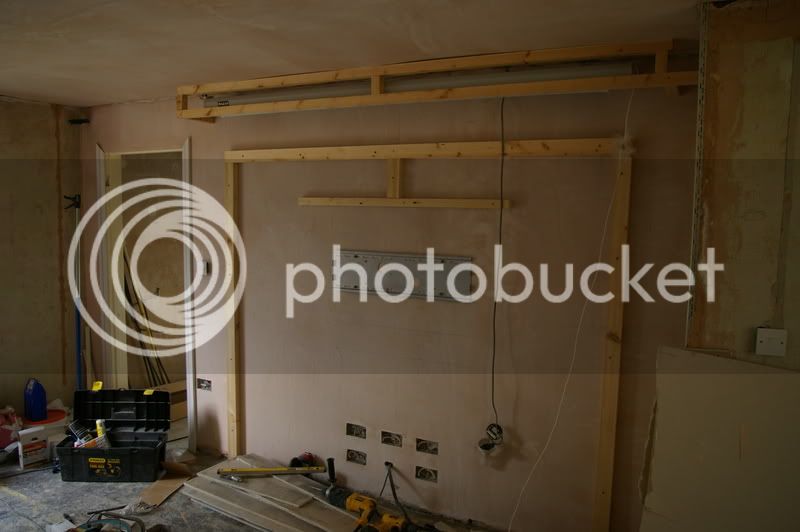 tv back on, looks good, everything is nice and straight etc 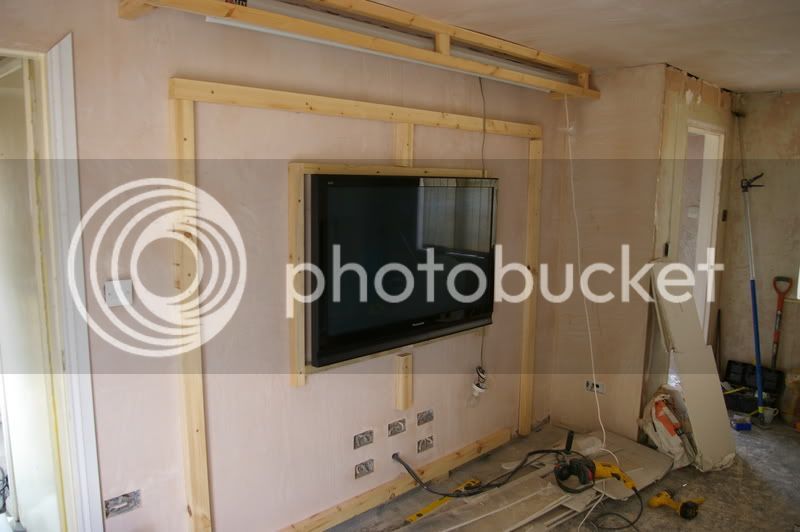 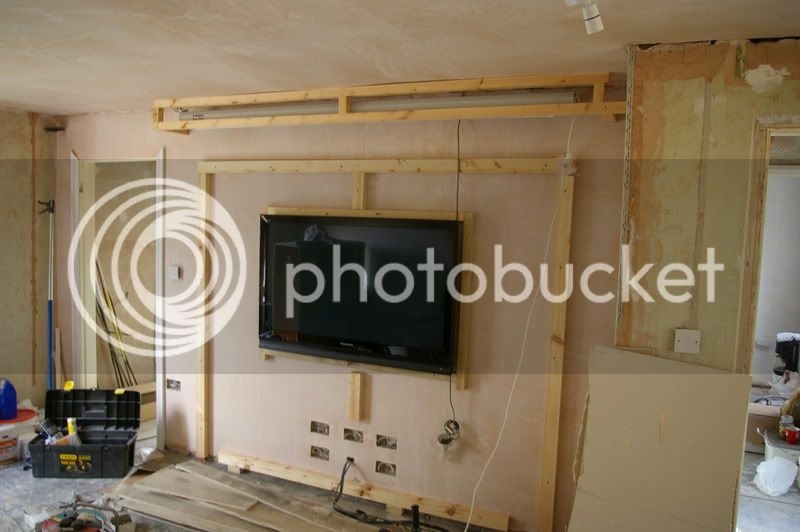 screen down, missed the front of the tv by just millimetres, perfect 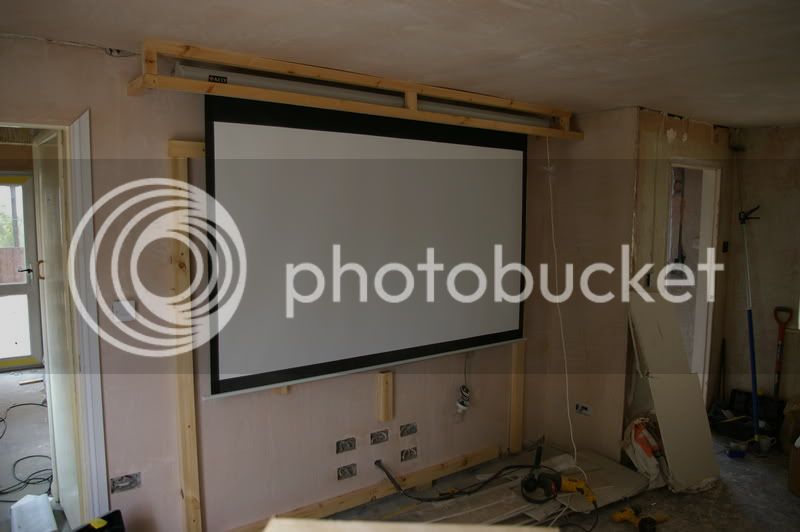 thats all for now im afraid. there has been more work done since these photos but i have no pictures of it yet. electrics were finished today so socket front were put on, which is nice.

Looking very promising so far, keep up with the hard work and the photos!
​

yeh i noticed there was a shortage of people who have put a projector screen up above a groove style floating wall.

ill get some close ups of the screen and tv from the side, to show how close the screen gets when dropping down to the tv, its pretty tight

boodle said:
ill get some close ups of the screen and tv from the side, to show how close the screen gets when dropping down to the tv, its pretty tight
Click to expand...

I set mine to drop down once then left the room for a beer, what I didn't realise is that the missus had pulled the TV forward to clean it earlier in the day and not pushed it back in all the way. I was not best pleased when I came back in.
​

Funny enough that is my plan as well - a drop down screen coming just infront of the plasma.

Looking forward to seeing the rest of your progress photos.

Keep up the great work.

elootos said:
I set mine to drop down once then left the room for a beer, what I didn't realise is that the missus had pulled the TV forward to clean it earlier in the day and not pushed it back in all the way. I was not best pleased when I came back in.
Click to expand...

school boy error, should have had a fridge in the tv room

should say that ive just ordered the customary plasma tv rope lights from tlc direct. should be here tomorrow.

i wish i could think up my own ideas sometimes
R

if that is a warm air heating system, it most probably contains asbestos, that would be why they boxed it in.

it sure was warm air heating. all ripped out now and a new boiler heats our rads.

we suspected some of the materials may contain asbestos, all gone now tho
R

boodle said:
it sure was warm air heating. all ripped out now and a new boiler heats our rads.

we suspected some of the materials may contain asbestos, all gone now tho
Click to expand...

atleast you knew so you probably took some precautions. I have a friend who ripped his out, cut it all up and put it in skip, and was only told it might be asbestos after a local builder seen it in the skip.

i suppose we took 'some' precautions, ie, i didnt lick it

but seriously, yeh all taken care of safely.

may have some more pictures for you guys over the weekend. if i can get some mdf delivered ill put it up, with the ropelights etc.
I

well its been a bit slow for the cinema/lounge build recently, we have pretty much finished of the dining room and i have started plastering the kitchen ready for units to go in, so the lounge has had to wait.

only a few pictures for you today 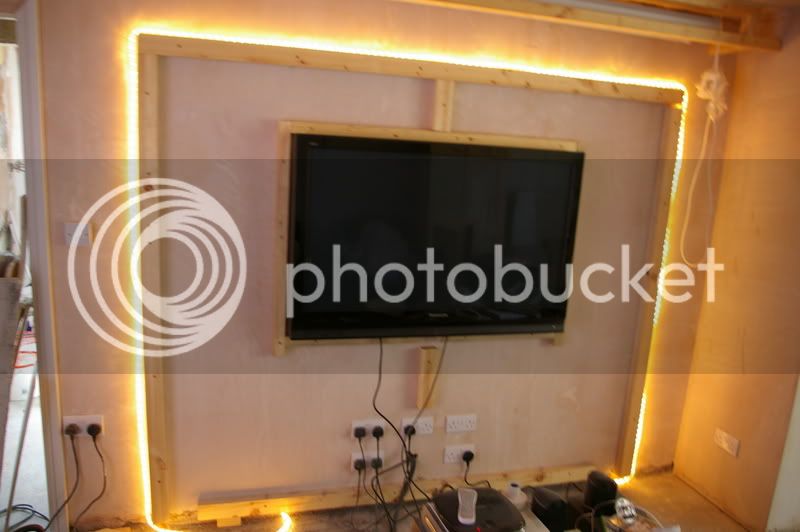 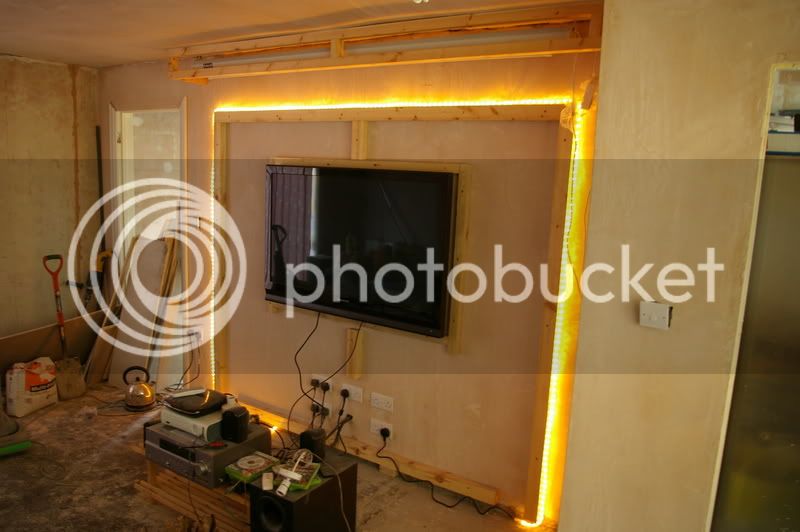 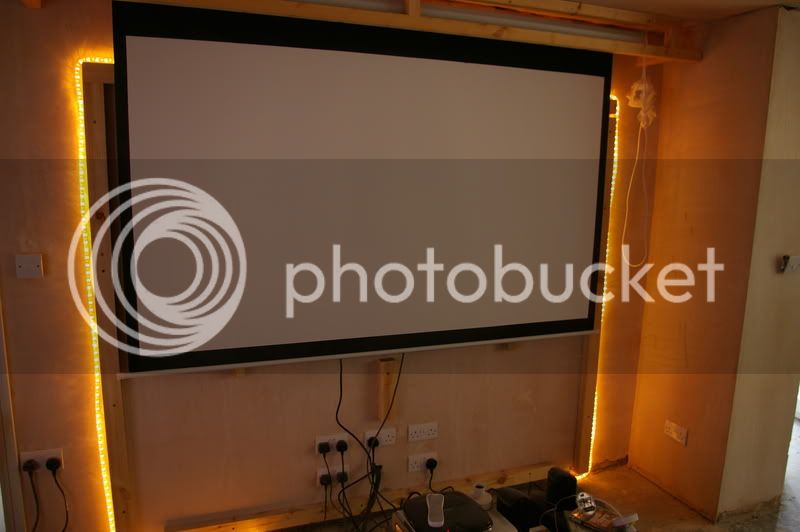 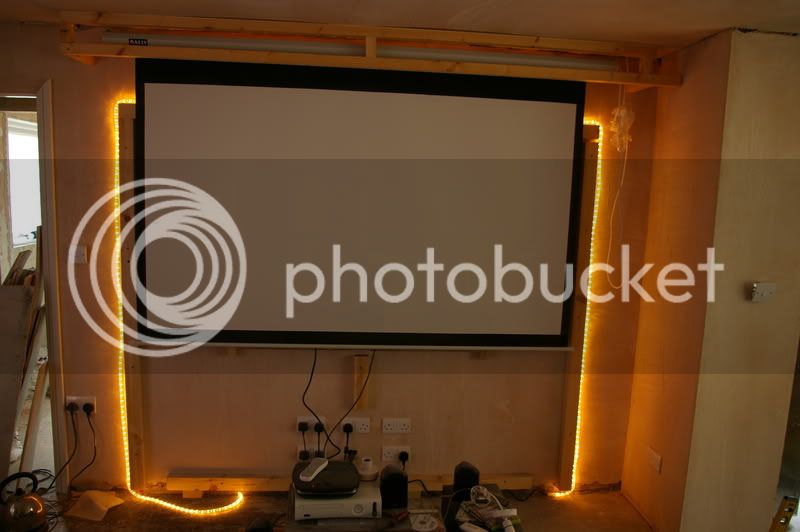 im not too sure about the lights being on when the projector screen is down, but we will see
L

Any more updates i am looking forward to seeing this project unfold!

Great build, looking forward to seeing it the finished

jagdeepp said:
Now get your backside in gear and show us some more pic's.
Click to expand...

You have been told, if that doesnt encourage you

My opinions expressed here do not represent those of the AV Forums or it's associated websites
You must log in or register to reply here.