'Sup Drivers of the Clubs. Thought I'd blurt out some driving tips to help those struggling to keep their cars on the grey bits.

I'm going to keep this short and to the point. Driving quickly is quite simply following a set of real world rules of physics. Applying these rules is easier said than done mind, and therein lies the challenge. Don't be this guy. Credit: Windowmaker

Your tyres offer a level of grip that can be used up by either cornering/braking/accelerating, or a combination thereof. If you're using the full amount of available grip with one of those things (say braking at full force), any attempt at doing another (i.e trying to turn) will push you over your grip threshold and you will begin to slide, most probably getting friendly with some scenery. Maximising the available grip provided by your tyres is the key to being quick.

With that in mind, lets go through the phases of a typical corner;

1. Approaching the bend at the widest point you arrive at the moment you feel you need to brake. Ensure the car is straight (we don't want any cornering to use up grip we could be using for braking) and apply the brakes to the point the tyres are giving their maximum braking force, not any more, not any less. You can actually feel this through the controller vibration (tune you brain to feel out the vibration). This is often actually around 50% of the trigger movement. Pulling the trigger in completely will result in worse braking performance

2. Now you need to turn in. Given that our tyres are exhausting all their potential via hard braking, we need to slowly begin to free up some of that for turning. A common mistake is to begin turning while still under hard braking, this is going to send you straight over your tyres limits and straight into the armco. The important bit, as you begin to turn, you need to release the brake in equal measure (this takes practise, it's not easy). Do this until you're at full cornering, zero braking.

3. Sailing round the corner you'll then reach the point where you feel inclined to get back on the power. As you begin to reduce your steering input to exit the corner, this frees up tyre potential that can be used for acceleration. Like above, feed the throttle in at the same rate you're reducing your steering input. If you try and apply power while your tyres are giving their all cornering, you're going to push them past their limits and have a bad day. Eventually you'll reach zero turning input and full throttle to exit the corner.

The grip available from your front tyres is often not equal to the grip available from your rear tyres and is constantly changing depending on what the car is doing. As you accelerate, the weight of the car shifts to the rear, increasing grip available to the rear tyres and decreasing grip at the front. The opposite applies when braking or slowing. Often you will be trying to prevent one end of the car from overwhelming its available grip while the other still has grip to spare. Think of front and rear grip independently. A car that is pushing past the limits of rear end grip is said to be oversteering (turning 'too much', not fast, but considerable cool points), conversely, pushing past front end limits results in understeer (turning 'too little', also not fast, minus cool points).

Different cars will also put different demands on their tyres. A rear-wheel drive car will put much higher demand on its rear tyres; if you attempt to accelerate while at peak cornering in a rwd car, you'll overstress the rear tyres and begin to oversteer (the rear of the car will step out). Doing similar in a fwd car will overstress the front tyres and the nose of the car will plough straight on and you'll understeer. Most road cars will be setup to push into understeer as they lose grip, it's safer and more predictable than oversteer.

Putting this knowledge to use;

A car coasting along with no inputs being applied will be decelerating. As mentioned above, a car slowing will 'lean' on its front tyres, increasing their grip and decreasing grip of the rear tyres. This isn't much of a concern in a typical road car as the suspension will be tuned to offer more rear-end grip than front (to prevent scary oversteer). In something designed for more cornering performance you'll find this shift in grip levels can cause the rear end to step out into oversteer. Suddenly jumping off the throttle will snap grip away from the rear tyres. A car that is at constant speed (neither accelerating or decelerating) is at its most stable, a small amount of throttle is required to keep a constant speed. This is particularly noticeable in the higher end race cars of Driveclub that have a tendency to push into oversteer. So while above I mentioned that you should always avoid using grip up with throttle while attempting to corner, it can be beneficial to keep a small amount of throttle as you turn to prevent the car from decelerating and leaning on it's front tyres creating oversteer. If you're having trouble with the more powerful race cars, this knowledge can be incredibly helpful. The KTM for example requires small amounts of throttle input when cornering to maintain stability. This effect is exaggerated when driving down inclines, the car leans on the front tyres and even small cornering inputs can result in the back end stepping out.

Left foot (thumb) braking is the art of using your left foot to brake in conjunction with your right foot on the throttle. It doesn't sound conducive to brake and throttle at the same time but has many uses that can translate into helpful vidjagame techniques.

Given the understanding that weight transfers back and forth in a motorvehicle, moving grip from the front wheels to the rear and vice versa. This actually takes time and doesn't happen instantaneously (depending on how the dampers are tuned). After braking, a car will be leaning on its front tyres leaving the rear light and prone to oversteer. The quicker you get back on the power, the sooner weight gets back on the rear tyres and stabilises the car (driving the KTM, get on the power slightly after you brake and begin to turn in to stabalise the rear). A useful technique for powerful cars that have a tendency to lift-off oversteer (especially in the wet) is to take shallow bends by tapping the brake while still holding the throttle in. As soon as you come off the brake, weight instantly goes back to the rear keeping things as stable as possible.

A mistake I often make in powerful cars is really aggressive downshifts, often as I would turn in in preparation for accelerating out of the bend. Downshifting in a way that brings the engine to high rpms will cause a large deceleration affect at the driven wheels, very similar to giving the brakes a bit of a stab. This will often upset the balance of the car and cause tyres to lose traction, making getting the power down out of the bend difficult. Very noticeable in something like the Venom. Pay attention to when you're downshifting and how high you're bringing the revs up. If the auto shifting the computer does for you feels much more stable, this might be why.

Thanks for putting this up,it will come in handy.
Xbl#meweavy
ps4 nextgen-meweavy
cannon fodder for the masses

SeeNoWeevil said:
This effect is exaggerated when driving down inclines
Click to expand...

Ha, no, I did mean driving down. You'd drive down a hill so driving down an incline is the same, right? Or maybe I need to go back to school.
Display Samsung 75" Q90R Audio Denon X3500H, B&W 602 S2 front 601 rear, MJA Pro-50 Subwoofer Gaming RTX3080 PC/SNES/NES/PSX/MD/CoreGFX Mini Mobile Chromebook, OnePlus 6

Accelerate on straights. Brake at corners.

SeeNoWeevil said:
Ha, no, I did mean driving down. You'd drive down a hill so driving down an incline is the same, right? Or maybe I need to go back to school.
Click to expand...

Accelerate on straights. Brake at corners.

Follow the above tips and you will be topping the leaderboards in no time
Click to expand...

That doesn't work for me,I must be doing it wrong.
Xbl#meweavy
ps4 nextgen-meweavy
cannon fodder for the masses

I'll have you know, it takes great skill to drive it like you stole it!

Just got a Trophy Addicted for posting 1000 times, I really should get out and see the world.
Last edited: Dec 24, 2014
Currently playing:
PSN: TheWidowMaker40 XBOX ID: LaughingHyena74

You clearly understand the physics behind all of this; impressive. But does this video game take into account all of the stuff you mentioned?

gbm said:
You clearly understand the physics behind all of this; impressive. But does this video game take into account all of the stuff you mentioned?
Click to expand...

Yeah, it does. DC models car dynamics to the point where it creates a large amount of depth, feels 'correct' and rewards you for understanding the basic realworld 'rules'. They've taken a bit of artistic license with a few things to try and remove the slightly sterile feeling you can suffer when trying to portray fast driving in a videogame. At one point I would've probably complained about that but ultimately it gets closer to the feeling of driving a fast car on the road imo.
Display Samsung 75" Q90R Audio Denon X3500H, B&W 602 S2 front 601 rear, MJA Pro-50 Subwoofer Gaming RTX3080 PC/SNES/NES/PSX/MD/CoreGFX Mini Mobile Chromebook, OnePlus 6

TheWidowMaker40 said:
I'll have you know, it takes great skill to drive it like you stole it!

Just got a Trophy Addicted for posting 1000 times, I really should get out and see the world.
Click to expand...

Initial D, have you seen it? Particularly the anime series? It was about a prodigy in a car, the infamous E86. He used left foot braking like a pro if you watch his technique in the series. God I loved that show, wish they didn't take it off netflix. Now Netflix just has the movie with not nearly enough of the interesting bits with Keisuke.

It really makes me miss my Eclipse. Sold it cuz we were short on money but I loved driving that bad boy around... 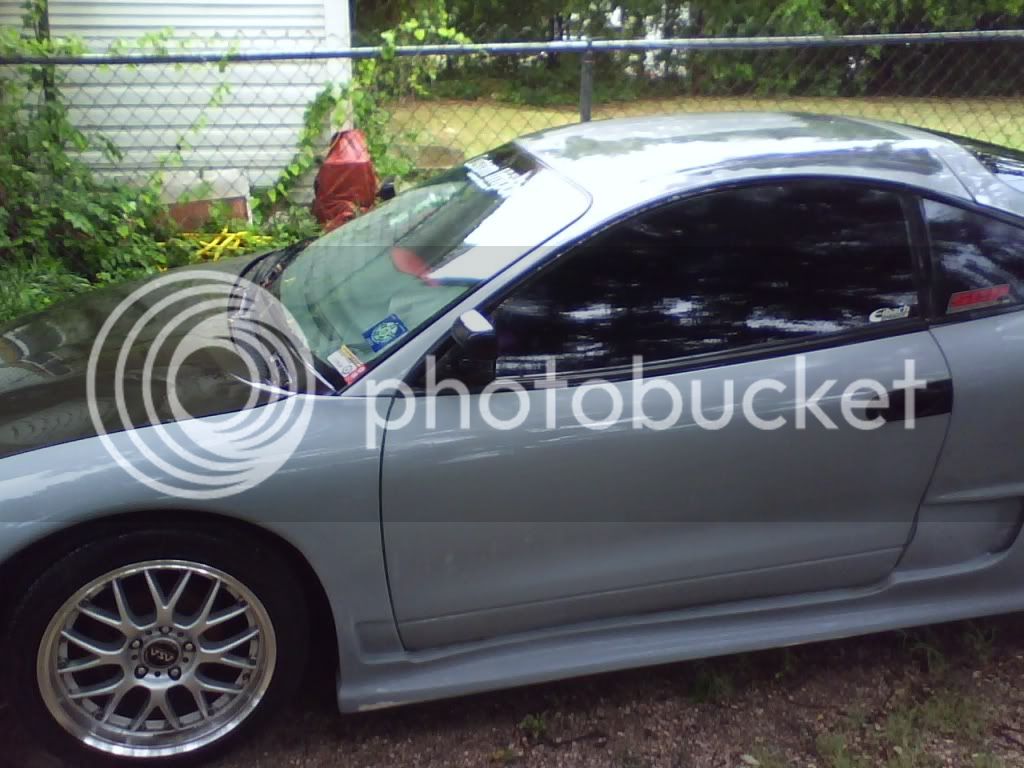 SeeNoWeevil said:
DC models car dynamics to the point where it creates a large amount of depth, feels 'correct' and rewards you for understanding the basic realworld 'rules'.
Click to expand...

Sure you get a bit of scratched paint, but still seems faster than that "racing line" bollax...
Gaming tag = Stinja

Sure you get a bit of scratched paint, but still seems faster than that "racing line" bollax...
Click to expand...