anyone else done this?

i didn't realise how in depth it goes, it has your top 5 killers and how many you have killed with that weapon/perk.

also all the games you have played, what dates and the scores of everyone in that game!!!

i was quite impressed.


Call of Duty, World at War
Life's just a game it's just one epic holiday

I hardly go on it cos the PS3 browswer aint the beast coupled with COD website beingh frustratingly all over the place.

Mind you I didn't know about the leaderboards til Jonny33 poined them out to me lol!

But that does sound impressive indeed!
PSN: Ty-Flip
Clan *LW*

I joined a while back, it's interesting to catch up on some of the stats that aren't visible in the game but it's still a beta so not everything works properly. I guess if you're only bothered about playing the game then it's a bit pointless.

There used to be a map showing what you did in your last game but this seems to have vanished... well at least for me anyway.

It's a pity they never got the gamecard thing sorted out either - would have been nice to paste my stats on here inside a fancy graphic instead of having to copy them across manually.

Fmrl said:
IMO the COD website isn't very PS3 browser friendly so it's easier using a PC to register for the stats thing


I know, its pants really! Hopefully there will be an update to remedy this butI'm thankful that the PS3 can browse the web at all! Good Show SONY!

I was surprised how indepth it was - really geeky!

I like that fact you can compare/ link with a friend, but not unless they are online at the same time as you.....but you would be playing the game though, so you would have to stop and link up!
[URL='http://www.flickr.com/photos/kbmacpherson/sets/'][/URL]
S

I don't even want to look, sooner cry on my bank statement
X 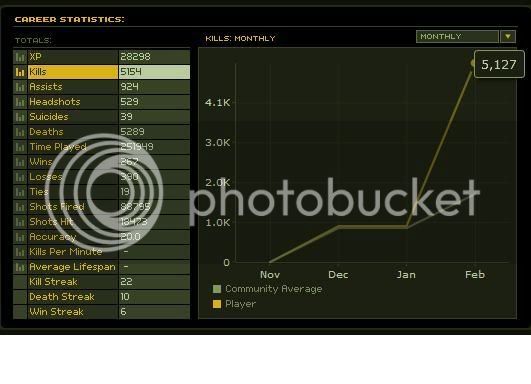 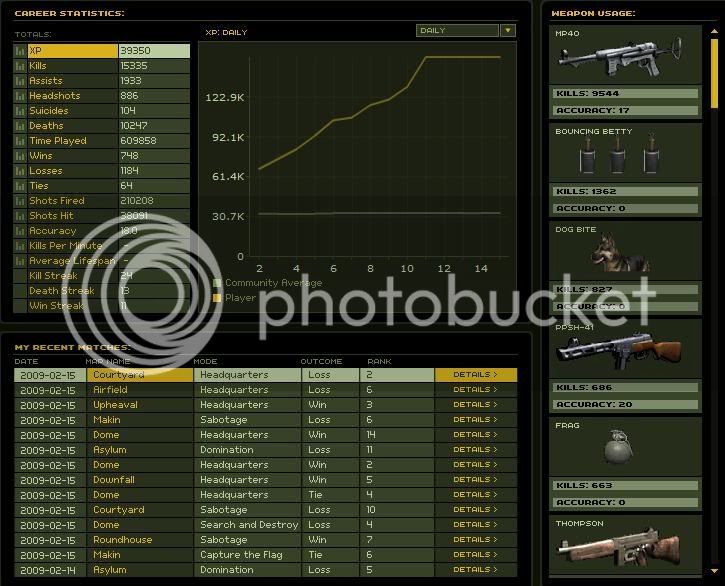 Life's just a game it's just one epic holiday

Logistics of building false wall and making it elegant