Well, I finally have made an upgrade of my i7 2600k based system. The chip has done me well for several years, and was still adequate for gaming with my R9-290, but other aspects of the platform were showing their age, particularly lack of M.2 NVME, no PCIE3, only 2 sata 6gb ports etc.

The time had come to make the upgrade and I was keen to get back into an AMD based system after running athlon and phenom II rigs in the past. Unfortunately AMD just has not been competitive until now. Though the i7 systems are still a little better for gaming, the ryzen systems are better for productivity and as I am 50:50 gaming and work (especially using VMs) going for Ryzen made more sense for me, especially for the money. I was originally going to go for the 1600 or 1600x, but decided I didn't want a chip with bits disabled, and as the difference between the Ryzen 7 chips are minimal once overclocked, the Ryzen7 1700 became the CPU of choice.

I decided to keep my R9-290 GPU for the time being, as AMD really don't have anything better at the moment, and I wanted to stick with team red due to my freesync monitor. I am also retaining my 4tb seagate HDD for media storage, and am going to use my current boot / system SSD, a 500gb samsung 840 evo as a scratch / VM storage drive. Therefore the new components I need are; CPU, motherboard, DDR4 RAM and M.2 SSD. I also decided to ugrade my PSU for a fully modular gold rated unit. 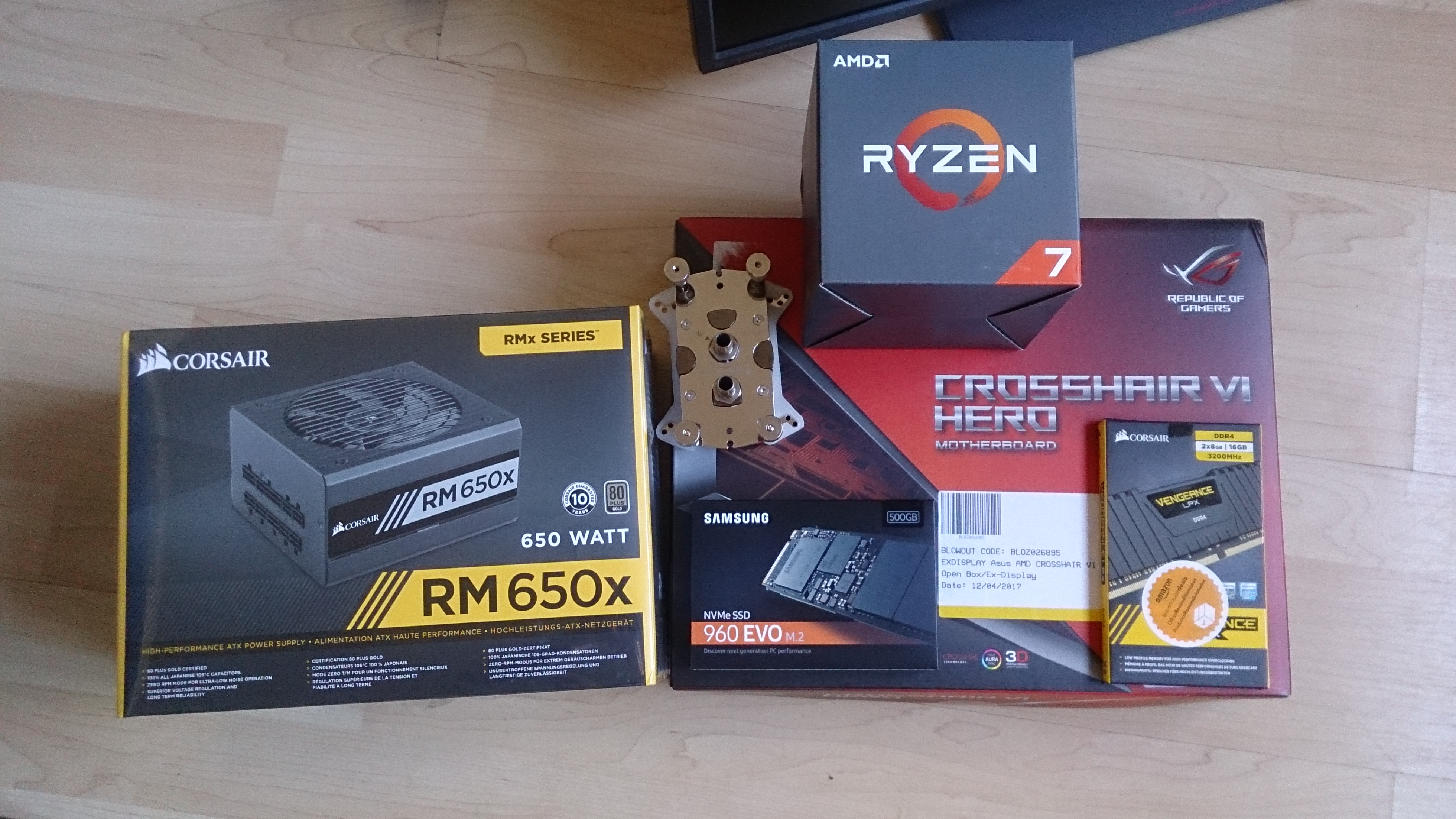 christmas has come early this year. 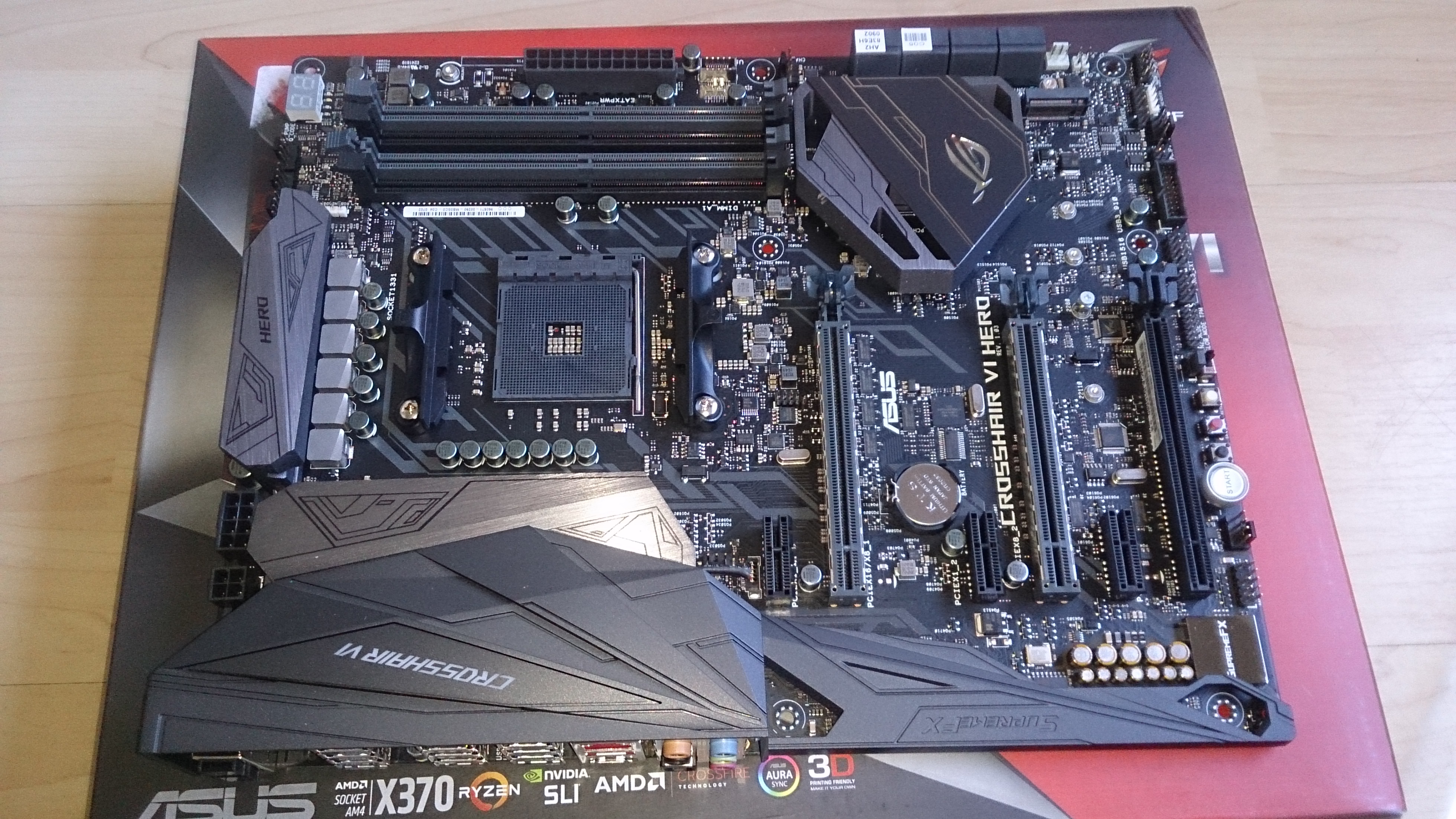 asus crosshair 6 hero MB. The second most expensive ryzen board there is, but I got a good deal on it and with the bios update it is probably the best Ryzen board available, along with the asrock taichi. I was originally going for the taichi, but the crosshair is the only board which also supports AM3 waterblocks, which allowed me to keep my high quality koolance block, so the difference in cost of the board was made up there. 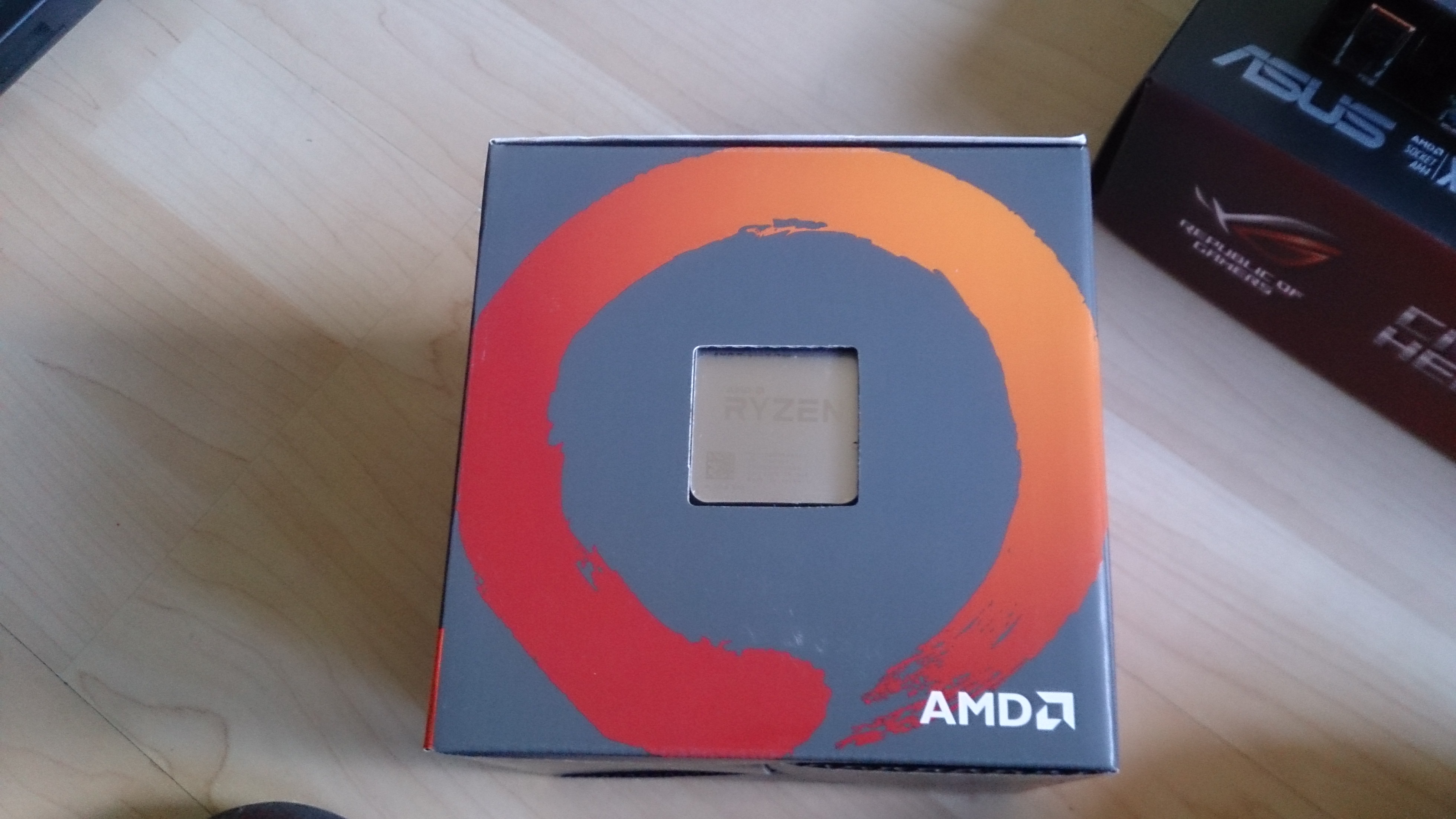 Ryzen 7 1700 in it's snazzy box with the stock wraith cooler which is orders of magnitude better than the terrible stock intel cooler. 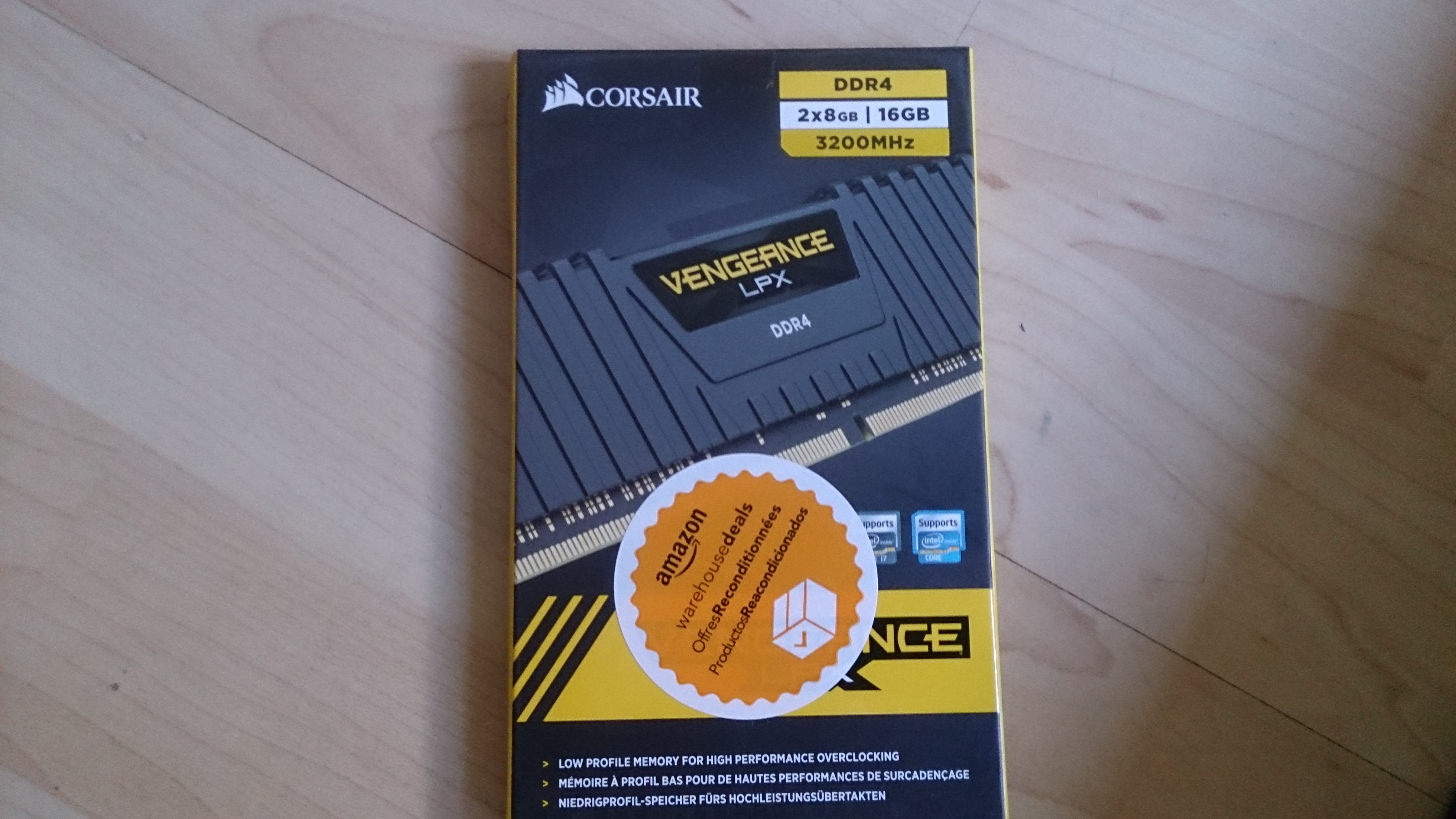 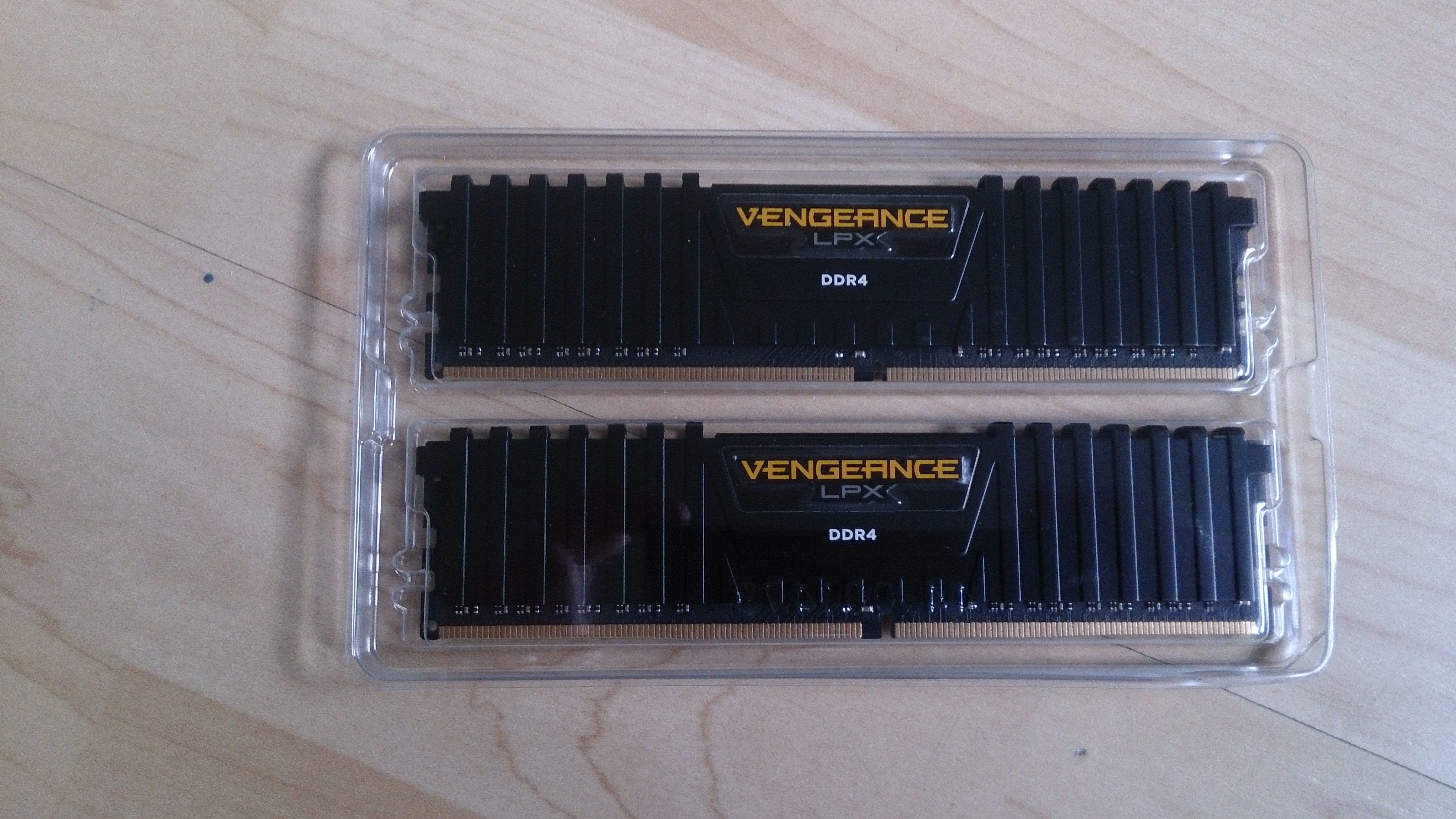 16GB corsair LPX ram. High quality DDR4 is crucial with ryzen, and I have always had good results with corsair ram before. 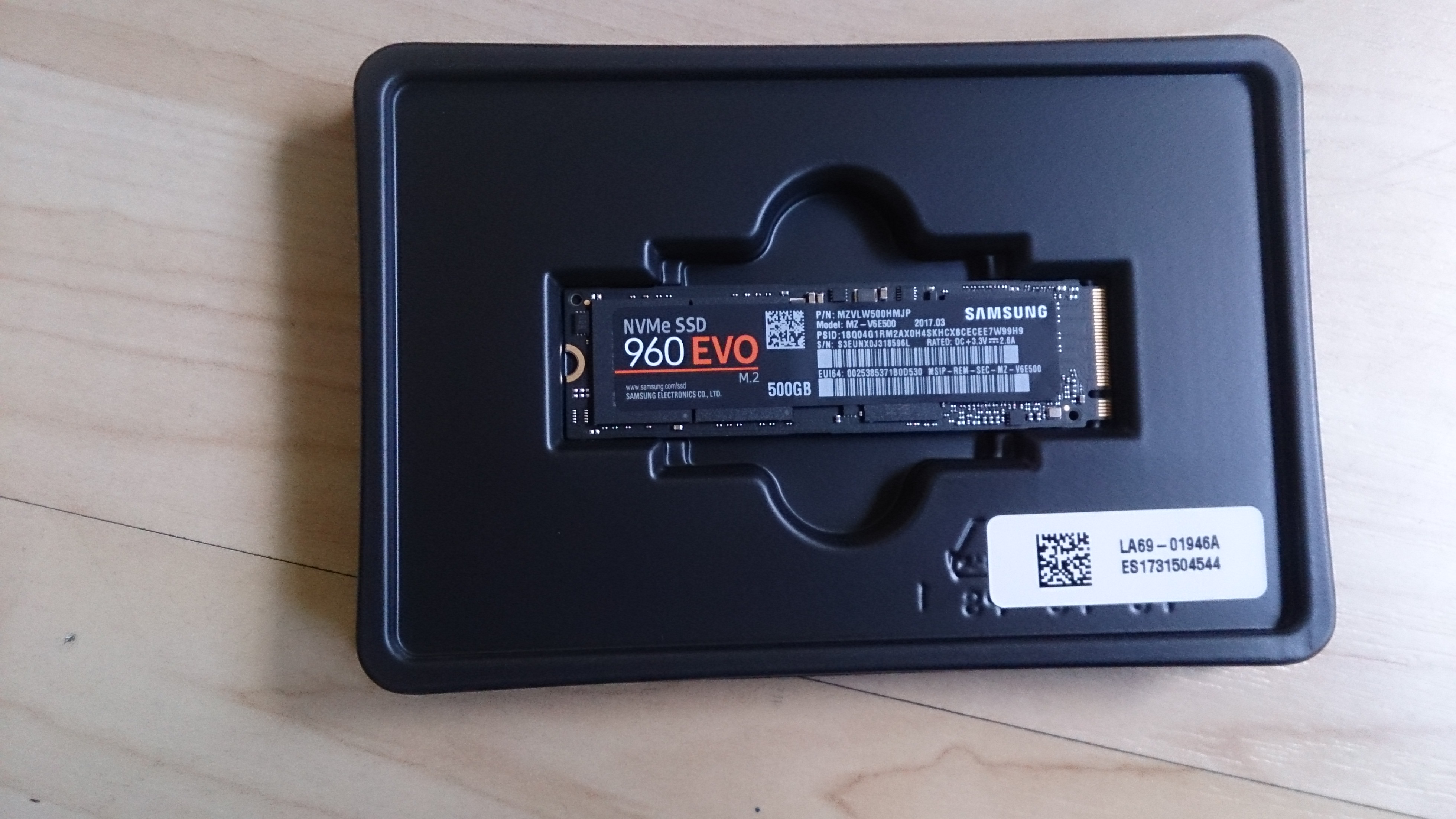 500gb Samsung 960 evo M.2 NVME SSD. I have always used samsung SSDs and reviews of this drive put it right up there with the 960 pro for performance, but with a much lower price. 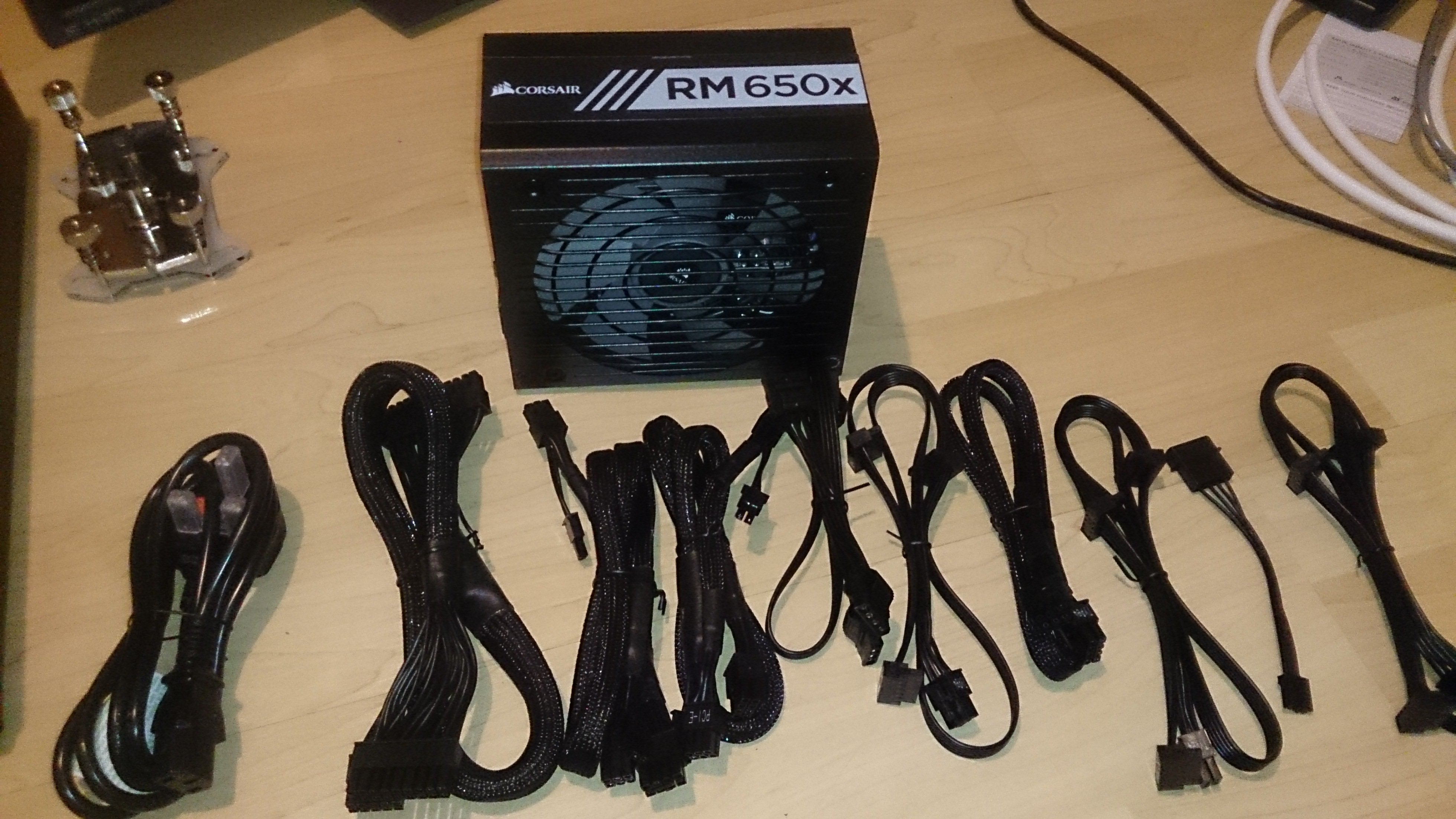 corsair RM650x PSU. Fully modular gold certified and very high quality. As I don't intend to run dual graphics 650W will be plenty. I have ran dual graphics in the past, but was not impressed,

OK on with the build. First fit the CPU. 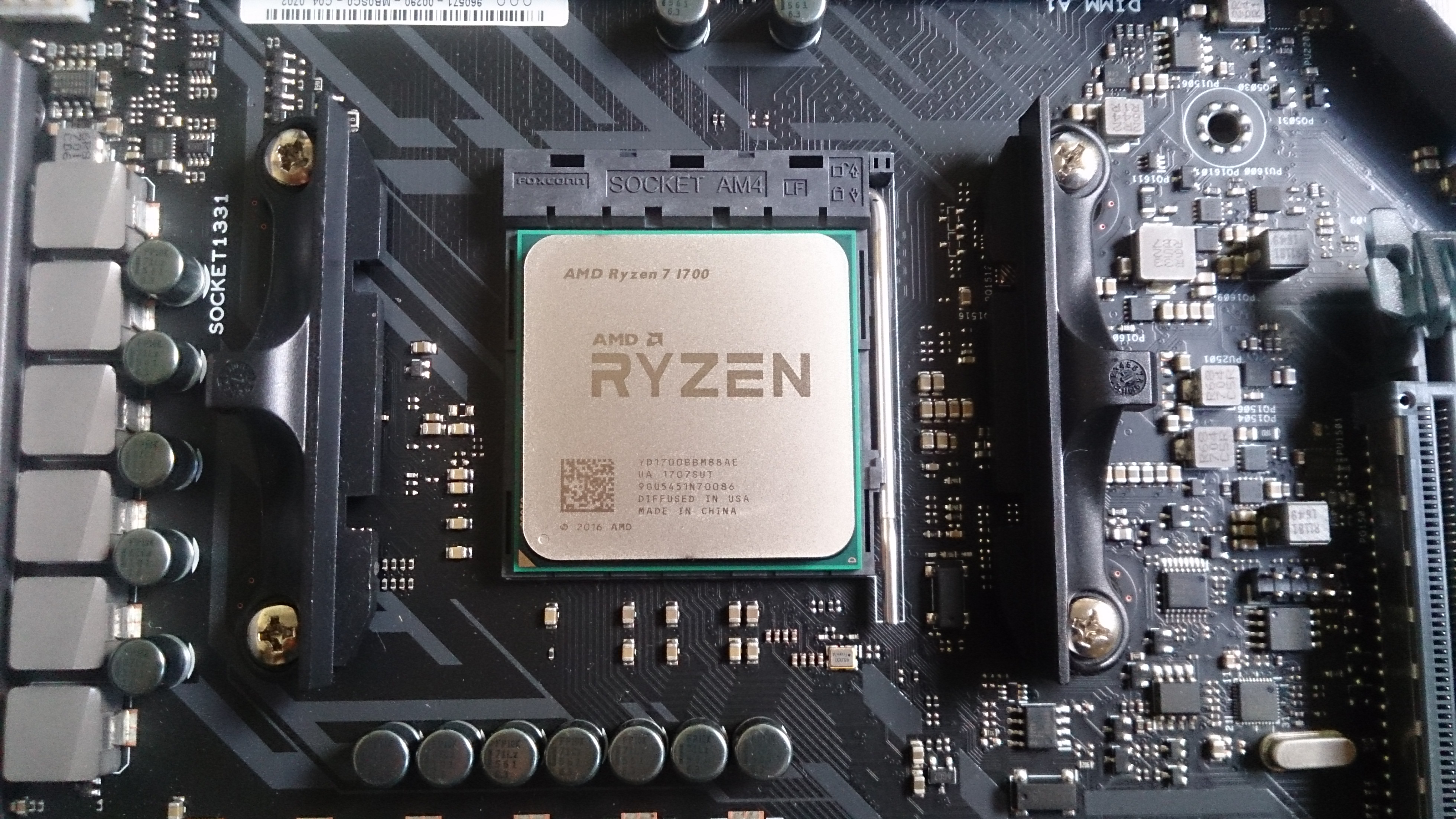 I originally fitted it with the stock wraith cooler to test everything worked before building it in the case, fitting all the water stuff. Thankfully all worked fine. 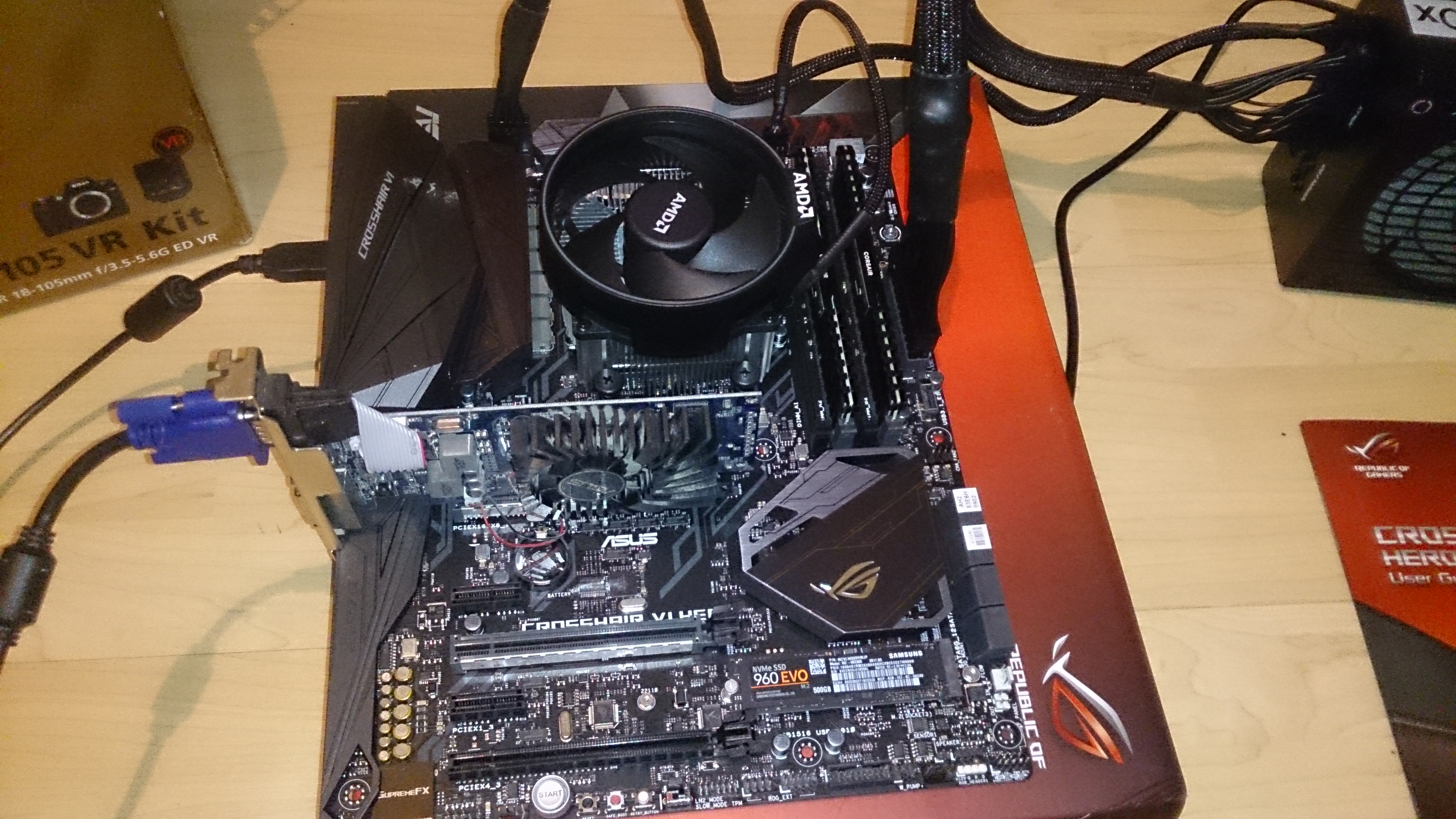 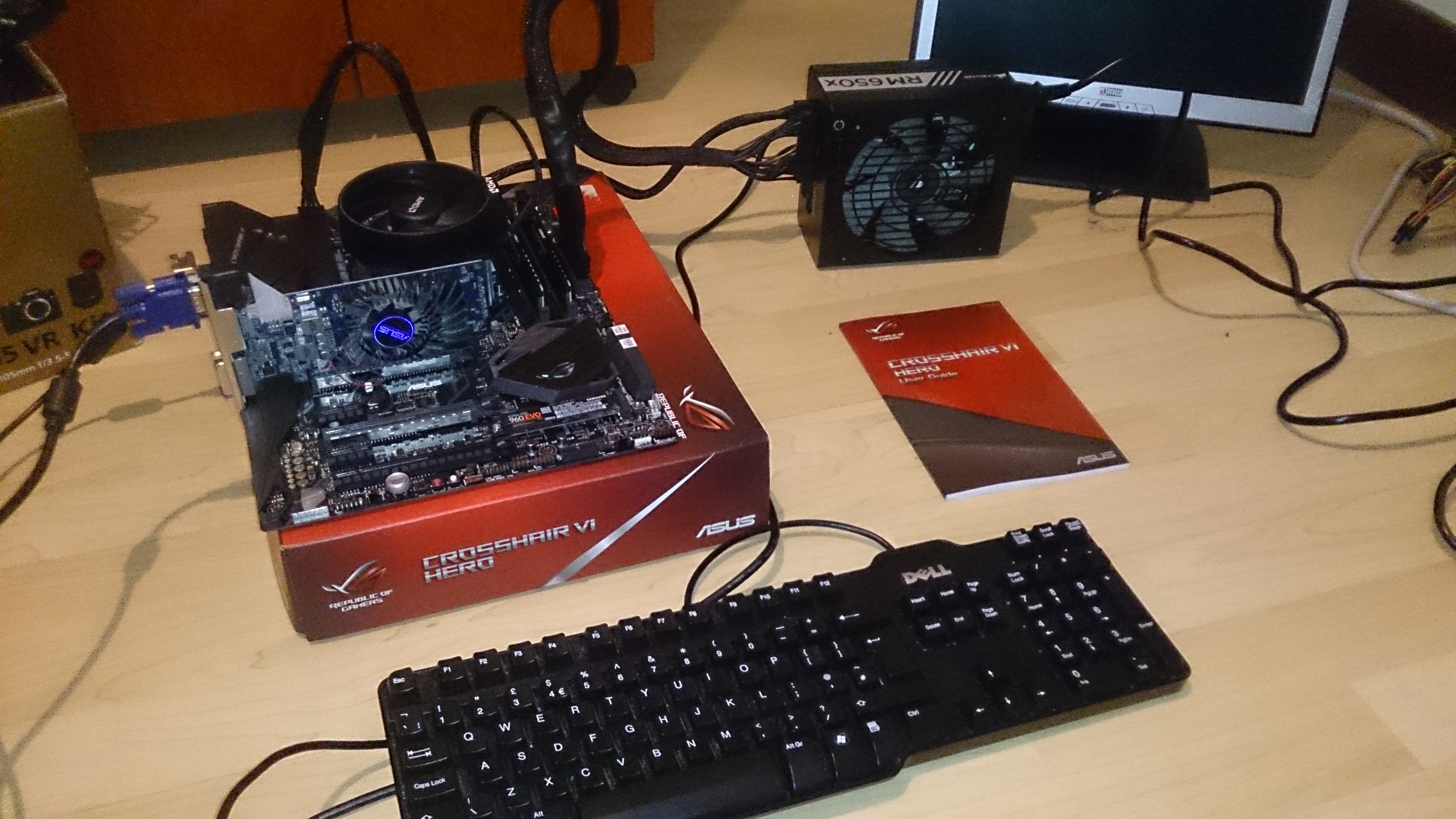 Now for the water cooling gubbins, getting serious now. 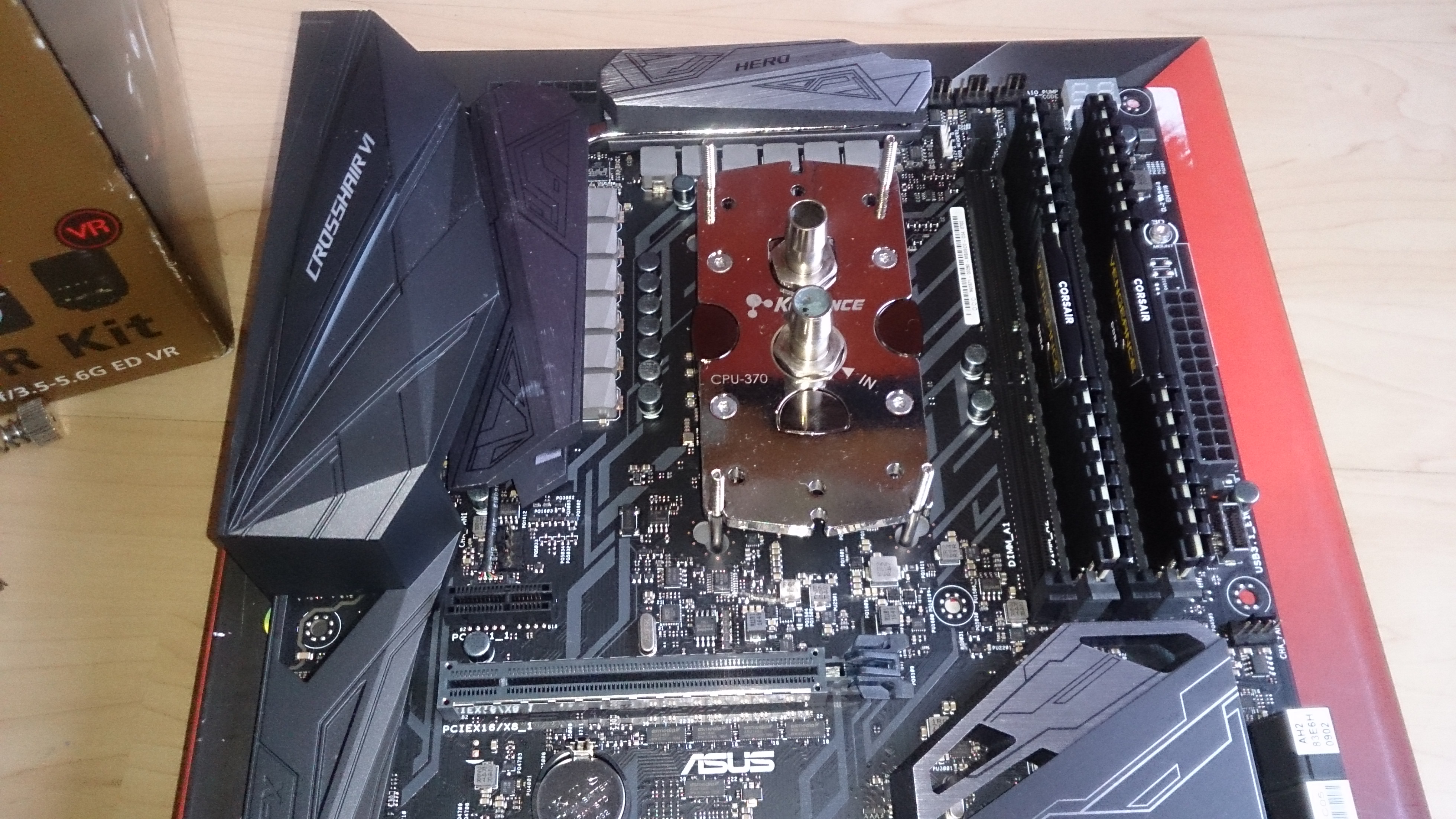 Fitted into the case along with my R9-290 and leak tested. 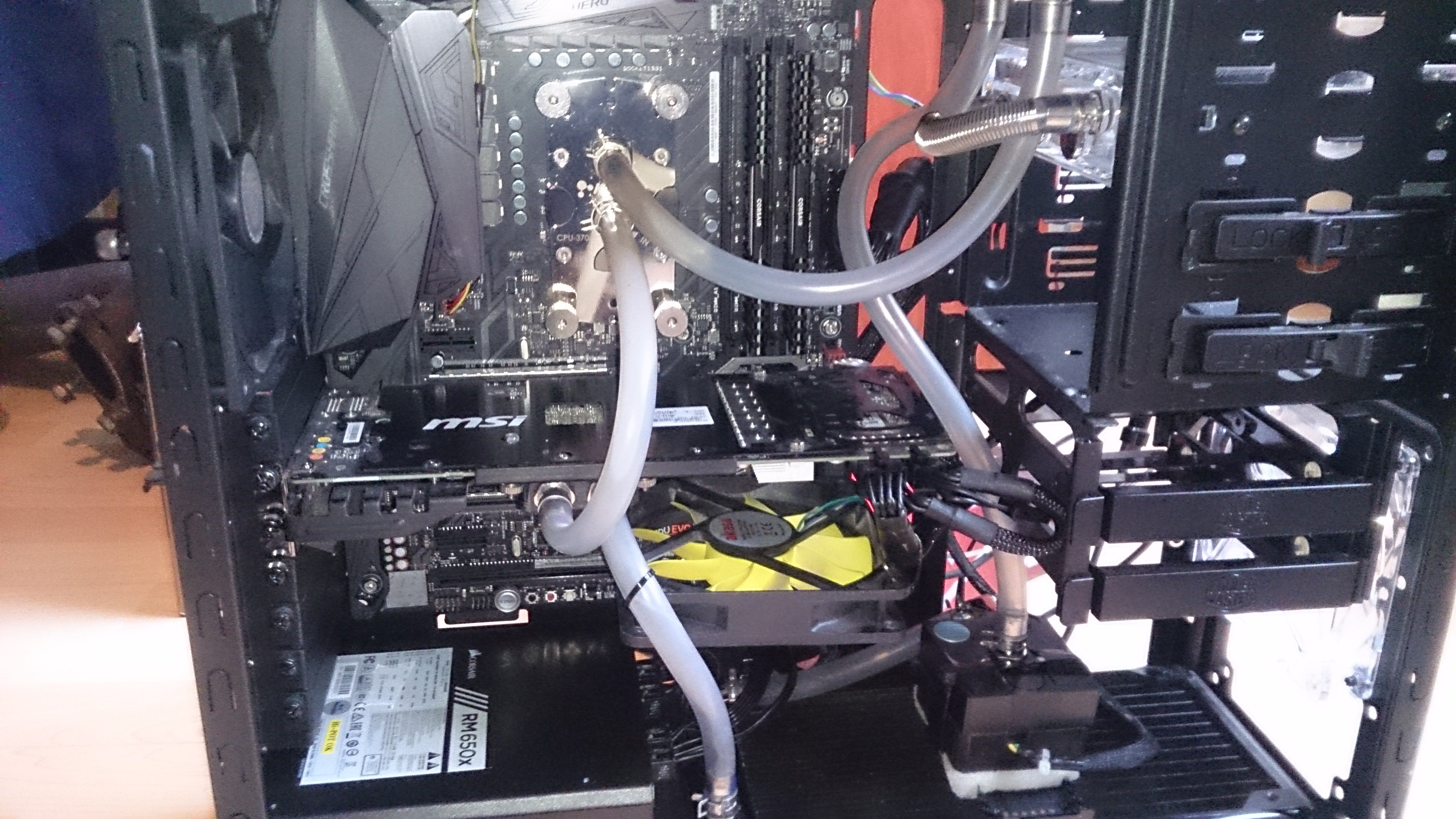 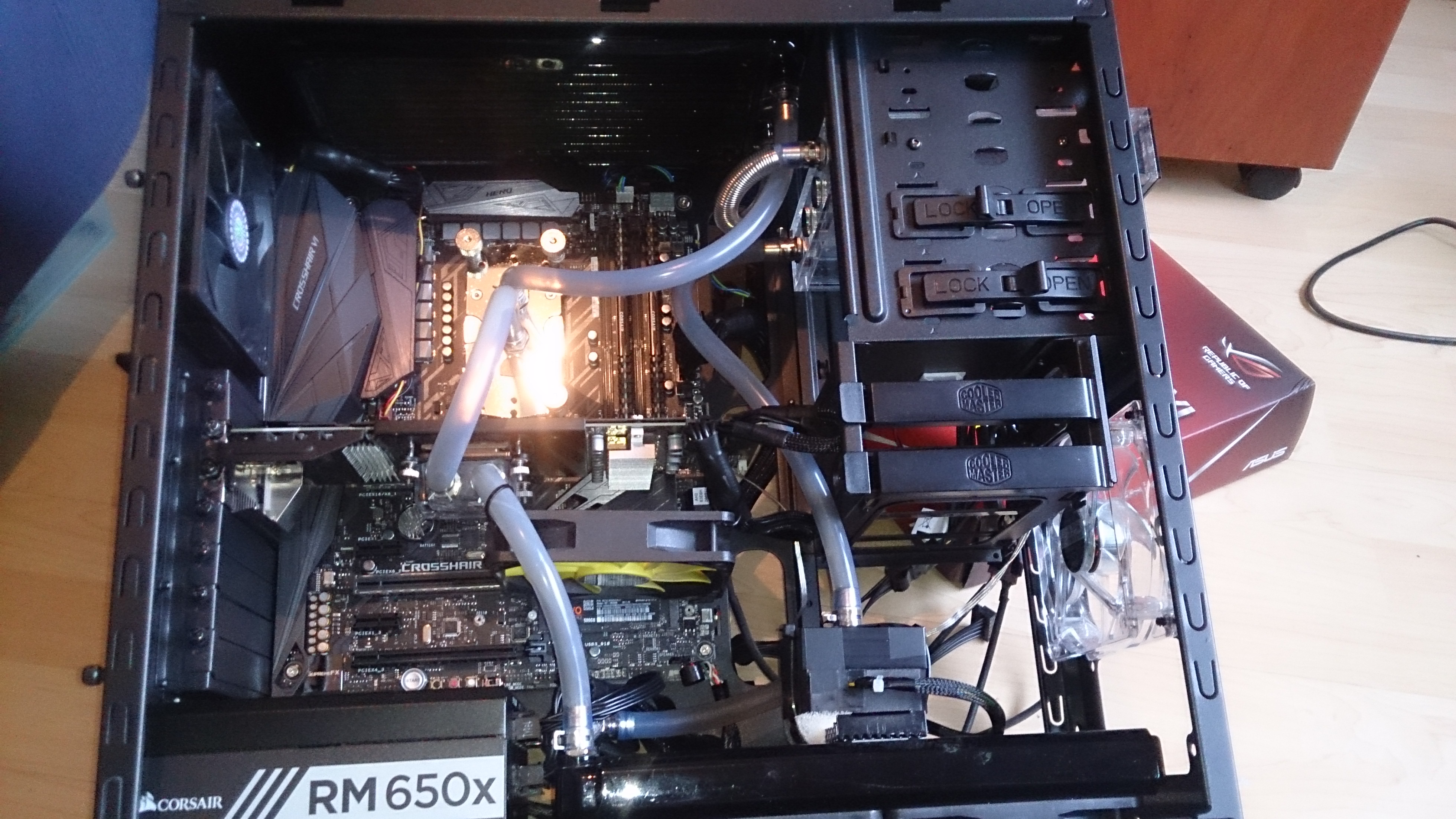 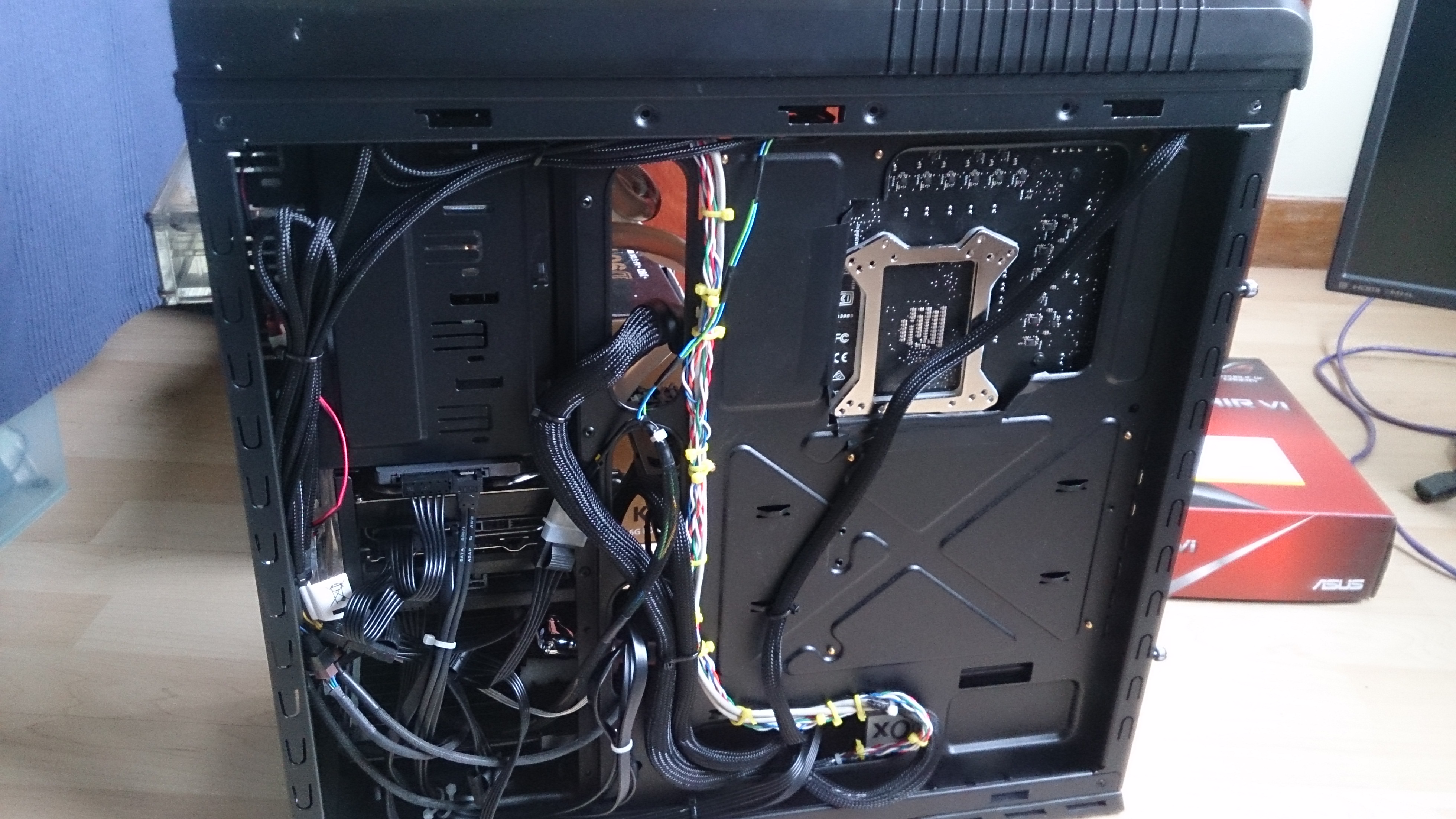 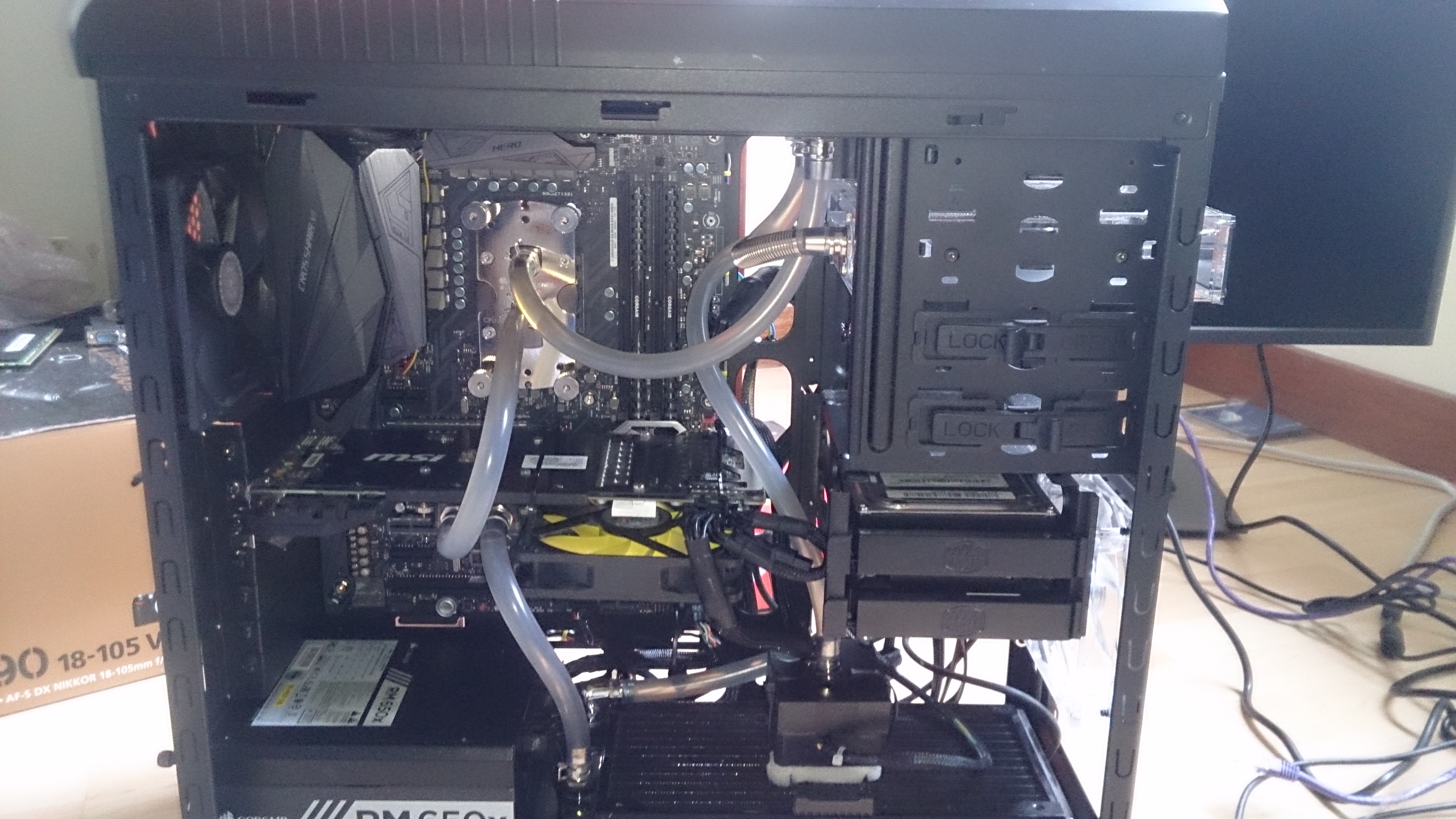 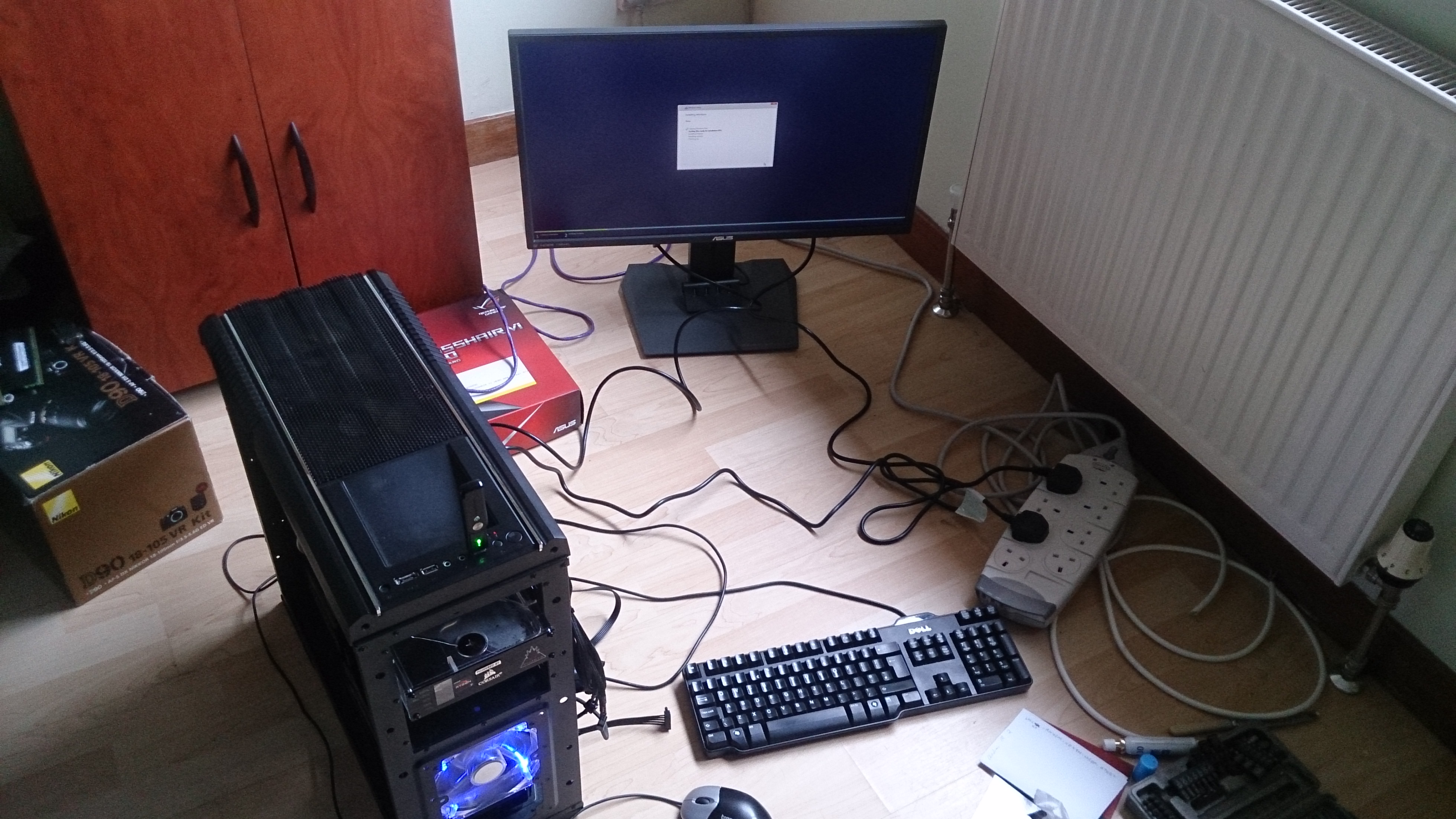 All finished and installed in the office. 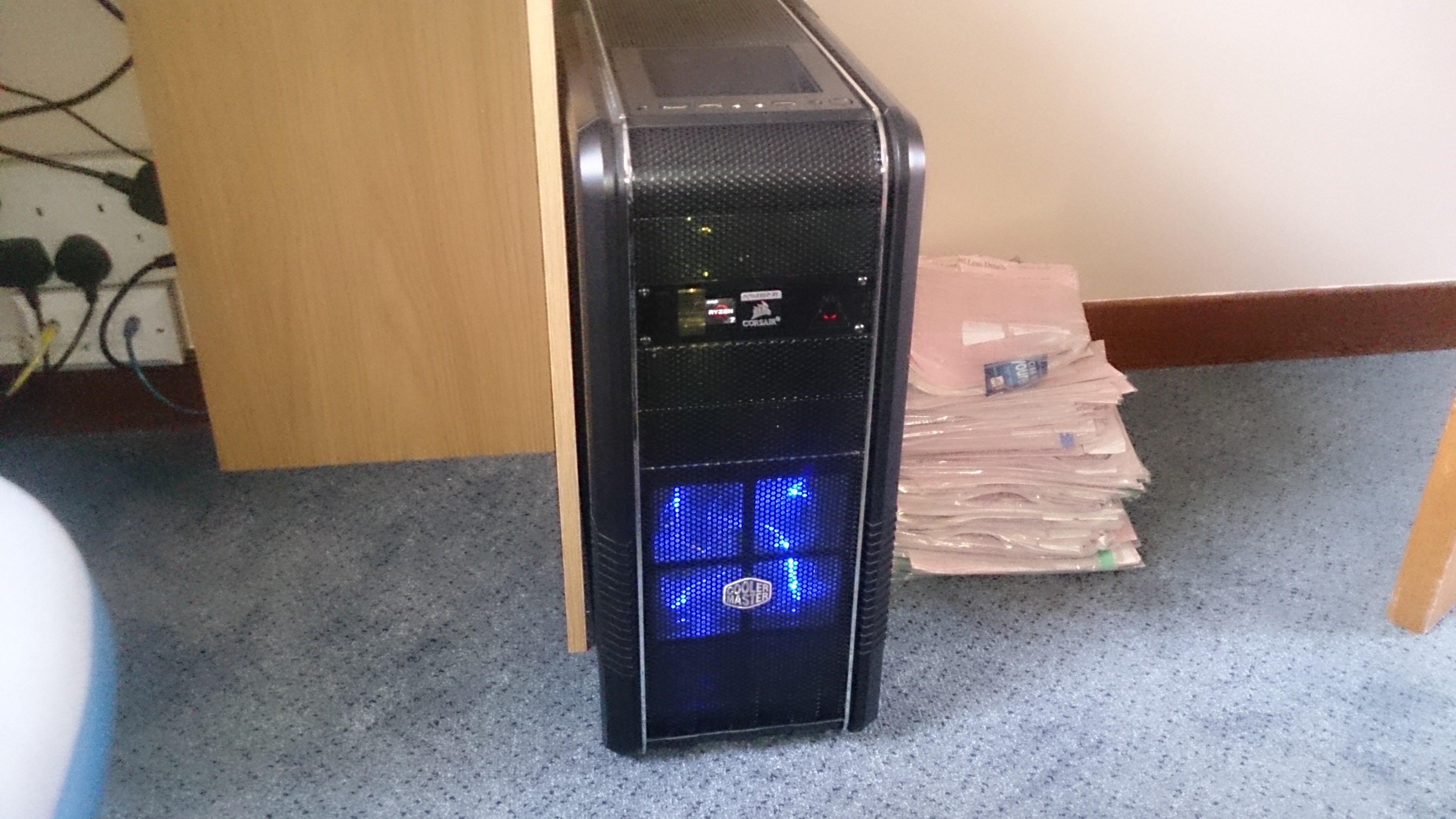 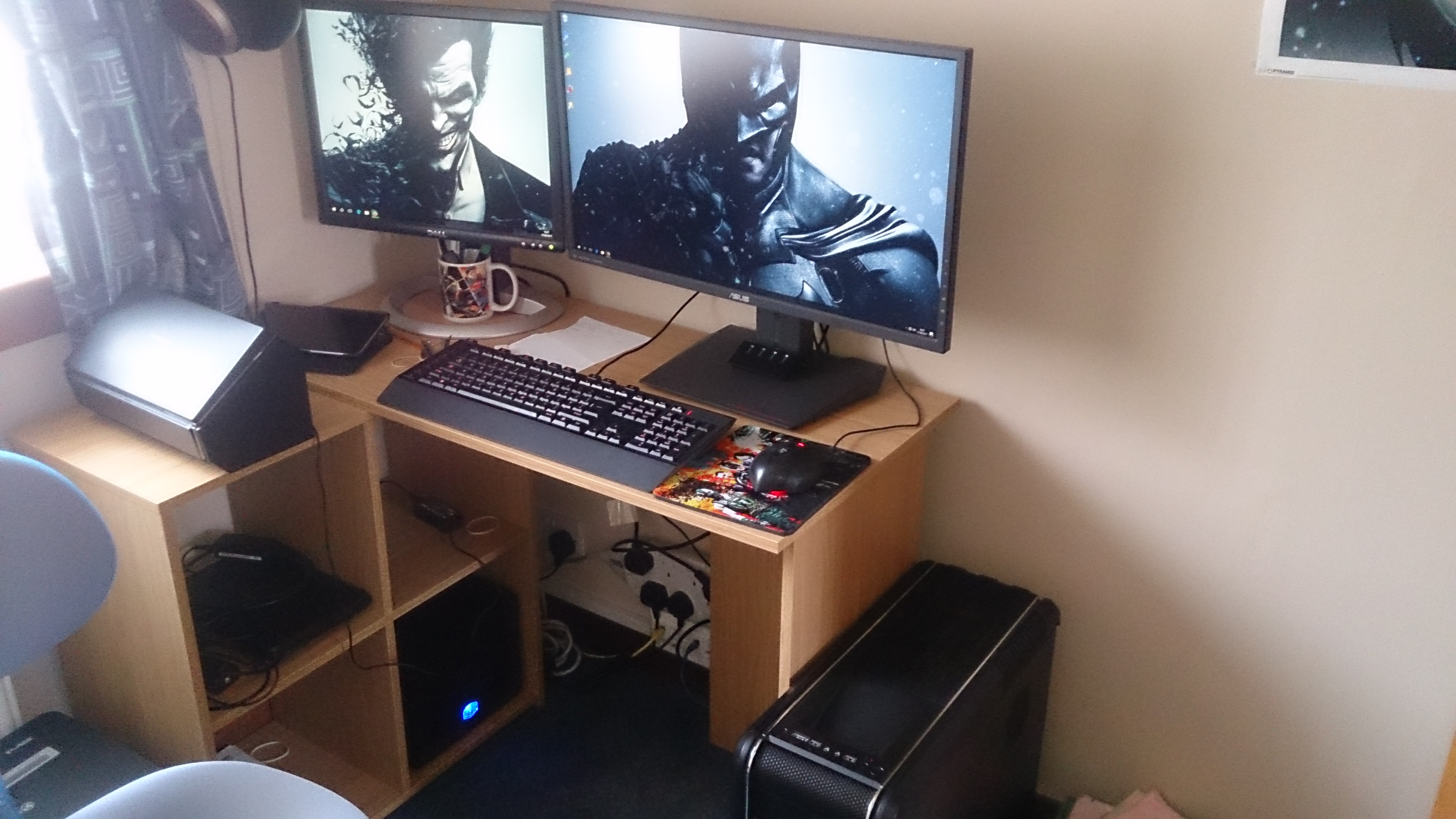 Inital impressions of the rig are very good. It definitely feels quicker than my 2600k rig, though that system was hardly a slouch either. I am impressed with the performance of the 960 evo M.2 drive which is a definite step forward, especially for game loading times.

I have had good results with the overclocking, achieving 4ghz on all cpu cores and 2933mhz on the ram. The voltage to get 4ghz is 1.41V which is a little high, but as I am using p state overclocking the chip can still clock up and down when at idle,so it is not going full pelt all the time. Temps have never broken 60 degrees even stress testing, so the water loop is doing a good job. I am sure I can get more out the RAM, hopefully to the rated 3200mhz, as there is a new bios due from asus soon which is supposed to improve memory overclocking.

Plans for the future are to refine the overclock a bit, as I haven't had a huge amount of time to spend on it as the rig has had to be used for work and I can't afford to have it crashing all the time. I also plan to upgrade to vega when it finally shows up. I am also looking at mechanical keyboards. I am generally extremely happy with the rig however, and expect it to last for some time. Certainly for gaming it is doing a great job and I doubt I would notice much difference with an intel system.
CM 690II - Ryzen 7 [email protected] 4Ghz - Asus Crosshair 6 hero - 16GB Corsair Vengeance lpx - Black ice gts 240 x2 - HK HF supreme VGA - Koolance 370 - EK-DDC 3.2 PWM X-TOP CSQ - MSI R9-290 Gaming - 500Gb 960evo - 500Gb 840 evo - 4Tb seagate HDD - audio technica ath ad700 - Sidewinder x4 & x5 - Asus mg279q - Corsair RM 650x

I think this is the first Ryzen build we have had in ere .

Very nice build. i7-6700k + GTX 1080 here, I really like AMD's new Ryzen chips and I'm happy there's finally solid competition in the market place as Intel's price gouging and lack of innovation is getting tiring. Shame AMD is taking forever with Vega, they really need some decent high end GPU's. Hope you manage to get the RAM running at 3200MHz with a future BIOS update, as from what I've seen it really makes Ryzen fly. Those Ryzen 1700 chips are crazy good value, but as a gamer I design my builds for the absolute best gaming performance, hopefully with Zen+ and a bit more optimisation focus from devs they will be close to on par with Intel.

Yeh AMD has dropped the ball with Vega. It'll soon be competing against Volta which it will be hammered by.

I can see Vega being decent, maybe around 12 TFLOPs so a bit better than a 1080 but less than a 1080 Ti. But I don't think it will be a particularly great overclocker.
No doubt supply will be bad thanks to HBM.

AMD's done well with Ryzen but it needs to compete in the GPU space too.

Your thread and build has inspired me to go Ryzen too.

Just ordered the 1600x. I like the idea ill be able to drop a 3 year newer cpu in the same motherboard which should keep me running well.
J

The Byski block and a universal gpu block and 1060.

sykotik said:
I think this is the first Ryzen build we have had in ere .
Click to expand...

2nd I built mine at Christmas, for some reason did not post pictures 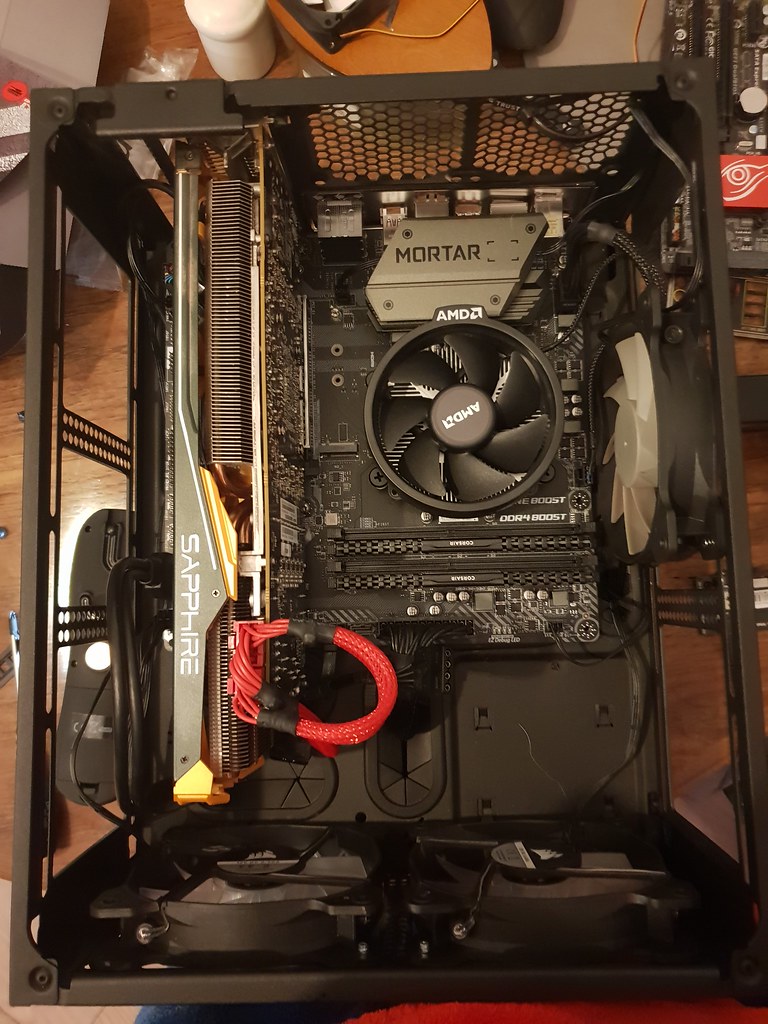 I stuck with my 290x as well, at 1080p it currently is not worth upgrading.
I had that cooler master case a while back and miss it a little. Having to go mATX for my Ryzen build limited me to what motherboard (no X470 available in mATX, and micro ATX is ridiculously expensive for x470) so went for the best B450m. I did have a water cooling loop in the CM as well, it is an excellent case.
Out of curiosity, how much was the RAM from marketplace?
"I don't see any cause for further discussion or comment. You already have all the answers you need." LV426, circa 2020

Delvey said:
2nd I built mine at Christmas, for some reason did not post pictures

I stuck with my 290x as well, at 1080p it currently is not worth upgrading.
I had that cooler master case a while back and miss it a little. Having to go mATX for my Ryzen build limited me to what motherboard (no X470 available in mATX, and micro ATX is ridiculously expensive for x470) so went for the best B450m. I did have a water cooling loop in the CM as well, it is an excellent case.
Out of curiosity, how much was the RAM from marketplace?
Click to expand...

RAM from marketplace ???? not sure what you mean ?

sykotik said:
Is that not corsair case ( looks like the 240 ) unless it's the same as the CM one ?

RAM from marketplace ???? not sure what you mean ?
Click to expand...

Yes it is the 240. I used to have the CM
As for RAM from Marketplace, I am talking about the OP. It looks like he purchased his RAM from Amazon Marketplace (they sell returned items at a discount)
"I don't see any cause for further discussion or comment. You already have all the answers you need." LV426, circa 2020

Delvey said:
2nd I built mine at Christmas, for some reason did not post pictures
Click to expand...

Kwman said:
I built mine in Jan 2018, but never took pics as well
Click to expand... "I don't see any cause for further discussion or comment. You already have all the answers you need." LV426, circa 2020 Not sure why we are posting proof of purchase lol
You must log in or register to reply here.

S
Need help on opnions of this gaming desktop