Alrighty, I am about to plunge £130 into a VR lens inserts for my Quest 2 headset, by VR Lens labs based in Germany because from all the research I have been reading up online and youtube vids, they seem to have the thinnest profile to achieve the optimal degree of FOV within the Quest 2 limitations. The lens quality and coating also appears to be of the highest quality.

But before I invest that amount of money on a lens for a headset that isnt actually my primary headset (PSVR is my primary) I thought I check if anyone here has any stories to tell about this particular lens or any other brand for that matter just for the sake of discussion Or do any of you have a VR Frames glasses? I mention more about this at the end of this post. I am also hesitating because VR Lens Labs solution is the most expensive! I could buy a second hand PSVR from CEX for that much! But the reason it is more expensive is for two reasons. 1. They provide a newer adapter option which is thinner and brings the lens closer to the quest lens giving more FOV, and 2. the lens is of the highest quality using "free form" engineering giving a larger area spread of accuracy in the prescription...all jargon to me in all honesty but that's what the couple of lens experts say in my research, ha.

The reason I do not go for magnetic solutions provided by VR-Wave and Reloptix is 1. these solutions have thicker profiles so FOV is a little far from optimal and 2. the notion that non magnetic lens inserts are hard to remove does not appear to be true for all, just a slight more hassle which is a bearable hassle for me if I want to share my Quest.

I had the quest 2 since it was released and used it wearing small frame glasses to avoid the horrid discomfort I suffered with full size frames. But compared to the PSVR, the Quest 2 is vastly inferior in most of the areas that matter to me. Motion fluidity, comfort, tracking volume and most of all...FOV, all of which makes all the difference when playing competitive sports VR games (a primary use of VR for me). I need to get rid of the spacer and to get rid of the spacer I need to also rid of the glasses to avoid scratches and so I need the lens inserts (or VR Frames which I'll come to later).

So here are some key links that led me to choose this particular solution which may be of use to any of you looking to get lens inserts too:

This was for me the best comparison analysis regards quality.
www.reddit.com/r/virtualreality/comments/prrggc/lengthy_reviewcomparison_vive_pro_2_vr/


Just to bring some balance, here is a positive review of....Reloptix magnetic insert lens. These lenses are getting rave reviews all over the net BUT a common point being made in most cases as in this review, is that the lens protrude out more. This may not matter to you as it does for me, so you may like to consider Reloptix and they do have the most simplest all inclusive pricing and are the cheapest! But they are American so obviously paying more for shipping if you are in UK. A dominant Oculus Quest Facebook community also champions these. But its not for me.

Now about the VR Frames I mentioned. It is also sold by VR Lens Labs. Basically these are spectacles but in the form of a minimalist elastic head band frames that brings the lens close to your eyes so can use on any VR headset. Sounds a brilliant solution. There is only one video that reviews this solution by MRTV whom I have a little distrust in as I find a few too many signs of insincerity in his reviews over the years and I doubt he even tested it properly. But my only concern is fogging. With no air flow, it just seems prone to fogging and I am a very physically intense VR player, I sweat a lot. So I don't want to gamble on these for that reason. Any of you have this?

BTW I only look at reviews and discussions of the last year. Apparently, VR Lens Labs had a barrel distortion on their earlier lens 2-3 years ago but I think have eliminated that effect since then.

So what are you thoughts and what have you experienced with your lens inserts (or VR frames!)?

I got the Lens holders from thingiverse 3d printed and put the lenses in myself as per the instructions.
Cost me 30 quid total. Works beautifully.
I'm sure you might gain an extra 1or 2 degrees of FOV for your extra 100 quid but then I gain them back by only having 2mm of foam around the mask bit.

Horses for courses n all that

scotthillier said:
I got the Lens holders from thingiverse 3d printed and put the lenses in myself as per the instructions.
Cost me 30 quid total. Works beautifully.
I'm sure you might gain an extra 1or 2 degrees of FOV for your extra 100 quid but then I gain them back by only having 2mm of foam around the mask bit.

Horses for courses n all that
Click to expand...

Foam cover I made my own. 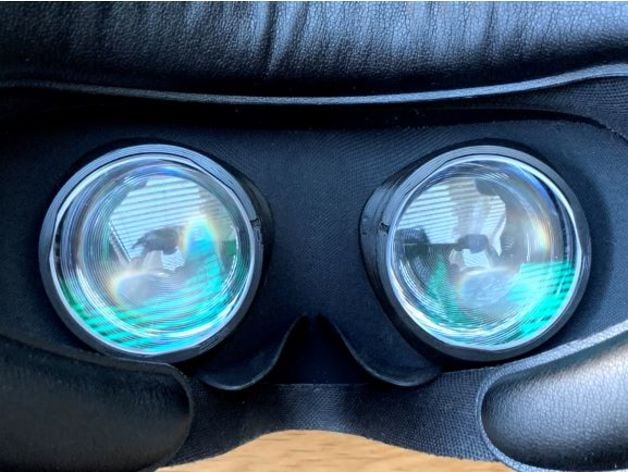 Description If you are looking for headset lens protector, consider printing out this model instead: https://www.thingiverse.com/thing:3653631 Prescription lens adaptor for new Oculus headsets (Quest 2, Quest and Rift S), which all have the same lens adaptor mount. It's designed to take standard...

I (and others) have used Allen's 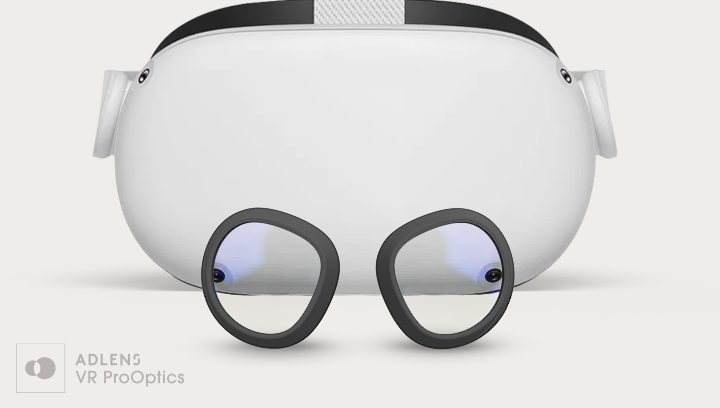 store.adlens.com
Service was very good with delivery in around 1 week. Haven't noticed any loss in visual quality over using glasses or contact lenses.
"I don't see any cause for further discussion or comment. You already have all the answers you need." LV426, circa 2020

@TheyCallMeTJ Did you get the lens inserts/VR frames? Be interested to know your thoughts

Ptenisnet said:
@TheyCallMeTJ Did you get the lens inserts/VR frames? Be interested to know your thoughts
Click to expand...

My first lenses for my Vive/Vive Pro were from VR Lens Lab, and were terrible. Barrel distortion to the max, despite ordering the more expensive thinner type that were supposed to reduce it.

Second set were from VR Optician (previously vr-lens.eu). The holders were a bit cheap being 3D printed, but the lenses were perfect and I still use them.

I think I got mine from Ad Lens for £80, hardly used my Quest since getting them though

When I tested them, they seemed fine.
Xbox Live Goooner1, PSN MonkeyGooner
C

I bought the virtuclear/framesdirect one promoted on the oculus site for £92. It's well made and took about 3 weeks to get them. Vision wise, its only slightly better than my 3d printed version
G

I went cheap, as I don’t have much time to use my Quest 2, but I have wide glasses that were a faff and uncomfortable. Ordered from Ali express ( qurk store) for £36. Not had any problems (Been using them for months) vision quality to me is no different to when I was wearing my glasses.
You must log in or register to reply here.