Veronica Carlson as passed away age 77, the actress stared in many horror films and UK tv adventure series such as Department S. and Randal and Hopkirk Deceased, and was in a regular spoof spy series Spyders Web. She died back on the 27nd February 2022
Total gutted I absolutely adored her, and a few films she was in got killed I should enjoy but dont as what happened to her even though fictional.

I remember she appeared with Roger Moore a couple of times once in The Saint and once in Crossplot which the fool did not go off with her but someone else. 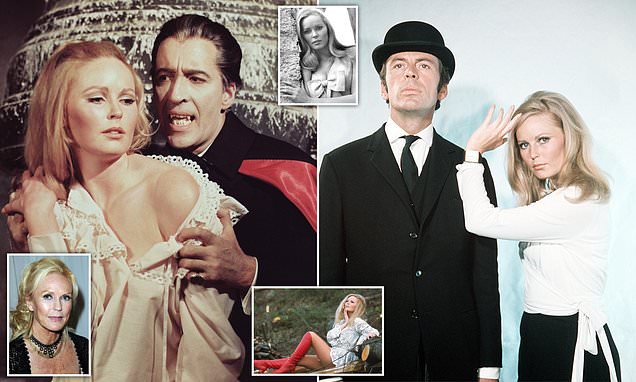 York-born Veronica Carlson, best known for her performances in classic Hammer Horror films including Dracula Has Risen From The Grave has died of natural causes.

I'm so envious of the interviewer who not only sat beside but got a kiss off her.
Lovely gracious, lady body and soul.

I have a art print similar to this scene hanging in my hall way signed by Christopher Lee. Last edited: Apr 13, 2022
My opinions expressed here are just that. That gaff is dyslexia
Ruby Quartz Shades. Well, what would you prefer! Yellow spandex? Oh and Logan Stay Away From My Girl.
What's a Magneto? You Homo Sapiens & Your Guns. When Will These People Learn How To Fly.
​
You must log in or register to reply here.