A comedy is in early development, based on the 1983 National Lampoon's Vacation.

Focusing on Rusty Griswold, son of Chevy Chase's Clark. Rusty is now a father himself, so takes his family on vacation. David Dobkin attached to produce and possibly direct.


New Line is meeting with writers to write the script but the take is already developed: the story focuses on Rusty Griswold, the son of Clark Griswold, the protagonists of the initial movies and portrayed by Chevy Chase. The younger Griswold is now a father in his own right and takes his family on a road trip vacation.

The characters would acknowledge that first trip, making the movie more of a sequel than a reboot. Chase and Beverly DAngelo, who played the mom in the original movies, will have room to make appearances as grandparents, providing a sense of continuity, though no deals are in place.

The original Vacation is a Warner Bros. property but as soon as New Line became part of the studio, exec Sam Brown began sifting through the parent companys titles to see what was available in terms of rights. He eventually found Vacation, a movie he has watched more than any other in his life, and brought it to New Line president Toby Emmerich and production president Richard Brener, who jumped at the possibilities. The duo asked Warner brass if it had any plans with the title. It did not and the New Line execs persuaded the brass to let them take a crack at it. Brown is shepherding for New Line.

National Lampoon is not involved at this stage, as Warners controls the characters and the title.
Click to expand... 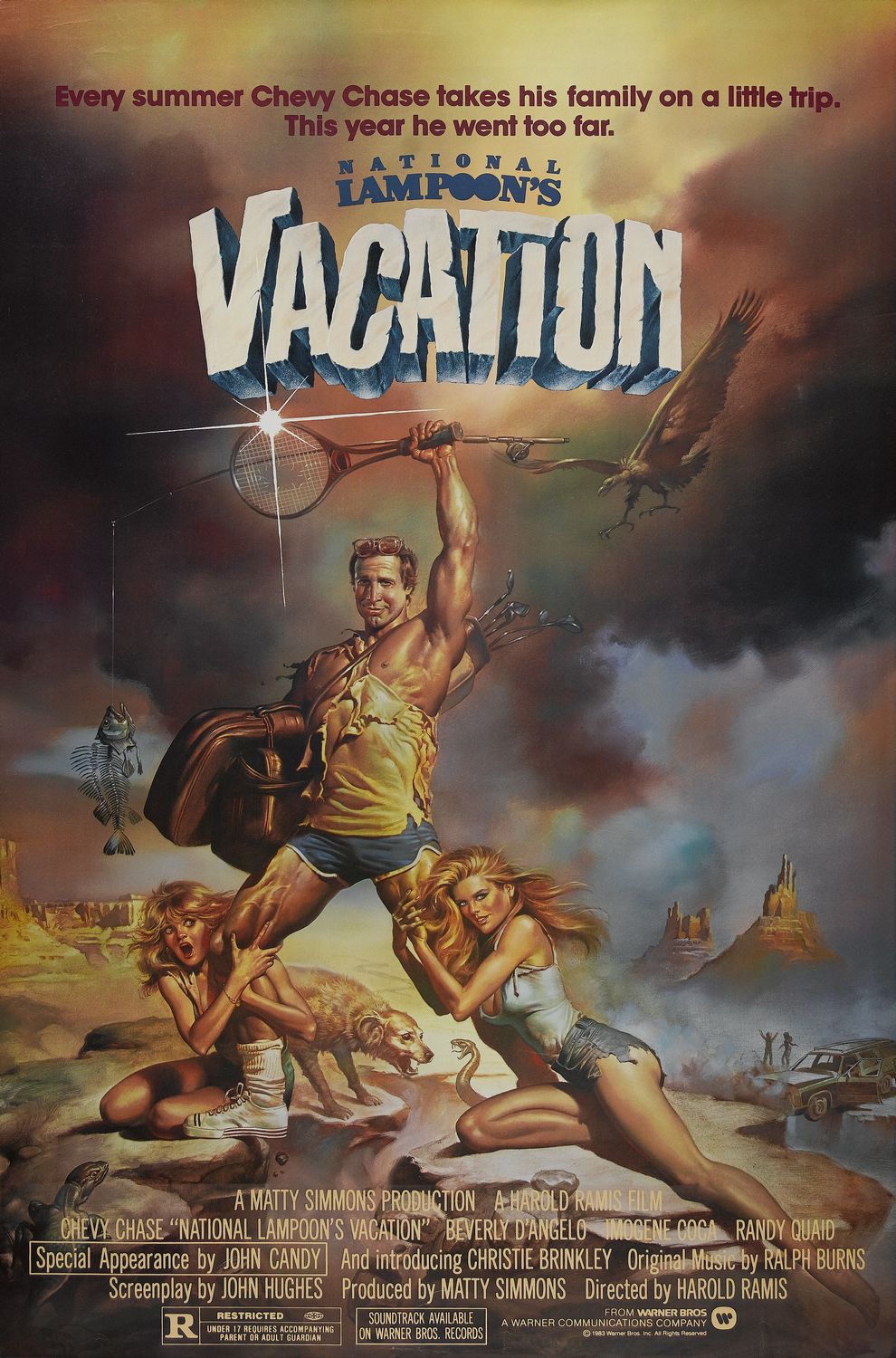 Razor said:
The original Vacations are classics's. I hope they do this follow up justice.
Click to expand...

Hopefully Chevy can have a bigger role than a cameo, as he still working regularly as seen in 'Community' series. Would be fun to bring the grandparents on the road trip.

I quite enjoyed that for what it was

No Chevy Chase, No National Lampoons

If Chevy is there then Beverly D'Angelo has to be there!
If all else fails, hit Ctrl+Alt+Del.

The 2 originals are 2 of the finest movies ever made, absolutely loved them & Beverly!!

I wonder if they can get hold of the bird Rusty was undressing in the Germany, I'd like to see that character developed

Anybody ever done a real life' Griswald' ?

A mate of mine once went all the way to Chatsworth House with his partner and it was shut !

Chevy Chase and Beverly DAngelo will be reprising their roles as Clark and Ellen Griswold for an advertising campaign to be launched during the 2010 Superbowl. It will feature an exact replica of the films iconic Wagon Queen Family Truckster.

Nobody can replace John Candy either as Wallyworld security guard, all the heavier funny men are gone

raigraphixs said:
Chevy Chase and Beverly D'Angelo will be reprising their roles as Clark and Ellen Griswold for an advertising campaign to be launched during the 2010 Superbowl. It will feature an exact replica of the film's iconic Wagon Queen Family Truckster.
Click to expand...

Chevy Chase and Beverly D'Angelo are back

(This is not a film teaser, but for a vacation rental website to be screen at Superbowl)

As above tv ad, now full version is up for Hotel Hell Vacation - mini movie with Chevy Chase and Beverly D'Angelo.

Jonathan Goldstein and John Francis Daley are tapped to write. The latest project, which will no longer carry the National Lampoon credit, is being described as more of an update than a sequel and will be closer in tone to "Planes, Trains and Automobiles" than the previous chapters. Story will focus on Rusty Griswold, now a grown man, who decides to take his own wife and kids on a road trip to Wally World before it closes forever.

Chase is expected to reprise his role as Clark Griswold, now a grandfather.

Kevo said:
Anybody ever done a real life' Griswald' ?

A mate of mine once went all the way to Chatsworth House with his partner and it was shut !
Click to expand...

When i went to Bermuda last year i got a cab from the main town of Hamilton all the way to the fort in St Georges(i think!), got out at the bottom of the drive type thing, waved the (expensive!) cab good bye as he drove off, walked up the walk way - CLOSED sign!!! = me stuck in middle of nowhere, 20min walk to the nearest bar...
Ey up!
​

Chevy Chase has written his own competing script ideai for the film;

Ive written an idea that would be basically like a Swiss Family Griswold. Theres a cruise, theres a fire on the ship, we think the whole ships on fire and we jumpits just a little fireand we end up on an island where we meet Randy somewhere whos been left there from an old Survivor series.
Click to expand...

Originally David Dobkin was attached to produce and direct the film from a script that Goldstein and Daley wrote themselves, but he's decided to opt out of the project.

Reports say Ed Helms (The Office, The Hangover) is top choice for the role of Clark Griswald's son, Rusty.

I re-watched 'Christmas Vacation' (1989) the other night, very entertaining
Forgot how hot Beverly D'Angelo was, Clark chatting up the hotter store girl. A young Juliette Lewis had crazy eyebrows.

Thought I would share this to the fans of National Lampoons movies..

Yes it's Clark Griswold and myself..

"Were gonna need a bigger boat"

raigraphixs said:
Chevy Chase has written his own competing script ideai for the film;
Click to expand...

I hope hope Chevvy is prominently in this new one.
Click to expand...

Love all the Vacation/Vegas films, really hope Chevy has a big part in the new one!

indy1975 said:
Thought I would share this to the fans of National Lampoons movies..

Yes it's Clark Griswold and myself..
Click to expand...

is that you Rusty?

Ed Helms (The Hangover) now in talks to play Rusty Griswold
You must log in or register to reply here.

You, Me and the Apocalypse (NBC/SKY)