I have an ancient 32bit W7 MCE system + 2 xbox 360 extenders.
I'm running a Hauppauge WinTV-dual HD DVB-T2 USB tuner and and AstroMeta DVB-T2 USB single tuner.
The WinTV-dual is 4 years old and seems fine
The AstroMeta is dying - keeps disappearing from MCE which fails to record ... silently . It's the second I've bought in 3 years.
I tried running 2x WinTV Duals but my system doesn't like it and Hauppauge couldn't help me resolve it.

Is there anything more reliable out there or should I just spend another £20 on an AstroMeta from eBay?


(I'm not looking to change anything else, just after a reliable, cheap USB tuner thanks - previous experience here if you want to read up)
My Flickr Pictures
My Instagram Pictures
PSN AMc2010
M

The Pinnacle 290e was pretty good when I ran them, there's one on eBay: 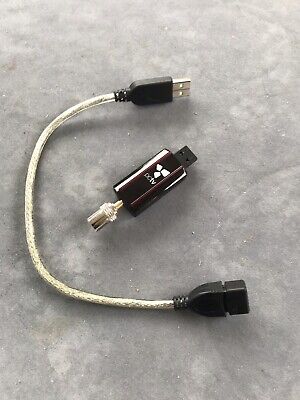 Other than that I think you're likely stuck with the AstroMeta ones.

Alternatively you could go with just a plain DVB-T tuner and not go HD?

edit - looking back on my time with MCE and USB tuners, I should have just gone with an HDHomerun like I do now with NextPVR/Kodi.

@maddy Thanks for posting - I saw the 290e tuners but I was a bit wary of the mini antenna connectors esp. buying used. I know from years of bitter experience with Freeview here that any weak link in the aerial chain results in "weak signal" errors on windy days which cause much annoyance.
Have you found them reliable?

That said I haven't seen any decent DVB-T tuners either.

I only found Astrometa tuners from China and I've read lots of reports that HMRC's new rules on VAT mean that low value things may end up with VAT and handling charges so I've been less keen to order.

FWIW I fiddled around with the USB extensions and reconnected the aerial fly leads, we also had a couple of power cuts which mean the system has been hard reset a couple of times. Touch wood it hasn't dropped any recordings since.

I spotted a no name 2 tuner USB stick on ebay - opened but never used - I found a windows update link for drivers so I've punted £15 on that - assuming it works OK another tuner would be handy. If not then I'll try another Astrometa and see what the customs people do or see if I can find a 290e.

Looks like I may have bought a T not T2 dual tuner anyway.
I'll see what actually turns up 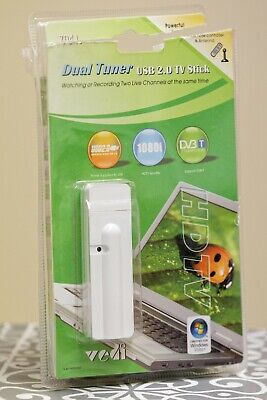 So tuner turned up - it says it's "certified for Windows Vista" which is a bit funny
It has "Maplin Electronics S63 5DL UK" and Vedi as a manufacturer on the box.
It might actually be an Azurewave device - or that might be the same white labelled stick.
Looks long dead from a direct support viewpoint

Installed on my Win7 machine but needed the drivers off the CDROM - nothing on Windows Update for it. At least I had the CD with it so kudos to the eBay seller for that or it would have been useless.

W7MCE recognised it and I went through the tedious channel set up.
Had to accept the MS licence for the guide they no longer offer which was odd, then it grumbled about it not being able to download the channel set up data so used an old file. I wonder if that means it won't be possible to run it at all if you need to do a fresh install?
Also as there are no HD listings it seems to have ignored the HD channels completely. It's possible that the scan used the new tuner which looks to be DVB-T only.
No great loss as without listings I haven't used the HD channels for years.

AMc said:
I wonder if that means it won't be possible to run it at all if you need to do a fresh install?
Click to expand...

There must be a way as you can install MCE on W10.

Oh I expect so - if you're so inclined to tinker long enough.
I can't help but feel I've stretched the life of MCE well beyond the point of sense.
If the machine dies to the extent I have to replace the main SSD drive then it will be out of action long enough for me to consider installing W10 and something new.

I am still using MCE 7 every day, with a pair of DVB-T2 "Geniatech T230C" USB tuners from China.
They give me UK HD channels perfectly fine.
The only problem is that MCE7 does not gather EPG from HD channels, as you noticed.
So I disabled the MCE guide downloader, and instead I use a little batch script that gathers the entire EPG (both HD and non-HD channels) every night. The script uses EPGCollector.EXE to gather the guide every day. It's a free tool that you need to install and configure first.
This has been working almost perfectly for a very long time, allowing me to record and watch my favorite TV shows daily.
Last edited: Apr 11, 2021

Question Dead motherboard or something else...what would you do?