Hi all,
I am looking to set up a home theater system wtha pair of Kef R500's a Kef center and some Royed eden surrounds.....
I would like to get a good sub woofer setup and I am thinking that a twin Rel Quake or Q100 setup would be better than say a single Rel R-305 or Rel T7. What do you all think?

You do realise that the Quake and Q100 is only available on the second hand market. If going down that road you could consider a pair of BK XXLS400 subs. The price is comparable to what the Q100 cost back in the day but with more grunt (400watt amp), and BK did make subs for REL once, (allegedly).

thanks @chrisgeary . Useful info. I have never heard the Quakes so it is good to know. I guess if I was going down the route of two T5i or one T7i it would be more of a question. Do you run a sub at the mo?

3.8KW!!!! wow didn;t realise that HIFI went that high.. ;-) I will take a look at them. Not really consdierred BK to be honest. Was looking mainly at REL and also SVS although ther are very few on the second hand market over here. Which I am geussing is cos it is a USA brand? Seem to be loads of the REL's on the second hand market (ghuessing thats cos it is made in wales).

My search continues. I think I was looking for a cheap option to get lots of good sounding base for movies, but I guess like all things in HIFI, qulaity sound costs.......

I only mentioned the BK XXLS400 because of its similarity to the REL Q100E you were considering.
Both have 12 inch drivers, similar size, the Q100E has a 100 watt amp against the XXLS400's 400 watt amp. The Q100E has a not so nice black finish while the XXLS400 comes in a variety of wood and other finishes. 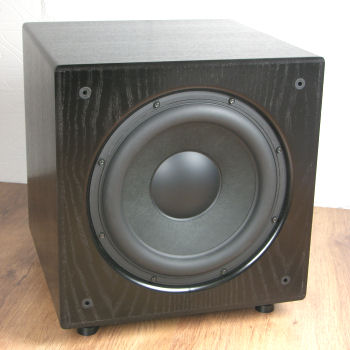 thanks @Dolus useful info. I hadn't really thought of it that way.... very interesting. Would you say you can hear any difference between the Rel's and the BK's? I was assuming that as with most things hifi quality costs and to good better controlled bass would cost more.... hmmmm......

The problem is that you cannot audition BK subs because they are an internet direct company which cuts out the middleman and keeps the price down. They are also hand made to order so a couple of weeks waiting time. but there are many positive reviews of their products floating around.