Topping PA5 - I bought one for a laugh

As long as you implement the crossover before the amplifier, which is not as simple as using the existing passive crossover. Do also bear in mind that part of the reason the PA5 is so quiet is that it has quite low gain structure - 21dB. Most other amplifiers ar 28-28dB of gain so unless the other amplifier has a gain control to turn it down to match, it will be problematic.

The advantage (if there is one) is that the channel only handling the mid/tweeter horns will be operating at lower distortion levels as the current hungry, distortion inducing bass is handled by a separate amplifier channel. As the mid/tweet amp will basically be operating soooo far inside it's output/distortion envelope you may find the system appears to play louder due to a cleaner HF signal.

I suppose you could debate the above, because each of the four channels will be receiving and amplifying a full range signal. This after all is not an active setup. That said, the lower half of this signal hitting the midrange high-pass filter is probably a somewhat less reactive load than the bass driver, so I'd wager the mid/treble amp is still getting an easier ride.

I suppose you could also debate whether you should use a PA5 per channel (vertical bi-amping) or one for the mid/treble of both speakers and one for the bass - horizontal bi-amping. I suspect given the vanishingly low cross-talk measured in the PA5, the vastly more complex NAD C658 is the limiting factor, thus rendering this issue moot.

Either way, you don't passive bi-amp to gain a power increase.

Indeed, I don't know if I'd bother given that the whole thing doubles the price for the minimal gains. I only did it in this instance because it was so cheap to do so!
Click to expand...

How does it effect the specs, soundquality if you don't use true balance cable but just 6.3 mm jack in the amp and what ever you need in the other end, which often is rca
Last edited: Apr 8, 2022
Cambridge audio AXA25 (new),M-Audio M-Track solo, Yamaha CD-S300,Denon DR-M33, Pro-ject primary,Speakers Mission LX 3 MK II on isoacoustics stands,Sommer Cable SC-Meridian SP260,qed digital, analog,inakustik,qed.

gasolin said:
Ho does it effect the specs, soundquality if you don't use true balance cable but just 6.3 mm jack in the amp and what ever you need in the other end, which often is rca
Click to expand...

You may end up with a slightly higher noise floor, although that difference whilst measurable is seldom audible. If it is or the SQ is noticeably worse, that would be down to the engineering quality difference in the preamp, rather than any inherent difference in the the two types of in/output - Especially given the length of cable runs usually used in a domestic setup.
Panasonic 65FZ802 : Roksan Xerxes: Roksan Tabriz Zi : Ortofon Quintet Blue : Musical Fidelity MX-VYNL : Rasberry Pi4 & Allo Digi One+ HAT streamer running Volumio : The BMF 15s - 15" Active DSP 2-way DIY Build​

No allen key, not extra 4 screws, just a bulk package, one is missing a screw, i called them and i got a new set of plugs and got to keep what i got, no extra charge

I would then have a sliver qed cabel, bi wireable canare cable and the thick cabel from sommercable, then i would more or less have a cable i can use no matter what set up i have and sonically be a good match 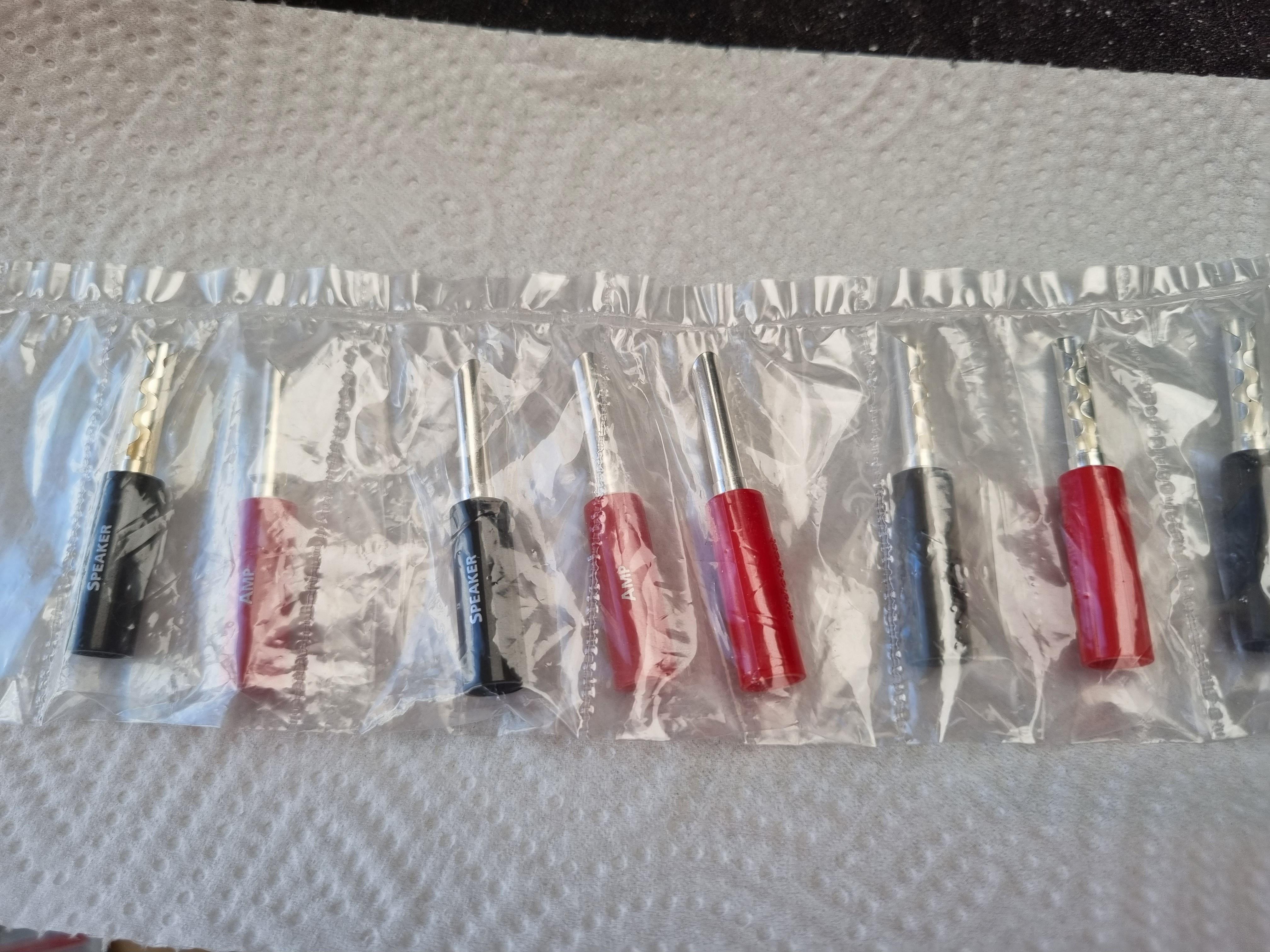 R
Which component to upgrade next? (Or is this a rabbit hole I need to escape)

M
I got bitten by an Acoustic Invader

How much input voltage does a power amplifier need?
2