The volume wouldn't stay there constantly basically I want to go that high... Well... Just because I can, and because as I said I am not sitting tight, listening to music - it'll be playing while I do other things in the house as well.

It might not be played fully to the max. except for the right occasions. I left the amp headroom in there, as the calc recommended that to avoid distortion... I don't know any better, so just left it.

I don't know how much the CVs can deliver in terms of SPL, I just remember the absolutely devastating boom, and volume of the CLS 215's... Then again, 4 x 15" woofers gotta make some kind of noise. I'm just not so keen on the size of those things, but it may end up being a compromise, if I can't find something smaller on par with them...

But - the headroom aside - did I interpret the calculation correctly?
D

sharza said:
But - the headroom aside - did I interpret the calculation correctly?
Click to expand...

Yes, sort of - in theory terms - but in real world use terms I think you really need to understand how loud these actually sound, and how much difference it makes if you adjust the volume by just a few db, and the distance by a metre or two.

Also, you can't put 1000's of watts of power through domestic speakers, they can usually take small bursts of high power for dynamic peaks, but not constant streams of it.

To get 110db from 6 metres away on 91db sensitive speakers, you would need to feed them 2860 watts - I don't actually know of any speakers that can handle that.

But, if you sat 3 metres away and listened at 100db, which is still really loud, you only need 71 watts.

I think it would really help if you had an idea about how loud different SPL levels sound in real life:

I assume you are right about establishing a baseline for SPL real life - as you rightly say - I don't know, so right now it's just speculation in numbers, which I really can't apply to a real life scenario.

I'm not entirely sure how to convert and calculate exactly - I will use my current denon avr 2310 as base for the calculations, and Geoffs sensivity calculator to convert its specced watts/ch. My apologies if I do this entirely wrong.

I run my speakers biamped, which by logic should provide the speakers with a combined 202w @ 8 ohm (although I suspect it isn't as simple as that, simply multiplying when biamping - so feel free to correct me)

So if theory holds, which it probably doesn't, the math dictates, that the current amp, and 2 x XLS 215's may get close to 106 dB @ 20 feet, not to forget thei're paired with an active SVS SB16 Ultra sub.

I would guess 106 dB is more than enough, but I really can't have an idea, before using a real SPL meter I guess.

Now - Im guessing that some of the calculations above is off, as I'm a noob in all of this, and probably making some wild assumptions... But how much off am I?
D

@sharza Excellent work so far, but a few things you need to know in order to consolidate some of the maths and apply it to real world use.

1. The calculator I linked to is assuming one speaker in open space, as you mention above, multiple speakers raises SPL, and so does in room response, as the walls and ceiling will reflect the sound and make it louder. There is another calculator here that attempts to take account of some of those effects, it is a lot of estimation though:

2. Speakers being run at 300 watts to sound their best, is a bit of a grey area, it depends on the dynamic range of the source material, the distance from the speaker, and the upper SPL level you want to achieve. Having said that more headroom is always better, so that in those dynamic peaks, there is enough power to play back the audio nice and cleanly with no distortion.

3. Your AVR is specced at 105 watts into 8 ohm speaker when running 2 channels. When running 4 channels (bi-amped) the power output per channel will drop, to approx 80 watts per channel. It is the bass frequencies that take the most power, so potentially by bi-amping you are reducing the power going to the bass drivers of the speakers.

When I wondered if I needed a power amp, I bought a very low cost power amp to try it out. This is an option for you, and I recommend a Behringer A800, or maybe two which you can run in mono mode, one for each speaker: 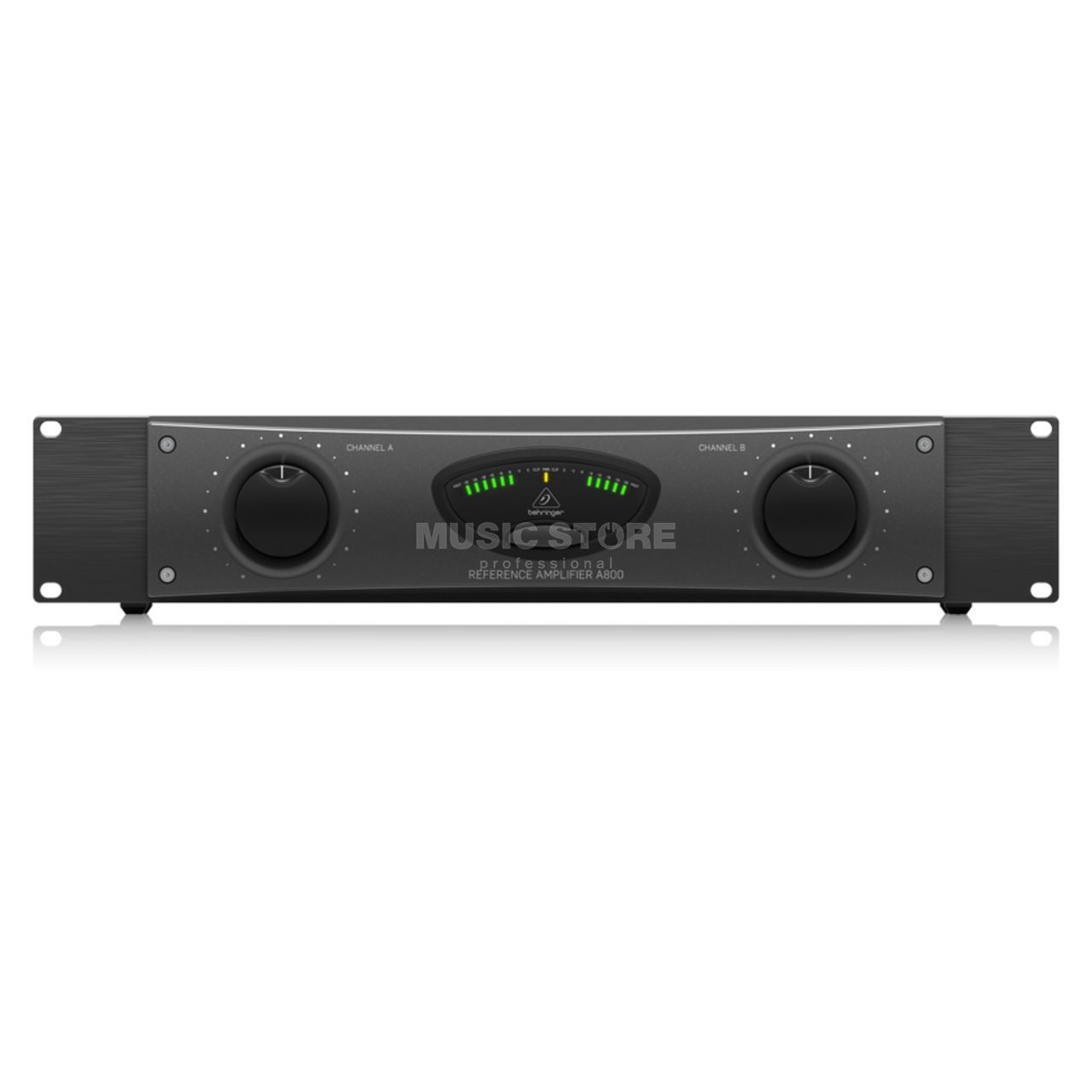 This is a review and detailed measurements of the Behringer A800 Class D Stereo Amplifier. It is on kind loan from a member. The A800 costs US $299 including free shipping from multiple sites. The member who loaned it me has done a youtube video of it which you can see by clicking on this...

I could swear the avr 2310 Is specced to be channel independt powered, so as to be able to fully deliver 7 x 135w simultaneously - but it may be wrong.

Regardless i can confirm that actually getting the amp configured correctly for bi-amping meant I could actually play the Dali's to their fullest, without the amp overheating - before I was in the +15 dB+ volume to go 50% as high as I can now at -10 dB volume... The only conclusion I can get from that is I get more Watts to the speaker by bi-amping (correctly that is).

I have already the A800 on my list, as the first to go to - I am guessing 2 of them, for bi amp - one to each speaker utilising 2 channels each.

In terms of speakers... Using the CV XLS 215 as reference - got any idea wether there is something out there, just a little bit more smallish that can deliver the same SPL (or along those lines... I guess there is a reason for their size)... I like the speakers, but thei're still so damn large, I may have trouble fitting them in so would be nice with some options, preferably from experience by others.
R

You don't get more power with biamping, you're also sharing the PSU so it makes no difference. Avr are typically poor sq and poor amp stages, your Denon doesn't do 135w all channels driven.

The other thing with bi amping without an external crossover is that you are sending the full frequency range to both the LF and HF drivers and the speaker crossover is rejecting the out of range frequencies, this is a very inefficient use of power.

You are better off inputting the full frequency range into one connection into the speaker, with the speaker links in place and allowing the speaker's crossover to distribute the current in the way it has been designed to do.
D

I am stealing this from another thread, it is not an area I have any experience of, but maybe this is more what you are looking for? 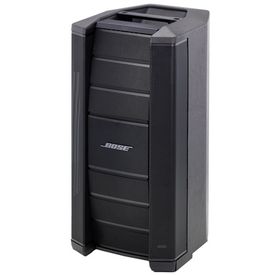 I can't find bench tests for your amp, but found 4400, with 7 channels driven but outputs 76w.

Im not sure those PA speakers fits my bill... granted the speakers are not quite so large, but (imho) they're ugly... I'd rather look at 2 massive CV's with the classic red rings, than those speakers... although it seems you get a lot for the money with those...

I did recheck and follow up on the 2310 specs, and nowhere can I see that it should dip in power if I bi-amp, or play multiple channels - so what is it that make you claim it does? What am I not seeing in terms of factual documentation?

It has a nominal power consumption on the PSU of 600w. If I run biamped stereo, I use max 105 x 4, which should actually deliver 2 x 105w to each speaker... I cannot see why it would need to throttle, since we're talking completely different channels.

I agree it may not be the most economical use of watts to send the full range twice to each speaker, but im not factoring the environmental view into this

I had hoped to find some more technical documentation, or some reviews of the amp, with actual metering of the channel outputs, to see wether it lives up to spec or not... much like one would see in PC PSU reviews, but I had no luck in that department...
S

Found that bench test, and a few others - the right search parameters helps a bit. Also seems after looking into specs on others amps, that most spec is for 2ch audio - it just isnt clear in the 2310's manual...

So I have no doubt you're right.
D

sharza said:
I agree it may not be the most economical use of watts to send the full range twice to each speaker, but im not factoring the environmental view into this
Click to expand...

It's not just the environment, it is actually inefficient in terms of eeking out the maximum amount of power to your speakers from the 600 watt power supply - taking into account that Class AB amplification is approx 65% (35% is lost to heat) plus the AVR also has to power the rest of the AVR, such as the pre-amps and DACs.

It is quite a complex subject, Audioholics did a write up of it recently, might be an interesting read: 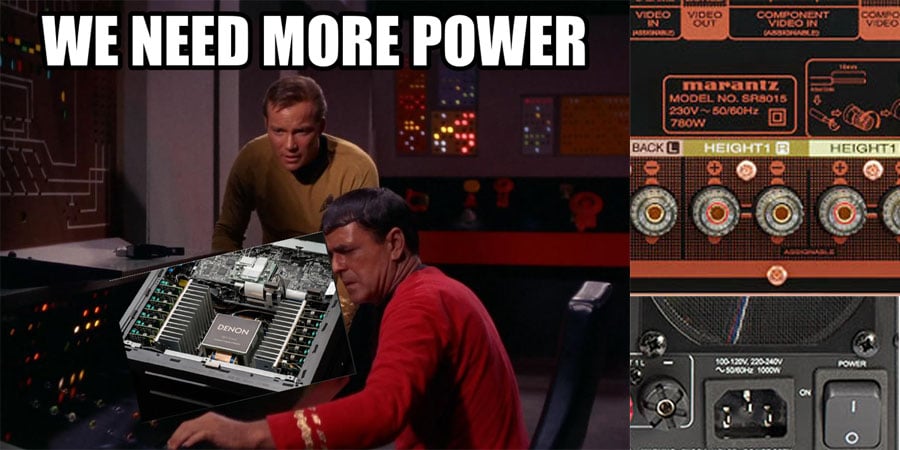 Receiver Power Consumption Rating vs Output Power Is Not Watt You Think!

Ever wonder how your favorite manufacturer rates power consumption on their AV receivers and how it relates to maximum available output power to your speakers? The answer may surprise you so read on.

I tried to read up on some that about effectivity.... got a little more knowledge, but seems like a complex matter, and probably also more than I'd aim for... The mental capability is what we call a "finite resource" - so I think I'll ration it here, and not pursue that too far

I've put an SPL meter on the wishlist, although finding a good one wasn't exactly easy - rather a debatable subject as well ... but it seems like many comparisons puts most cell phones paired with an app, relatively close to the performance of professional SPL meters... So I will try to get a measurement of the SPL at home... has to wait a bit for me to clear some room in the calendar, as work up towards the new year, is pretty crazy...
S

Did an SPL test with my phone... 87 dB from aroung 1.5 meters in an V cone from the load speakers... It was quite loud btw - but could be higher with no issues I'd say... there is no distortion whatsoever at this level.

I didnt wanna go higher, as im in doubt about the speakers rated wattage - several mails to Dali later, I've got absolutely no response... a little disappointing really.

Wanna test it when I get a proper SPL meter, but the phone should give an idea of the level give'n'take a few dB's...
You must log in or register to reply here.

K
Have I damaged my new Dali speakers?