Directed by John Pogue. The Quiet Ones was filmed in Oxfordshire.

Inspired by true events, The Quiet Ones tells the story of an unorthodox professor who uses controversial methods and leads his best students off the grid to take part in a dangerous experiment: to create a poltergeist. Based on the theory that paranormal activity is caused by human negative energy, the rogue scientists perform a series of tests on a young patient, pushing her to the edge of sanity. As frightening occurrences begin to take place with shocking and gruesome consequences, the group quickly realizes they have triggered a force more terrifying than they ever could have imagined.
Click to expand...

'The opinions that I express here represent exactly what I want them to represent'. 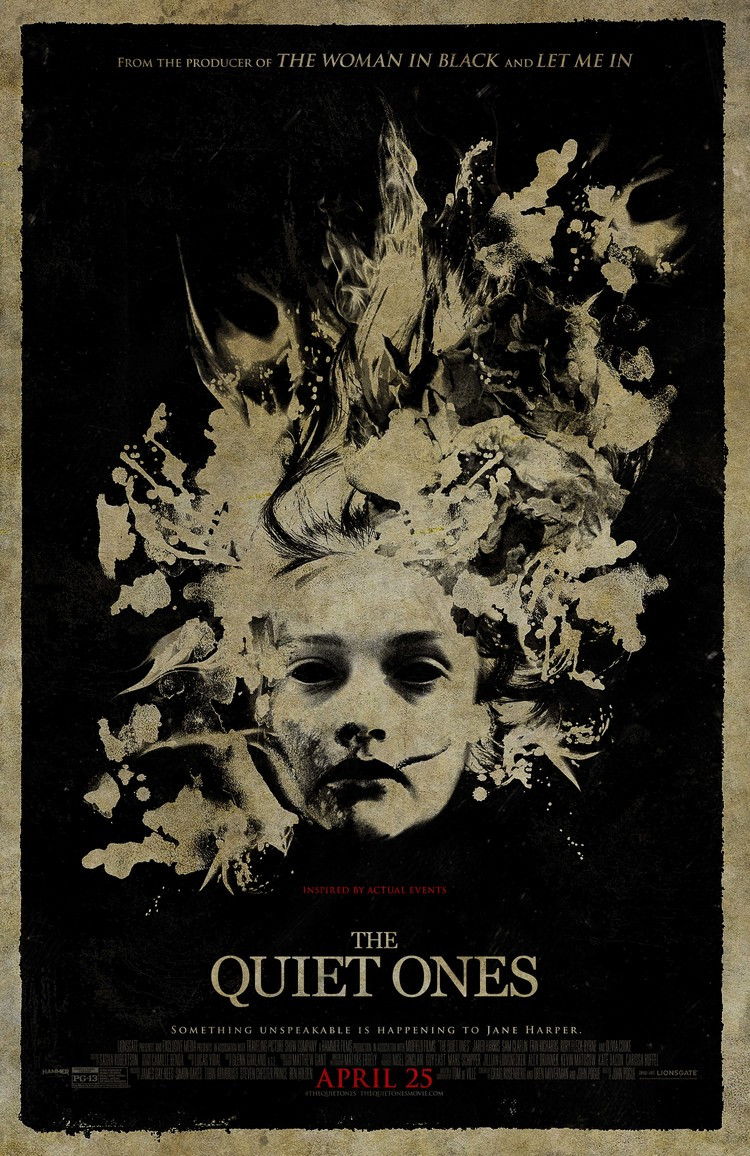 This looks good but i hope it has better pace than Woman in Black. Also wish Hammer would make a proper horror that's 18 certificate (as they used to) rather than pussy footing about trying to make films that are more family oriented. A film of this subject shouldn't be 12A.

The latest horror film from the re-vamped Hammer has, as Steve Withers discovers, plenty of loud bangs but not enough real scares. Read the full review by clicking on the link below.

The Quiet Ones Review | AVForums

dan1210 said:
its annoying they keep making these films 12a to make as much dosh as possible, they are all at it now, prometheus only just scraped by and robocop reduced to a 12!
Click to expand...

Couldn't agree more, but it's all about the money, so it won't ever change.
My opinions expressed here are not necessarily those of the AV Forums or the associated websites.

This was the third film of a spontaneous triple bill today which actually completes my top three favourite genres, Sci fi (Transcendence), Martial Arts (Raid 2) and finally, the supernatural.

As the film began, I got the feeling of "Oh...how retro, its not a handheld lost footage film!!"...then guess what, a student with a handheld movie camera appears and it becomes a handheld camera film! Well, actually its a fusion of both and I actually liked that dynamic.

In all honesty this doesn't actually feel like a Hammer film but you know what, it was nevertheless a damn good entry in the supernatural genre. It had an intriguing new spin to the usual "possessed" storyline that toys with different interpretations of what the supernatural is. I loved that angle. Plus this was genuinely scary and unlike the tiring Paranormal Activity movies, we get a full on narrative here with a complete and imo a satisfying story. The performances were very engaging too and the film was well paced. Being what it is, there is a lot of cliches, including the false alarm jumps but it does crank up the intensity and dread in the right places.

I very much dug this one but you know, I always feel the effectiveness of such a movie like this will all depend on your mood and vibe of the audience you are with.

Approach this without cynicisms or expectations and I think you would enjoy the story and spooks and even an interesting potential love story.

This is another film, along with Transcendence that seems to be getting a disappointing critic reception but I think the film deserves a little more credit than that.

Saw this yesterday and found it a lot more enjoyable than the god awful Paranormal Activity series. Yes it uses the old noise trick a little too much I still found it to be an effective chiller. Had loads jumping out of their seats in the cinema. Only thing that ruined it for me was a bunch of noisy travellers who had taken up on one side of the auditorium who thought it would be highly amusing to talk through most of it. Halfway through one of them even had the generosity to let out an enormous fart at one of the build ups to a scare scene, this did make most of the auditorium burst out in laugher though!