The next 4K UHD release from BFI. New restored in 4K director John Hillcoat (The Road, Triple 9) and writer Nick Cave’s modern classic is released as a new 4K UHD, along with a Blu-ray discs featuring extensive new and archive extras. A release to satisfy existing fans and garner new ones.
Click to expand...

Supporter
Love this movie. Awesome. Thanks for letting us know

Supporter
i've not seen it become active to pre-order? where di you pre-order? thanks

the thing wnn said:
i've not seen it become active to pre-order? where di you pre-order? thanks
Click to expand...

Corrected. I’ve added it to my Amazon wish list in anticipation of preordering. 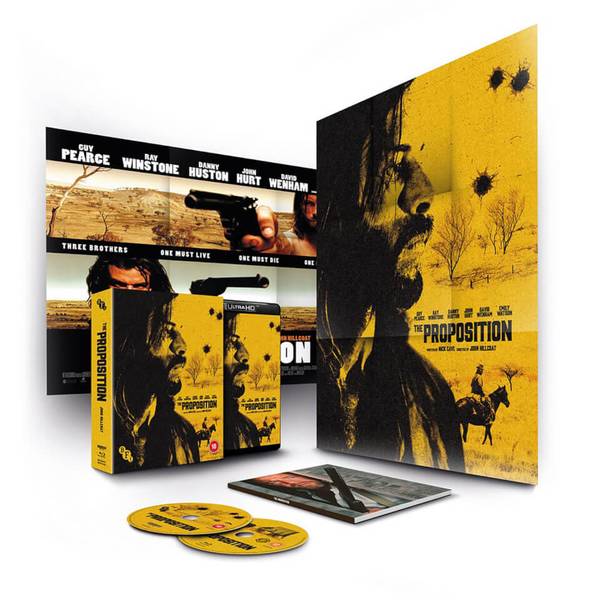 Please be a FiM job when you finally arrive!

I know BFI haven’t done many UHD discs yet but they do follow up with a standard version normally don’t they?...Red?

A lot of places charging £30 for this seems a bit high to me so that's a bit better for those buying day one.

Dispatched from rarewaves. They are slow for delivery but least I know it’s on its way.

It is. Now do I have the patience to wait for a standard edition? It looks like what ‘tat’ there is just fits in the normal Amaray. My copy's on the way from Rarewaves.
You must log in or register to reply here.