The Power of the Dark Crystal

Genndy Tartakovsky presents - 'The Power of the Dark Crystal'

A Presentation reel shown at Comic-Con 2006 has turned up on Youtube showing the Director Genndy Tartakovsky talking about the genesis of the original film Edit (This has now been removed by Youtube), and the creative process going into his new production of "Power of The Dark Crystal". Tartakovsky who originally earned notoriety for creating the frantic children's show "Dexter's Laboratory" and the highly stylized, ultra-violent series "Samurai Jack" &#8212; recently gained mainstream prominence when he was selected by George Lucas to create a cartoon series to fill the gaps between the second and third episodes of the "Star Wars" prequels. Keep an eye out near the end for load of new concept art for the film. 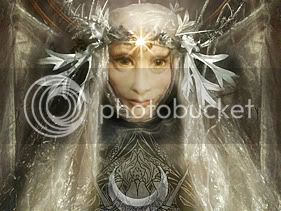 3yrs on after the first post on the film, there is an update on the sequel, and its inching closer

Brian Henson, son of "The Muppets" creator Jim Henson and co-CEO (with his sister Lisa) of the still-thriving Jim Henson Company, has given a little update.

"We have a 'Dark Crystal' sequel, called 'The Power of the Dark Crystal.' It has a very strong script." "The project is very close to going into pre-production," Henson said. The studio is just in the process of putting together the final finance pieces and the final distribution pieces."
Click to expand...

There is also a Fraggle Rock movie in production too.

The project has undergone several reworkings and overhauls and is finally preparing to move out of pre-production. The film's epic screenplay was recently rewritten by screenwriter Craig Pearce ("Moulin Rouge!", "Romeo + Juliet"), and producer Lisa Henson says that the film now has a "really great script."
Click to expand...

Looks like we are getting movement on this film at last

Step aside Genndy Tartakovsky, the Spierig Brothers (Daybreakers) are to direct the new Dark Crystal film.


Set hundreds of years after the events of the first movie when the world has once again fallen into darkness, Power of the Dark Crystal follows the adventures of a mysterious girl made of fire who, together with a Gelfling outcast, steals a shard of the legendary Crystal in an attempt to reignite the dying sun that exists at the center of the planet.

Peter Spierig and Michael Spierig, writers and directors of Undead and most recently, Daybreakers, have come aboard to direct the screenplay written by Australian Craig Pearce (Moulin Rouge, Strictly Ballroom, Romeo + Juliet) based on an original script by Annette Duffy and David Odell. The legendary fantasy artist Brian Froud will reprise his role as conceptual designer of the film, which will use a stunning mix of live action and traditional puppetry combined with visual and special effects produced entirely in Australia. Omnilab-affiliated Iloura (Where the Wild Things Are, The Pacific, Dont Be Afraid of the Dark) has already begun work on the films complex CGI elements. With this team in place, next steps will be to secure worldwide distribution.

Power of the Dark Crystal is an exciting and ambitious undertaking and, having worked on previous projects with the top-notch talent and crews that Australia offers, we know we have assembled the right team to deliver the sequel to one of the most enduringly popular titles in the Henson library. Peter Spierig and Michael Spierig are sure to create a film that will continue the legacy of the original and exceed the expectations of our loyal fans, said Lisa Henson, CEO of the The Jim Henson Company. We are especially enthusiastic to be working with Omnilab Media, a strong and growing force in worldwide film finance and production. We are very pleased to be producing this wonderful and fantastical film in Australia.

The Power of The Dark Crystal will showcase the depth of talent Australia has to offer up on the international stage, including the extremely gifted directing team of Peter Spierig and Michael Spierig. The Jim Henson Company has consistently delivered an amazing range of entertainment over generations and is an iconic creative studio that we are proud to have partner with us, added Christopher Mapp from Omnilab Media.

Michael Spierig said, We feel a tremendous amount of responsibility in telling this story with the same meticulous care that Jim Henson and Frank Oz gave the 1982 original. Added Peter Spierig, This is a chance to take the world of puppetry into the modern age by using modern techniques (like motion capture CGI) and the tried and true methods (like puppetry and animatronics) to create a one hundred percent real world that is unique to The Dark Crystal.
Click to expand...

Still no feature film sequel, but only in comic book form.

Boom! Studios and Henson Company have announced a 12-issue comic book series titled The Power of the Dark Crystal, based on an unproduced screenplay by David Odell, Annette Odell, and Craig Pierce.