The Nexus 7 tips and tricks thread (big or small)

If you know any tips or tricks or have discovered things you think people may not know, post them here.

An obvious one for anyone that's owned the tablet for a short time, but if you're brand new to it you might not see it. Swipe down the notification bar and it's the little icon to the right of the date. It's on by default when you first use the tablet, so if you're wondering why the screen won't rotate when you're using the web browser or whatever - that's why. With stock Android, the home screens do not rotate into landscape though, so that's normal.

If you long press the power button to bring up the menu where you can turn the tablet off, if you then long press on the option to turn it off, you'll get a pop up asking if you want to reboot the tablet into safe mode. Safe mode only runs core Android services - a bit like safe mode in Windows - so it may be useful if you're having an issue and you want to see if it's caused by an app or Android itself.

From the unlock screen you can get to Google Now by swiping up to "Google", but you can also do it from any home screen. Long press the home icon and the Google icon will appear as in the screenshot above.

To take a screenshot just press the power and volume down buttons at the same time and hold them down for a second or so. If you use the Dropbox app, you can set it so that screenshots are automatically uploaded, then if you're using the Dropbox client on your PC or Mac, the screenshots will immediately appear in the Dropbox folder on your computer.
Last edited: Jul 27, 2012
G

rooting is easy and painless

How to root the Google Nexus 7, unlock the bootloader, install custom recovery - Liliputing 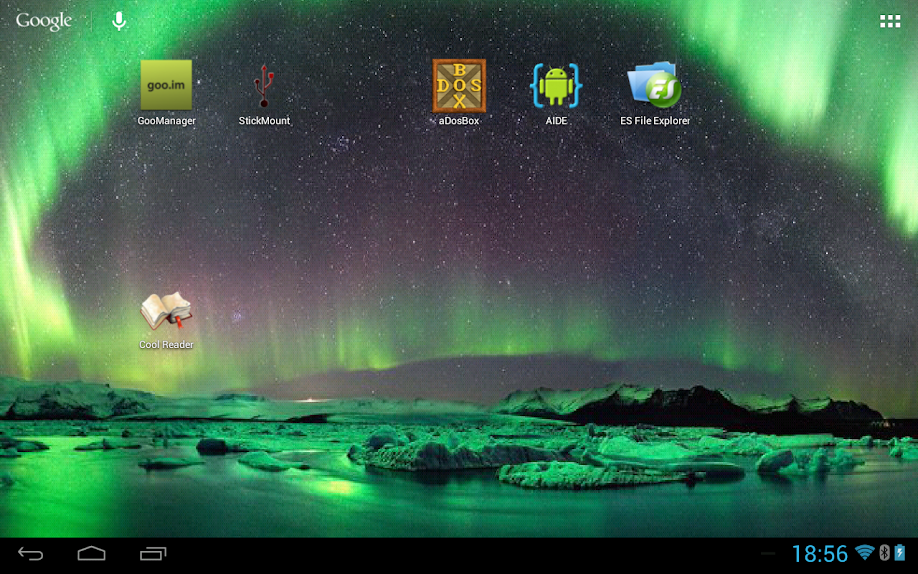 How to Force Landscape Tablet UI on the Nexus 7 Tablet &#8211; Droid Life

and then, get an otg cable to use a usb stick for file transfers ect.

How to connect Nexus 7 to USB drive via OTG adapter, stickmount, No microSD

and cool reader deserves a mention just because its an excellent book reader
Last edited: Jul 28, 2012