The Long Road - My AV setup from start to finish

I'm only 21 and live at home with the folks but am lucky as I have lots of space. This is due to the fact I'm in what should be the loft on the third floor, in which there are two rooms, my bed room (where the tv will be installed) and a smaller room (where my computer is). My bedroom is on the large side (around 20 foot long by 12 foot wide)

To start here is the room before any of the kit was bought. 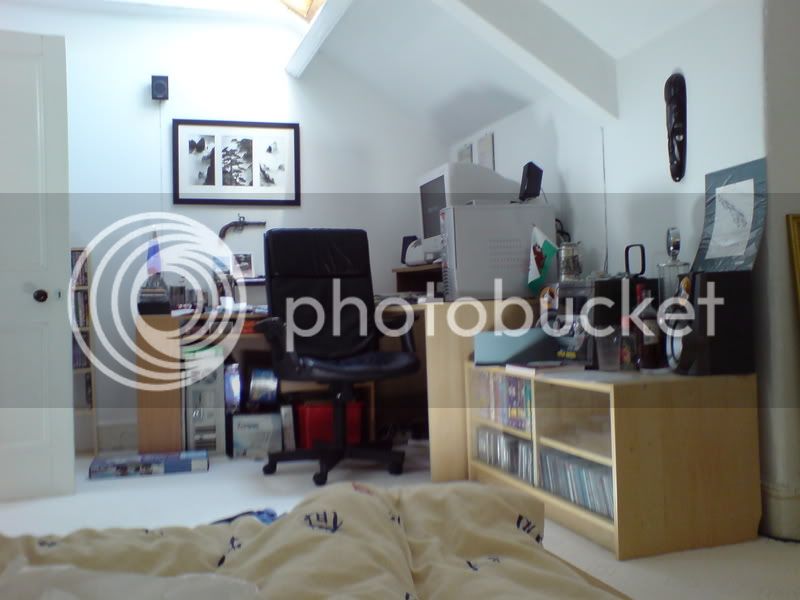 the first thing to do was get rid of the junk id built up over the years, of which there was quite a lot, so much so that when I moved said 'junk' to the room next door it look a little like this 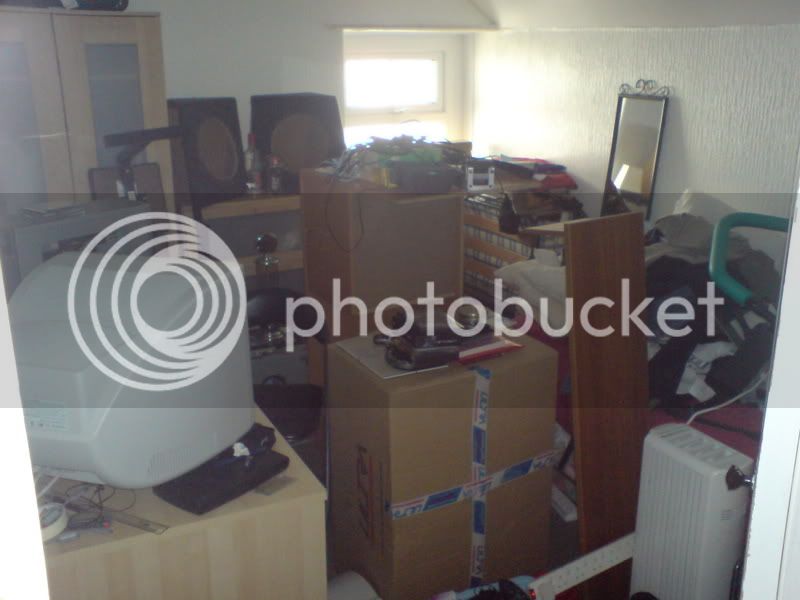 Now I had a bit of room I could start to put a bit of new paint on the walls I chose &#8216;gentle fawn' from the Dulux range for the wall that would eventually be behind the AV equipment. This will provide a neutral colour so that images on screen will appear crisp and as close to their natural colour as possible.

For the rest of the walls I stayed with good old white. It doesn't bother me too much that the room is quite light as most of my film watching is done after dark.

The skylight may pose a problem on a sunny day so will investigate when the TV arrives. If it is a problem the I will fit a black out blind. 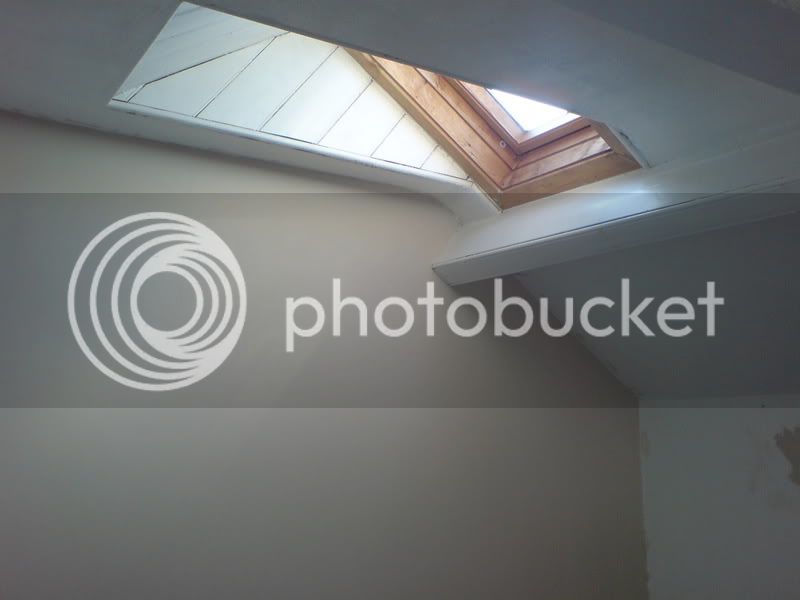 For now this is the finished product not great but it will do for the next week or so.
The AV area against the neutral wall:

A pic of the DVD shelving. 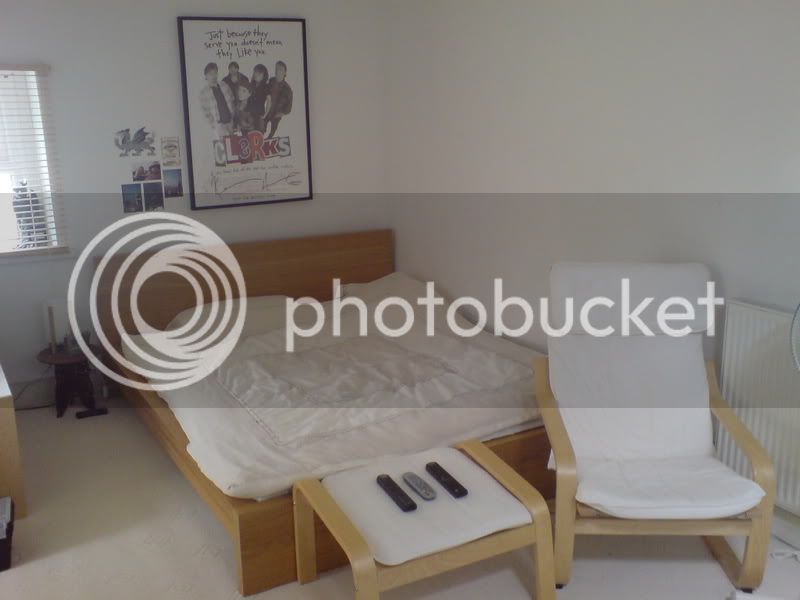 Finaly the New TV has arrived. After being mucked around so much trying to buy the C series of smasung in the end i got the PS50Q97HDX 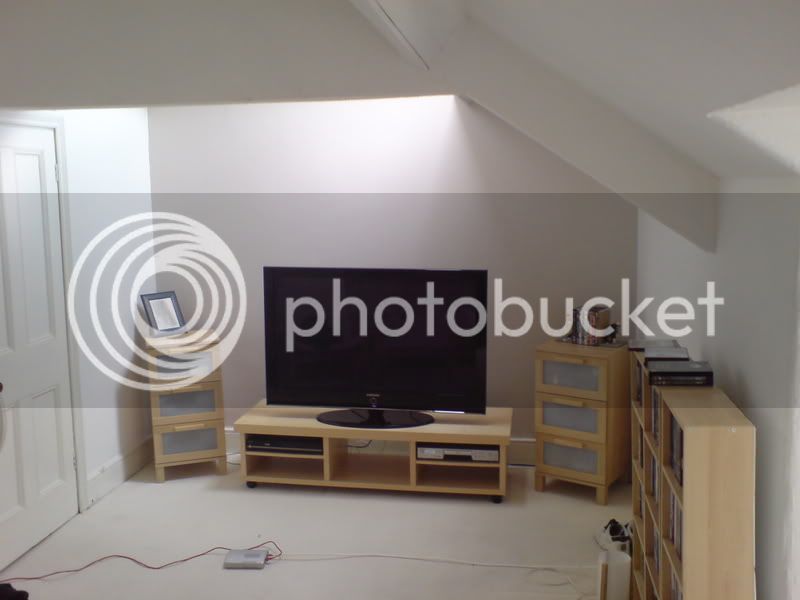 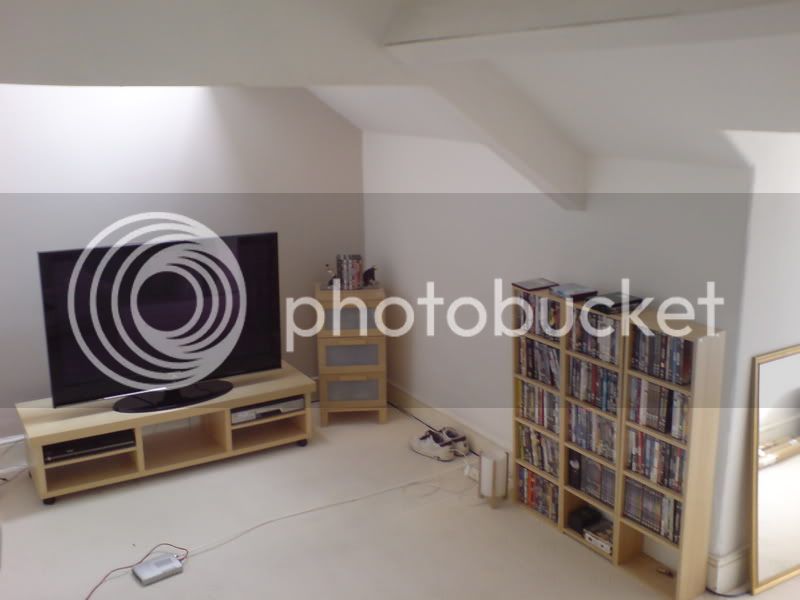 And the HD-DVD player is here! 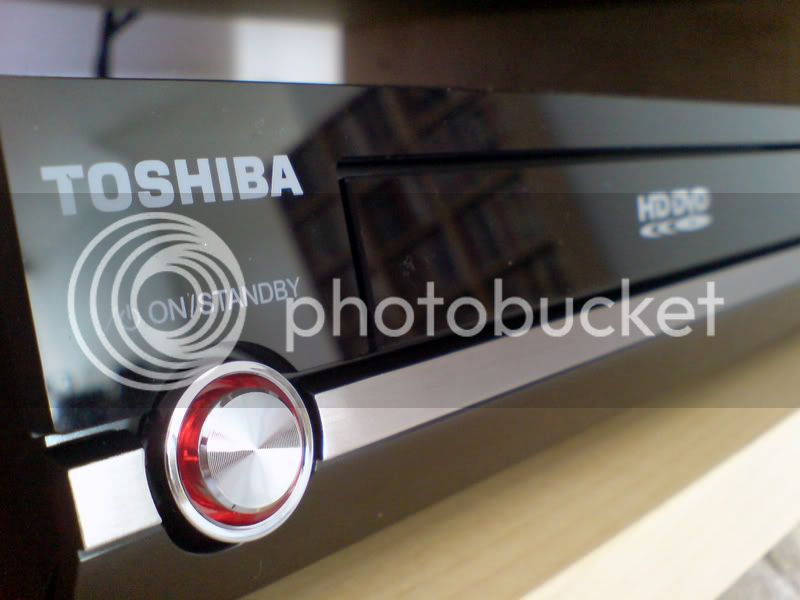 I'm so pleased with this TV only had it a few hours and i can already tell its a gooden, the pictures on HD disks are stunning

Next up (on tuesday) will be Sky (cant quite afford Sky HD at the moment)
Roads? Where we're going, we don't need... roads.

This is going to be a very nice room. Why don't you get a remote control blackout blind from Velux and your room will be nice and dark for daytime movie watching. The new ones have a small solar panel in the back and so you won't have to worry about getting up there to change batteries.
T

That looks a great space to work with SG.Nice n bright n airy. Looking forward to more pics mate
My opinions are held entirely responsible by AVForums...they made me type them.
________ My kit pics ________​

the remote blind sound like a gd idea will have to look into costs. (somewhere my credit card is weaping lol)
Roads? Where we're going, we don't need... roads.
D

The blind will be £122.99. For some reason Velux charges the same regardless of size for remote blinds. Velux will charge you £205 however but if you go to Vale Blinds you'll get one for £122.99. They are the cheapest I could find. I've just bought four.

If you're wondering about surround sound, it's DEFINITLY a good idea, especially with movies and/or Sky HD.

WilliamTM said:
If you're wondering about surround sound, it's DEFINITLY a good idea, especially with movies and/or Sky HD.
Click to expand...

lol i know its a gd idea just don't know what make/model. its been suggested on this site that i look at the AEGO T speakers
Roads? Where we're going, we don't need... roads.
J

someones been to Ikea !!!!
bought my bedroom furniture from there 7 years ago and sadly still going strong.i want an excuse to upgrade the room but it'll be a waste of money.

haha what can i say its cheap, easy to put togeather and does the job. i bought these a few years ago as well, i find that moving it round all the time keeps it all looking fresh
Roads? Where we're going, we don't need... roads. 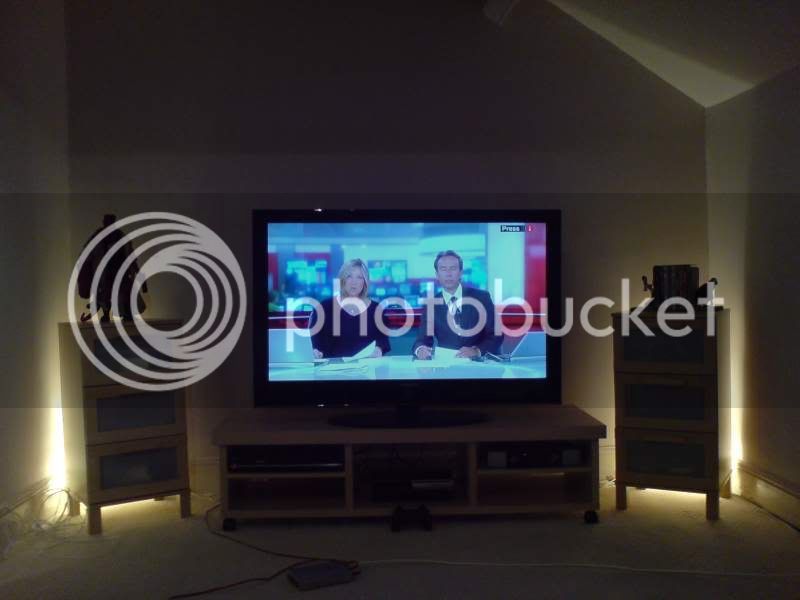 and the latest edition to my ever growing family, the PS3 (a rubbish pic i know but all know what they look like lol) 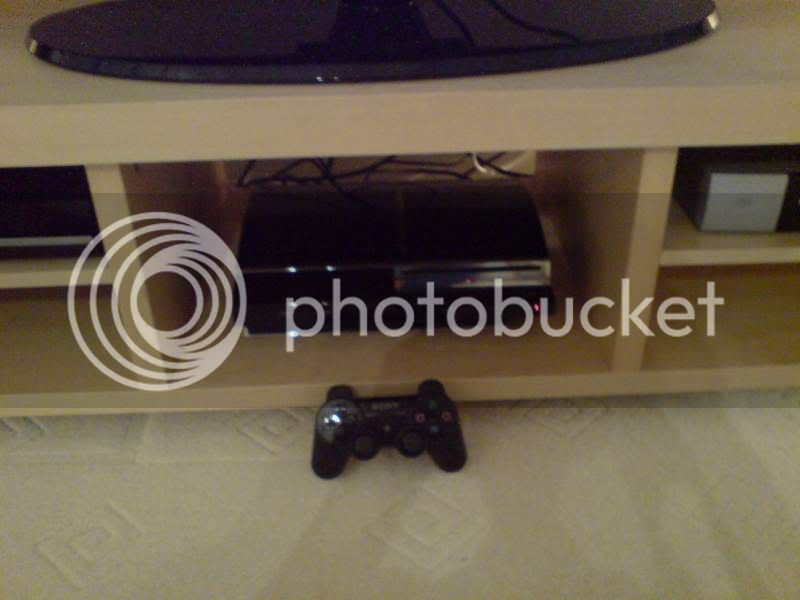 still have the stupid modem lying across my bedroom floor feeding the computer in the other room, need to set up a wireless conection to sort that out! Also need to buy some backing board to hide the wires behind the Plasma. all soon to come
Roads? Where we're going, we don't need... roads.
T

Coming along nicely there SG . Those lights give a nice effect and the PS3 looks sweeeeet with the rest of the kitHappy gaming!
My opinions are held entirely responsible by AVForums...they made me type them.
________ My kit pics ________​

thanks m8, really glad i bit the bullet and got the PS3. Being out of the format war feels great
Roads? Where we're going, we don't need... roads.

Bejasus what a brilliant bedroom!

Superb working area youv'e got their SG. A 50" plasma, HD player and PS3 in their, do you ever leave that room? I know I wouldn't...

With the lighting, I would suggest trying it behind the plasma itself rather that the side units. Will give a much more relaxing effect on the eye when watching movies in the dark.

miceri said:
...Superb working area youv'e got their SG. A 50" plasma, HD player and PS3 in their, do you ever leave that room? I know I wouldn't...
Click to expand...

Trust me since getting this lot set up I pretty much live in my room if only I didnt have to go to work  even though I do love it really (I know Im sad). Suits me fine staying in my room as the main TV of the house (a 36" Toshiba) looks pitiful in comparison.

Yea surround sound is next, really feel like Im missing out on the full HD experience at the moment. That will hopefully come in the next month or two. As for the rest of the kit you suggest...well lets just say it is all on my never ending list

The lights are really only temporary as I would like to put the Plasma on the wall, not sure how likely that is though as I may be moving within the next year or so.

Thanks for the kind words
Roads? Where we're going, we don't need... roads.

I've just got a remote control velux blackout blind for my attic - very impressed; didn't think it would be as good as it is. Fitted it on my lunchbreak; it's a doddle and even at midday it darkened the room completely.

Shopped around on t'internet, and it's well worth the money.
My Setup in Progress
http://www.avforums.com/forums/members-home-cinema-gallery/1421966-my-cellar-conversion-cinema.html

Thanks for that been thinking about some black out blinds, would like to get the folks to pay for it ideally (hey there not my windows lol) would need something for the other two windows in the room (your bog standard wall window) any suggestions
Roads? Where we're going, we don't need... roads.
N

Who needs light when you've got a **** off telly?
My Setup in Progress
http://www.avforums.com/forums/members-home-cinema-gallery/1421966-my-cellar-conversion-cinema.html
M

CFS said:
Very nice, really like the screen and it looks especially good in such a stylish room.
Click to expand...

thanks m8, just cant wait to get the surround sound in, then i'll be happy(er) - (until the next thing comes along lol)
Roads? Where we're going, we don't need... roads.
You must log in or register to reply here.

Find me a new TV

L
Does a magic miracle HDMI cable exist and where can I buy one?