Goonies never say die!, as director Richard Donner could be planning a sequel to his 1985 classic

This must never happen.

Agreed, just do not go there.

I honestly think if done right this could work and introduce a whole new generation to the Goonies. Fingers crossed.

Andrew Harland said:
I honestly think if done right this could work and introduce a whole new generation to the Goonies. Fingers crossed.
Click to expand...

Agree. If done correctly it could just work. I'm sure most of the actors would jump at the chance as apart from a couple of them none of the others have done anything else of note.
My opinions expressed here are not necessarily those of the AV Forums or the associated websites.

Donner has said this a few times but was always joking.
Be a pro club - The Defectors

This has been going on for years. Please dont!
P

I know there's been talk of a sequel for many years but if it does happen and is done right it really could be a winner.

I can envisage The Goonies kids all going on their own adventure and crooks hunting them down with The Goonies saving the day.

A sequel would clearly sell tickets and I hope if it does happen, that it's done with the right intentions in mind. It's almost 30 years since the original was released so there's no better time to do it.

That's the real reason behind it.

But being a super fan I think time has past just like the fourth Indiana Jones , I think if they do it then reboot it for a new generation.

Hey we will see.

it wont work, the original kids had a innocent charm and excellent chemistry. Now they'd all be justin beaver/Miley cyrus clones on their iphones and just annoying as fark.

I'd rather watch the original cast as 30-40 somethings now getting into another adventure I think . . . . .then again it would still probably suck like the Lost boys sequels.
Predator is the greatest movie of all time

What happened to the cast of The Goonies? - Yahoo Movies UK

I think this HAS to happen! It just has too! lol

Josh Brolin wants to do the sequel

corey feldman could do with the work after his dismal performance on dancing on ice.

“It’s always possible. I will say that it’s likely that it will happen. I don’t know when, but I have always had confidence that that sequel will happen mostly because Steven Spielberg, from the time when I was a kid, told me he wanted it to happen and has never changed his opinion.”

The original spans generations easily and a sequel is definitely not needed to introduce the current generation.

Most kids today will have parents who were children of the 80's and have no doubt sat through it. Mine are 11 and 8 and have seen it multiple times.

is Dennis Nedry homaging the Goonies in Jurassic Park? A lockdown reunion that even included Spielberg just happened ! 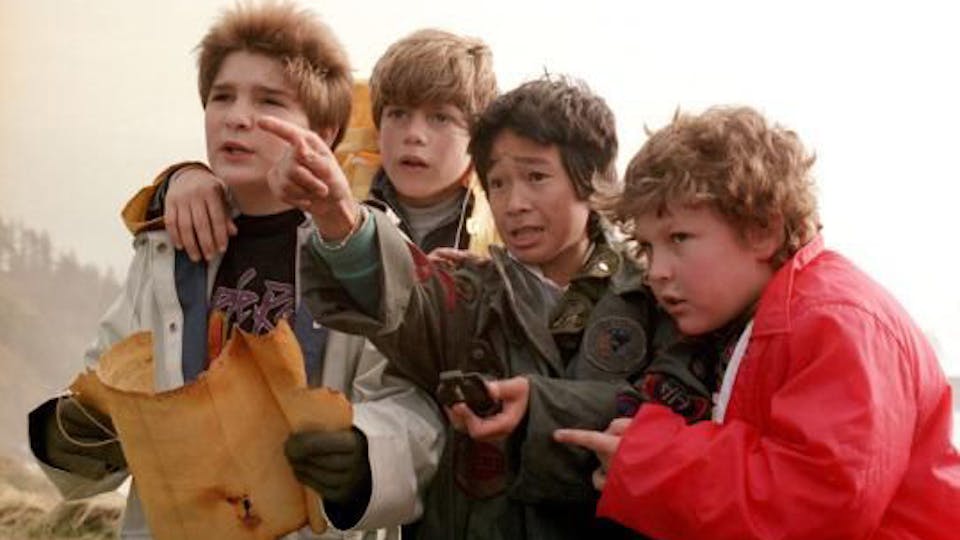 The Goonies: Steven Spielberg Says Not To Expect A Sequel Anytime Soon

Spielberg and the team can't find an idea they love. See more at Empire.