Universal are hoping Angelina Jolie will star as The Bride of Frankenstein.

The studio made a risky $10m investment for the Jolie directed By The Sea, which has not payed off, currently under $1m worldwide. Part of that deal seems to be she joins one of their future projects.

Previously Bride of Frankenstein already had a script by Neil Burger (Divergent) and Dirk Wittenborn (The Lucky Ones), with Burger was attached to direct, this may no longer be the case as the remake is now part of Universal’s shared universe reboot of their classic monster characters, which is being overseen by Chris Morgan and Alex Kurtzman. What makes Dark Universe intriguing is that — unlike with DC and Marvel — the budgets of the films will range dramatically and could even include low-budget forays. For instance, sources say Universal-based microbudget horror producer Jason Blum has expressed interest in tackling a low-budget monsterverse outing.

Also, insiders are quick to point out that Universal doesn’t have to buy the IP (as Disney did with Marvel and Lucasfilm) because the studio has the titles in its library, dating to Carl Laemmle Jr.’s reign at Universal when he oversaw a 1931 Dracula and Frankenstein, a 1932 The Mummy, a 1933 The Invisible Man and a 1935 Bride of Frankenstein.

Still, despite their long association with the studio, most of the monsters exist in the public domain, so there’s little to stop other studios from pursuing films based on the characters.
Click to expand...

Can Universal Create a Marvel-Like Universe With 'The Mummy' and Other Monster Flicks?


Warner Bros consider dark legal action, the studio is not happy with Universal’s chosen name for their cinematic universe, no surprises there.

But the name Dark Universe could prove problematic for Universal. Warner Bros. already has plans for the title with a supernatural-themed Justice League movie and a series of announced comic books branded under the Dark Universe banner. Warners is mulling legal action, according to a studio source.
Click to expand...

I think she would be amazing!
I like liking things​

Am starting to think that this Dark Universe may sink like Atlantis or is that blow up!!
Terminus Est
“by recognizing our uncanny strangeness we shall neither suffer from it nor enjoy it from the outside. The foreigner is within me, hence we are all foreigners. If I am a foreigner, there are no foreigners”
Ecosia - the search engine that plants trees The Ecosia Blog

KiLLiNG-TiME said:
Am starting to think that this Dark Universe may sink like Atlantis or is that blow up!!
Click to expand...

Delayed, which is not a bad move

Deadline reports that while pre-production was gearing up, the crew has been told to go home and stars Javier Bardem and Angelina Jolie are now in a holding pattern as they wait for screenwriter David Koepp to refine the script.

“After thoughtful consideration, Universal Pictures and director Bill Condon have decided to postpone Bride of Frankenstein. None of us want to move too quickly to meet a release date when we know this special movie needs more time to come together. Bill is a director whose enormous talent has been proven time and again, and we all look forward to continuing to work on this film together.”
Click to expand...

Deadline says that the studio is trying to figure out what the film should be, going so far to speculate that it might go in the direction of a “terrifying, well-drawn and possibly R-rated tale”, but that the larger issue is to settle on a tone as opposed to the scattershot The Mummy, which tried to walk the line between action and horror.

in other words, they never had a clue what they were doing with their Universal Monsters cinematic universe from the outset.
Neither Universal or WB/DC seem to understand the reason Marvel's cinematic universe works is because it's been meticulously built over time, one block laying the foundation for the next.
I can see why they want a piece of that kind of success for themselves, but Universal should put making good monster films as their number one priority and then tie them together as a secondary consideration. None of their best classic monsters films existed in the same universe at the start, they went down the route of bunging all the monsters in one film when they'd already flogged them all to death as individual character franchises. It was only ever a way to squeeze a bit more cash out of their monsters.
Just make some decent films. Does it even matter if they occupy the same world?

Universal are making DC look good!
"Because of my biiigg legs and karate, I can do the splits...NO PROBLEM!!!"

Gal Gadot Up For "Bride of Frankenstein"? - Dark Horizons

The producers are running scared, as Alex Kurtzman and Chris Morgan depart from the Dark Universe projects!

Sounds like there is still life in the Dark Universe 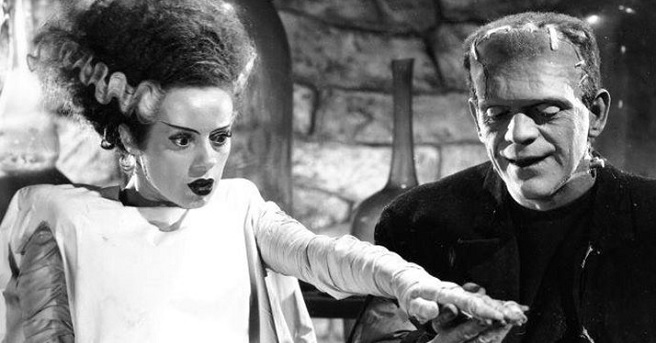 BRIDE OF FRANKENSTEIN was stopped by THE MUMMY.

Following the implosion of Universal Pictures’ proposed Dark Universe series of films due to the failure of “The Mummy” reboot, plans for an elaborate series of big-budget efforts involving the studio’s classic monsters were ditched. Announced in early 2017, the hope was for new versions of...

Bride of Frankenstein Update: David Koepp Says Film Is Still in the Works

'Bride of Frankenstein,' with a starry cast and big name director, was supposed to be a titan of the Dark Universe. Now, it lives on. 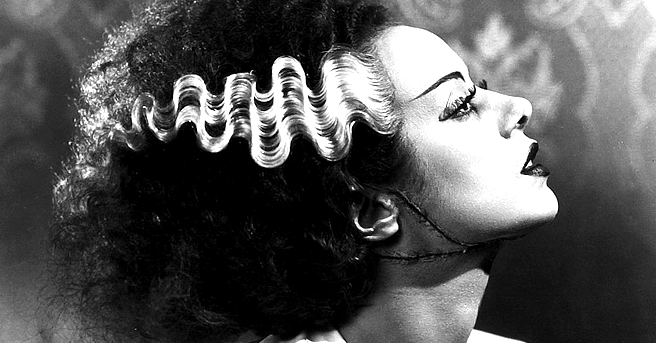 In an interview, David Koepp reveals how he'll be updating the BRIDE OF FRANKENSTEIN movie into the modern era!