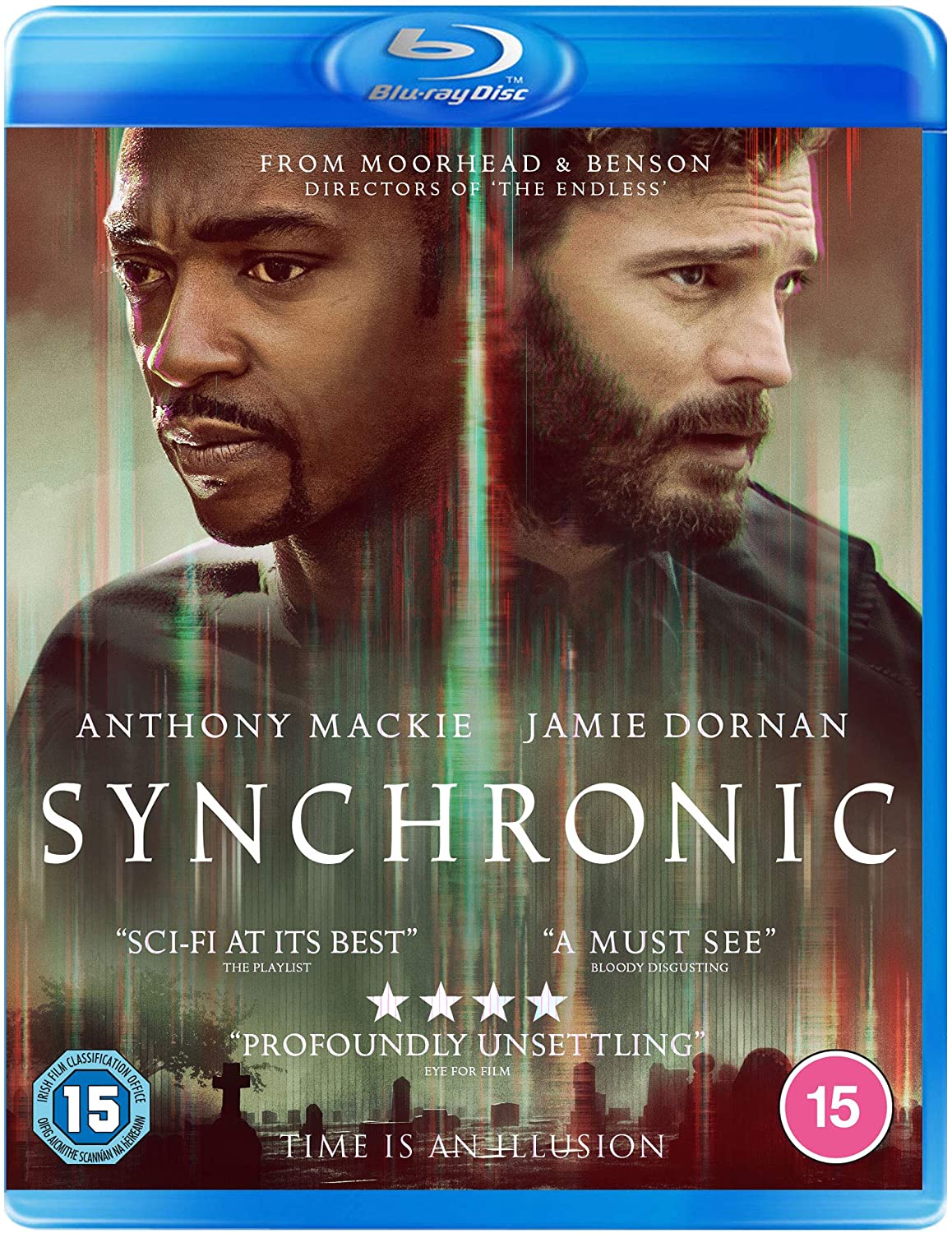 From Signature Entertainment no less! They have done some cool stuff lately like Come to Daddy, Willy's Wonderland and Liam Nissan's Honest Thief https://www.signature-entertainment.co.uk/film/synchronic/

They've coughed up some nice extras:

Loved Moorhead & Benson's Resolution and it's kind of went down hill from ther although I still enjoyed Spring, The Endless (Arrow Blu-ray has Resolution as an extra). Synchronic feels like they had too many ideas and more cash than usual. Fell apart last 50mins for me -that'sa lot of falling apart I'd normally have left the film by then.

Strong cast though (never seen the Belfastian James Dornan before I thought he was very good) apart from the daughter and for some reason the wife inexplicably disappears (no, she doesn't time travel) from the edit. Some dodgy filmmaking maybe just all a bit rushed and they either didn't have the power, shooting coverage or skill to fix things in the edit.