I m hesitating between the new Oberon 9 and the svs prime pinnacle. I found one article comparing the svs prime tower along Oberon 5, and the reviewer said the Oberon sounded better and clearer in the mids, and generally were more engaging. However the bass and sound stage were better in the svs.

The Oberon 5 is quite weak in bass and volume, but the 7 is much stronger and the 9 is quite big, with sensitivity of 90.5 vs 88 for the pinnacle.

The pinnacle is better than the tower, has glorious reviews while the Oberon 9 is very new and not many reviews are available. Oberon 9 is 400£ cheaper too. My room is 5*4m with a huge sofa in U shape, I believe the oberon line is more forgiving in terms of positioning.

Anyone having had the chance to hear the pinnacle along the ob9, or ob7 at least?

Any tips or opinion is welcome, I m too undecided!

(I m buying it all so no existing system, currently eyeing a Denon x4700h to drive it, and I will do both music and HT, low to moderate volume most of the time)

Without room correction that’s not a big room for the Dalis.

However, I’d forget about the Denon and buy an Anthem receiver instead.

They are quite exceptionally good and are superb with music.

And, they have ARC Genesis room correction.

The ARC software will allow you to have any speaker you like as it will completely eradicate the rooms effects. So, no bass nodes, no flabby low frequencies spoiling the rest of the range; just properly weighted and fast bass.

One of these, for instance, will trounce the Denon. 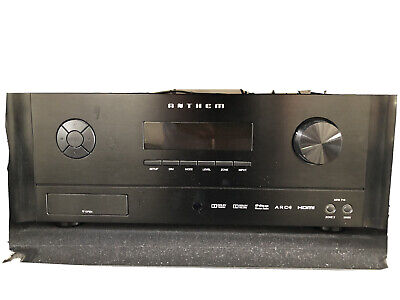 Have full remote and booklet but no box. Have original receipt.
www.ebay.co.uk
Last edited: Mar 27, 2021
AVI Trios and Lyngdorf TDAi 1120.

Alternatively I’d go for one of Arcams DiracLive equipped receivers.

Again, the Dirac room correction is top class, and Arcam receivers are mighty fine at two channel music too.

Along with the Anthems receivers, very much well worth the expenditure.

Find many great new & used options and get the best deals for Arcam AVR390 Dolby Atmos Receiver at the best online prices at eBay! Free delivery for many products!
www.ebay.co.uk
AVI Trios and Lyngdorf TDAi 1120.

In just a stereo set up? I wouldn't have any AV amp for stereo listening and even though the Denons (I own an X6500) is very good for film and TV with stereo music they are poor. If it's to be used as intended with full array of speakers then you could consider a stereo amp with HT by-pass for music use. Otherwise as mentioned one of the top makes of AV amps may be better for you.
'My opinions expressed here do not represent those of the AVForums or its associated websites'.

Hi all, thanks for the answers.
No, I won't have only L/R, I intend to have a 4/5.1.2
I want good L/R since I m going to unbox my technics MK2 now that my new home has space for them in the same room as the HT. To be honest I had been looking at main review sites, and I know many of you don't like them, but as a noob learning about HT I had to start somewhere. Whathifi was very positive about the Denon, but it s true it was in their HT rather low and mid budget comparison.

The Denon has aurora room positioning, I read it s not as good as Dirac but for a 5.1.2 in a square room with sound absorbing pyramid foam on the back wall, audissey should be able to do its job, no?
I m more concerned about what you wrote about the Denon not being so good with stereo music. I did not want to invest in a separate amp, that would be unplanned budget increase which would decrease the money for the rest...

Another thing I m not sure about it is whether to go with rear, on wall speakers, when the sofa is right pushed against the back wall, meaning whatever the sitting position I m not going to be in the dispersion cone.

In my budget for the mains I was hesitating between thosebtwo models of speakers and no sub (especially with the prime pinnacle), or get the Oberon 5 with two good subs.
Last edited: Mar 28, 2021

It seems people are very split about arc/Dirac/audissey...

For those that have tried Audyssey, Dirac & ARC

I’m heading this toward those that have heard/owned all three of these EQ systems. Anything over and above is way beyond my pay grade so no point in referring to it here. Audyssey kind of speaks for itself as in Denon or Marantz and ARC is Anthem. As for Dirac, I’m more interested here in the...

If you want a one box solution for both music and film then the Marantz models will prove better at music. Same Audyssey XT32 on board. 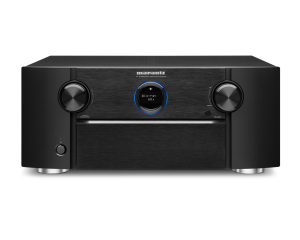 Immerse yourself in stunning 3D surround sound with the most complete format support including Auro-3D and IMAX Enhanced. The SR7015 easily handles the most demanding scenes in action films, as well as offering the most musical audio playback.

petertyson.co.uk
'My opinions expressed here do not represent those of the AVForums or its associated websites'.

Read what you said, checked mentioned products and users feedback. First, thank you, it s apparently quite a consensus about the Denon line of x.700h not being great with sound... I also checked for the marrantz and anthem and arcam, and from thread to thread it seems the NAD 778 is quite a good option for sound. It s way above what I intended to invest but it is what it is.
I m just wondering if it s not an overkill to spend 2400£ on the avr to drive speakers that cost less than that?

About the speakers, I will yet again request your opinion and expertise:

- either the prime pinnacle without sub, or Dali opticon 6 (with the new MK2 version being released, a pair of previous generation costs less than 1000£) supported by two subs, or wharfdale Evo 4.4 with two subs?

- with my sofa and therefore sitting position back to the rear wall, is there any way to get rear speakers? I was even thinking of putting a long thin speaker like the Polk s35 on the floor behind the sofa, firing upward (back wall and rear part of ceiling will have pyramid foam)... Dumb idea?
Last edited: Mar 29, 2021
You must log in or register to reply here.