Surround headphones with these requirements

I've after a set of surround sound headphones, there's so much choice out there, and it's not made any easier by the rubbish spouted by manufacturers in their sales blurb

So, here are my requirements, maybe you know of a set that fits the bill?

I doubt any option satisfies all the above, but maybe you can either offer advice, or suggest one that ticks the most boxes?

I have a pair of these:

May be cheaper elseware as I paid about £100 for mine when I bought them new.

They tick all the box's above:

1. They have four Physical speaker's for each ear, each of which are configurable manually for sound. These are:
2.The 6x4in approx 'amp' box that comes with them has analog and Optical input's on, the Optical input is by far the best option

3. The surround sound performance is excellent, nice and clear, huge explosions and sence of space.
You can hear things flying around you, people sneaking up behind you or beside you etc....
I was a little skeptical of how this would work, but the atmosphere of the sound is superb.

4. The ear cup's mainly consist of a soft padding with velvety feel to them and your ears fit inside very comfortably. (and I have big ears)
In the summer they can get a little warm, but not 'stickie' like some of my previous headsets with just an immitation leather effect.

5. On Amazon they are just in your budget, but if you scout around they may be had for less as I only paid about £100 for mine.
Price wise, these are about the only one's that I could find that were in this price range and gave me all I wanted in a headset and more (since they are also compatable with PS3, 360 with an included adapter etc....)

6. This headset only requires the small box I mentioned earlier which plugs into the mains. That powers the little box and the headset too, so not 2 plus psu's.

7. The only thing that the USB is used for on this headset is for the mic.

8. The headset has a fantastic mic which is detachable, and since it has two bands round it I think it is a stereo mic.

I use Skype now and then, Team Speak 3 and Ventrillo a fair bit due to raiding with WoW for crystal clear boss tatics to listen to (not that I understand a word of what they are talking about, I just do as they state throughout the fight and wing it ).

I also chat to a few friend's in general.

A friend of mine has the same headset and I can hear him as clearly as if he is in the same room as me with no feedback noise between us. He has confirmed this is the case on his end too.

So, this headset ticks all the boxs you want, and is a cracking sounding headset in my opinion

I have listened to some Turtle Beach headsets and various other's with 'good' virtual surround and nothing has compared to these in my opinion.

Which I presume is the updated model to what I have in the same price range.

If you can find somewheret to try some out, it'd be a good idea as we all hear different. At the end of the day, I dont regret my purchase one bit and really enjoy using them for WoW raiding, Battlefield, Movies and Music.
I think they really shine with Big atmospheric game's, as they really added to the immersion for me.

Craig davids are the mutts nuts. 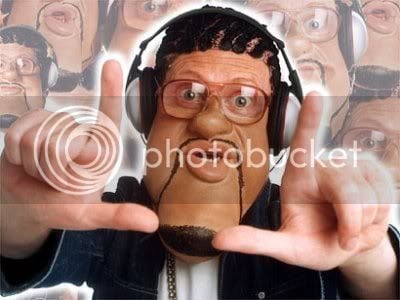 How many time's is it that picture has been used on the forum's now?

nero0410 said:
How many time's is it that picture has been used on the forum's now?

about 4021 never gets tiring

the full ear/face set
A

nero0410 said:
How many time's is it that picture has been used on the forum's now?

Thanks nero0410 for that detailed response! I'll order the same headphones I reckon!

namuk said:
about 4021 never gets tiring
Click to expand...

yes it does ..
films ive seen at the cinema this year

no it does not as some have not seen it, but i can do correction/Criticism mode all day long that's dead easy.

Eye no
films ive seen at the cinema this year

May be cheaper elseware as I paid about £100 for mine when I bought them new.

They tick all the box's above:

It seems that Sharkoon no longer require a PSU, they are now powered by USB (at least, that's what my research from the links above is telling me). Anyone know what are the differences between these two?

They both seem to be very similar, and I don't think it's an old model issue, they're both on Sharkoon's site

Aha, think I've figured it out. The 'SR' model is virtual surround, the 'Sharkoon Digital' is true surround.

dodgyd said:
Aha, think I've figured it out. The 'SR' model is virtual surround, the 'Sharkoon Digital' is true surround.
Click to expand...

That SR version is completely powered via usb rather than one 'psu', so that is a plus.

I'm not sure I understand why this newer model seem's to be just virtual surround since it has an optical connection, but even on the Sharkoon website the one's myself and Mike have state the invividual speaker's:
X-Tatic Digital | SHARKOON Technologies GmbH

And although the newer one's state Dolby digital and optical input, it does not state individual speaker's at all:
X-Tatic SR | SHARKOON Technologies GmbH

It certainlly doesn't have control over each set of speaker's (front, rear, sub etc....) in this review, so it's quite clear that those one's are just [-]crap [/-] *ahem* virtual surround.

So well spotted there

See what I mean? It's a minefield, you have to do your research really carefully!

dodgyd said:
See what I mean? It's a minefield, you have to do your research really carefully!
Click to expand...

I do have these one's:

The headphones them sleve's don't require a power supply directly into them, they are powered by the box they are connected to which is like a mini amp

A little more on the mic, it's not just plugged in....it plugs in and has notch's on the plastic to turn and lock into place so there is no worry of accidently pulling it out

For the money though, and four speakers in each ear, you can't really go wrong. When I was looking for the best for my money, these were the best I could find and I love them

Yep, will be buying those ones from Amazon. Interestingly, popped it in my basket earlier on and the price has gone up by a quid or so. Damn Amazon and their dynamic pricing.

Thanks again everyone, now ordered the Sharkoon Digital versions
You must log in or register to reply here.