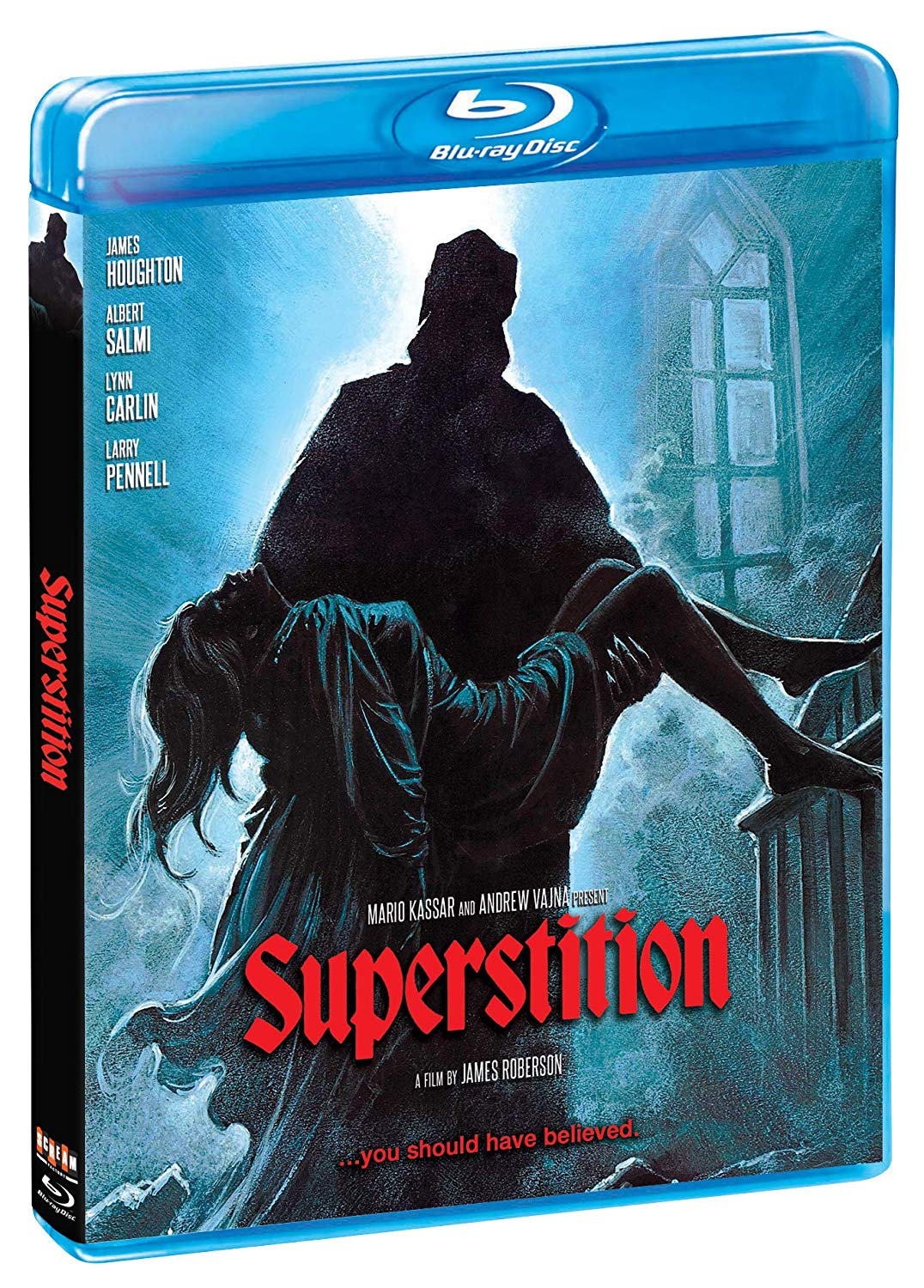 Anyone remember this? One of the first VHS tapes I bought and the rental shop said "Are you 18?" when I obviously wasn't. Ah, such simple times!

I have the UK DVD which looks pretty good so hopefully Shout! will cough up a nice transfer and some extras. Has the under used and excellent Albert Salmi whose life I see didn't end up too well with a "murder suicide". 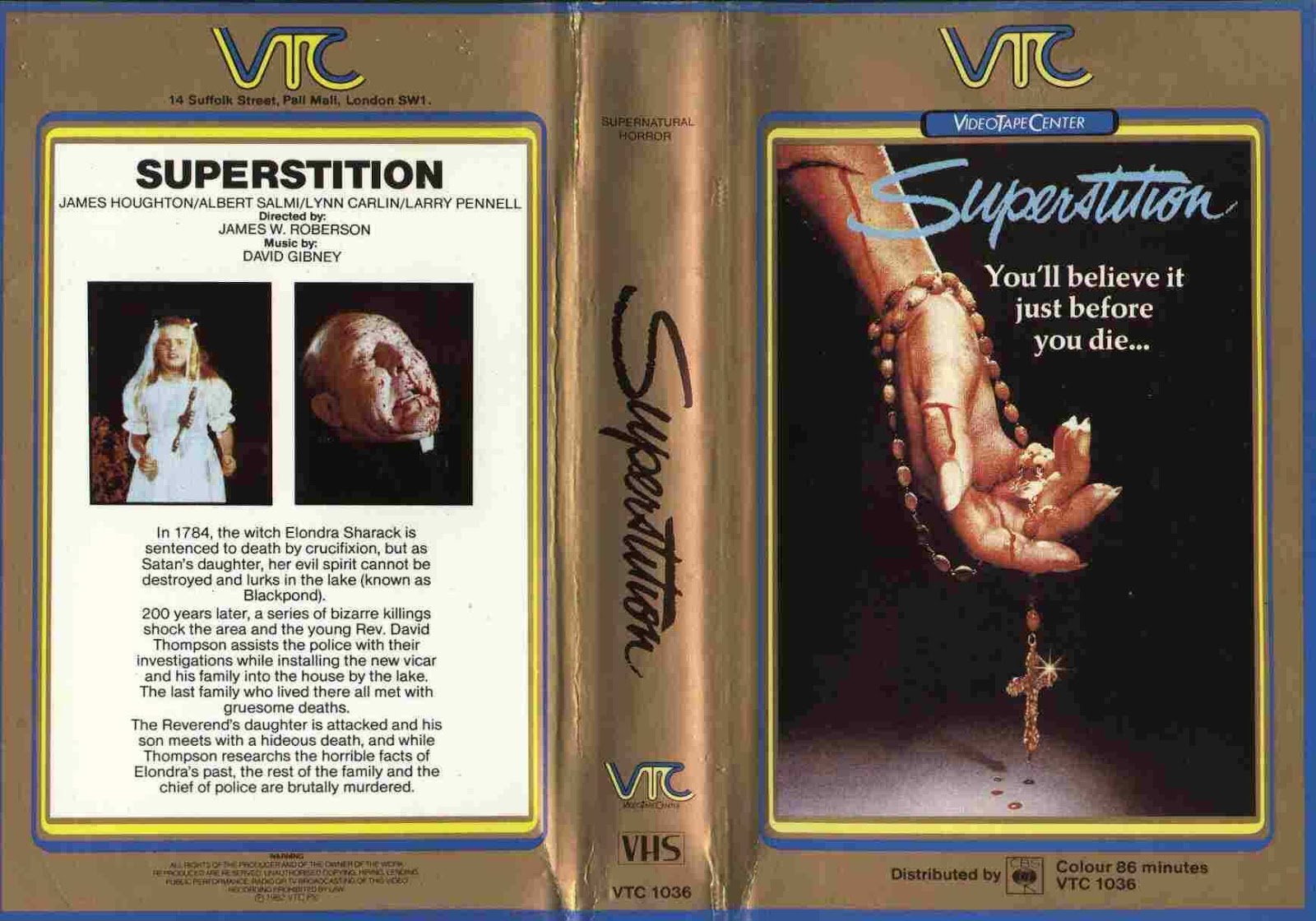 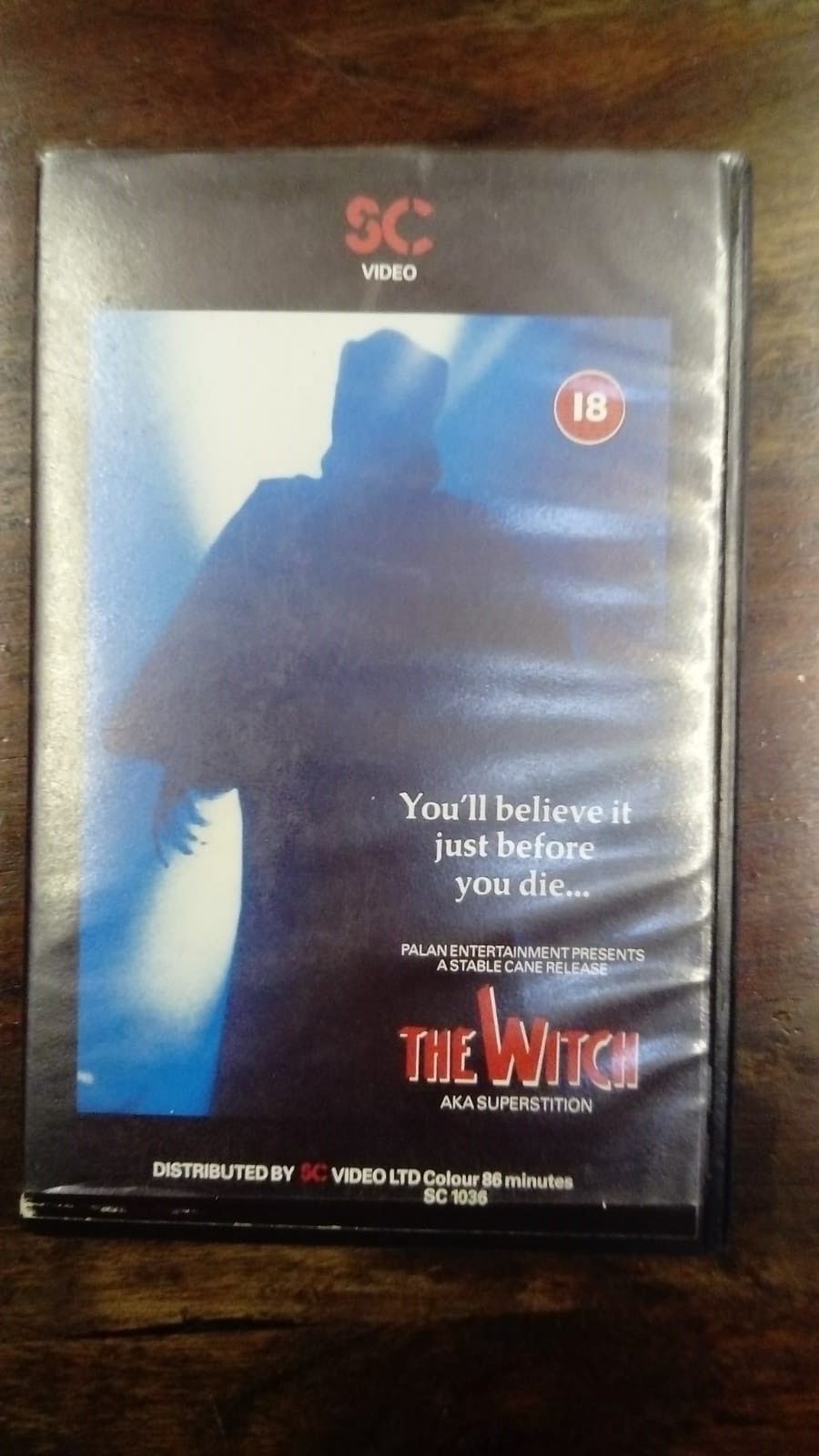 I remember this one fondly. It was fun with some great atmosphere and a real grandiose music score..Great nostalgia kick seeing the old gold VTC cover again. VTC were the dog's balls when it came to video boxes.
I worked in a video shop from 1983 (when I was 12) until '93 and loved all the wacky covers that really took liberties about what actually went on in the movie. Granted Superstition was a more subtle cover. The Changling was another excellent one for cover subtlety given the usual horror ones in that part of the early to mid 80's

Hopefully we'll get a UK release. I do have an older blu ray player that's modified for region free however when I switched to 4k the extra for the region free version was too much, especially since 4k discs are region free to begin with. Been trying to steer clear of locked region A US since and onlu pick up ones I really want. Ironically most get a UK release eventually.
Last edited: Jan 20, 2019
Father... father, the sleeper has awakened!

Will be getting this, i have the UK DVD. They are also releasing The Manitou, i'll be jumping on that as well.

I'll have a copy of this alright. Along with the freaky Manitou
G

Any news on Uk release for this classic?

Nope, the rights are with StudioCanal AFAIK.

It's a pity Shout! didn't go with more with the style of the StudioCanal/Anchorbay old DVD artworks: 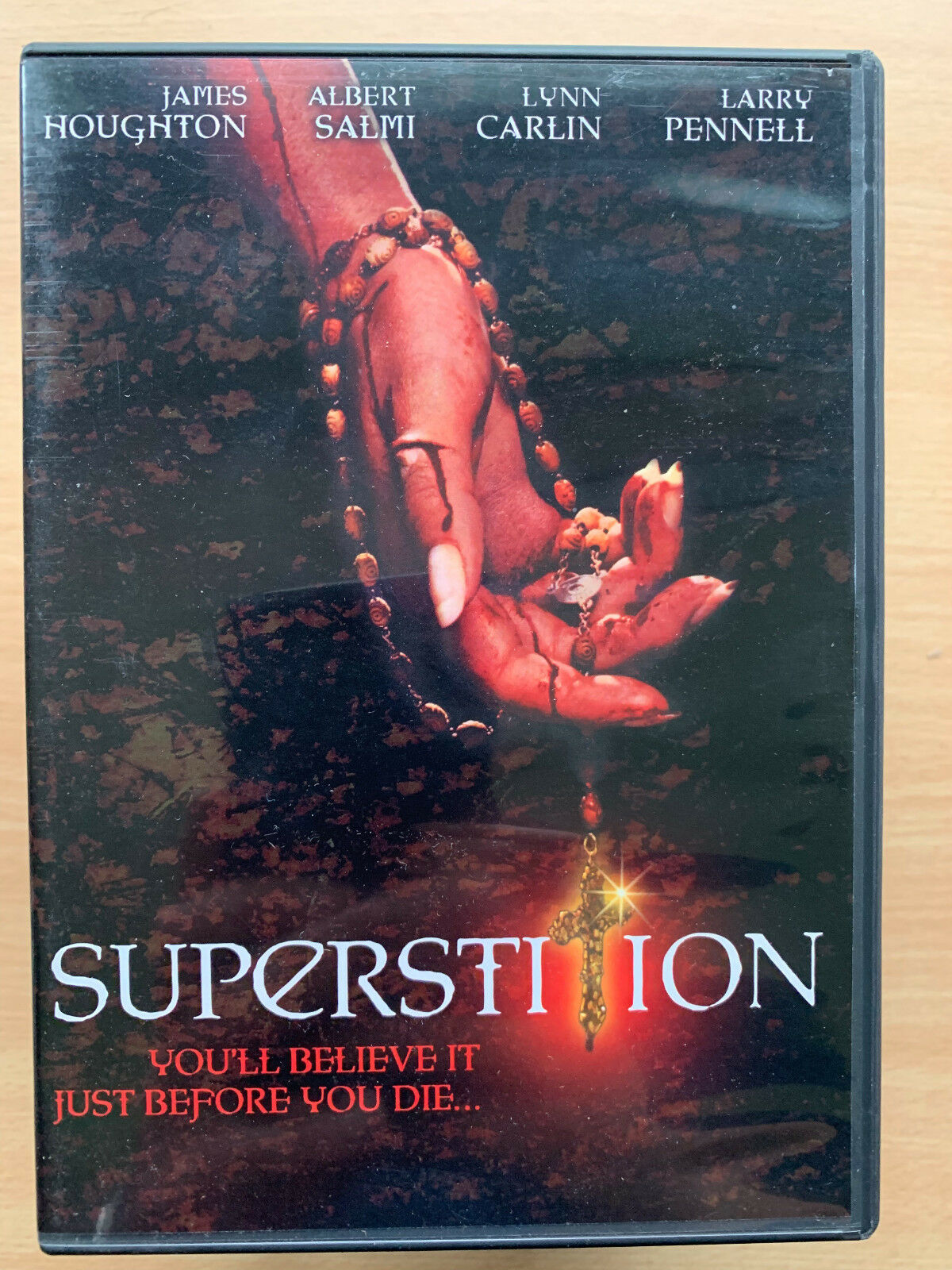 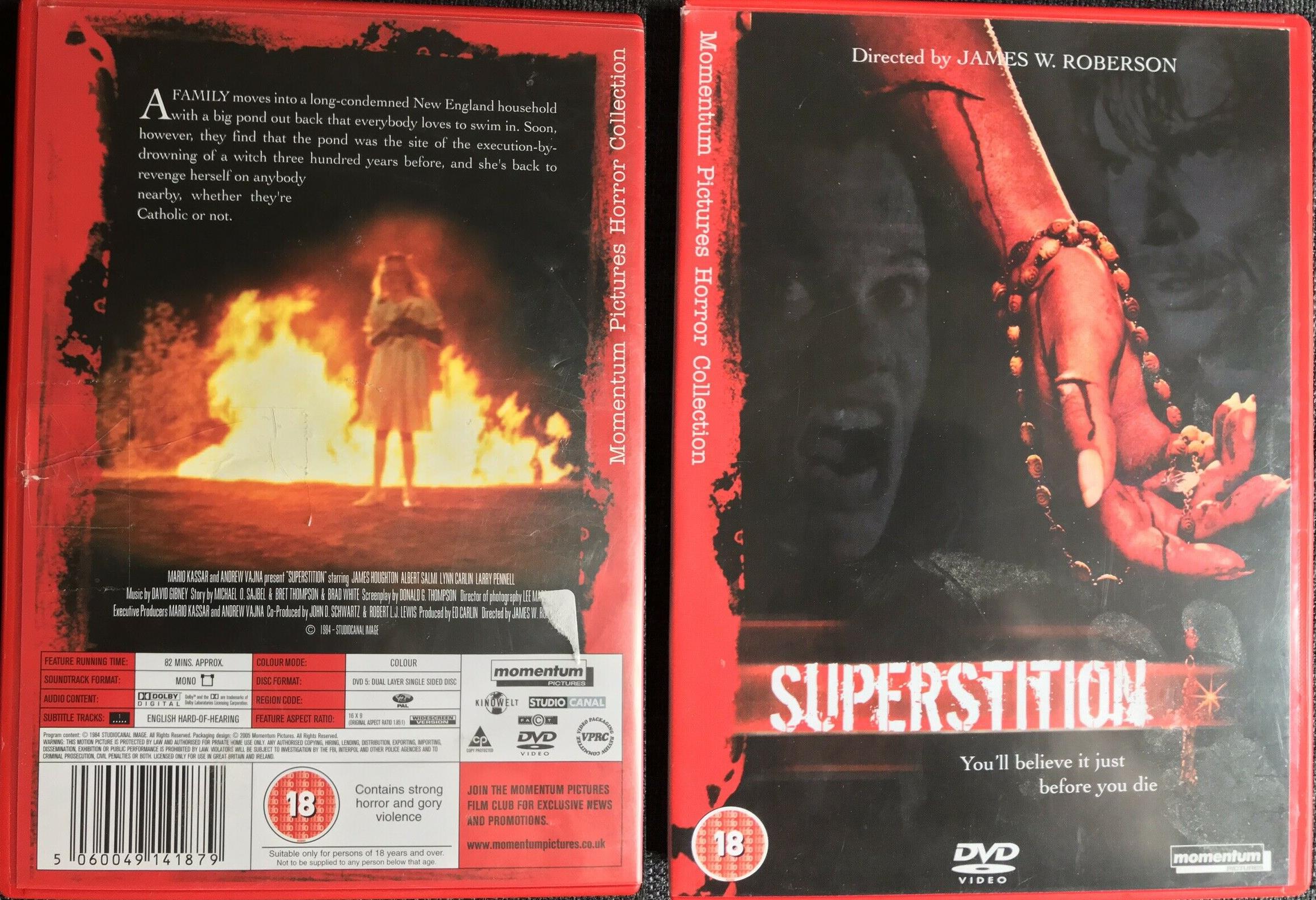 I'll cut down the DVD cover or make a new one.

Got my Shout! USA Blu-ray: 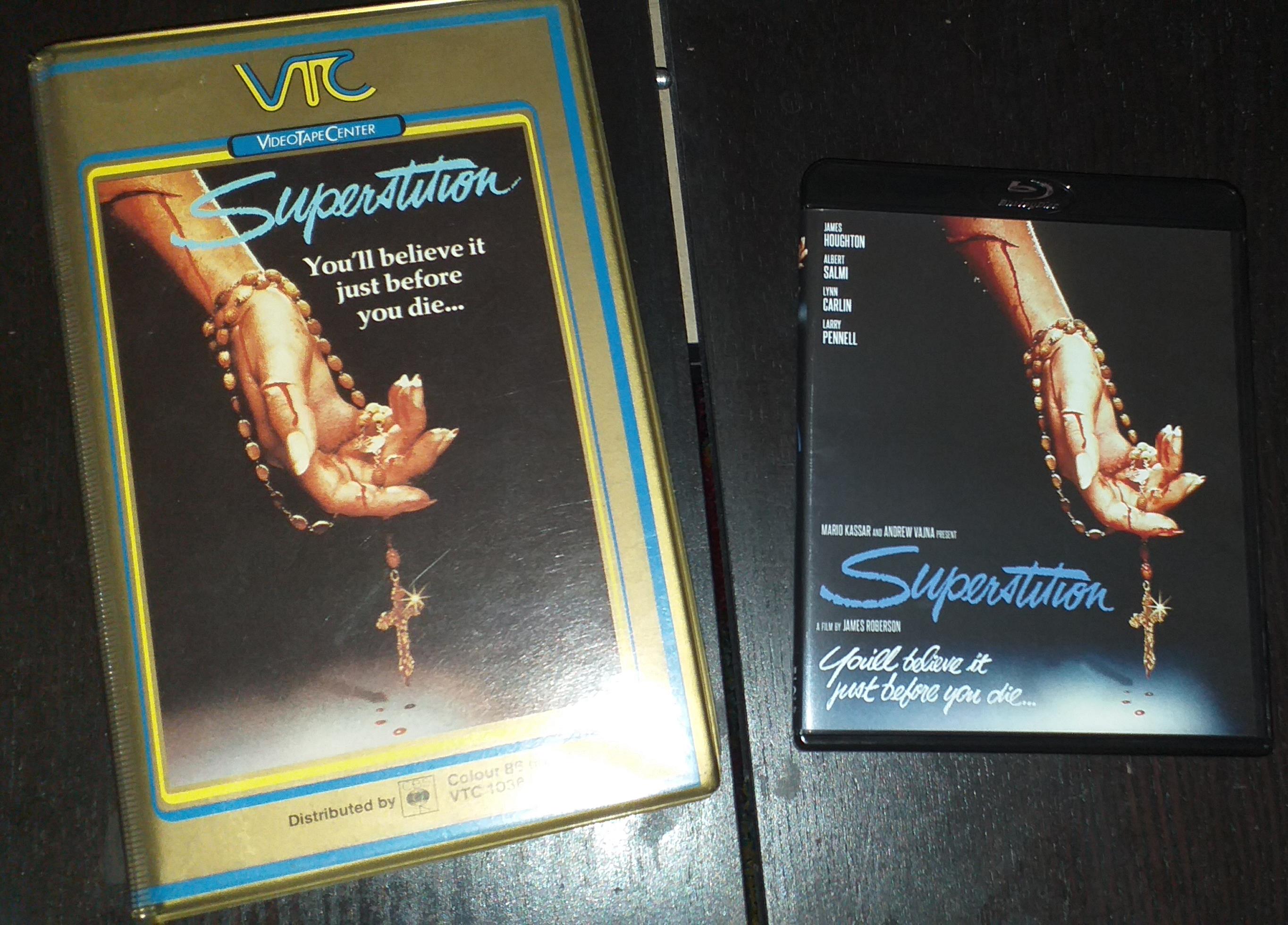 That's the reverse cover with my own black case.

The back cover has the StudioCanal logo so I suppose this could pop up in Europe: 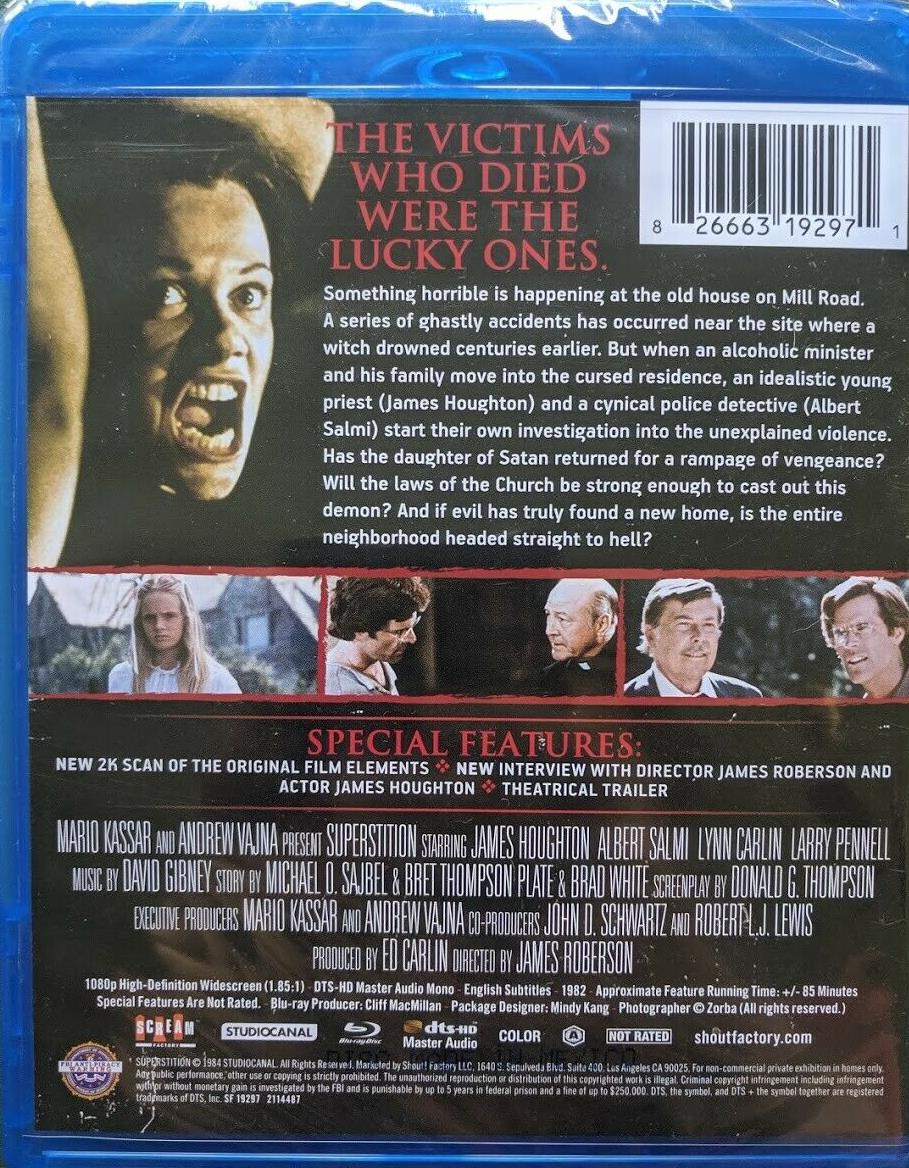