Studio Stuff is good for Hifi !

Problem - I use a Minidsp system as a preamp running my active monitors to sort out room issues. However, the version I have (Nanodigi + Khadas Toneboard DAC) only has digital inputs (Coax and Toslink) therefore I needed a way of getting my (soon to be finished) turntable into the Minidsp. My other source is a CCA using optical out.

Solution - I looked at updating my streamer and the WXC50 and Node 2/2i both have analogue inputs and can output digital (ADC circuit included) but that is a £200-500 investment. Looked at the Meridian MPMAX 221 but they are as rare as rocking horse droppings so the only other route was the professional studio route. The Sonifex RB-ADDA2 would have been my choice as it does 24/192 output but again these are fairly rare and around £150-200 again. So had a low bid accepted (c.£40 with cosmetic issues easily solved with a drop of glue and a screwdriver) on a Behringer SRC2496 Ultramatch. I now have this plumbed in and it is pretty much invisible to the system. Interestingly the CCA is showing up as 44.1khz input when using Spotify connect (premium) so can upsample and re-clock this to 24/96, there is a dither function which very slightly smooths over the sound. The analogue input to digital output works fine. So based on my experience with this and my passive preamp (SMPro M-Patch v2) I can only conclude that professional studio stuff just works, doesn't add or take away from the sound and is significantly cheaper than so-called hifi equivalents. The only downside is that looks don't always match up to performance but as this is a study system I don't have an issue with that. 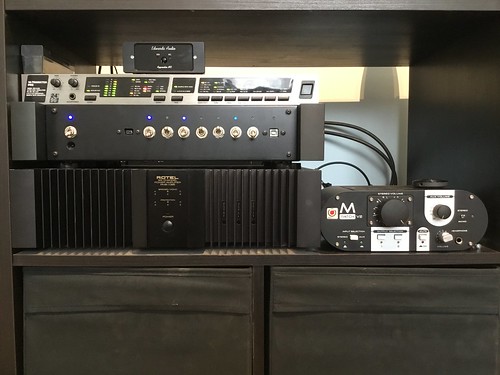 I’m not sure why studio gear isn’t made more use of for hifi?

It’s less expensive, sometimes absurdly so, and it is as transparent as can be.

Ps, that is a massive bargain price too.
AVI Trios and Lyngdorf TDAi 1120.
O

From Flickr - "This photo is private. Oops! You don't have permission to view this photo" (I can see the embedded image in the post, but that's what happens if I click it to try to see it bigger)

They seem to have an updated version which is also ridiculously good value. 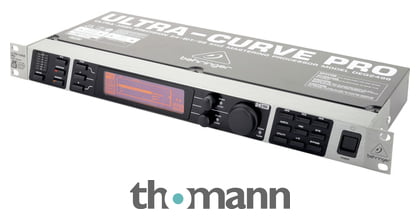 oscroft said:
From Flickr - "This photo is private. Oops! You don't have permission to view this photo" (I can see the embedded image in the post, but that's what happens if I click it to try to see it bigger)
Click to expand...

The latest version of Flickr limits the number of photos you can have public (1000 I think) so keep most private. I also deleted the hyperlinks so have added the actual file below. Paul7777x said:
I’m not sure why studio gear isn’t made more use of for hifi?

It’s less expensive, sometimes absurdly so, and it is as transparent as can be.

It has to be. That is it’s purpose.
Click to expand...

That's because the manufacturer hasn't had to pay an army of marketing people to invent a lot of new physics along with absurd terms and features to tempt audiophools to buy it.
i.e.
Fuses with
For example
____________________________
Warning - reading manuals reduces male virility
You must log in or register to reply here.

M
New to Hi-Fi, would really love some advice and guidance