My CD shelves are more than full and I don’t wish to buy more.

Any downloads I buy won’t fit onto the laptop because its SSID is full, ditto my phone’s microsd.

Mu listening is 95% classical and I do not wish to commit to an online streaming service. I find spotify search is not particularly accurate and I fear beloved old recordings being removed from such services. I’m aware of Tidal and Quobuz but have not researched them.

A week ago I copied 100gb of itunes files to the cloud (onedrive) and am successfully playing by streaming from my android phone and thence to Bluetooth speakers. Most files are AAC 128kbps

I’m thinking about upgrading my main listening system which is a philips CD player, Pioneer A300 amp and Mordaut Short MS5.10 speakers – all dating from the 80s – and streaming to it from my phone etc.

I’ve found online an iFi blue zen device which will enable me to wirelessly stream from my phone to the amp and read the review here plus a few postings about it.

With a budget of £500 to £1000 what are my best options to maximise sound quality? Just speakers, a new amp and speakers or active speakers ? Managing without the amp box has a bit of appeal.

I don’t understand much about power ratings of amps and speakers. For the sake of other family members I do not play music very loud and the kit will be at one end of a through lounge-dining room.

A couple of retailers have mentioned the bluesound-node-2i at £499. I think this has a lot of features (multiroom, airplay) that I will not use and is a lot more than the iFi zen blue. I understand that DACs vary in quality and price. I guess there’s a limit to the quality I can get from lossy audio and I’m not prepared to re-rip all those CDs as lossless and I don’t want to go the NAS route. I’ve got a vague understanding from this forum of different levels of quality in Bluetooth.

For another room I have Monitor Audio WS100 speakers which I find give a good sound (for the money) and work well using the SKAA transmitting USB gadget. Would a phone to USB connector work here?

As your current hifi demonstrates you’re likely to keeping your new stuff for some time.

In that case it makes sense to go to the higher end of your budget. 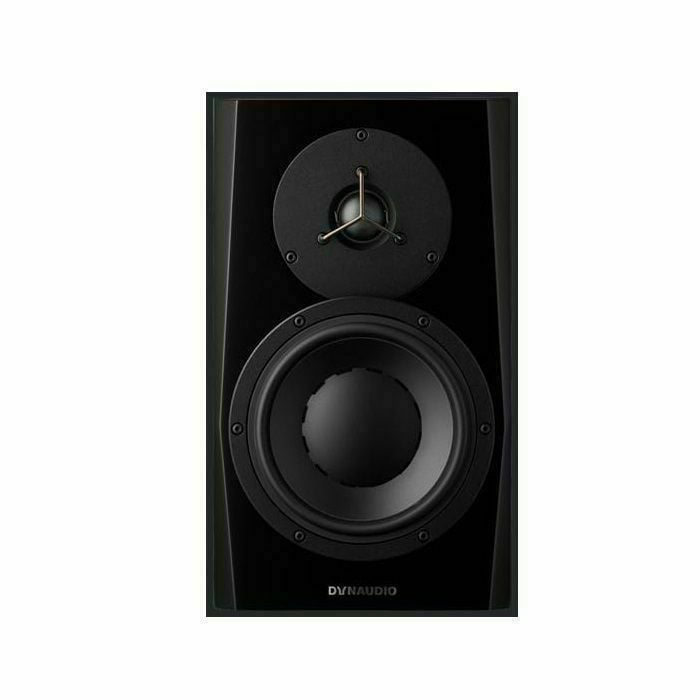 And one of these. 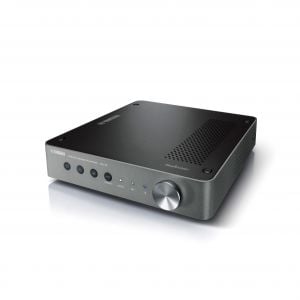 The WXC-50 is a new-concept audio component that goes beyond conventional audio thinking. It let you access a wide variety of audio content such as music from streaming services or stored on a smartphone, and enjoy high quality sound and style thanks to the ability to network with Yamaha’s...

A fraction over budget, but very much worth it.

Both are first class items that will last forever and sound superb. The difference between you current hifi and this is huge.

And, personally I’d re-rip my cds in a lossless format. iTunes using apple lossless is fine, but even 320kbs is a very noticeable improvement on your current 128.
AVI Trios and Lyngdorf TDAi 1120.

Alternatively, for around half of the above budget, then I’d buy this lot here.

Find many great new & used options and get the best deals for Adam Audio T7v 7" Active Studio Monitor (pair) at the best online prices at eBay! Free delivery for many products!
www.ebay.co.uk 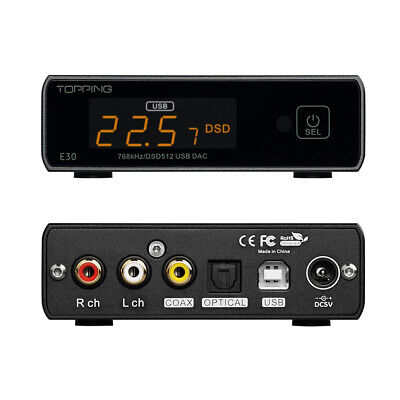 Adding this Bluetooth receiver to the optical input on the Topping. 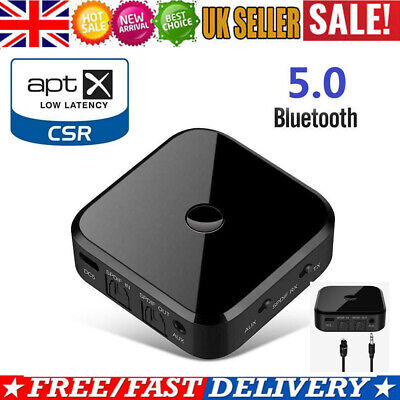 TX16 is a Bluetooth transmitter-receiver adapter with optical fiber and 3.5mm. Working hours: AUX: 15 hours SPDIF: 12 hours. When it is used as a receiver, it can be seen as a Bluetooth stereo headset (only need to insert the headphone wire into 3.5mm interface) or connected with the speaker.
www.ebay.co.uk

All told around £500 plus a tenner for cables.

And will also outclass your current hifi by a goodly margin.
AVI Trios and Lyngdorf TDAi 1120.

I know this s exactly what you don't want to do but it's worth bearing in mind that local storage is cheap these days. It sounds like you could do with an external SSD to plug into your laptop if you don't want a separate NAS. That will give you space for new music and your treasured legacy recordings. You are right to be worried that these will disappear off the streaming services so keep your own.

Ripping at Lossless as suggested by @Paul7777x is also worth it - even if you do it selectively or as you need it. I also found re ripping a big collection felt like a daunting task, and haven't done so with everything.

Alternatively, for around half of the above budget, then I’d buy this lot here.

Find many great new & used options and get the best deals for Adam Audio T7v 7" Active Studio Monitor (pair) at the best online prices at eBay! Free delivery for many products!
www.ebay.co.uk

Adding this Bluetooth receiver to the optical input on the Topping.

All told around £500 plus a tenner for cables.

And will also outclass your current hifi by a goodly margin.
AVI Trios and Lyngdorf TDAi 1120.
J

Thanks for reading and replying. I'll look into things.
G

For what it’s worth, I started my streaming “journey”, like you, with my Android phone loaded with music. Not being a fan of Bluetooth - in any shape or form unless I have to - I used a 3.5mm cable from the headphone socket into my amp (2 * RCA) and fairly soon realised that the inbuilt DAC wasn’t good enough. I then moved through a succession of DACs until arriving at one from Schiit (I’ve heard it’s very similar to the Topping E30 mentioned above, which a family member owns). Along the way, I also realised just how much of a pain it was having to give up my phone to the hifi cabinet and decided on a Raspberry Pi as a streamer.
So what I’m coming to is to ask whether you’d like to consider a Raspberry Pi as a streamer, connected to a DAC (Topping/Schiit or one of several others). Music stored on a USB stick or HDD - the whole lot should be available for around £200.
If it were me, then I would also make use of my existing amp and speakers (provided you’re otherwise happy with them, no known problems, etc) and upgrade them as and when the time was right.
And I appreciate your previous comments about not wanting to re-rip anything but I can honestly say that one of the best decisions I ever made was to forget about MP3 encoding and rip everything to FLAC (I Tunes equivalent is ALAC).
I’m happy to answer any other questions should any of the above be of any interest whatsoever.
Last edited: Feb 19, 2021
J

Trying to compare 256, 320, alac and flac versions on Monitor audio WS100.
For those who like classical I chose Ravel Daphnis lever du jour for the level of orchestral detail and the crescendo starting from the lowest instruments. I ended up just enjoying the music and in a blind test I'm not sure I'd separate them. Next trial may be Debussy les sons et les parfums for some quiet and atmospheric piano music.
Wondering whether to buy online or wait until I can visit the shops and try something for real.....

Interesting to read replies and other questions here. So many of us doing similar things and lots of you with experience and knowledge.
J

To wind this up. I've gone for a simple option and after a home trial bought a pair of KEF LSX. I stream to them using the Cloudplayer app. I chose them for the wireless feature and the simplicity of not having an amp. The sound improves as the volume goes up and it could easily become too loud for our largeish room.

jch48 said:
To wind this up. I've gone for a simple option and after a home trial bought a pair of KEF LSX. I stream to them using the Cloudplayer app. I chose them for the wireless feature and the simplicity of not having an amp. The sound improves as the volume goes up and it could easily become too loud for our largeish room.
Click to expand...

As you think the sound improves as the volume rises, you may be missing (in your head) some bass. The LSX drivers are not huge.

I’d suggest trying to fit one of these in somewhere.

It will certainly fill out the sound properly and they come in tons of finishes.

Cheers, Paul
You must log in or register to reply here.

The iFi Zen Stream, A Review

B
Amp/DAC for Sennheiser hd800s