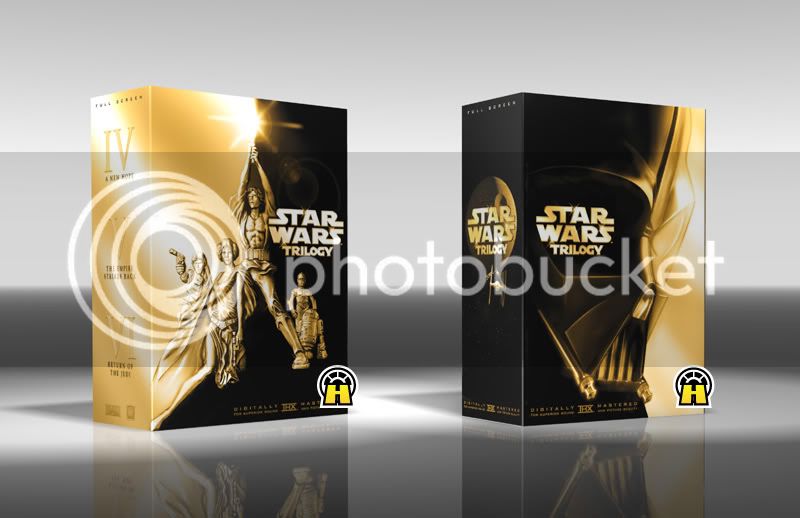 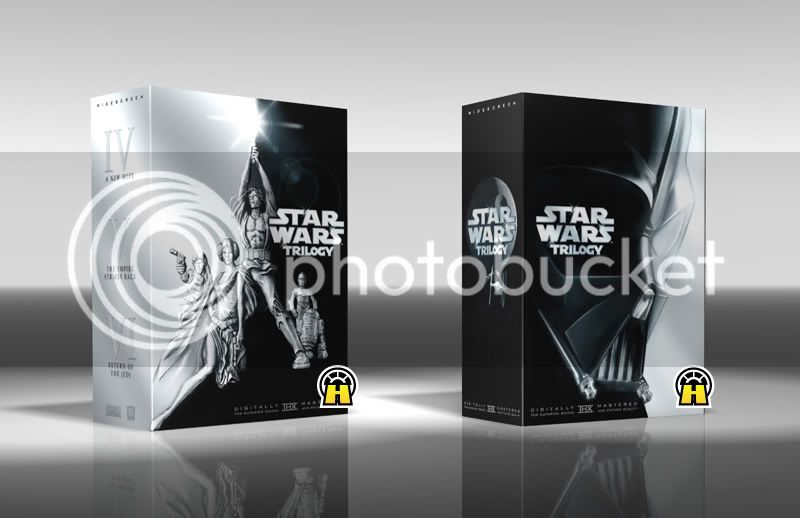 oops,my bad in that case.
i felt sure mine were gold and widescreen.
teach me to check before typing i guess (lol)
soz.
paul
F

I get the feeling i'm going to be as underwhelmed as i was for the Indiana Jones trilogy, long wait and not much at the end of it.

Where are these taken from? I don't recognise the logo on the images.
F

The transfers may be superb but i wasn't too excited over the sound mix or the extras, there's a lot of deleted footage which wasnt included on the dvd's the extras were not what i hoped for or expected.

On another note did anyone else wonder why Indiana Jones and the Last crusade has so many appallingly bad rear projection effects shots, i noticed this back in the eighties and again during the VHS nineties and now again on dvd, there are some really poor effects shots in this film, also the scene where Connery blows up the tank containing the soldiers (( the pen is mightier than the sword )) has this scene been altered for dvd.

Why are they insisting on calling it "The Star Wars Trilogy" when there are 5, soon to be 6 movies in the series?

BTW - The logo is a stylised version of the Brothers Hildebrandt "Star Wars" poster, while the Vader image is based on some Ralph McQuarrie concept art.
Ancient Oriental proverb: "Correct the wise man and he will thank you. Correct the fool and he will attack you."

and why do people want Star Wars in fullscreen
Opinions expressed here by me are not necessarily those of AV Forums or associated websites.

Americans still buy large 4:3 TV's because 16:9 sets are relitively expensive due to them being high definition. In this country standard definition 16:9 sets are plentyful and cheap but not so in the US. A lot of them are quite stubborn about black bars on their 4:3 rear projection set's (get over it will you!) The situation will improve as HDTV's become cheaper.

Originally posted by the_pauley
Why are they insisting on calling it "The Star Wars Trilogy" when there are 5, soon to be 6 movies in the series?

Originally posted by nelius
Where are these taken from? I don't recognise the logo on the images.
Click to expand...

I believeThe logo refers to a 'pay per view' part of www.starwars.com. which is supposed to give you exclusive Star Wars news.

I never bothered.
You must log in or register to reply here.

Head up for books