speakers loud when the volume is turned up just a little

I find that the speakers are the right volume when the amplifier is turned up only a little.

Is this an issue, or is it fine to run the system like this?

If it is an issue, is there anything I can do to lower the volume going into or coming out of the amplifier?

If you are plugged into Aux, CD or Tuner etc and it's still too loud too early, look for in-line phono attenuators or an attenuated phono lead to go between CD player and amplifier.

I have a 620 Technics which may be from the same era, and it has variable output level - do you have the remote for yours? Level control on there?
Last edited: Dec 4, 2011

I find that the speakers are the right volume when the amplifier is turned up only a little.
Click to expand...

Unfortunately, you didn't define "a little". On an old fashioned dial such as your Camridge A1 has, 9 o'clock would be considered normal, even though that's well under one quarter of what's available. So if that's where the dial is, it isn't "a little". By contrast, if "a little" meanss that even the smallest twist causes a huge volume, you may have an issue (or have the CDP connected to the turntable input, which should also sound horrible), and you should post back for further assistance

I was recommended some of these and they work just fine - not a dramatic difference but enough to really increase the range.

First, does your CD player, which we assume is the source causing the problem, have both variable and fixed outputs. As someone mentioned some older CD player could have a fixed level output and as an alternative, have a volume control on the CD player to control the output levels. Likely for best results either turn the CD volume down or use the Fixed level outputs from the CD Player.

And of course, maker sure you are connecting the CD player to a standard Line Level Input (CD, Tuner, Tape, AUX) and NOT the PHONO input. PHONO is specifically for Turntables only.

If none of these is the problem, and tell us the position of the dial relative to a clock face when you play at normal volume. For my system, with my turntable, 9 o'clock if fine for quiet relaxed casual listening. 10 o'clock is about right from moderately loud yet comfortable listening. 11 o'clock is for moderately loud party levels.

Now, the output of my combined DVD/CD player is a bit higher. Here about 9 o'clock is pretty loud, so for newer CDs, which seem to be louder, I will play at just under 9 o'clock. For older CDs, about 9 o'clock. That is the equivalent of about 10 o'clock when playing my turntable.

So, we need to know two things -

1.) Is the CD connected to TAPE, CD, TUNER, AUX or similar inputs. It CAN NOT be connected to the input labeled PHONO.

2.) Does that CD Player have both Fixed and Variable outputs on it. If the Volume control on the CD works, turn it down.

In neither of these turn out to be the problem, and we can find no other problem, then some Attenuators similar to the Rothwell attenuator in the link already provided might be the solution. Another source of similar attenuators would be Harrison Labs.

These would be referred to as Line Level Attenuator if you want to do a search engine search. They come in various DB levels of attenuation, you need to decide which is right for you. On one of my amps, the volume control has 'DB' marks on it, so I could compare the number of the setting I need to play at vs the setting of the dial were I would prefer to play, and get some sense of the difference in DB (decibels). 3dB is a slight but noticeable change in volume.

And, give us the volume relative to the position of the volume control dial? But, in general, the 9 o'clock to 10 o'clock range is the normal working range.

Beyond that, it is something of a mystery.

We've been through all this before. Anyone who can't get any higher than 10 o clock on a volume knob, or above 40% music volume has cd overloading the pre/integrated amp issues. Attenuation required.
Did anybody get their goldring attenuation cables that you were talking about the last time?
Listening to most albums at 60-75 %, some well produced 24/192 and 24/96 will play perfectly well at 80%.
Just made two helmholtz generators as i had bass issues at 63 hz. This has made a huge difference, music is so much clearer, and enables listening at higher volume with less room acoustic issues.
Devialet Expert 220 PRO, ROON, Totem Tribe Towers. LG 65C8. Yamaha YSP 5200. Audioquest Niagara 1200, Monsoon/NRG-Z3. Devialet Reactor 600. LG 55BX, PS5/PS4 Pro
PSN Dan_ozzzy189 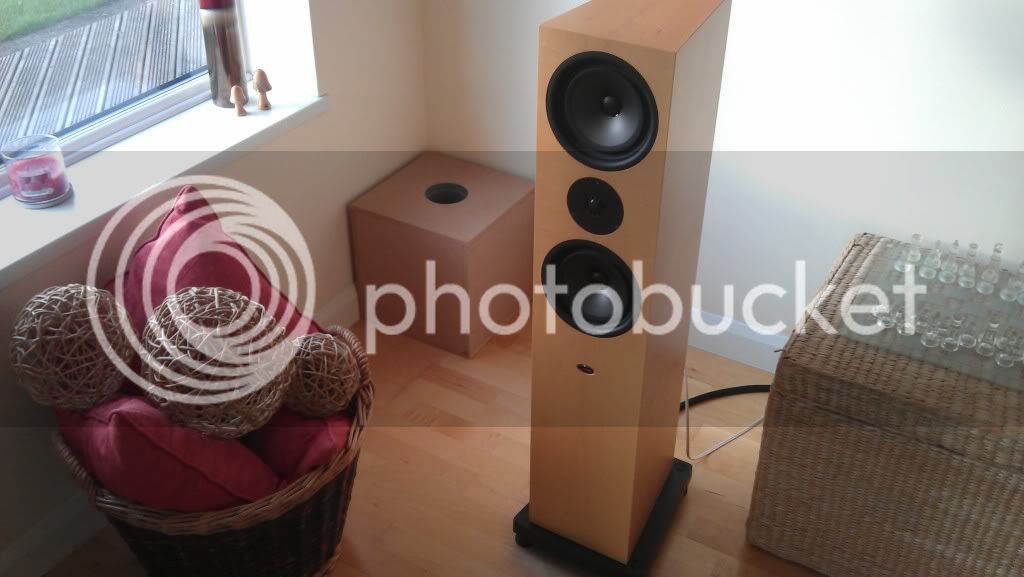 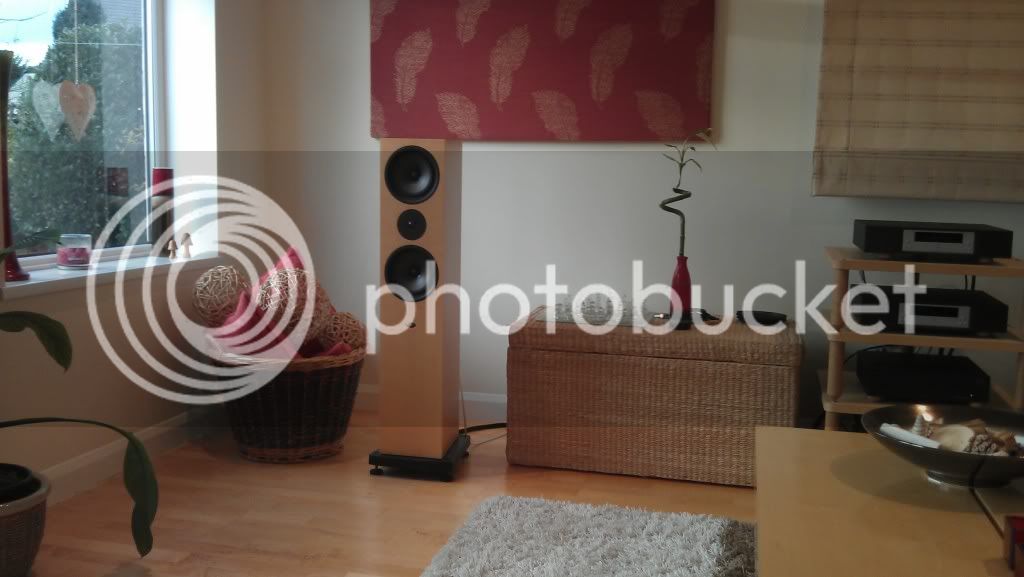 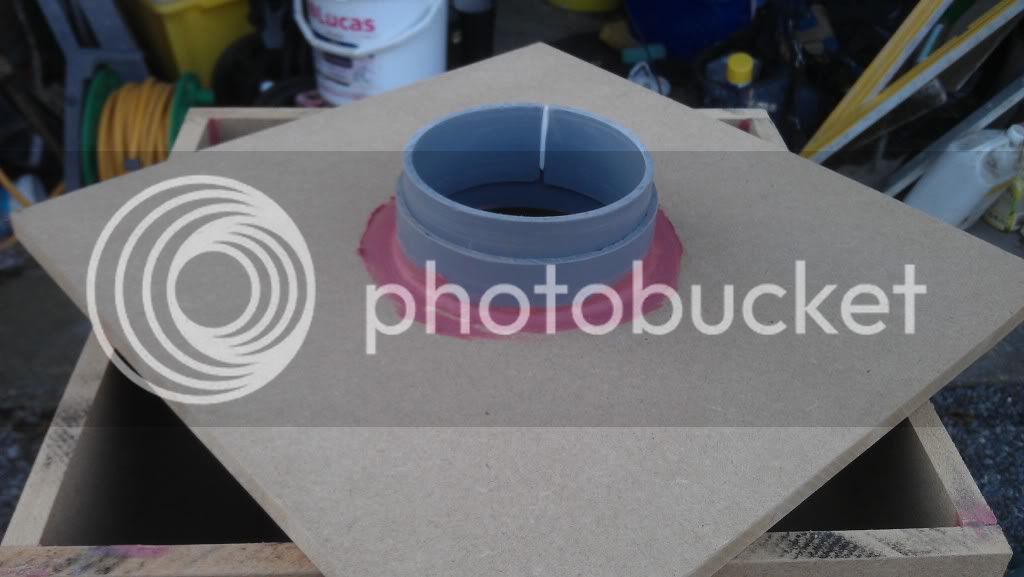 ozzzy189 said:
Did anybody get their goldring attenuation cables that you were talking about the last time?
Click to expand...


It may be attenuation that's required, depends which input is being used ? They're called Goldenjacks by the way. They work a treat for me on my mediocre cdp. Can't get the volume past 9 o'clock without attenuation !!
Michell Gyrodec SE, Roksan Tabriz with Intelligent Counterweight, Musical Fidelity X-LPS vIII & X-PSU vIII, Ortofon MC25FL, Musical Fidelity A308, Roksan Kandy K2 cdp, Quad 22L2 Floormounts, Musical Fidelity X-CAN vIII with Sennheiser HD595.

Yes, if there isn't some other solution and if we can establish the current working setting of the volume control, then likely the Line Level Attenuators is the solution.

But if the CD has a variable output, it could be as simple as turning down the volume control on the CD player (assuming it has a volume control).


These are available from Rothwell, Harrison Labs, and Monacor; and possible others.

Though you have to determine how much attenuation you need.

Thanks for all the replies.

The amp has no phono socket, and it is plugged into the CD input.

The volume control is just around the 7:30-8 o'clock position (2.5 marks), will get a set of those attenuators I think

CD player has only one set of outputs called "line out" (also digital out), and no volume control that I can see, also don't have a remote.

Will report back when I have the attenuators.

Find a remote control for your CD player and you'll find a Level control on it - see the picture at this page and the one on this eBay listing (ended, unfortunately)
D

formbypc said:
Find a remote control for your CD player and you'll find a Level control on it - see the picture at this page and the one on this eBay listing (ended, unfortunately)
Click to expand...

thanks,I have found a remote cheaper than the attenuators, however my concern is - could the player already be at the lowest line level?

daven1986 said:
thanks,I have found a remote cheaper than the attenuators, however my concern is - could the player already be at the lowest line level?
Click to expand...

I've got the SL-PS620, and when I turn it off and back on again, it returns to 0dB (full output) - the level control works in one direction, to lower the output, and has a range of 0 to -12dB

I would confidently expect yours to show the same behaviour, and I'd buy the remote with confidence
D

Many thanks for the info, shame it always returns to full output!

daven1986 said:
Many thanks for the info, shame it always returns to full output!

I leave mine switched on all the time. Don't you?
D

formbypc said:
I leave mine switched on all the time. Don't you?
Click to expand...

No, I turn it off as I don't need it on standby while I'm at work!

I decided to get the attenuators for this reason will report back when I get them.

Thanks for all the help

I decided to get the attenuators for this reason will report back when I get them.

Thanks for all the help

No probs. Try leaving it switched on for a couple of days or so and let us know if you think it sounds better.
D

Got the attenuators today - much better, I set them to -20db and now can turn the volume up to around 9-10 o'clock, which gives me much better control over the sound level.

Thanks for all the helpful advice
S

What makes a speaker sound good when playing at low volume?
2

Intermittently soundless on LEFT speaker when power on CD player and amplifier.