Well it won’t do any harm and then you can re-evaluate to see whether anything more needs doing. I would be generous in applying, any slight hole that’s missed will continue to leak sound.
What is above, below and to the sides of the wall? I had floorboards when left large gaps into next door under the wall which was a right pain.

I've had the soundproofing in livingroom for around a month now and it's been unreal. I haven't heard a single noise from next door. We still have upstairs to do but expect similar results.

Gorgie Boy said:
I've had the soundproofing in livingroom for around a month now and it's been unreal. I haven't heard a single noise from next door. We still have upstairs to do but expect similar results.
Click to expand...

brunation said:
Can you just confirm the method you used in the living room?
Click to expand... 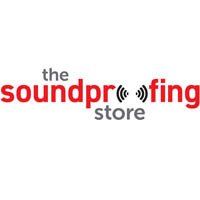 The ReductoClip Direct to Wall soundproofing system offers the thinnest and highest performing sound insulation solution for noisy neighbours on the market.

It's been very good.
B

Hi, I’m new to the forum but thought I’d comment to see if it helps you in any way.

Firstly as you said expanding foam isn’t the best for soundproofing as it’s not dense, if you can use cement, for deeper holes use a mortar gun to squeeze the cement in.

We then built a stud frame using (4x2) and used a rubber strip on the outside to ensure it’s not directly touching joists/walls. If you can, don’t directly fit the frame to any walls especially the party wall, fix it to the floor + ceiling joists.

We researched lots of companies for the clips/bars and found they all pretty much have the same reviews/data but we opted for genie clips and bars as they were miles cheaper.

Also you may also want to make note about electrical sockets, you can either buy socket putty pads or an acoustic electrical box, both will help with airborne sound.

One last thing, radiators or TV’s, use extra furring bars/clips for these and don’t fix into the studwork. A lot of people underestimate these weak points and still have issues with sound not knowing these little things.

Do you recall the height of the clip+channel? Working back from their pdfs it seems to be 25mm?
Organ Donation Scotland
Ryzen 2400GE Fedora Desktop | RockyLinux + snapraid NAS | OPNSense 20.7
Octopus Energy <- so.energy <- Scottish Power.
You must log in or register to reply here.

Yesterday at 10:22 AM
Paulo Favinha

I
in wall speakers installation on outer walls