Last edited: Jan 18, 2020
AVForums Editor
ISF and THX Certified AV Calibrator
Follow me on Twitter! - My personal opinions are not those of AVForums or any other related website.

Thank your for this preview Phil Hinton !
in addition to your preview here are some pictures to model: 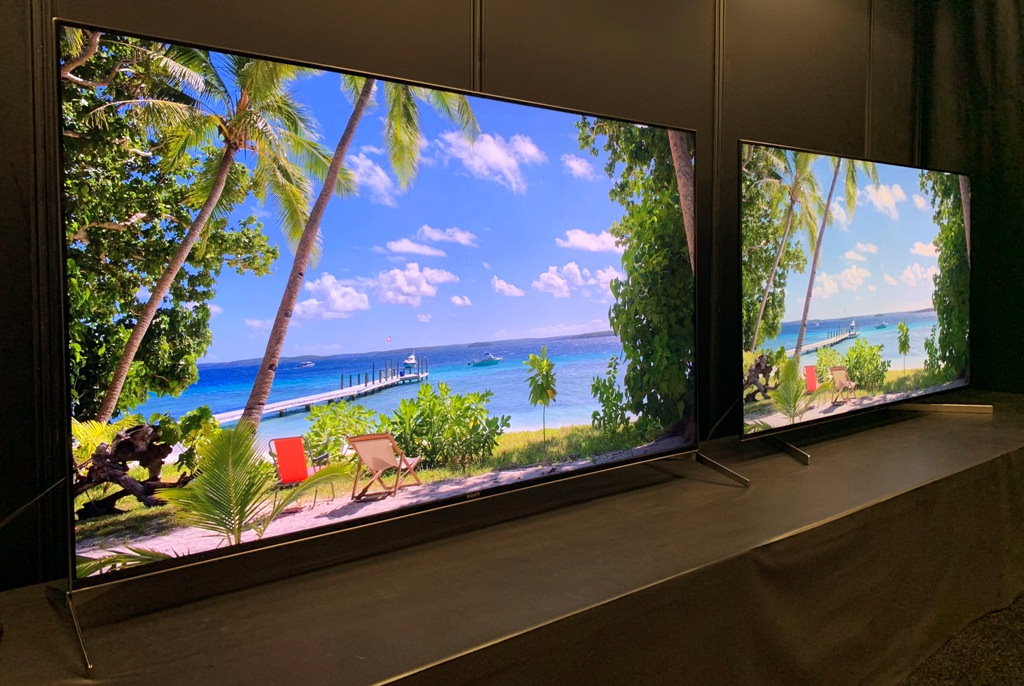 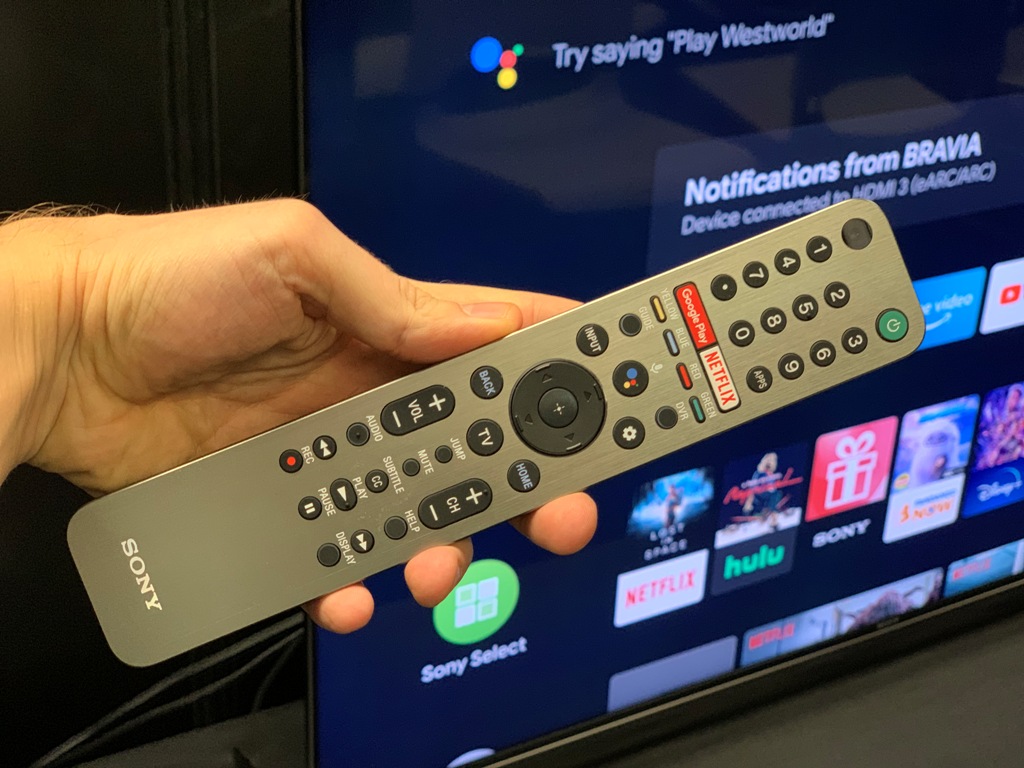 technomen said:
Thank your for this preview Phil Hinton !
in addition to your preview here are some pictures to model:
Click to expand...

Sorry, some of those are copyright of Sony and not for publication, so have been removed. I have attached our video with Gavin who explains all of these features and there is footage of the new TVs in there as well. I also asked about the contrast issues with X-Wide Angle and the blooming issues with the black bars, which he answers. All of this is here on AVForums and in far greater detail than off-site links.
AVForums Editor
ISF and THX Certified AV Calibrator
Follow me on Twitter! - My personal opinions are not those of AVForums or any other related website.

ah ok i don't know that kind of information sorry to have posted them
so any idea on the number of zone on this new model?
Thank you.

Yes how many zones does the XH95 have? And is it really truye that the XH95 will have worse blacks and contrast ratio than the XG95?

Blu21 said:
And is it really truye that the XH95 will have worse blacks and contrast ratio than the XG95?
Click to expand...

From the video it seems Sony have worked mainly on the audio and image would be the same if not very similar.
Panasonic DX902 TV FAQ
Samsung Q90T/Q95T TV FAQ
UHD BluRay Release Schedule

adbailey18 said:
That last pic of the remote doesn't show the screen in good light (no pun intended).
Click to expand...

That's how VA panels look from an angle on a daker background and a camera shows this even more then it's in real.

These are the most important innovations of the Sony TV 2020 range
""There are also improvements in the LCD segment compared to the 2019 range. Sony remains faithful to its upgrade strategy and provides its new devices with technologies reserved for the best models last year. The X95H models (predecessor X95G) benefit from a better stability of the viewing angle thanks to the X-Wide-Angle (except 49 inches), while the X90H devices (predecessor X90H) even benefit from an LED matrix backlight complete (except 55 inch version). The distribution of processors remains the same, the X95H still has an X1 Ultimate processor, while the X90H devices have to settle for the slightly weaker X1 4K HDR. In addition, the X90H models (with the exception of the 8K cameras) are the only models that allow 4K / 120p processing. We could at least take it from the technical specifications and this was also confirmed to us on the Sony stand at CES 2020.
Where is HDMI 2.1?
Sony confirms 4K / 120p processing only for the Z8H and Z9H (Z9G), as well as for the X90H series. We are very surprised that Sony Electronics does not support the HDMI 2.1 interface with the next generation Playstation 5 console, which was announced for 2020. At least, the "HDMI 2.1" has not been communicated word for word . Our only hope is that due to license delays, Sony has not been allowed to officially announce its CES 2020 models with HDMI 2.1. Otherwise, of course, the question arises as to why no HDMI 2.1 has been installed. Are the processors not powerful enough? Didn't Sony engineers just do it, or is the interface deliberately left out? We hope to get more information on this topic at the Sony Roadshow in March.""
Source:4kfilme.de

I don't like the additional silver boarders on the X95H, the XG95 looks sleeker because it doesn't have those boarders.

So we now know that the X95H even at 55" will have X-wide Angle enaled which means lower contrast, poorer blacks and now with a worse design. The more we find out about the X95H the more it sounds like a downgrade on the XG95.

Well that's your opinion, imo it's a much nicer design. It's like an OLED without a real frame, the frame is the panel it self, like the modern slim monitors and around the panel there is just a very thin silver border.

Stand/feet is also much nicer and you can choose between two positions, wide and narrow.

TV also has a new much nicer menu, backlit remote and you can even talk to the TV which will make operating the TV even easier and more fun and the sound will be a lot better.

Imo X-wide angle is a plus aswell because the viewing angle of VA panels is so limited that if you sit closer to the TV you lose all the contrast and colours fade, it stays good only in the middle of the screen while all edges are washed out.

I can see some colors shift and lose of contrast even while watching 55" XG9505 from 3m away, if you sit 1.5m away it's really bad and that's why contrast may look even better with X-wide viewing angle because it will look the same over the whole screen.

+1
especially if the number of area increased by a few tens it would be perfect for me ! 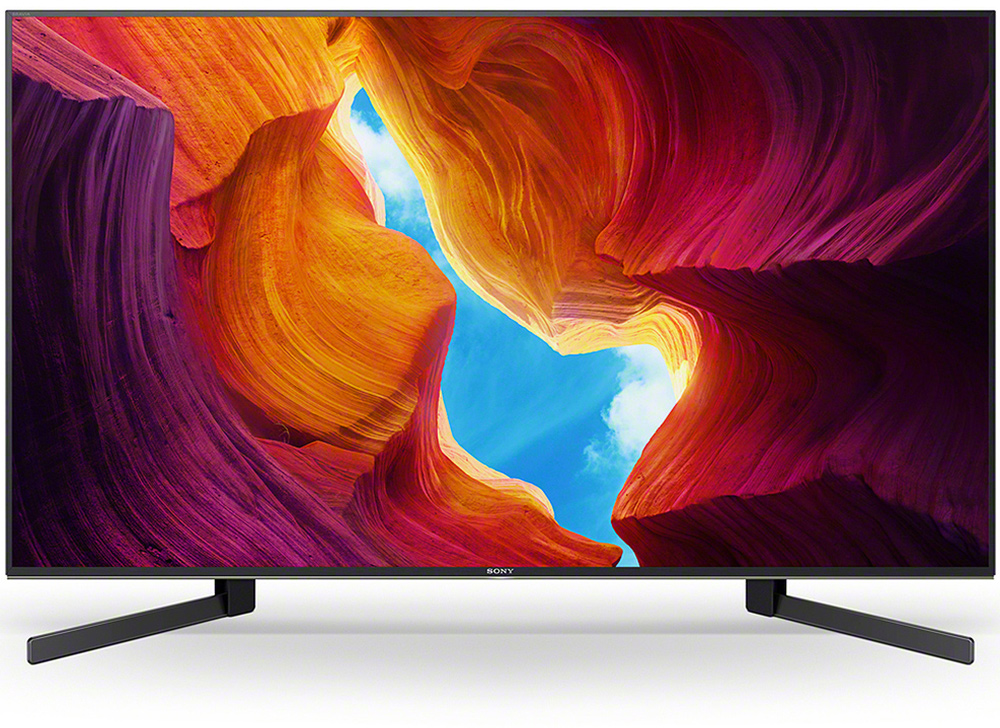 Underwhelmed is the word to describe it so far. At least they've sorted the feet out! Sony really don't want to push their LCD's forward anymore, such a shame after the models 3 years ago.

Too expensive, 48" OLED's will be near that price. Sony should reduce the price of their LED TV's.

Two years in row 2018 and 2019 all their LED range was priced exactly the same once they were released, if they do it again this year then they are crazy, at least their prices fall a lot during the year but still their starting prices are way too high. 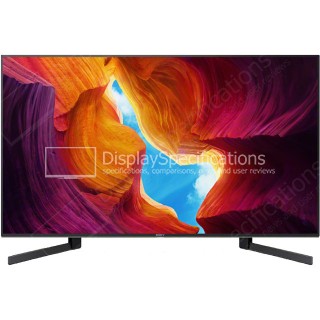 I think they got it wrong but what if it's true because 49" is the only model to not have x-wide viewing angle so they used IPS instead so that all 9505 models have better viewing angle.

Better viewing angle is favoured more and more since OLED was introduced, looks like they don't care for contrast on LED anymore because they have OLED for this.
Last edited: Feb 1, 2020

More local dimming zones. It is only real upgrade i wait in H950H. X950G is strong enough in all other respects

let's hope so,what many of us expect from this new model !