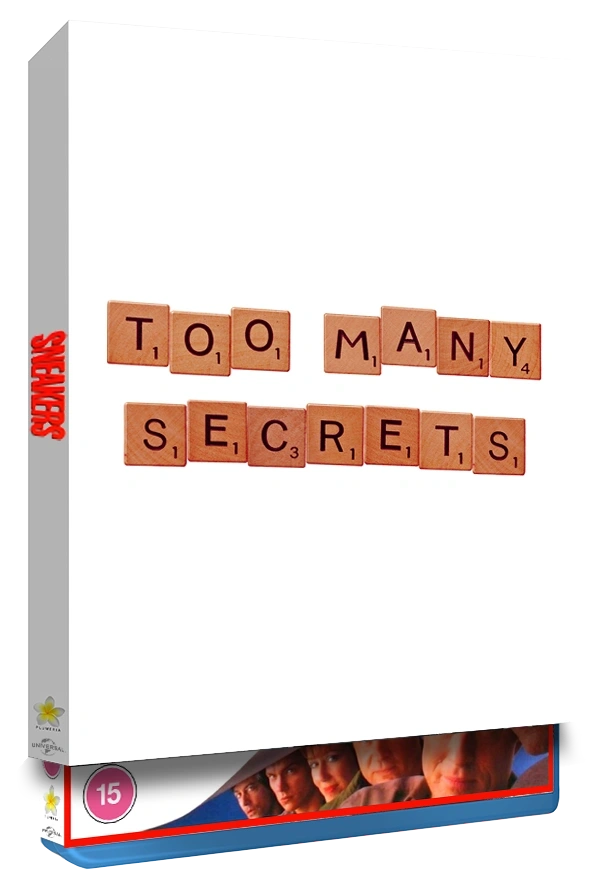 🚨 FIRST EDITION (LIMITED TO 1,000) INCLUDES SLIPCASE WITH EXCLUSIVE ARTWORK 🚨 FREE UK P&P 🚨 "Why don’t more people talk about Sneakers ? It’s hard to think of a finer ensemble suspense caper from the 1990s, especially from a major Hollywood studio (Universal). Yet with its blend of suspense...

I wonder if this a new remaster ?
Flickr: simonblue5502's Photostream

simonblue said:
I wonder if this a new remaster ?
Click to expand...

Everything about Blu-ray Disc. Join the Blu-ray Forum to discuss topics such as Blu-ray movies, players, recorders, drives, media and software.

I'd buy it to upgrade my US Blu-ray.

The HDDVD and Blu-ray US release had "The Making of Sneakers" documentary (40:04)

The Making of Sneakers (480i; 1.33:1; 40:04): This documentary has a copyright date of 2000, but the interviews appear to have been done much closer to the film's release. In the first part, Robinson, Lasker and Parkes discuss the lengthy writing process, sitting together at one point around a table heaped with drafts and manuscripts. Also interviewed are Prof. Len Adelman, a mathematics consultant who, among other contributions, wrote the speech delivered by Dr. Janek, and John Draper a/k/a "Captain Crunch", a famous hacker whose history supplied elements for the character of Cosmo. In the second part of the documentary, Robinson and his co-writers discuss the characters and story that emerged from the long writing process, supplemented by interviews with the principal cast.
S

cybersoga said:
Sounds like a new encode of an old HD master according to this review

Everything about Blu-ray Disc. Join the Blu-ray Forum to discuss topics such as Blu-ray movies, players, recorders, drives, media and software.

Thanks, think i will upgrade from US blu ray
Flickr: simonblue5502's Photostream

great little underrated film.
"...Did he just throw my cat out the window...?"
"I just stuffed a guy into a meat freezer. Check that one off my bucket list."
"I enjoy a good play. What's that one w/ the pirate and the crocodile...?"
"I always thought that opera was just fat people ****ing shouting."

Got my copy today, never owned this on any format. Haven't seen this for a while and had totally forgotten about this.

Considering how old the film is I was a bit taken aback when I had a quick browse through the cast interviews, and Redford was going on about how privacy was going to become a thing of real concern as computers invade more of our lives, quite an insight for a film that is almost 30th years old and pre world wide web.
[email protected] Movies - A Podcast all about Movies, TV and banter | iTunes

Not too fussed about that slipcover but I'll still pick it up if I see it a bit cheaper. I suppose it saves paperwork so good for the environment.

Or maybe that's their mobile number? Tried it on my A player no locked message it simply fails to move ahead. Nice touch.

No new artwork or leaflet.

Not a great look for a intended boutique label.

No class.
You must log in or register to reply here.

Win a copy of Patrick on Limited Edition Blu-ray