"With Slasher, I wanted to tell a modern-day monster story — but instead of a mythological creature, the "monster" in our series is all too human," said Aaron Martin, creator, writer and executive producer, Slasher. "The series is a fusion of some of my favorite thriller genres — the classic slasher film, the contemporary murder mystery and the timeless works of my favorite crime writer, Agatha Christie."

Katie McGrath ("Jurassic World," "Dracula," "Merlin") stars as Sarah Bennett, a young woman who returns to the small town where she was born, only to find herself the centerpiece in a series of horrifying copycat murders based on the widely known, grisly killings of her parents. As the murders escalate, long-buried secrets are revealed, making everyone around her a suspect ... or a victim. Sarah finds herself questioning everything and everyone around her, including her husband Dylan (Brandon Jay McLaren, "Graceland," "The Killing"), her grandmother Brenda Merritt (Wendy Crewson, "Saving Hope," "Revenge"), family friend Cam Henry (Steve Byers, "The Man in the High Castle") and the town's police chief, Iain Vaughn (Dean McDermott, "Ecstasy," "CSI: Crime Scene Investigation").

Developed and produced by Shaftesbury in association with Super Channel and Chiller, "Slasher" is written and created by Aaron Martin ("Killjoys," "Being Erica") and directed by Craig David Wallace ("Todd and the Book of Pure Evil"). Aaron Martin, Christina Jennings and Scott Garvie are executive producers. Casting by Stephanie Gorin. Content Media Corporation is the distributor. "Slasher" is funded with the participation of the COGECO Program Development Fund.
M

“Slasher” is designed as an anthology series, like “American Horror Story.” The eight-episode first season will air from March 4 to April 15 and by season’s end, the Executioner will be unmasked. Each season is designed to be a “self-contained hybrid of the slasher sub-genre of horror films and the traditional murder mystery,” which means Season 2 would be an all-new mystery and cast of characters.
Click to expand...

episode 1, a slow start but who is the new killer if any

omg, victims were waiting to be slaughter that's bad

the 1st killer is not really the killer, he is covering for him thus let the case rest - but why ? he only managed to save Sarah it is very likely the real killer regretted & is trying to atone his sin by killing ppl he deems deviated from norm who associate with or bully Sarah which might harm her but he will kill her so long as he deems it fit

; again, there is likely to have a copycat killer who is the new killer
episode 2, more content though

Episode 6, getting interesting as he was willing to talk but honesty ? with just 2 episodes to finale
M

Tom the real killer, last times he killed didn't bother to confess but because of sarah he gave himself up
How the copycat killer got some of those ppl dark secrets & why would start killings only when sarah returns also if he madly in love with her why would insist on killing her in front of Tom >>> so many loose ends

The ending scene looks interesting if it is to be renewed
Last edited: Apr 17, 2016
M

Slasher 2: Guilty Party
Brought together by a horrific secret they’ve long kept buried, a group of former friends must return in the dead of winter to the now-closed summer camp they worked at five years before. Deep in the snow-covered wilderness, the rundown camp has now become a private and isolated “intentional community” cut-off from civilization by weather, wilderness, and choice. The group’s secretive reason to return causes tension and tempers to flare. Before long, they find themselves gruesomely targeted by someone – or something – out for horrific revenge. The location’s isolation starts to wear on relationships and expose surprising secrets, and as the winter weather worsens, so does the killer’s grisly spree. As blood and secrets spill across the vast and snowy wild surrounding the camp, the mismatched group must try to escape not just the killer’s retribution, but also survive the deadly elements

Aaron Martin (Saving Hope, Being Erica, Degrassi: The Next Generation), recipient of the 2017 WGC Showrunner Award, returns as showrunner


Note: Season 1 of Slasher about sin, the Executioner’s preoccupation, is currently available on Netflix
Last edited: May 9, 2017
M

who is the killer , but why kills & partner in crime ? before the "5 years ago" how many being killed & after that how many or simply revenge killing

The second season of Canadian drama series Slasher, subtitled Guilty Party, will receive its UK premiere on the Sky owned Pick TV on Tuesday May 1st at 10pm, it has been announced.
Click to expand...

The Third Season Of ‘Slasher’ Is Now In Production | Grave Decay

The Slasher television series has announced, via social media, that its upcoming third season is now in-production and will hit the editing room soon! The post included a video of the script of the season three premiere episode, entitled “6am to 9am”, dripping in blood:
Click to expand...

Brand New Third Season “Slasher: Solstice” is Coming to Netflix in May! 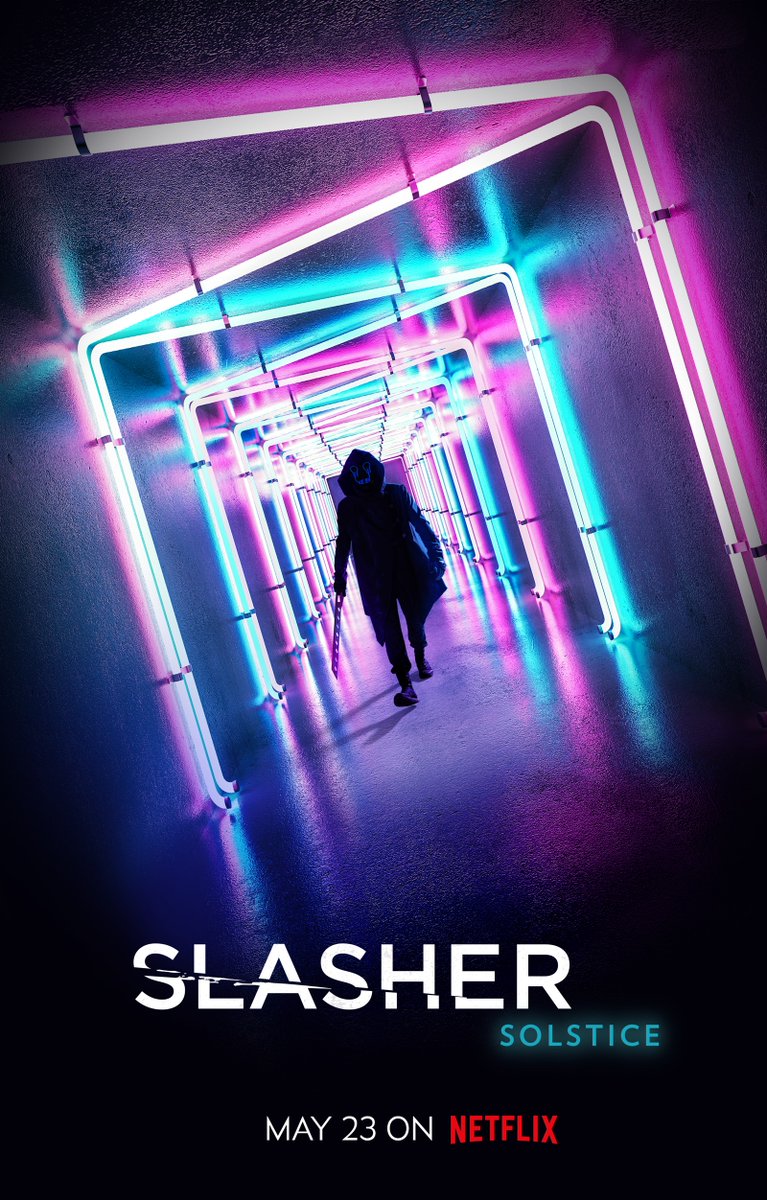 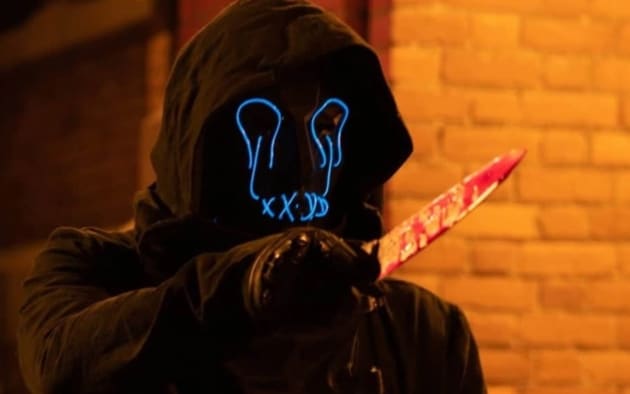 Slasher is coming back for a fourth season with a big returning cast and a scary new plot. Get all the details right here via TV Fanatic to get up to speed.

Shudder announced today that it has teamed up with award-winning production company Shaftesbury to make a new eight-episode installment of the hugely popular horror series.

"Slasher: Flesh & Blood follows a wealthy but dysfunctional family gathering for a reunion on a secluded island," reads the official logline

"Their old wounds and competitive rivalries flare up when the family realizes a masked killer is on the island, intent on cruelly picking them off one by one."

Slasher: Flesh & Blood will combine elements of traditional murder mystery with the intense horror and bold kills that audiences have come to expect

David Cronenberg has joined the cast for the new season