In 100% zooms, I noticed blue-green colouration on the chest feathers. Initially I thought this might be moiré, (I had not switched on the AA-filter simulator in the K-3), but SP's Reduce Moiré option didn't remove it. I found under the NR controls that the Colour Distortion slider set to 78 removed enough of it to satisfy me. The 100% comparison below has the adjusted version on the left. 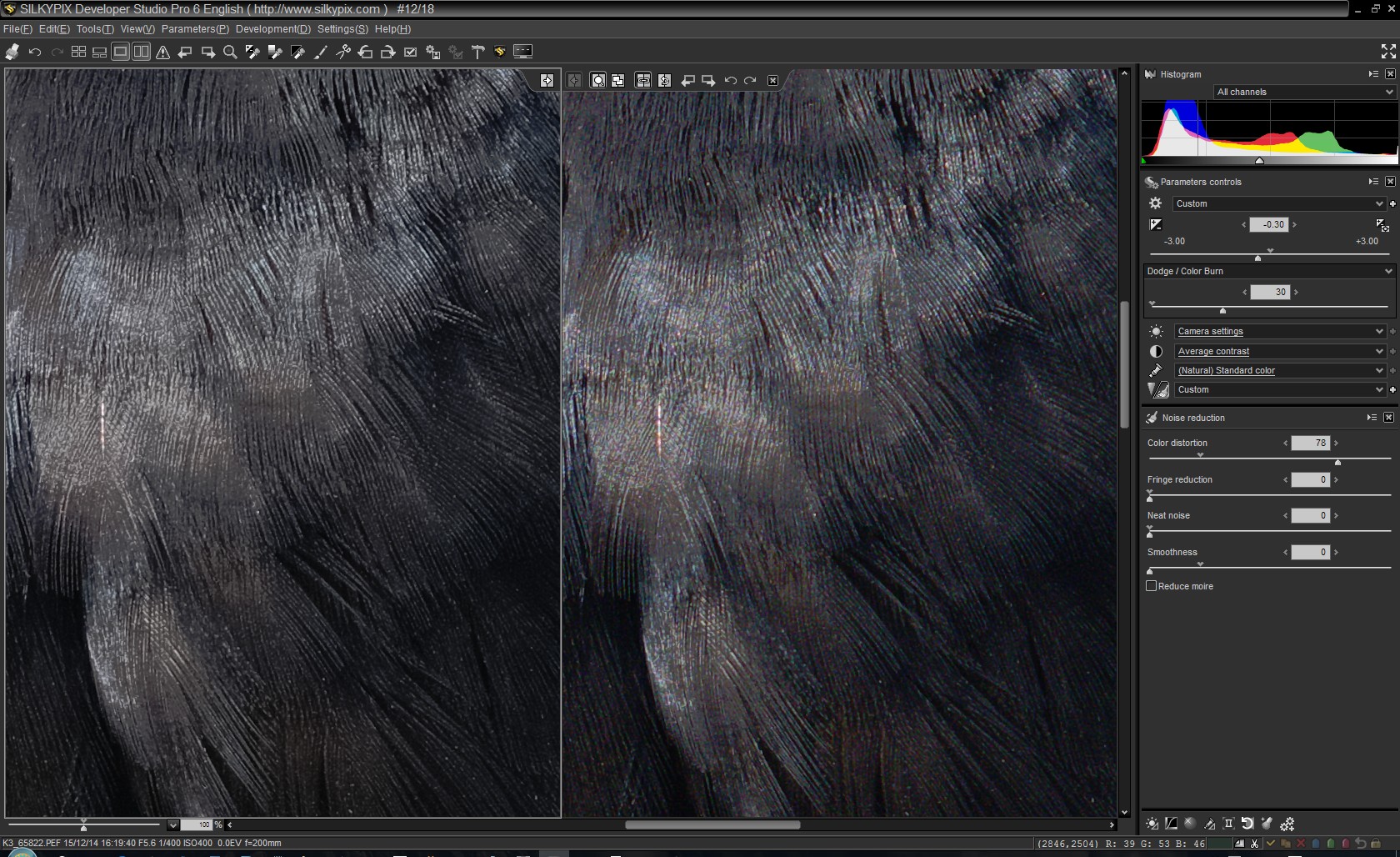 This colouration does not appear to be lens-specific. I get the same problem with the same subject with a Pentax DA* 60-250/F4. Perhaps it is related to the demosaicing method SP uses.

This Sigma lens showed significant Lateral Chromatic Aberration with this subject. Lat. CA is most obvious when looking near the edges of the image. Here's a 400% processing comparison of a claw near the bottom. 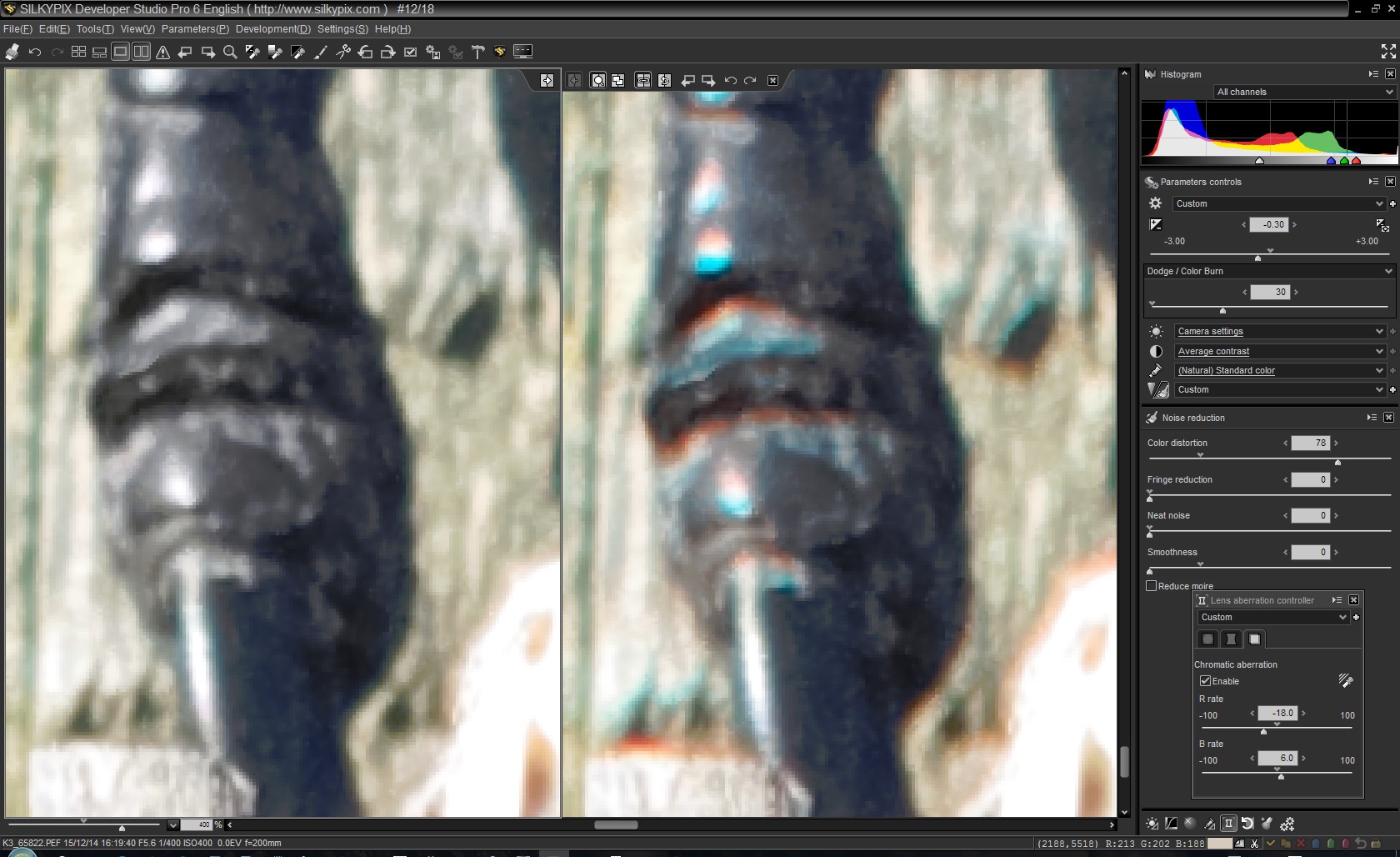 And a 200% comparison of the beak near the top of the frame. After developing the raw as a 16-bit TIFF, I did some further processing in PaintShop Pro X7:

Finally here's the result and a 100% crop of the chest feathers. 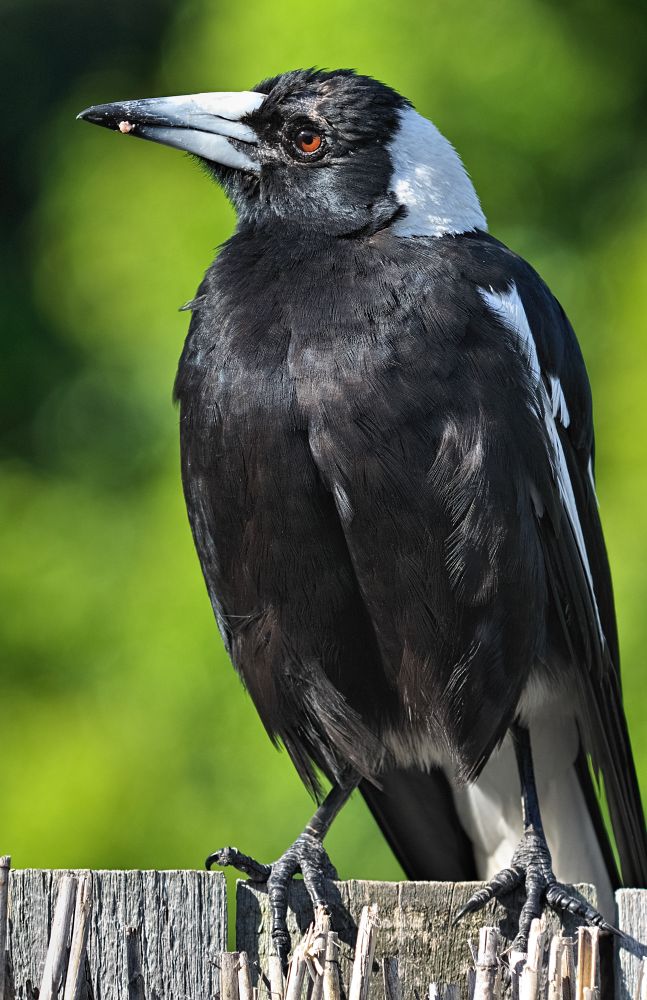 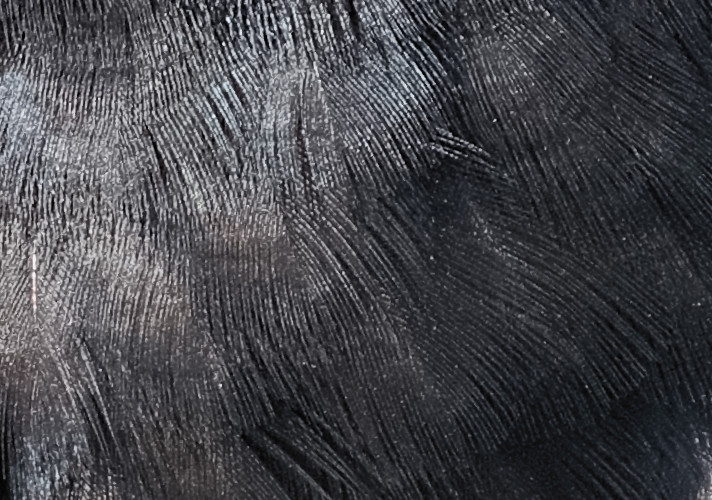 Personally I think your processing and removing a natural look; Magpies have an iridescent sheen to their plumage.
Si
AV Forums "Photo Competition" can be found HERE

(All opinions are mine! Unless I'm told otherwise)
1

They are all nice pictures to be proud of, and I suspect few outside DSLRs will notice any faults.... the last picture (on a fence?) does show a colour error IMHO - the white, by the head is showing signs of blue, presumably UV getting in, or a tint from the sky, etc. . . whereas it should be grey ( ie white but not as bright as the patch of sunlight also present. ).

I agree that those feathers should show a colour sheen - indeed this is sometimes common in nature's feathers, scales and fur - but then what our eyes see is a function of our brains - What / how we interpret the signals from the eye-sensor. So we cannot know if that is reality - indeed a camera is probably more-likely "right" - but that should exclude anything "digital" since pixel-sharpening software (etc) has Rules of their own.

12harry said:
the white, by the head is showing signs of blue, presumably UV getting in, or a tint from the sky, etc. . . whereas it should be grey ( ie white but not as bright as the patch of sunlight also present. ).
Click to expand...