The Shelly Dimmer for non-neutral wiring finally came out recently, has anyone on here used them yet?
S

I have one on order for testing, hopefully with me next week
D

Interested n your thoughts as well. I have Shelly 1’s and 2.5s currently.
S

I’m going to test them on their own, and with Fibaro and Hubitat controllers
D

The 1 and 2.5 work well with Homeseer. Normally if they work well on your 2 platforms they should be good with Homeseer. I may also grab one to try, but need to finish my review of the Ajax alarm system that they sent me first.
S

Arrived quicker than I thought

So far used the Shelly App to add the dimmer 2 went well and certainly better than my experiences with Sonoff.

Connected a retractive 2 way centre off switch and a LED dimmer, wired similarly to a Fibaro dimmer, this means i can control dimming and on/off either by the app, a scene or via the physical switch which I think is important.

Brief attempt at adding to Hubitat without success but thats probably my knowledge of Hubitat as only had the Hubitat evolution for a week.

Thanks for the update.

sbriggs said:
Connected a retractive 2 way centre off switch and a LED dimmer, wired similarly to a Fibaro dimmer, this means i can control dimming and on/off either by the app, a scene or via the physical switch which I think is important.
Click to expand...

Do you mean a 3 position switch, if so did you just wire SW1 to L1 and SW2 to L2? I haven't had chance to fit mine yet as I need to put in deeper back boxes too.

How are you finding the dimming, is it responsive when you hold the switch?

Yes 3 position centre off retractive . Ie one click up for on one click down for off . Hold for dimming or brightening

Just installed mine, decided to go with a spacer for now rather than deepening the back boxes.

Responsiveness is perfect, bearing in mind I currently have Lightwave switches which take 3 seconds to react to a button press, Shelly is almost instant!
S

Are you using it with a 3 position retractive switch ? 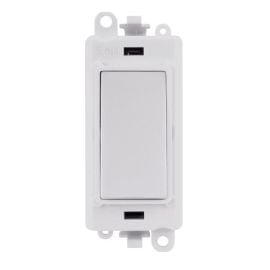 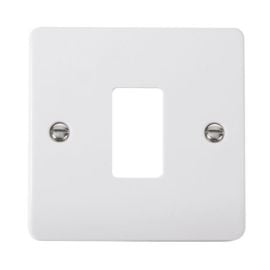 I'm surprised there's no maximum level you can set for dimming, hopefully they'll add that in future.
S

Similar to my test rig then, I’m using varilight but exactly the same grid based system

I'd be interested to know how that works with 3-pos switches, i'll need to do the same when I get around to the hallway/landing. For now i'm just doing the rest of the single switches so I can finally see the back of those useless Lightwave switches!
S

If anything like Fibaro its very straightforward as wired in parallel, fingers crossed!!

We have created some guides for Fibaro wiring, so hope to do the same for Shelly

This is the one for the Fibaro dimmer Ah, I was thinking you'd need a Shelly at each switch. So will that need an extra wire between switches compared to a standard light switch?
S

for 2 way with 3 position yes it will need 3 wires.

For 2 way when only two wires in place you maybe better using toggle switches, though maybe you could use a 3 position at one end and a toggle at other position

sbriggs said:
If anything like Fibaro its very straightforward as wired in parallel, fingers crossed!!

We have created some guides for Fibaro wiring, so hope to do the same for Shelly

This is the one for the Fibaro dimmer

EDIT : That method does works fine ( i forgot to change the switch type in the app Just realised I had mine set to leading edge dimming, set to trailing now and re-calibrated and they seem even better, and brighter! Really need that max setting, I switched to 10.5W bulbs to avoid needing the bypass and only need them at 60% max

These work well and seem good value for money if it helps anyone
Amazon productAmazon product
Last edited: Aug 18, 2020

This looks interesting, I wonder which rotary switches are compatible

Those 10.5 w bulbs are a good idea, as they will save a lot of complaints about dimming
S

dave77 said:
This looks interesting, I wonder which rotary switches are compatible

Even more interesting, ive just updated the firmware and the rotary switch option has disappeared
You must log in or register to reply here.

Shelly 1L and smart bulbs with a retractive switch problem
2