Went to Devon early April. Stayed in a place called Braunton. This was taken on a beach just up the road called Saunton Sands. 3 exposures HDR then converted to Duotone. A bit off dodge and burn. 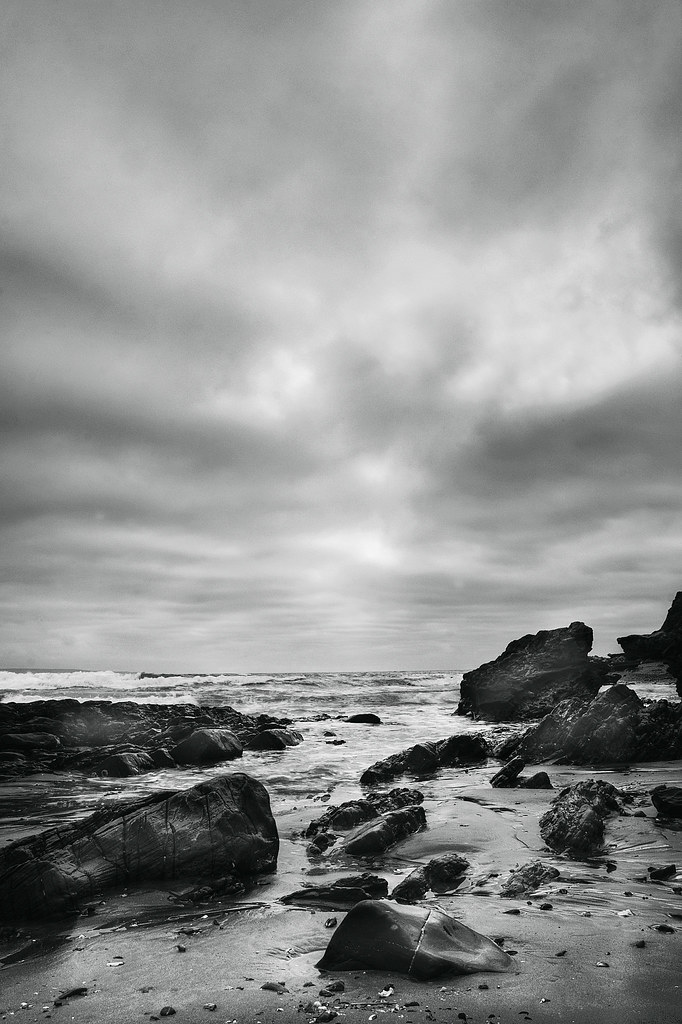 The bottom part of the photo is very good, however I think there is too much of the clouds & these clouds are not very interesting. So I think I would crop.
O
C

However like D2V2D said maybe alittle too much sky?
Ramblings of a madman

I know this area quite well, and when I saw the title Saunton Sands I expected a vast wide open sandscape image, maybe with some dunes in.
J

I think the sky is okay, the picture size is slightly bigger than my web browser, but once I downloaded it and view it as full screen, it looked alright

One small nit-pick: since HDR applied to the picture, I guess it would looked even better in colour, like this one:

I like that colour shot,love the blue hue,good dramatic snap.

I know this area quite well, and when I saw the title Saunton Sands I expected a vast wide open sandscape image, maybe with some dunes in.
Click to expand...

There more to come from here. This was taken on the right hand side off the beach.

Was under a bit off pressure here as well, had just driven for 4 1/2 hrs, unpacked the luggages in the cottage we stayed in, then decided to take everyone to the nearest beach. Wife was moaning it was to windy, while my daughter and niece were having a great time with there wellies,
" look at me dad, look at me uncle Frank"
While I was trying to get a picture.

A few off you have said about the uninteresting sky. Sky was very gray and wasn't doing a lot, thing I was worried about was losing detail in the rocks, seeing I was sort off shooting towards the sun.

kiddie said:
One small nit-pick: since HDR applied to the picture, I guess it would looked even better in colour, like this one:
Click to expand...

Depends on your love of extreme HDR, to me this one is waaaaay overprocessed whilst the OP's shot looks reasonably natural.
Samsung Galaxy S3
Flickr Blog

This photograph is driving me nuts, i have just spent half an hour looking for the duck
Okay i give up Holow, where is the ruddy duck

Oh, nice photograph by the way
You aint no spring chicken bruv
V

Quite simply franky boy...one of the best shots ive seen from you and youve done a few nice ones.

Love everything about it
V

bodoman said:
This photograph is driving me nuts, i have just spent half an hour looking for the duck
Okay i give up Holow, where is the ruddy duck

Oh, nice photograph by the way
Click to expand...

Great shot, love the smoothness of the rocks etc.

Also nice to see the sea looking like sea for a change, rather than a milky pond. Not that I don't like 'Milky Ponds', it's just it's a nice change
flickr
P


Thanks all for all the great comments, wasn't expecting this. Especially as this was my first shot off 4 days in Devon.

kiddie I am not one for making my HDR looking like HDR if you know what I mean. I try not to over cook them.


bodoman said:
This photograph is driving me nuts, i have just spent half an hour looking for the duck
Okay i give up Holow, where is the ruddy duck

Oh, nice photograph by the way
Click to expand...

Who do you think was on remote duty, while I held down the tripod in the wind.


One thing I have started doing is set the bracketing up, then the timer, then fire the camera with the remote. Seems to work for me. This way the camera takes 3 exposures one after the other.


vulkan75 said:
Quite simply franky boy...one of the best shots ive seen from you and youve done a few nice ones.

Thanks a lot for that Alex, you may to blame in a way. Looking at yours, Liquid's and Ally's pictures and some others, especially at the composition off then has really helped me.


Peakoverload said:
Nice shot, I don't mind the sky in fact my only criticism of it is that the four main rocks on either side have either been dodged and the brush size is very visible or this is a result of the HDR. Either way the end result looks like bits of cloud over the rocks.
Click to expand...

That was me with the dodged brush, I tried to bring a bit off detail out on them rocks, but maybe I should off left allow.

I really like that shot of yours. Maybe a slight crop would help, but not much needed. Like someone else said, I'd love to see it in colour. The best bit for me is the light reflecting of the rock in the foreground in the middle - just a really nice subtle shine.

I'm not a big fan of the heavily processed HDR's but your conversion looks nicely balanced.


Another one from Saunton Sands.

This one was taken on the way home, I took the coast road and park the car, everyone else stayed in the car because it was to windy. So I carried on set up the tripod and f liters. I took 4 sets of 3 exposures using diffent combination of filiters. Got one problem now, I can't remember which combination this is

HDR 3 exposures, then converted to B&W using a plug in called Powertouche Black and white studio. Then converted it to a duotone, using the colours Black and PANTONE 424 CVC( which is a grey).

Then an overall level and curves but I also done a lot of selective level and curves.Then a little bit of dodge and burn. I then only sharpen the land and sea part of the picture. 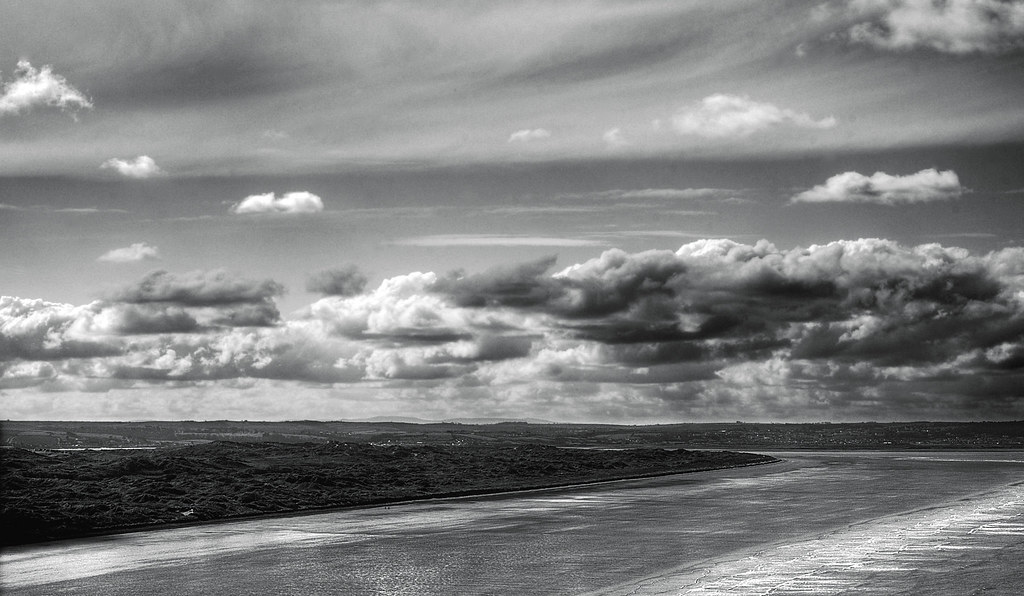 I may do a colour version as well. Out off the 4 sets I took have deleted two so may do the other set in colour.

AVForums Sponsor
Well I like it and I like the Sky. My only nitpick is that I think the horizon is off. The land looks level but as you can see the sea I don't think it is. THIS is a comment on first shot not the one above
ISF Calibration since 2001
Lumagen Expert _ Ultimate Video Quality
***B-STOCK! Radiance Pro's plus trade in AV KIT. just in**
My Holiday Message to Forum Members

Second one's a great shot, well worth the effort in the wind

Personally I'm not too keen on the multi-coloured HDR shots but I think the process brings out the best in B&W.

Decided to do a colour version in the end. Only thing is this is 3 different exposures. 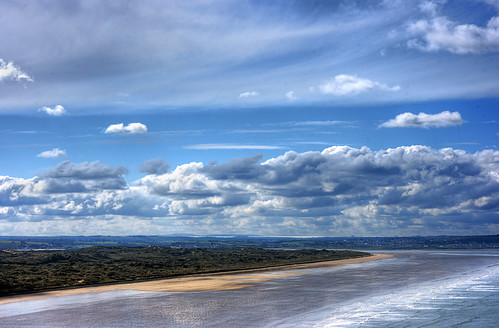 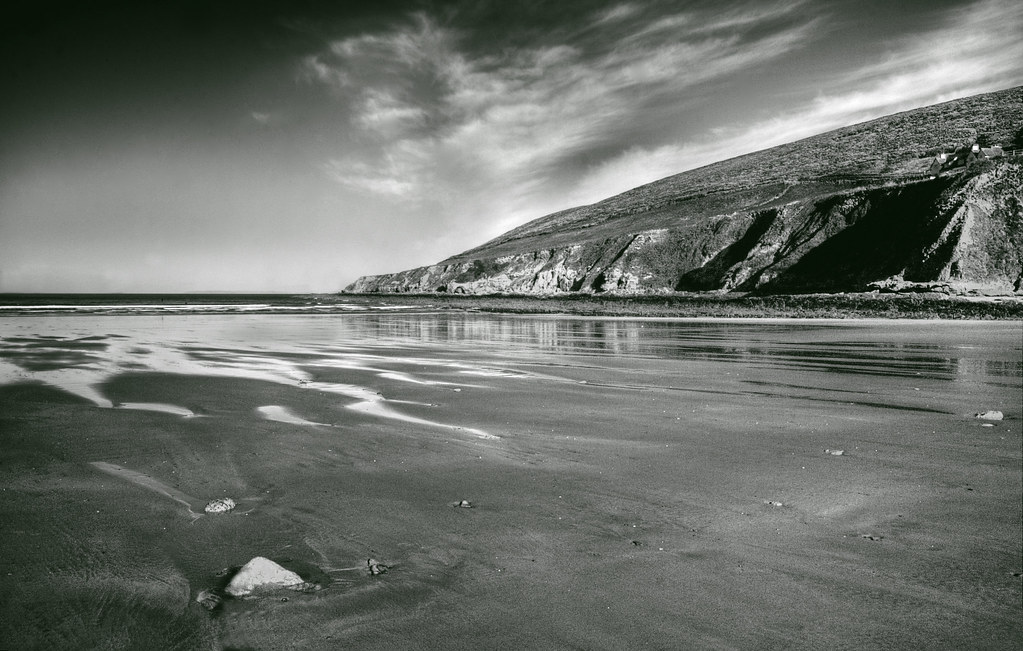 Trip to Scotland - The Highlands & Skye
2