My Dads 16 year old hifi has finally given up , having not bought one of these since 90s I have no idea what to get. Had a quick look and have no idea of the brands quality so looking for some pointers please. He has no use for bluetooth just a retro stack with turntable , cd player minimum, tape deck and radio if poss.
Arcam FMJ DV 139 , Arcam Avr300, Samsung UBD-K8500 4K Ultra HD Blu-ray , Arcam P80 , Monitor Audio S8's Silver Centre and Sfx's and the Jewel in the Crown SVS Pc plus 20-39., Samsung KS7000 UE60KS7000

Or is it a completely new setup that's needed?

I’m assuming it was one of the all in one moulded plastics type hifis that we’re prolific in the 90s rather than a separate component for each job?
AVI Trios and Lyngdorf TDAi 1120.

For four hundred quid for a separates stack with all you need it would be necessary to buy used stuff.

The only way I can see to do it new for anywhere close to budget is with this offer from richer sounds. 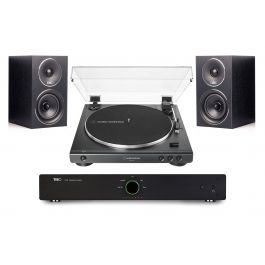 Featuring a USB output, the Audio Technica AT-LP60XUSB not only makes a quality player but also a great deck from which to archive your vinyl to computer.Famous Audio Technica sound qualityWorld famous for their illustrious heritage in vinyl replay, there

And add a used CD player; this or something similar. 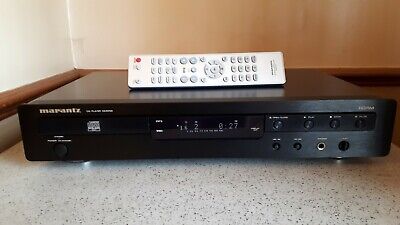 That would get the basics sorted, adding an inexpensive tuner would be next.

These are still as good as it gets for FM (assuming DAB is not required?) 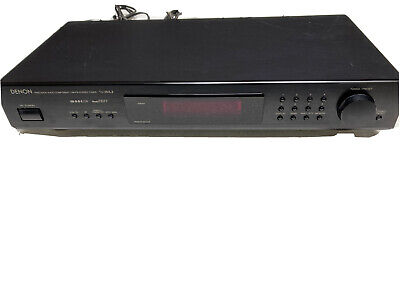 Cassette decks are something else these days.

Massively mechanical and all rather old. So something of a lottery.

I do seem to recall Yamahas decks were well built, but it’s a long ago memory.

This one seems solid from the description and a good price. 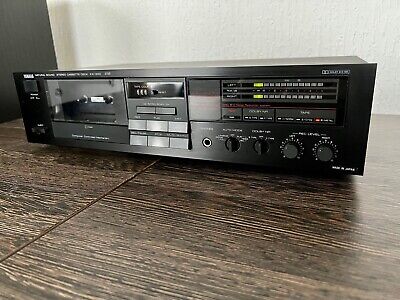 @newbie265 - Had a similar issue a few years back. If like my parents he’s not accustomed to changes your better off checking out the local charity shops Facebook marketplace and eBay for something of a similar age and design. You’ll simply not get a modern “stack system” 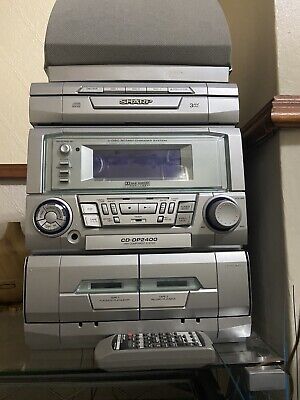 <p>Sharp Hifi system, Excellent Condition. Bought few years ago from new and only used few times. Was turned on today and all seems to be working fine. Still looks like brand new. </p><br /><p>Comes with the remote and aerial. </p><br /><p>Tracking number will be provided.</p>
www.ebay.co.uk

Sorry for delay , thanks all for your input, he is not bothered about tape deck , turntable, amp and Cd will be fine , ideally an input to run blu ray and tv sound through for his concert dvds, blu ray.
Radio is just an option not that bothered
Arcam FMJ DV 139 , Arcam Avr300, Samsung UBD-K8500 4K Ultra HD Blu-ray , Arcam P80 , Monitor Audio S8's Silver Centre and Sfx's and the Jewel in the Crown SVS Pc plus 20-39., Samsung KS7000 UE60KS7000
K

You can still find so called stacking systems as cheap (and probably dodgy) imports from the far east with brands you will have never heard of for under 400 an Amazon/Ebay but personally I would touch them with a barge pole.

For some decent and likely to function for more then five minutes and/or not sound awful, probably best off looking over bundles of receivers + speakers and/or mini systems from the like of Peter Tyson and others if after new, but you will likely have to stretch well over 400 for a complete new system by the time you add a turntable.

About the only combo of a mini system + TT that in this kind of price range (still quite a bit more by the time you add a TT) is probably Denon D‑M41DAB mini hifi system (CD, FM, DAB and an input I think). Add another 120-150 for a turntable from Audio Technica, Denon etc with a built in phono pre-amp. There may be similar mini systems from Yamaha, Marantz and others, but will still be same problem - need a separate turntable.

N
What flavour is your hifi?
2