Remake of The Wizard of Oz

Deadline reports that Warner Bros want Robert Zemeckis to remake The Wizard of Oz, i have no problem with the director. They want to use the original script, did they do that with the Psycho remake...that did not turn out so well. I have no problem watching Oz it to compare it to the charming 1939 version that i love.

"Warner Bros is in early talks with Robert Zemeckis to direct a live-action remake of the The Wizard of Oz and plans to use the original script from the 1939 classic. Warner Bros owns the screenplay because Ted Turner bought it along with the MGM library before Warner Bros bought Turner's empire...Whenever you remake a revered Hollywood film, there's bound to be controversy, but going right to the original material is certainly an interesting approach."
Click to expand...

I'm more interested in Disney's take on Oz which they plan to do.

They definitely read AV Forums! I made the same suggestion in the "surprised it hasn't been remade" thread a couple of weeks ago!!
We'll defuse bombs, walk marathons
And take on whatever, together.

Decadence said:
They definitely read AV Forums! I made the same suggestion in the "surprised it hasn't been remade" thread a couple of weeks ago!!
Click to expand...

I think it could be fun if they did several of L. Frank Baum's Oz books, staying close to the original illustrations the way Return to Oz did. Hollywood is always on the look out for another fantasy franchise based on popular books, so it would make sense making a film series. The Wizard of Oz was only the first in a long series of books taking place in that world. Being an MGM musical of it's time the Judy Garland film made a lot of changes to the book and the designs and was closer to the times Vaudeville tradition rather than to the tone of the novel.

The idea of using the original screenplay strikes me as very strange though.

Of course it has been remade a number of times already, at least 3 or 4 times that I can think of, the 1939 version itself being a remake (or perhaps re-adaptation may be more correct).

Todd Tomorrow said:
The idea of using the original screenplay strikes me as very strange though.
Click to expand...

Have the rights for the Wicked series been snapped up as film rights by a company or did they get held by the current producers .. Seems the musical market is so huge I'm suprised its that, thats not under dvelopment

pRot3us said:
Yes, I find this very strange too, if they're going to do it then going back to and re-adapting the source material would certainly make more sense.
Click to expand...

It's easier to just do the original script, take the songs out, get Jack Black to play the wizard or 'The Wiz' and add millions of cgi flying monkees. Cinema gold.

Robert Zemeckis's PR has said he is not connected to the film.

There's already has been a statement that Zemeckis was never involved, so god knows how much of this is true at all.

UPDATE!! THE WIZARD OF OZemeckis?? -- Ain't It Cool News: The best in movie, TV, DVD, and comic book news.

*edit* raigraphixs beat me to it

Todd Tomorrow said:
There's already has been a statement that Zemeckis was never involved, so god knows how much of this is true at all.

UPDATE!! THE WIZARD OF OZemeckis?? -- Ain't It Cool News: The best in movie, TV, DVD, and comic book news.

*edit* raigraphixs beat me to it
Click to expand...

im still looking forward to Raimi's version if it gets made - http://www.avforums.com/forums/movies-cinema/1272079-oz-great-powerful.html

Commander Shepard said:
Wonder if its going to get the 3D treatment, he did good 3D work in Christmas Carol
Click to expand...

Can't wait to see this!
Einstein famous for not being very good at math. Pincho, useless at math, making me a better Genius. Actually, I can do math. Einstein said E=MC² I say Energy In = Energy Out, accurate to a point not a square. Newton?, you wouldn't catch me sitting under a tree with apples dropping on my head.

Todd Tomorrow said:
"He" is not doing it.
Click to expand... 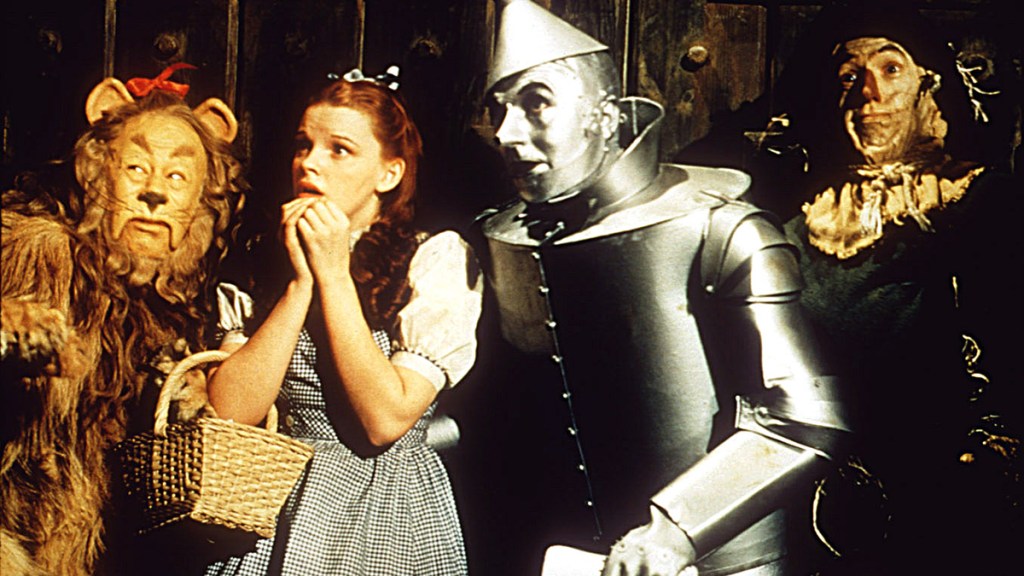 Hold on to your ruby red slippers and repave the yellow brick road: A “Wizard of Oz” remake is in the works at New Line Cinema. Nicole Kassell (“Watchmen”) is directing the …