Quad Artera Solus Play All in One System Review & Comments

Quad takes their quirky but talented all in one and adds some network audio smarts. Is it good enough to challenge for top honours?
Read the review.

Write your own review for Quad Artera Solus Play
There were too many of us, we had access to too much money, too much equipment, and little by little we went insane.

Play-fi does not do gapless, bizarre in this day and age - but it still rates a 9??

This is too confusing now!
D

Having bought the original Artera Solus based on Ed's glowing review, I can confirm that it is a very fine sounding device indeed.

I've partnered it with a pair of PMC Twenty5.21's as a kitchen system and I probably listen to more music using it than my main Hi-Fi system.
M

No one's quite got there yet with the perfect all-in-one but give me all of the following and I'll be first in the queue :-
I guess a mix of the best bits of the Atom/M10/1120 would be just the job but, as yet, I'm still waiting ...

mseve1 said:
No one's quite got there yet with the perfect all-in-one but give me all of the following and I'll be first in the queue :-
I guess a mix of the best bits of the Atom/M10/1120 would be just the job but, as yet, I'm still waiting ...
Click to expand...

I can do without the screen as I'll be looking at an app anyway. For me it comes down to sound quality + room correct and a good headphone output. I've a feeling the Atom would win on basic SQ, but having used Dirac before, I'd really like the room correction option.

Now if only Naim and Lyngdorf would get together...

NAD M33 got a glowing review (Dirac room correction and a volume knob!)

I'd love to see a head-to-head sound quality comparison of all these compact units selling around £2000. I know it's subjective, room dependent and speaker dependent etc. but that would be a very interesting and useful article.

Many of these units have received glowing five star reviews, but few reviews have compared pure sound quality of multiple competitors. It would of course be ideal to demo them all at a store, but does anyone actually stock the Atom, Lyngdorf 1120, NAD, Quad and Arcam?!

No gapless = no thank you.
L

McRibbons said:
No gapless = no thank you.
Click to expand...

larkone said:
I sincerely hope this forum is not falling into the WhatHiFi quality of reviews.
Click to expand...

@deantown Agreed but you expect reviews to tell you the truth about any downsides in a device, not having gapless is a big omission and not stating that in a review is misleading people when all the Cons listed are:

Not having a core feature for streaming gapless music is not 'slightly quirky'. Software is a key feature of these devices but it is still not being reviewed as being a key feature and scored appropriately based on its functionality. If you bought a laptop that did not feature any ability to print would you justify it as 'slightly quirky' and mark it 9/10 overall?

Question - Should kit reviews have a separate rating for their apps?

As more and more kit relies on an app to control it I am proposing that kit reviews should take this into account and have a rating on the quality of the app. A piece of hardware should not get a 9 out of 10 if the app is an unfinished, unstable nightmare that so many are. The...

This is a professional review, therefore the consumers of said review should reasonably expect a thorough and balanced opinion of the product. But the omission of the fact it does not have gapless playback is a glaring failure.

It is a product I was interested in personally. It’s reported sound quality sparked my interest. I shall now focus on the non-streaming Solus paired with a decent streamer.
L

@Ed Selley Would be helpful if you could comment on why the functionality of the software that controls devices such as this does not warrant a critical review and marking accordingly. On the surface it just doesn't make sense so if there is genuine reason not to do it it would be helpful to know.
____________________________
Warning - reading manuals reduces male virility

I've reviewed at least four PlayFi devices here and possibly more and each time, I've devoted longer to talking about the OS than any rival with the exception of Roon that got a complete review of its own.

As of now (September 2020), using PlayFi in the critical listening mode is sufficiently close to gapless that it will do for most listeners. Now, you'll need to pay attention to 'most,' it's an important, structural word here. If you listen exclusively to segued material, it might not be sufficient but in any other case, it probably is.

In use, PlayFi is now, in many respects less of an irritant to use than BluOS which remains tied to an annoying queue system that- personally- I find much more of a bugbear than any gap. Of course, BluOS is gapless so if that's more important to you pays your money and takes your choice. Naim's OS is better than either but ties you exclusively into their product range for which you'll need to budget accordingly. Neither of those OS can get within a mile of the whole house options that PlayFi offers thanks to cross company support. It's almost... like in the context of these reviews, I'm invited to consider the wider context of the product beyond a single feature and make findings based on that. If you are embarking on the migration from a CD collection to a streaming one, the Quad has functionality that is going to matter to would be owners a great deal more than what happens between tracks. It would cost another £1,900 to choose a Uniti Star (which can also play CD) for example.

Ultimately, if you want the best O/S out there, you should pay for Roon and choose decoding to suit. It's not even a close run thing either. However, since I can't have a Francis Fukuyama moment and declare the end of streaming as a result, we're going to keep looking at other devices. Scoring will always be based on a full matrix of performance, build and functionality and I'm entirely sure that at times, people are going to vigorously disagree with it.
There were too many of us, we had access to too much money, too much equipment, and little by little we went insane.

Thanks Ed. Whilst your response is comprehensive it does not align with the way Avforums reviews devices such as TVs. There you do review the individual devices software functionality and in the past have stated that omissions, faults and failures have been reported back to manufactures in order to get them to fix the issues. This does not seem to happen with software audio devices in the same way. Reviews guide peoples buying decisions and open honesty about the failings of software are key to supporting that decision. Gapless is a perfect example and it not working on a device would be a non-starter for many - providing they have the knowledge, reviews that omit failings lack validity.
Last edited: Sep 5, 2020
____________________________
Warning - reading manuals reduces male virility

I had to look up 'gapless' to see what it is.
Gapless playback is the uninterrupted playback of consecutive audio tracks, such that relative time distances in the original audio source are preserved over track boundaries on playback.
Still as clear as mud to me.
M

@bogart99 - just think of an LP or CD album which consists of several 'tracks' but where each of the tracks seemlessly segues into the next i.e. the music is continuous without any gaps or periods of silence between consecutive songs or movements. Gapless playback of such an album preserves the continuity of the music such that there are no audible interruptions between the adjacent tracks. Unfortunately, there are still several devices which do not support gapless playback and insert audible silences between tracks which many, myself included, find unacceptable.

Can I ask how long these inserted audible silences are?
M

bogart99 said:
Can I ask how long these inserted audible silences are?
Click to expand...

Depends on the device but anything up to a second I guess. Even just a few 10s of milliseconds can be irritating though.

I find that starnge because if I listen to an LP or CD there is always a lull between one track and the next. Are people that irritable that they cannot hang on for a second or am I missing something obvious here?
M

bogart99 said:
I find that starnge because if I listen to an LP or CD there is always a lull between one track and the next.
Click to expand...

DSOTM was the first continuous LP I had. Not sure if I've had any others.
L

bogart99 said:
I find that starnge because if I listen to an LP or CD there is always a lull between one track and the next. Are people that irritable that they cannot hang on for a second or am I missing something obvious here?
Click to expand...

It bothers those that like the music as an uninterrupted stream as the composer(s) originally intended. Vinyl and CD are naturally gapless, the issue arises when streaming. 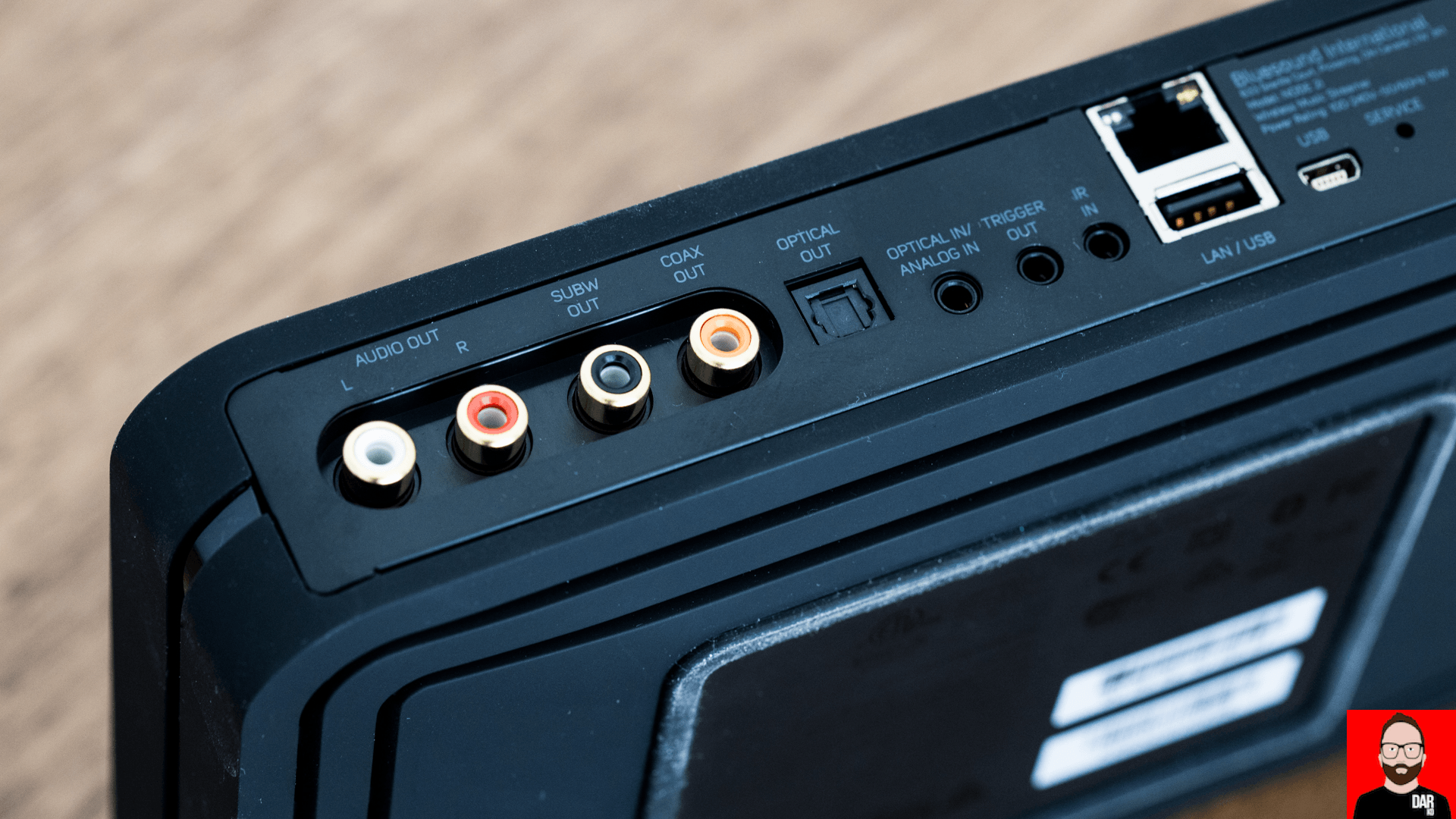 What is gapless playback? | Darko.Audio

And why does it matter?

T+A Caruso R All in One System Review & Comments

HiFi Rose RS201E All in One Streaming System Review & Comments