Question Q acoustics 3050i vs Teufel

I'm helping my dear mother shop around for a good price/performance ratio home cinema setup. We already have a decent sub and denon 2600 AV receiver, and a couple of upfiring atmos speakers. We now just need a pair of floorstanding speakers, center, and a rear pair.
Having bought Q acoustics 5.1 set 10 years ago for my own setup, this was my goto choice, given that i only paid about £600 back in 2010 and to this day i'm still happy with the performance (although i'd probably swap out the front bookshelf pair for a couple of floorstanding ones if i were to do it again now).

The trouble is over in switzerland Q acoustics are almost double the price. She's willing to spend the money given that these speakers will last a decade or more, but at the same time if there are speakers available that do roughly the same job for half the price, then obviously i'd recommend those.
One such set that's popular in Germany is a brand called Teufel, so i was comparing the specs to try and determine if the Teufel speakers are actually up to standard or not.

If i focus on just the floor standing speakers:

Being unable to hear both, my instinct is to go with Q acoustics: known brand, personal experience of their quality/reliability, tons of stellar reviews etc.
The reviews i have found of Teufel are few and far between, mostly german/dutch review sites via google translate, all positive and saying they are great performance for the price.

The receiver for each front channel outputs 95w for the 20-20000hz range.
Given the specs above, here are my conclusions (after about 2 hours of reading up on speaker specs, so yes i am a noob):

- Q acoustics is more efficient/louder for a given wattage (sensitivity is better)
- Teufel has higher peak, so more headroom for the amp to drive higher volume without distortion
- Q acoustics doesn't list the continuous wattage but presumably its somewhere in the middle of the 50-165w range, then its about the same as Teufel
- about the same size speakers
- Teufel doesn't list the limits of its frequency response, so they could be crap at high or low frequencies...
- I'd still rather go with Q acoustics!

We definitely don't need anything more powerful so really its about trying to work out which has the best performance/price ratio.

Do you guys have anything else to add? How would you decide?

Teufel should make quality products, the company has built speakers since 80s. They have many THX speaker ranges for cinema systems.

If you have decent sub you don`t "need" floorstanders. But i assume your decent means probably some cheap market sub still. You aren`t driving the towers full range on your movie system as subwoofer will take care that ~20-80hz range much more effectively with larger (10-12") driver and own amp. You can buy example QA 3020i / 3030i lot cheaper, but you need some cheap 600mm tall stands for them, maybe used ones. Just check top plate size vs. speaker width/depth. Retail price 400€/pair for 3030i vs. 800€/pair for QA 3050i. This is QA distributor for Switzerland.

Can you link few hifi shops to see what other brands you have available there?

How large room you have?
H

the only other brand that seems to be sub 2000fr for a speaker set appears to be DALI, which also seem to stack up well against Q acoustic, but don't know if that warrants the extra price.
Room size isn't an issue, we don't place the sofa 1 mile away from the TV - the size of the room itself is large, its an open plan apartment, but the sofa is maybe 2-2.5metres away.

the only other brand that seems to be sub 2000fr for a speaker set appears to be DALI, which also seem to stack up well against Q acoustic, but don't know if that warrants the extra price.
Room size isn't an issue, we don't place the sofa 1 mile away from the TV - the size of the room itself is large, its an open plan apartment, but the sofa is maybe 2-2.5metres away.
Click to expand...

With QA you would know what you are getting. Neutral, non fatiguing sound. Although not sure are you going to be listening this system as you mentioned mother. Example Dali is quite a lot brighter which many loves, they also throw this airy wide soundstage which i liked when i heard them. So it can be seen as bit more livelier option perhaps. I think the Oberon range should be great option if you are in to that type of sound. Only way to know would be to go with mom to local hifi shop and listen the main speakers (2-3 brands) or buy blind and hope for the best. I can say what i like, but that might not apply to you.. QA has small center channel, the Dali is good bit larger. Is this going to cause issues then. QA has rounded cabinets and putting upfiring speakers on top of them will look bit goofy cause they are boxy. One member had Teufel upfiring speakers on top of them and later regretted not going for normal boxier type speakers.

From experience i can recommend Monitor Audio Bronze range. Either the older or the new one. The Bronze 6 is larger similar size to QA 3050i, where as Bronze 200 and Oberon 5 are smaller/slimmer models. You can also pick cheaper model for surround sides to lower the total price.

If intrested read these to get some idea: 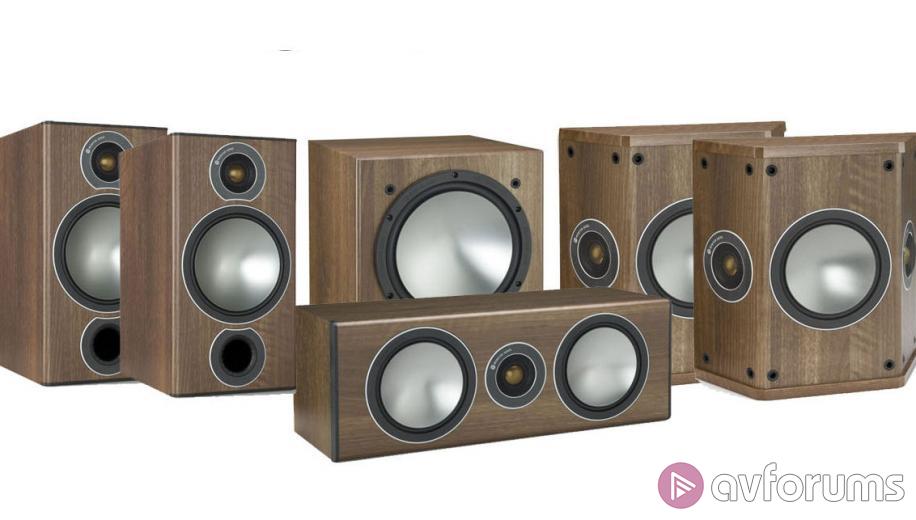 With a dedicated pair of surround speakers, is the Monitor Audio Bronze the most affordable cinema package on the market? 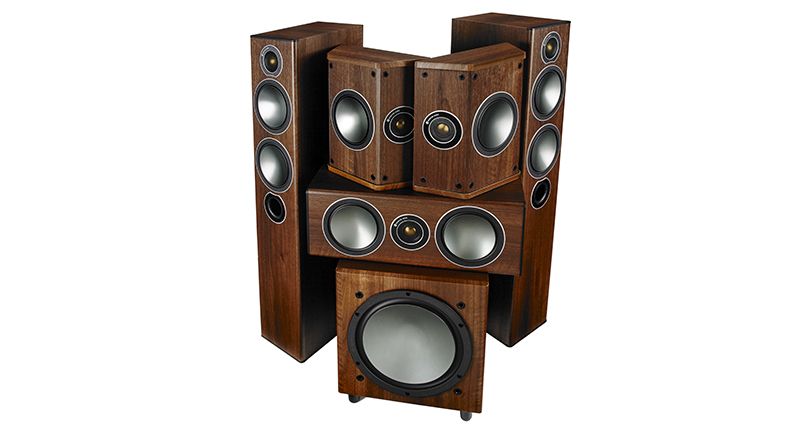 Product of the Year, Awards 2016. Monitor Audio's Bronze range is back, with a brilliant surround sound speaker package...

I live in France, where it can be difficult to buy hi fI kit at sensible prices. I recently bought a set of Q Accoustics 3050s from a German company

www.media-seller.de
their prices were ok, and they ship all over Europe. I am very pleased with the speakers, too.
I hope this helps.
You must log in or register to reply here.

F
OPINION ON Q ACOUSTICS 3050i