I have a Pro-ject Debut Pro with the european Pick-It Pro stylus installed. It's fantastic, but I am having a few issues at the very start of records.

The Pick-it Pro stylus is tracking weighted to 2 grams, as per the instructions, with the anti-skate weight set to the second notch.

When I lower the stylus onto the edge/start of a record it very often jumps a little and skips a second or two at the beginning of the music. Lowering the stylus more carefully (manually) helps, but the tonearm lever itself when allowed to lower tends to skip.

I tried increasing the tracking weight of the stylus by 0.5g but this didn't help, and ended up putting it back to recommended 2g. I have read various takes online for other turntables, with a lot of quite specific answers as to why this is happening, so I thought asking for a Pro-ject Debut Pro would be the best.

Try checking your turntable is completely level in all directions, using a spirit level.

Mine was at a slight angle and it caused my stylus to fly across the first few grooves until I realised!

Hi mate, I've just bought one of these TT's also, I had a few setting up issues TBH so I will try to give you a heads up with this deck.
First thing to bare in mind is that it is quite common for this to happen at the start of some LP's, the "lead in groove" pulls the stylus into the first track and sometimes it can jump a little, it doesn't necessarily mean there is a fault with the deck. I personally don't like it doing this so drop the arm a little further in now.
As jonno73 points out make sure the deck is completely level to start with, I used a small spirit level.
Second thing is, the anti skate loop is supposed to be on the end groove, the one farthest away from you (not the middle one as with other Project decks) unfortunately mine kept jumping off the end groove so I left it on the middle one (takes a few weeks to settle in the groove properly) this doesn't seem to really make any difference TBH in sound quality or tracking ability, some record decks don't even use ANY anti skate.
The last and most important thing I will warn you about is the arm lift, some half asleep twit at the Project factory is not setting them up properly. When playing a record - look at the space between the bottom of the arm (at the back) and the top of the rubber lifter, mine was set up wrong so that when playing a record the stylus was not sitting in the groove properly even with the arm lift down, the arm lift was actually touching on the bottom of the arm and I was getting terrible mistracking and sound distortion for weeks until I figured it out.
To correct this -there is a tiny black slot head screw on the top of the arm lift, move the arm about half way across the platter and have the arm lift in the UP position, slowly turn the little black screw clockwise about half a turn and you should see the arm lower a fraction and thus while playing a record the stylus will now lower into the record groove properly without interference from the arm lift mechanism.
NOTE: Only do this procedure if you do NOT see any gap between the arm lift rubber and the arm while playing a record, and be very careful, stylus are fragile and expensive to replace.

Lastly, as to the sound of this deck, I hated the sound of the Pick-IT Pro cartridge, I thought it sounded sterile and lifeless (almost mono) so upgraded it to the Audio Technica AT540ml, the sound I'm getting now is incredible, sweet, wide and full of life with loads of dynamics, no inner groove distortion at all, a cartridge/stylus upgrade really takes this deck to another level.
The simplest upgrade on this deck is to get a cork/rubber mat and an Ortofon Bronze stylus (skip the blue) but check with the manufacturer first to make sure it fits the Pick It Pro body, AFAIK it should.
Last edited: Feb 18, 2022
Panasonic HZ2000, Cambridge Audio CXU, Denon PMA1600NE, Elac DBR-62 Reference, Project Debut Pro TT+AT540ML Cambridge Minx Sub, Sony CD CDP- XB920E CD/Transport, Bluesound Node 2021,

Also if you don't already have one, get a digital stylus weight gauge, the project seesaw one is not very accurate.
Oh.. and don't play records with the turntable cover on, it sounds muddy and ill defined.

Here are Some simple but very effective upgrades to take the Debut Pro the next level. in stages. 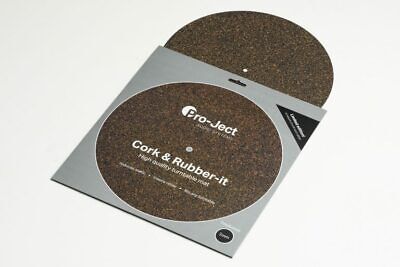 Find many great new & used options and get the best deals for Project Cork & Rubber-IT Record Mat - 1mm Thickness at the best online prices at eBay! Free delivery for many products!
www.ebay.co.uk 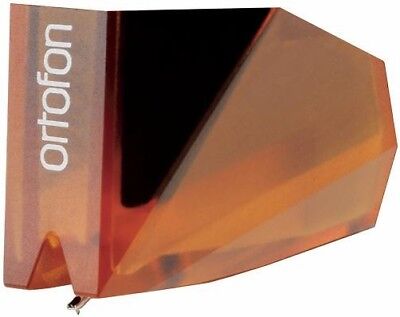 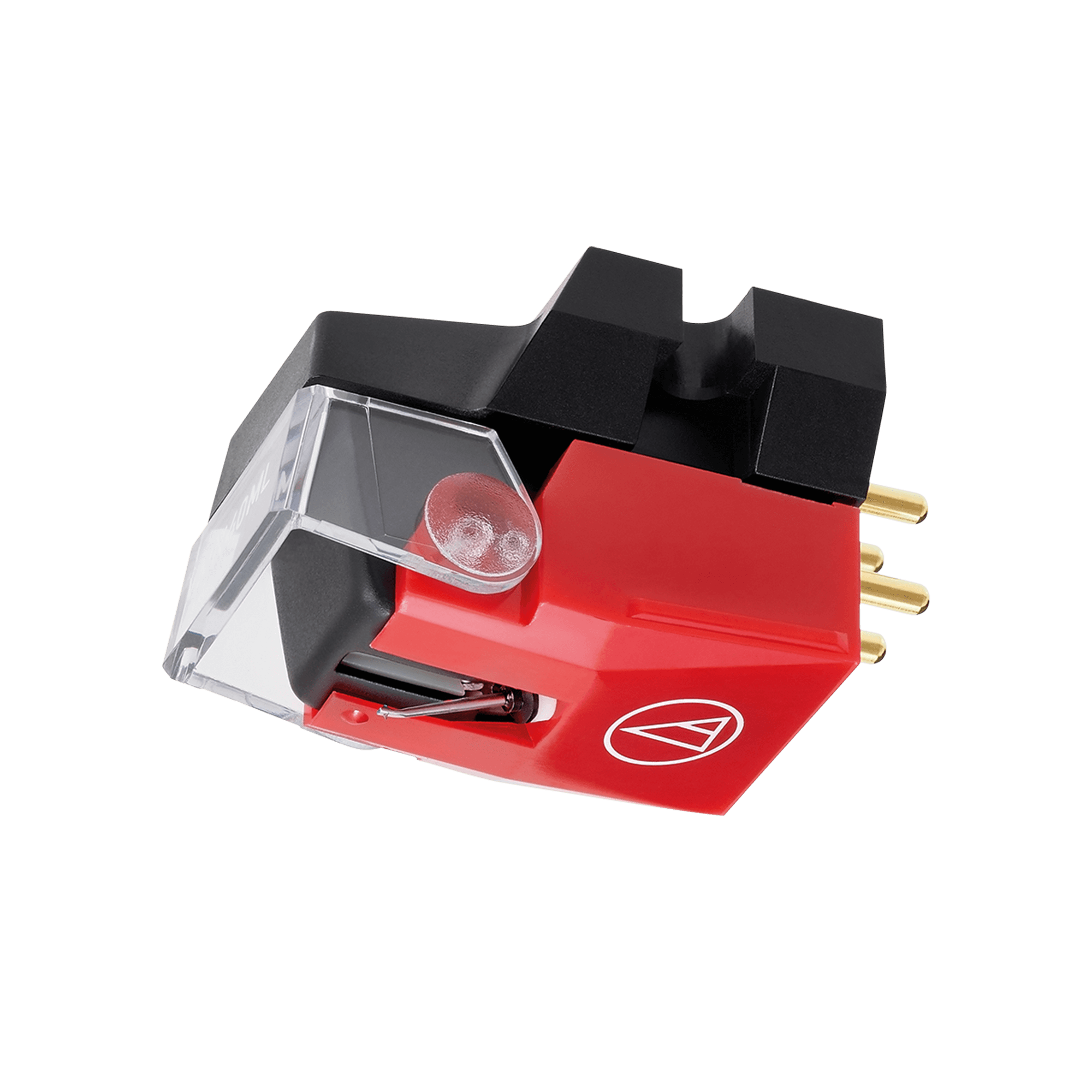 I had the same problem, if you adjust the arm lifting mechanism it sorts it out. It might be to high so needle isn't sitting in record groves.

Thanks for the advice.

Since originally having this problem I have upgraded to an Ortofon 2M Blue, and changed the tracking weight to 1.8G. I have also changed to a cork slip mat. Both these changes led me to raise the entire arm mechanism by a few mm, to accommodate the thicker mat. But I also noticed that the arm was not 100% flat upon receiving the turntable anyway. Couple this with the arm lifting mechanism also being slightly too high, and it's no wonder there is a little skating. I now have everything set, and have been putting the anti-skate weight on the 2nd, rather than recommended 3rd, groove.

All this combined seems to have solved most jumps at the start of records. But they still do exist occasionally.

I do love this turntable, but it is definitely not setup properly for beginners.

Turntables are finickity things at the best of times, but phew..... glad it is sorted now.

Glad you got it sorted out, I think all the finicky messing about is all part of owning a turntable to get the most out of it, and I actually like all that stuff, but yes you're right it's not for a beginner.
I was quite disappointed with the turntable at first but after a cartridge change and quite a bit of setting up and understanding the TT properly I think it's worth it, I purchased an iFi Zen phono as I wasn't too happy with the Denon phono input or the Musical Fidelity and Rega phono stages I tried before, it now sounds fab with the iFi Zen.
Only thing I would change about this TT is the the arm rest, I wish they had put put a cutaway in the inside so I didn't have to keep lifting the arm high to re-seat it after playing a record, a few times the arm has bumped into it and jumped out of my fingers, the Rega's and my old Technics have a better designed arm rest
Also, someone should definitely have a word with the assembers in the factory as a lot of these decks are coming out with the arm lifter set too high which stops it tracking the groove properly.
Panasonic HZ2000, Cambridge Audio CXU, Denon PMA1600NE, Elac DBR-62 Reference, Project Debut Pro TT+AT540ML Cambridge Minx Sub, Sony CD CDP- XB920E CD/Transport, Bluesound Node 2021,
You must log in or register to reply here.