The free app, which is exclusive to PS4 and available now from PlayStation Store, let’s you watch classic matches from the UEFA Champions League archives, play Fantasy Football and other mini-games, and compete for amazing prizes.

For a closer look at what’s included, check out the following video:


The app offers three games to enjoy – Fantasy Football, Top Five (coming soon) and Predictor – allowing you to compete against your friends and climb the PlayStation F.C. Leaderboards on PS4.

The points you earn playing these games are combined to give you an overall score on the PlayStation F.C. Leaderboard. As you earn more points, you’ll also be assigned an overall “UEFA Champions League Fan Level”, which can be improved as the season progresses. 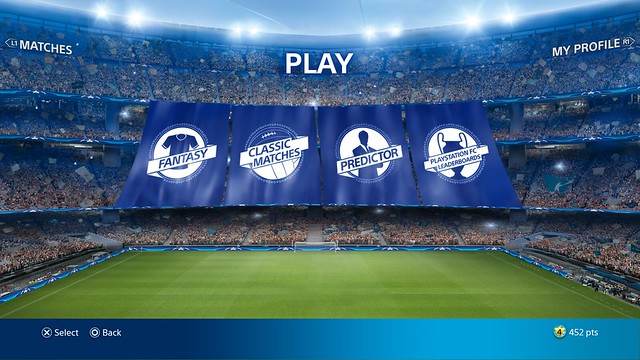 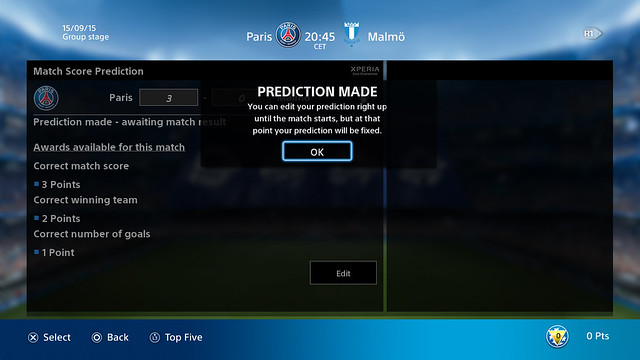 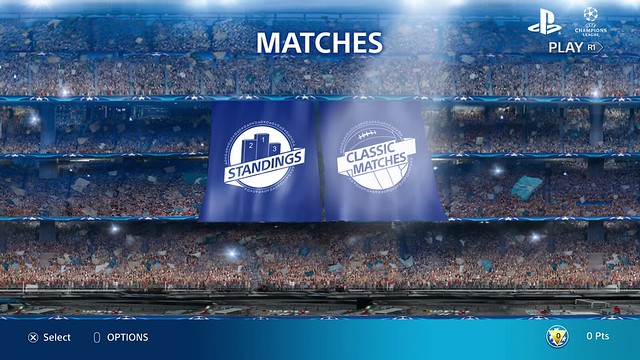 You’ll also have the chance to win prizes at certain points throughout the season**, including tickets to the UEFA Champions League Final Milan 2016. Take a look at what prizes are on offer.

PlayStation Plus members will also be able to relive some of the most memorable moments from the UEFA Champions League archives, with a number of Classic Matches available to watch via the in-app player.

A range of matches from past seasons will be available at different times throughout the season, in 5 and 20 minute edits. The following Classic Matches are in the app to watch from today: 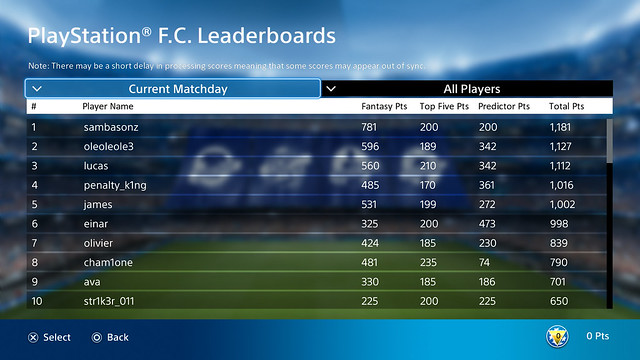 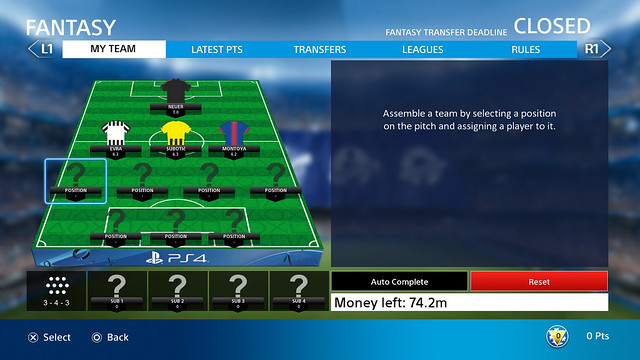 You can also keep an eye on the latest group standings within the app as matches are played out.

And the above is just the start. We’re planning to add more updates to the app throughout the season, so keep checking back on here and in the app for more news.

Download the app now to get started with selecting your Fantasy Football team and making your predictions for this week’s matches. Just remember to make your choices with enough time before the matches kick-off.

For further tips check out our full guide

*You must be over 18 years-old to download this app. It is only available in the following languages: English, French, German, Italian, Portuguese, Russian and Spanish.

Give me a heads up on here first if joining. Cheers
YouTube: ChalkyWhyte | Twitch: ChalkyWhyte

Sounds quite good this!
You must log in or register to reply here.