I tried to narrow down the theme by thinking of various contrasts like rough and smooth, hard and soft, light and dark, etc - When an avacado popped into my head (this hobby really is bizarre sometimes!!)... and then I couldn't think of a reason not to do it!

So with a subject in mind the challenge became how to make it interesting (after all, it is a picture of an avacado!), and after playing about for a bit, from certain angles I thought it looked like some kind of other worldly object, and, well - here you go! 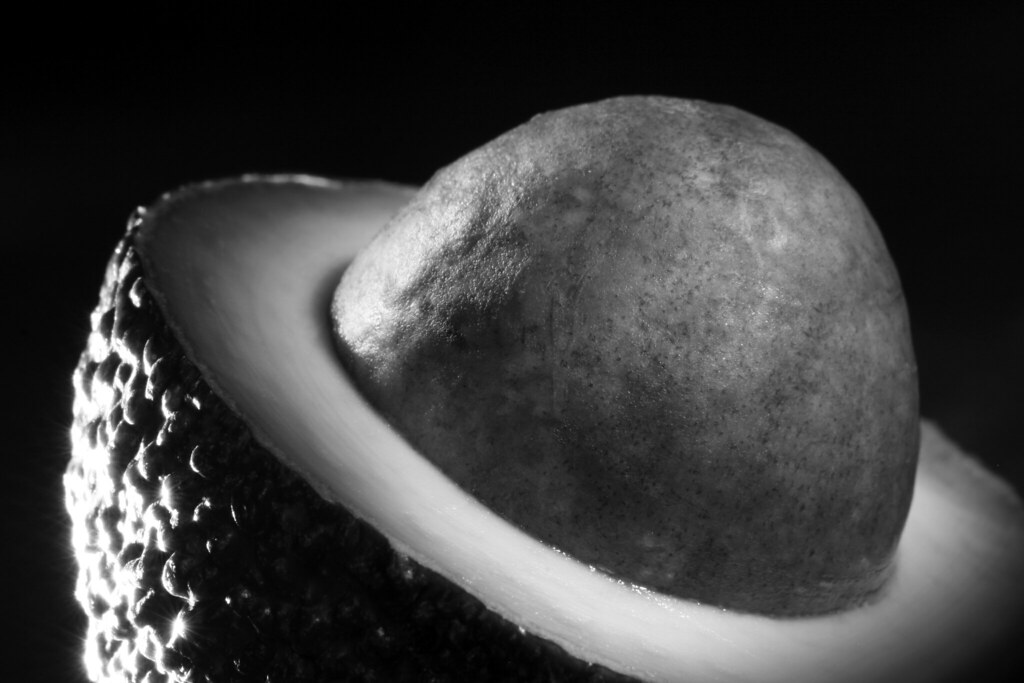 I followed a tutorial from last months Digital Photo magazine which encourages playing with different light sources and then merging into one image - this is actually 2 images, each one taken over 10 seconds and lit with a maglite hovered around near the subject, one from very close under the left side, and one from higher on the right. Then in PS simple use a large eraser down the middle to blend the two photos...

You can see the originals (and get the exif's) in my FlickR link, along with a few of the other attempts.

Very weird idea, but I lot of thought and effort has gone into it, and it works.

Nice idea and you've obviously put a lot of effort in. I quite like the fact it's simply an avocado but looks kind of alien.
Last edited: Jan 23, 2009
V

Looks like saturn...I think its uniquely abstract and of course contrasty..nice lighting

This is very good and I agree it does look like Saturn.
S

This is a great abstract shot, a lot of thought and effort has obviously been put into this.
Sony a-200
Clicky click for my flickr
Feel free to RIA any shots I post in these forums.

I can only echo what everyone else has said. This is a very striking image and is certainly on-theme. Nice one Nelson.
Otherwise known as Simon
AV Forums Photo Competition | My photos on flickr

I had originally decided on a similar shot using a peach, but I couldn't get the flesh to come away cleanly from the stone so gave up.
Dave
flickr

Y
Pre-Black Friday Deal on Samsung - take the plunge? Or wait on Sony...?

My Couch to 5K Journey