I've recently had my garden landscaped, and as part of the project I wanted to incorporate some subtle lighting to help extend the occasional nice day of weather the British summer brings us. I've never had much luck with solar lights, so I decided to go with Philips Hue as we'd used them throughout the house and found them to be a really nice piece of kit.

We had our sparky lay all of the relevant cables before all of the hard landscaping was done, and he returned on Friday to get everything connected and powered up. All seemed to be going according to plan, and then it wasn't. Now I don't know the intricacies of what happened, and I know very little about electricals, but I know at one point the power in the house was tripped as I was on a work call and my broadband disappeared.

Anyway, what we've got in the garden which is a corner plot and quarter-circular in shape in 4 Hue Lily's, a Hue Lightstrip and then a further 4 Hue Lily's. All were being run off the same power supply, however whilst apparently some of the lights did work initially, by the time I was summoned only the light strip was working. However, as soon as power was supplied to one of the Lily's, the light strip would go off - the Lily however would not turn on. In fact none of them would, even though power was clearly reaching them according to the tests that were done.

The plugs they came with were cut off in order to connect them to the cables had been laid, but I'm not sure this is the issue. Going through the relevant documentation with the sparky after the event (***), I read that a maximum of 5 lights should be connected to a single power supply, but we essentially had 9 looped together including the light strip. Could this have irreparably damaged the lights? I'm an absolute layman when it comes to these things but it seems a possibility to my untrained mind.

Naturally, I realise I should be looking to my sparky for the answers however despite having used him many times in the past and found him to be nothing more than competent, no answers were forthcoming. To the contrary, he was huffing and puffing and asking me - "what do you want me to do?". Erm, make my lights work mate. But we are where we are. He's happy to come back and take another look, however I'm just searching for some clues as to where things might be going wrong.

Each part on a separate circuit seems to be the answer , however whether damage has occurred is harder to tell . Best way to test is just wire them each separately and see if they work
W

Thanks for the reply. I've been doing some Googling and I found this: 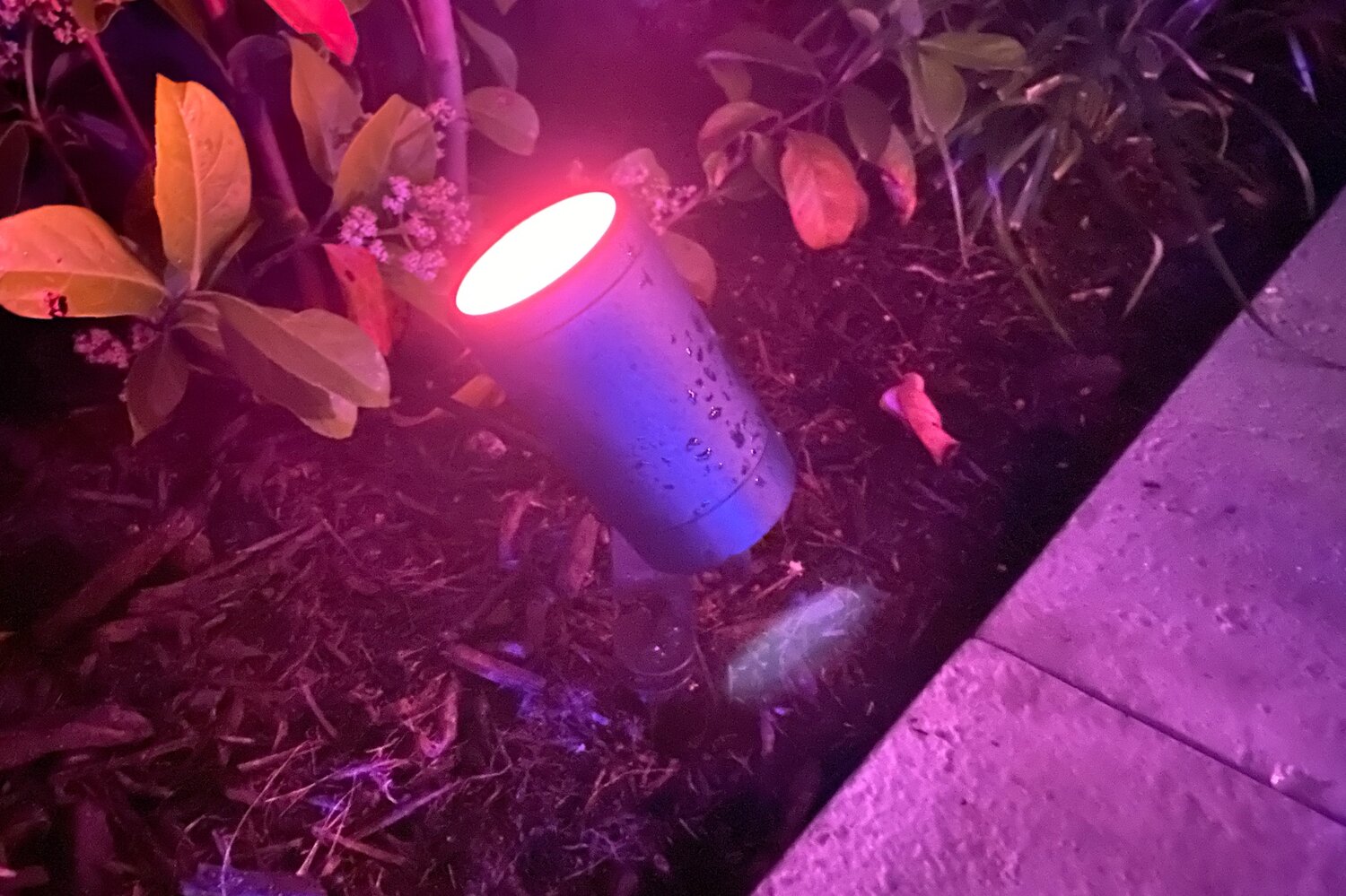 Philips offers a strong contender in the garden spotlight segment with this little smart light.


"The Lily Spotlight comes in two package versions, the base and the extension. To start, you’ll need at least a single base unit as that contains the power supply. You may only be able to find a starter pack which includes two extensions as well for a total of three spotlights. The extensions swap the power supply for a T connector to allow you to add multiple lights off the one cable run."​
​
I bought 8 individual lights rather than a pack, though the light strip did come with a transformer. As it stands, I don't have the "power supply" - could that be it? Or does the transformer that came with the light strip serve as that?

Apologies, this is probably very obvious to someone who knows what they are talking about. I do not.
S

It sounds like the electrician just run armoured cable and connected the low voltage Hue Lily Lights to the 240 volt circuit? That would no doubt destroy the internal mechanisms of the lights and probably caused the units to fail and ultimately trip the fuse.

I’m not sure why the electrician chopped the plugs off, but they are designed so that a user can’t connect low voltage to higher voltage systems.

Can you post a couple of pictures of the setup, think that will rapidly answer the questions. Ideally, where he jointed the Lily to the main cable and where the cable attaches to the wall.
You must log in or register to reply here.

T
Any experience with I LumoS LED strip lighting?