Ori And The Will of The Wisps (X1)

Looks wonderful, game of the show for me

tazmago said:
Looks wonderful, game of the show for me
Click to expand...

Yeah, me too. Unfortunately apart from Battlegrounds not much else from the Xbox showcase excited me.
Last edited: Jun 12, 2017

This is one of the few games I'll purchase as soon as I can.

Have they given any indication of when this is out? This year, next year at least?

Loving the look of this. Ori 1 was fantastic. Shame it's so far off. 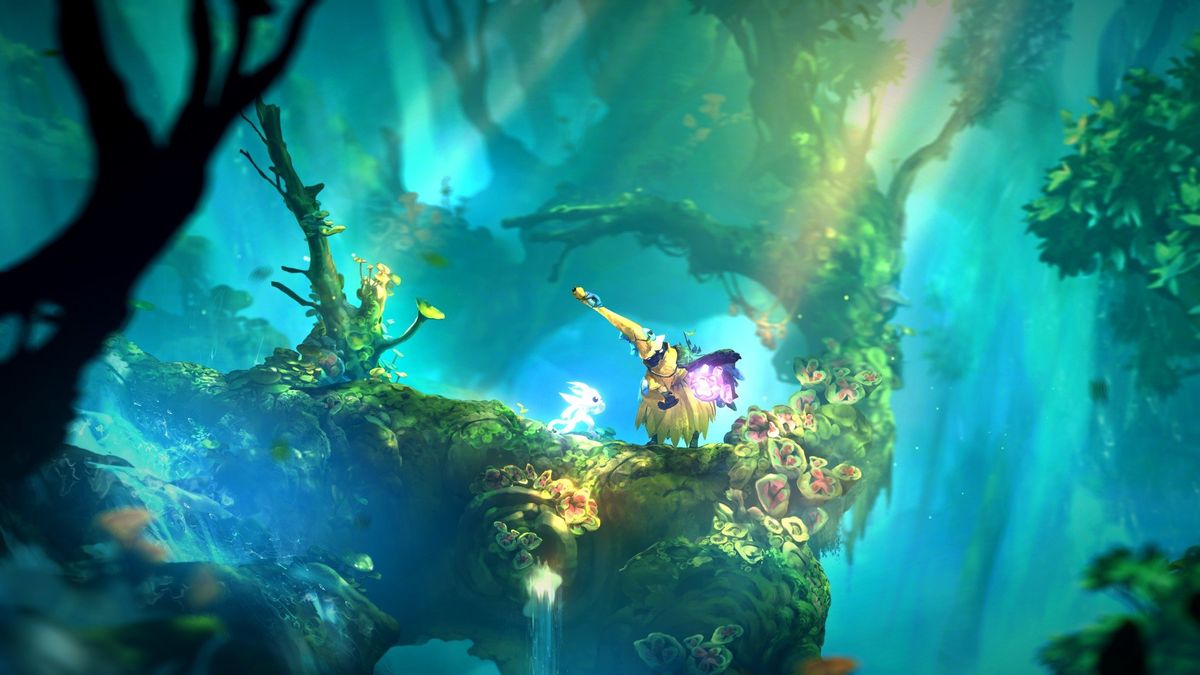 Ori and the Will of the Wisps goes up for preorder, pre-load on Xbox Game Pass

Ori looks better than ever.

Looks like loads of info and videos have dropped for this.

I hope the devs have included some decent HUD options in the game.

tazmago said:
I hope the devs have included some decent HUD options in the game.
Click to expand...

I appreciate the HUD is quite minimal, but why place it right in the middle of the screen at the bottom, it’s very eye catching. It would be nice to be able to move it somewhere else. Even better would be an option to remove it altogether (I think the PC version of the original had this), or the very least have a dynamic hud, that could appear only when encountering enemies, or with a simple button press. The last year I have been gaming HUD free when games allow it, and the emersion is so much better, I feel nowadays every new game should allow you to customise the HUD to some degree.

Surprised there not been that much chatter about this - looking forward to getting started later. Loved the original Ori and a lot of the reviews have said this is even better.

For those gaming in HDR what have you set Paperwhite too? default seemed a bit too dark but unsure how far I should push it.

Loving this game so far only about 3 hours in

Think I'm going to hold off playing this until they sort some of the performance issues out.

The original Ori was one of my favourite games of this generation but I'm struggling with this one, it's lost a lot of the simplicity that worked so well in the original one and I'm a bit lost with all these different upgrade options and weapons, all these different vendors all over the place plus finding it frustrating I have to choose between these options rather than just being able to have them all at once as in the original game. I did find the first Ori game frustrating to begin with but as you started to get upgrades it quickly became a lot better but now I have to choose between health, enemy damage etc.

What I'm also finding frustrating are the controls which I can't seem to work out how to remap, there's a reset key bindings option but nothing else I do on that screen seems to be make any difference. Having bash on the left bumper is a really bizarre choice and I want to move it back to the Y button as it was in the original game and use the left trigger for the arrow option.

Given how long the game has taken to come out I'm baffled how it's been released with performance problems especially as stutters severely disrupt the gameplay.
Knowledge is power, guard it well

Johnmcl7 said:
Given how long the game has taken to come out I'm baffled how it's been released with performance problems especially as stutters severely disrupt the gameplay.
Click to expand...

Yeah, that's a good point. Still, I'm enjoying the game a lot - more of the same really (not a bad thing given how good the original was/is). I'm playing on X which has perf issues but not too bad. The odd stutter here and there. I'm sure there have been dropped frames but I've not noticed too much.

I know what you mean about the upgrades and the spirit things you have a few slots for - not explained very well I don't think.
Gamertag: rowedav

XBox One - why does external hard drive keep spinning?

C
have i bought the wrong version of FIFA 23

Which version of Minecraft as a Christmas present?