I have recently bought a PS3 and want to use it to play online.

Just wondered what broadband speeds you guys use to access online gaming??? I don't want to suffer any lag!

I have 8MB ADSL BT Broadband, however it hardly ever goes about 2/2.5 Meg with a upload of about 350kb/s which I think is pretty terrible, shame Virgin are not in the area...

jinxyav said:
I have recently bought a PS3 and want to use it to play online.

Just wondered what broadband speeds you guys use to access online gaming??? I don't want to suffer any lag!

I have 8MB ADSL BT Broadband, however it hardly ever goes about 2/2.5 Meg with a upload of about 350kb/s which I think is pretty terrible, shame Virgin are not in the area...
Click to expand...

You'll be fine to go online . Unfortunately no matter how good you're internet connection is you cannot eliminate lag completely. There are so many deciding factors, such as server, other peoples connections etc etc
Massive clearout look here LINK
A

Good question, i get an even lower 1.5mbps so would be interested in responses to this. Although i seem to get a stable 45k on upload..

Axum said:
Good question, i get an even lower 1.5mbps so would be interested in responses to this. Although i seem to get a stable 45k on upload..

However i think you mean 35kb/s as 350 would equate to a download speed of around 2mb per second, which is very rapid indeed...
Click to expand... 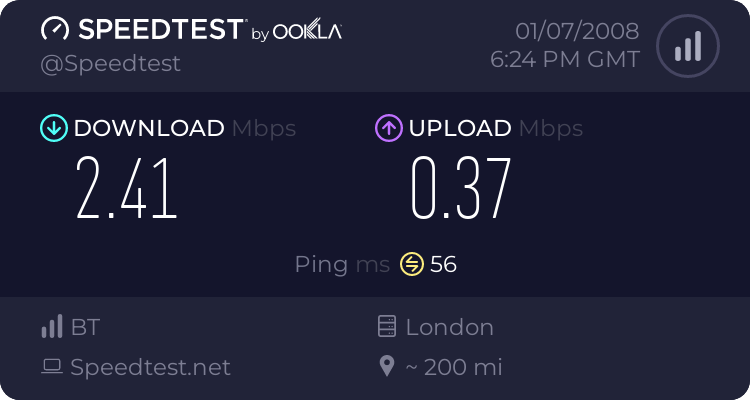 Pretty rubbish when you pay for 'upto' 8Mb... had 4Mb Virgin at my old address and it was faster!

Just to let you know that I'm getting 173kb/s upload speed(on a 8mb connection) and I play online without any problem, and with minimal lag. You'll be fine.
Massive clearout look here LINK
A

Ahh ok, so that's listing kilobits rather than kilobytes then.

I don't know why ISP's etc use that lingo as it's completely confusing when everything you download/stream etc is measured in bytes.

Your 373kb/s speed would translate into around 46kbytes/s upload speed then, which is pretty much the same as i've got.

You will be fine - i've just changed isp but was previously on about 1500kb/s down and 250kb/s up and online gaming was fine.

This is mine, the download is ok i think, but the upload is [email protected] 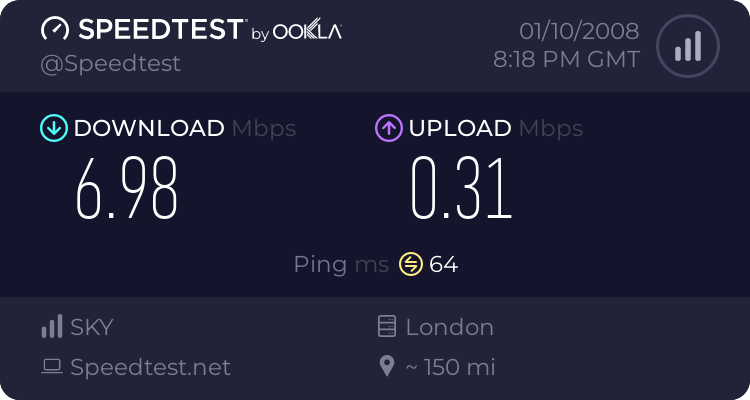 OMG!! I am so jealous of you all, complaining about your slow connections.

Don't get me wrong I can still play online with no lag so thats great, but when it comes to downloading anything OMG it takes a lifetime.

Anyways, here's my connection speeds for everyone to feel smug about... 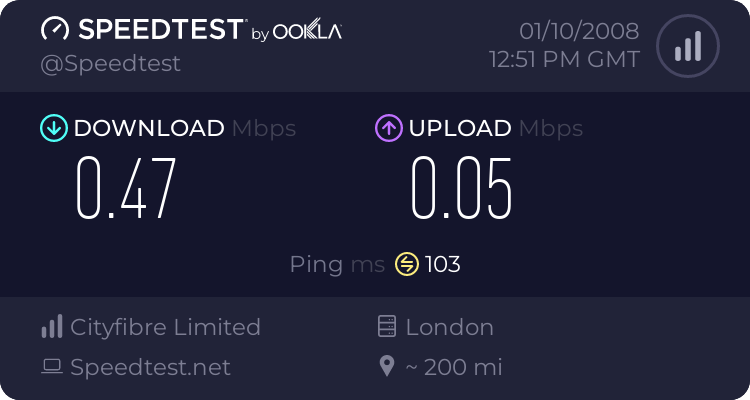 I've never played online, would it be possible with this data..... 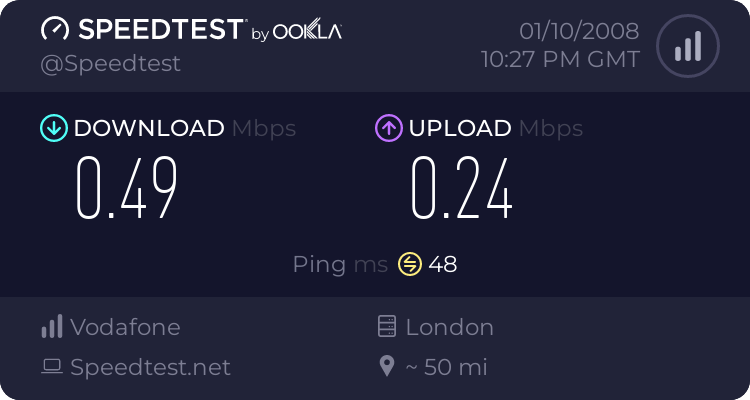 yeah, you'll easily be able to play online since you have a better connection than mine and i play online fine enough. I don't have cod4 so i don't know how bad the lag would be on that with a connection like ours but if monstaracerr is getting lag with cod4 with his connection, it could probably mean there is a problem at the other end of the servers.

Bribrian said:
I've never played online, would it be possible with this data.....

I think you will be fine - even with CoD 4. If you look at monstarracerr stats from speedtest.net although the downloadupload speed is very good it is showing a pretty high ping for a connection to a server in the UK.

Raw speed is fine but you need low latency to have minimal/no lag for online gaming - this is one of the reasons i left Virgin media. Although i thought their problems related to adsl - i presume monsarracerr has a cable connection so i am a bit surprised the ping is so bad.

I had a connection not much different to yours before i switched isp and could play CoD 4 with no lag during the rare times my pings were relatively low but once they got up over 100ms or so i would start to see the lag.
Xbox 360 gamertag: johnnybasement
PSN: johnnybasement

Speed in terms of throughput (what you guys are listing as the main figures in those speedtests) is irrelevant.

Your latency is what is important, the speed it takes to go from A-B not how much you can transfer in one go to A-B. You want a linford christie connection not a Geoff Capes

You should be looking at your ping results. To have a decent online game you need a stable connection, you can use your PC to test this, download a utility like pingplotter or run a "ping <internet address> -t". This will run a continuous ping, what you are looking for is dropped packets, namely times when the ping doesn't get a response, this means that normally you are losing data, which generally means lag in game.

If you ping is above 50 (average over some time) then I would worry, this means that you are not getting decent latency and your online gaming will be affected.

Generally, the biggest difference to your connection speed is your ISP. If you are getting crap latency, unfortunately 90% of the time the only option is to change ISP.
You know like nunchuck skills, bowhunting skills, computer hacking skills... Girls only want boyfriends who have great skills. ....
M

that was a test on my flat mates laptop, so i'm guessing glitch, but its usually about this:

but i have to say recently, the lagging has become a whole new issue! I believe it might have something to do with....

its set up so that dmz is open for my flat mates ps3, the currently only ps3 on the network, is open on his ip.
not sure if this router is suitable?? any help?


b) my flat mates!! one of my flat mates... computer illitirate, insists on going on azureus and other torrent programs, which dramatially slow down the network... to less than 1mb and then it continued to show azureus on the ps3 as a media server :S the network is not set up for torrent sharing...


is it not set up correctly? it worked fine the first day we set it up...


also... I'm in the process of getting myself a ps3... not sure wether to hold out to see whats coming or just go ahead and purchase now??
but i want to add a second ps3 to the network... i know about port forwarding but surely that would only allow one ps3 to connect?

If i connect it to the net through my mac... which acts as a router... would this work?
one can be wired to the router... maybe both of them

is there any special way of configuring the router other wise...


any help with any of these questions answered would be a huge help.. HUGE HELP!!! 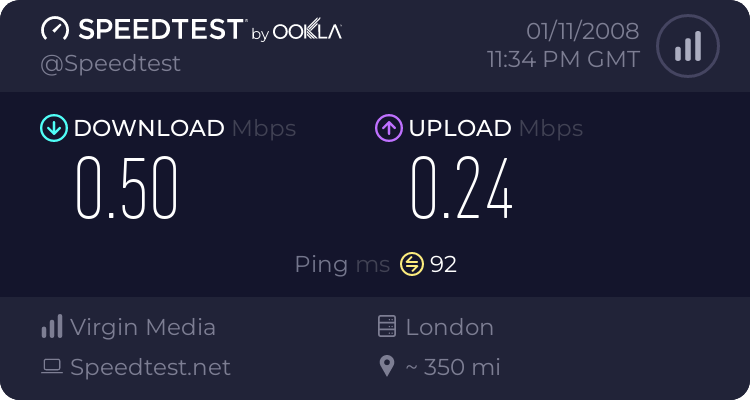 I play fine with this connection...

Its mainly about upload speed. 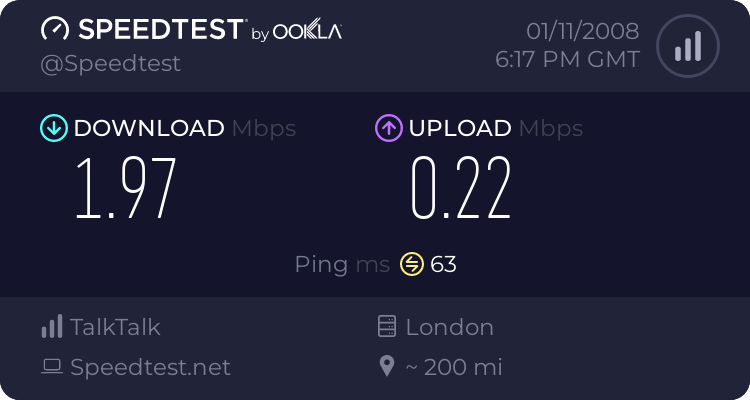 Jamee said:
This is mine, the download is ok i think, but the upload is [email protected]

How do i get more upload speeds????
Click to expand...

I'm with ADSL24, had the choice of their standard or office produce.

The benefit of paying the extra tenner is I get 15GB extra peak download, peak time ends at 8pm, plus I get DOUBLE the normal upload speed.

More expensive than some out there but a first class service 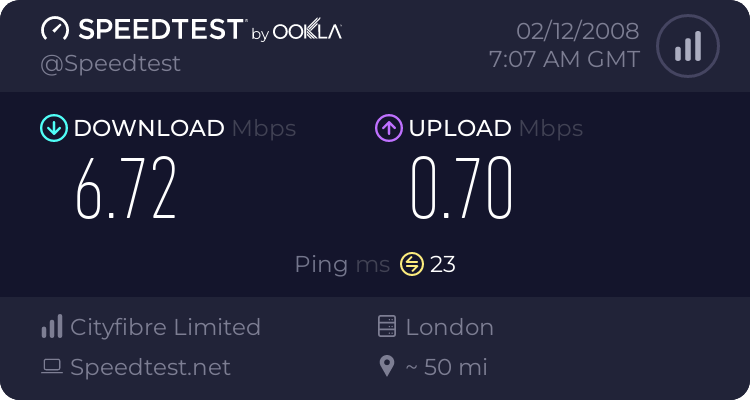 I have not played online with my PS3 yet. Will I be ok with this sort of connection speed? 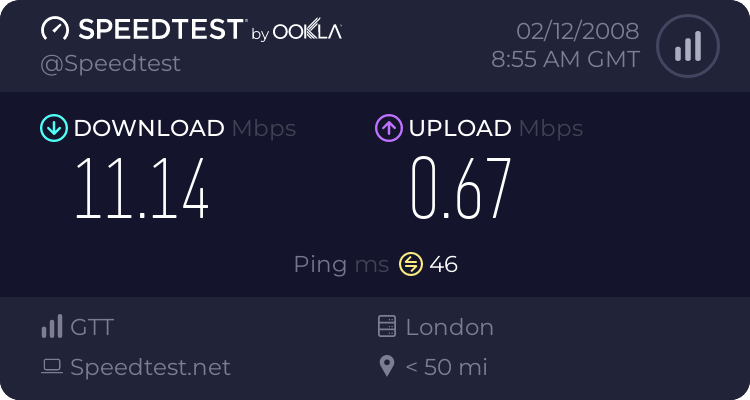 Crustyloafer said:
I have not played online with my PS3 yet. Will I be ok with this sort of connection speed?

BT Broadband are lowering speeds on my contact, are they allowed?