Hello, I recently got the Anthem MRX720 and a Rythmik FVX15 sub. Plan is to setup a 5.1.2 and maybe a 5.1.4 later. Although I couldn't resist getting this sub at a good deal, I feel it maybe overkill for my space, but I haven't hooked up anything yet as I am stuck out of my country without proper means to return.

Missus wont have any more boxes, as the size of the sub is already way beyond her wildest imagination. So we have decided to go in for On-walls and secondly In-walls for the 5 channels. First priority are the LCR, after which we could plan the 2 side surrounds and 2 overheads as remaining budget permits.

Available options for On-wall LCR, unfortunately without an audition or trial are:

Most of the above and similar slim panels have their frequency response starting from 100 Hz or 110 Hz, and I am very concerned (due to lack of knowledge) about crossing over this sub at 100 and above, but then again I have never had such a good sub before.

General consensus seems that the Paradigms go well with Anthem, but no suitable options.

Of the above lot, James Loudspeakers especially the 52Qow as LR and the 53Qow as center seems to be near perfect dimension wise for LCR and the 42Qow or the 43Qow as side surrounds. I don't have a clue as to how they sound. My second choice would be the Dalis. I like the slim profile of the Monitor Audio R225 and it would fit perfectly within the two niches on the sides of the listening space as side surrounds or I could go with the small Oberon 1 or Opticon 1.

I am also very tempted to go with 5 x Monitor Audio R225's all around. But don't know what support to expect for a long discontinued product.

I would be relying on the Anthem room correction and some PEQ settings on the sub in a hope to get an acceptable sound. We do not listen at reference levels anyways. Since my main 2 channel setup is going to remain in shambles for another few months, so I would love to listen to music on the HT setup as well.

For In-walls, not many choices except I keep looking back to Focal 300 IW6 as LR and 300IW6LCR as center and also playing with the idea of Dali Phantom Series. I do understand that there is a fair bit of work to make sealed back boxes for the open back in-walls as they would be in a very large volume of air behind.

Except Dali and Monitor Audio, I haven't heard anything nor I would get an opportunity to do so.

Hoping for your feedback. Thanks for your time. Stay safe.
Its all about the way we "want" to hear it!

You at India still?

Opticon LCR would be safest from those (blind buy) as you have owned Zensors. The new Oberon range is basically new version of Zensors, so maybe more of sideway move as i imagine the Opticon LCR would be more of upgrade and they are also decent sized which is bad news for missus, but otherwise i would rather have something bit "heftier" as on-walls rather than those slim/ultra slim models as this sounds more like cinema room than typical lounge. You have spent good money on receiver and large quality sub which is lovely to see! @Topmetom 2 had them and can tell you more. Clearly they would excel on 2ch listening aswell!

The XTZs look intresting. 3-way with large 8" mid-bass drivers. The company is well known from the Spirit and more so for the Cinema range which i assume are too deep/expensive. Sealed cabs which can be wall mounted.

I am stuck outside India. Hefty advice indeed. There is always this uneasy feeling about the very slim panels. I feel the same way, that although expensive, the Opticon LCR would be the safest bet and a definitive upgrade. I am positive that the missus will love the Walnut finish of the Dali's which would go very well with the current decor. The wide dispersion of the Hybrid tweeters are also favourable.

From low to high, with slender cost differences, the choices are:

1. 3 x XTZ E-IW8 (Possibility of an audition). Can be mounted On-wall as well.
2. 3 x Opticon LCR (No audition). I will be happy to buy blind.
3. Focal in wall combo mentioned in my OP. (No audition -Reason I keep coming back to these is I feel that it would be a bit more heftier especially for music). But involves quite a bit of work which maybe best to avoid. Moreover the installation bracket and the back cans are at a ridiculous additional expense. Looks a killer though.

Thank you for your feedback and time. Stay safe.
Its all about the way we "want" to hear it!

Thanks, but not available here.
Its all about the way we "want" to hear it!

Since a major chunk would go into matched LCR, I would have to fill in the spaces with other brands for side surrounds and heights, which would have different specifications.

Is that all right for the AVR to have a mix of 4, 6 and 8 ohms and different dB? Sonus Faber are 4 ohms and I am quite inclined towards them. Never heard though. Would be nice if someone could share their views on Sonus Faber house sound especially for HT.
Its all about the way we "want" to hear it!

I haven't heard any of these 2 in any form nor will get an opportunity to do so.
Focals are about 320 quid more than the MA.

I know that there are a lot of variables, but generally speaking which would be a better choice.

Thanks. Stay safe.
Its all about the way we "want" to hear it!

Did you read this detailed 2page review already? Clearly they are very good speakers, but that doesn´t really come as suprise seeing how good Focal speakers measure in general and also they are chosen by many studios, DTS using them in demo rooms etc. 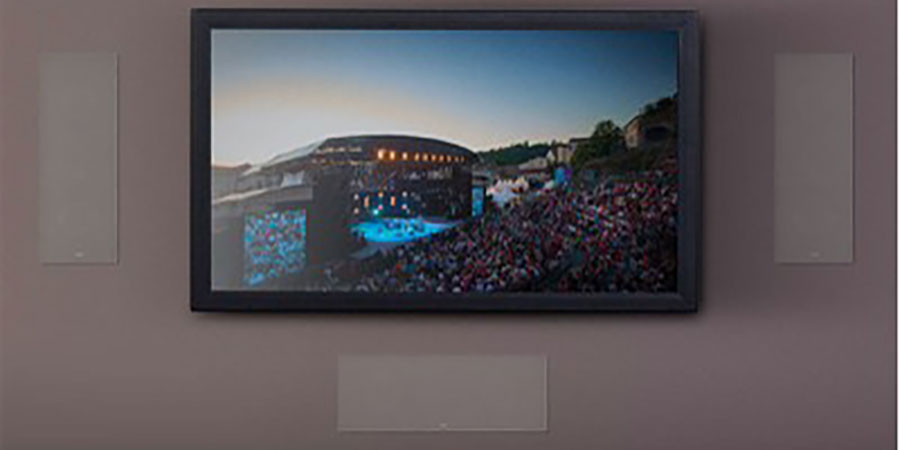 Is the MK Sound IW950 available where you live? 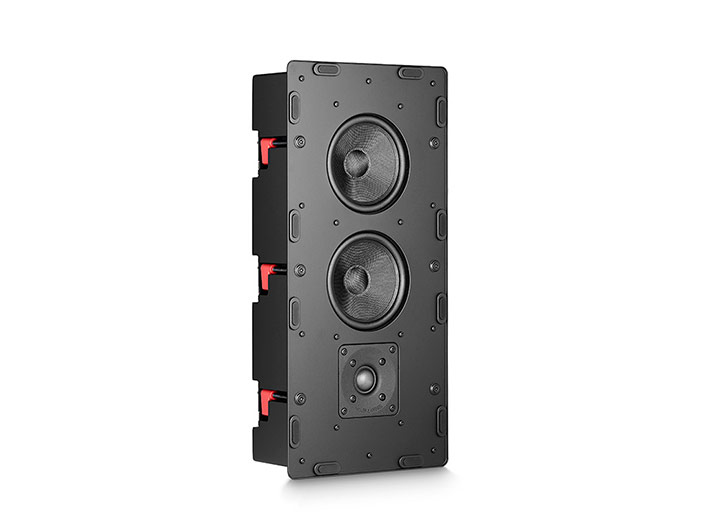 The IW950 incorporates proprietary M&K Sound drive units and technologies drawn from the classic 950 Series. Stable, smooth installation and the same sophisticated design philosophy developed for all M&K Sound speakers ensures even sound throughout any room with superior imaging, whether mounted...

It has the same tweeter to big brother IW150 and some say comes quite close to it. 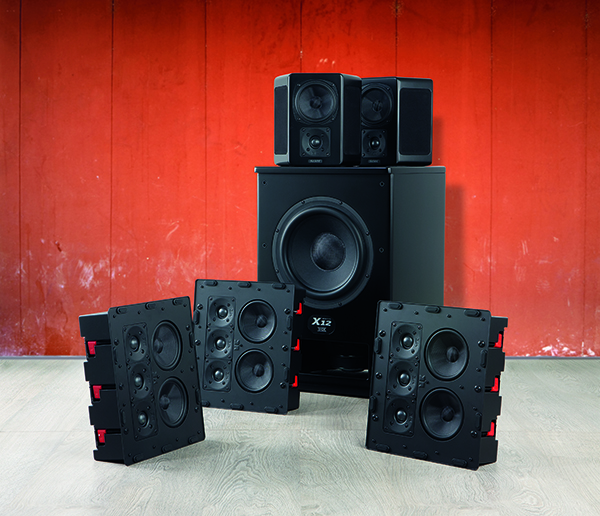 If you browse your dictionary for the word iconic, you’ll probably see a picture of the M&K Sound S150 next to the definition.

Thanks, Gasp. Some of the pictures posted in the review, do show that it is being installed in a cut out with quite a fair bit of air volume behind it, not clear if they made a back box. MK is available but costs a bomb here.

I am just concerned about the unpredictable sound behavior of open backs especially given the fact that all our air volumes are unique. In that sense, I am more inclined towards the closed back MA 260X.

I found this on a french forum, it is an official reply from Focal to a similar concern.

As re-assuring as it might be, I am hesitant to get the Focals, it costs an extra 320 quid over the MA's and I cannot modify the existing paneling to rig up a back box. I'll just have to plonk them in and hope for the best. Not saying that Focals are bad. Just haven't heard Focals or MA in any form.

But if Focals are better than MA 260, then why not. I probably don't need 3 x LCR6, can do with 2 x IW6, and just 1 LCR6 as the center. That would reduce the cost substantially.

Interestingly, Focal does offer a Fire-retardant back can, which is a padded box for their 300 IW6 and not the 300IWLCR6.

Frequency Response for the 300 IWLCR6 from Focal. Frequency Response for the Focal 300 IW6 Lastly, the simplest would be to plonk 3 Dali Opticon LCR's.
Its all about the way we "want" to hear it!

Tough choice mate. I would get the best speakers you can afford for the LCR! You won´t regret it, but you might get buyers remorse if you go cheap. People often keep speakers long time if buying something really good.

@Topmetom 2 didn´t see my bump for the Opticon LCR, have to ask here via PM. They look really good speakers and as you said mounting them on wall would be super easy and to have three identical speakers would be great.

Gasp3621 said:
Tough choice mate. I would get the best speakers you can afford for the LCR! You won´t regret it, but you might get buyers remorse if you go cheap. People often keep speakers long time if buying something really good.

@Topmetom 2 didn´t see my bump for the Opticon LCR, have to ask here via PM. They look really good speakers and as you said mounting them on wall would be super easy and to have three identical speakers would be great.
Click to expand...

I hear you Gasp. Thanks.
Its all about the way we "want" to hear it!

Supporter
Sorry i didnt get a notice id been mentioned...i had the opticon and only changed for the arendals. The opticons are brilliant speakers quite big but once n wall you dont notice them the bass is pretty damn good as well and that tweeter is sublime.. i had andy moore set them up with dirac and he loved them said how good they sounded....I think the rubicon are even better!

Thank you all. I have got 3 x Monitor Audio CP IW 260X for LCR and a pair of Bronze 2 as surrounds. Yet to hook them up.
Its all about the way we "want" to hear it!

Up and Running. Ran them moderately for about 80 hours. Now they are singing with the Anthem beyond my expectations.

Wife has reached out many a time for her phone when it was actually in the movie, kids have jumped with joy and bewilderment many a time. I have a big grin and end up watching their reactions more than the screen.

Though it would have been nice to install them further apart, but couldn't due to the dead end near the Left channel, but that bad feeling has been forgotten. Wife is so happy to have "reclaimed" her "encroached" space.

Thanks to all for the suggestions. Stay safe.
Last edited: Jan 29, 2021
Its all about the way we "want" to hear it!
You must log in or register to reply here.

Living Room what to Upgrade next?
2

B
Suggestions for in wall small speakers
2 3