I do hope you right about Sony this time around as I have zero faith in them for VR so far- there very risk obverse and wont be investing loads into VR software at launch based on there success last time. Its too small a market to get a good return. How many titles did Sony actually publish for the PS4 PSVR ? I think none, but they did inject money in Res 7 and maybe that Xwing demo in Battlefront - which was the best thing they did I think personally. That was so good and they still didnt fund a full VR game of it! Now thats telling. I predict its going to be some nice one off game to grab headlines when it launches and then after that some PCVR games and Oculus stuff at full price on PSVR2 which will be a very comfy a £300-350 price point tethered headset, a bit better specced than a Quest 2 apart from the wire maybe.

Dont get me wrong I am all for this but if I dont think Sony are going to carry VR into the future, there in the band but there playing Bass.
D

The way I view Facebooks plans is. The Metaverse is the virtual web and the HMDs are the browsers. Yes they may kickstart the process and have the first fleshed out places to visit, but they are not the gatekeepers to the virtual web, only the sites they produce.
Last edited by a moderator: Oct 30, 2021
D 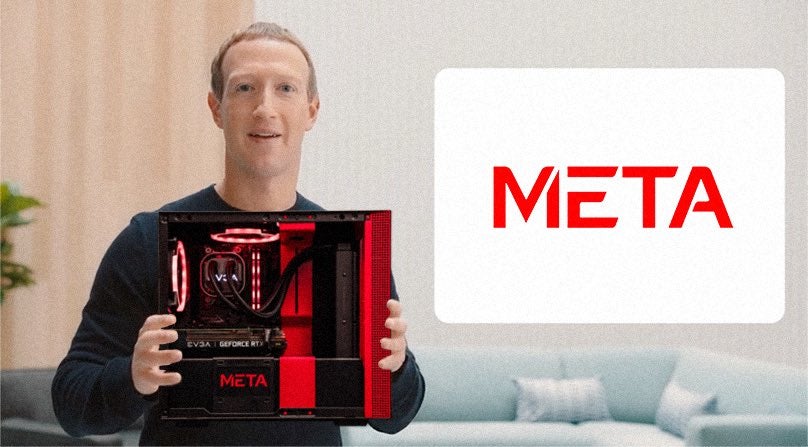 Facebook rebranded as Meta last month, but a PC company already called Meta has something to say about that.

www.ign.com
could be a nice payday for that PC firm

indeed........ Clearly Facebook won't change their branding now and 20mil is chicken feed for Facebook. Good luck to them. That said apparently neither company have the paperwortlk through yet and there is a chance Facebook could get the trademark anyway despite Meta PC being 1st. I hope not. It should be 1st to put paperwork in regardless of how big you are...... ESP if you can show you are using it legitimately.....
(I would have some sympathy for instance if it was some chancer just registering loads of "cool" names and doing nothing with them if they were told to buzz off... Didn't someone back in the day register the name 21st century fox just on the off chance they made a killing?)
Fiat Coupe 2003-2010, 350Z 2010-2015.......... smelly nappies no sleep and nissan qashqai 2015+................................
D

I guess it depends when Facebook put their request in.
I recall a chancer registering PlayStation 1 to 10 domain names a while ago.
You must log in or register to reply here.

Moving on from the Index...